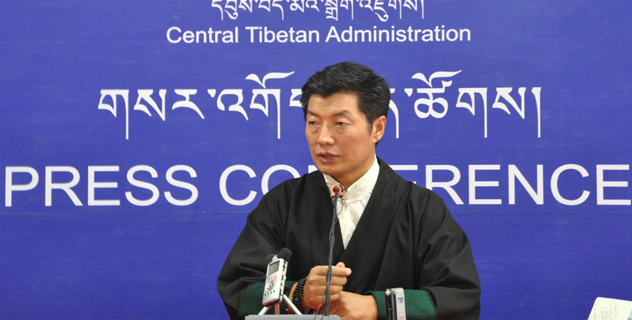 The Central Tibetan Administration (CTA) based in Dharamshala, India, strongly condemns the protests against His Holiness the Dalai Lama organised mainly by non-Tibetans who are linked to the fundamentalist cult associated with the propitiation of Dolgyal (Shugden). Their allegations of human rights abuses against those Tibetans who propitiate this spirit are baseless.

In fact, far from denying them their religious freedom, Tibetan Dolgyal propitiators continue to travel within India and abroad on documents issued by the Indian government with the endorsement of the Central Tibetan Administration. In seeking legal status or political asylum in North America and Europe, Dolgyal followers could be using denial of religious freedom as an excuse, but the very documents on which they stay in India and travel abroad, is issued by the government of India and endorsed by the Central Tibetan Administration. Therefore, the CTA has neither denied them their religious freedom nor obstructed their rights to live in India and travel abroad.

His Holiness the Dalai Lama has advised Tibetans and Buddhist followers that propitiating Dolgyal will lead to sectarianism and spirit/cult worship, which is fundamentally against the teachings of the Buddha. As a spiritual leader, he considers it is his responsibility to guide his followers on the correct spiritual path. Ultimately, it is for each individual to decide whether or not to listen to his guidance. His Holiness has emphasised on numerous occasions that propitiation of Dolgyal (Shugden) is a personal choice.

Despite this well-known fact, groups associated with Dolgyal propitiation persist with baseless allegations that Tibetans who are Dolgyal followers are discriminated against in their access to education, healthcare and other social services. There is no shred of evidence of this as Dolgyal followers continue to go to monasteries and send their children to schools run by the CTA and other autonomous Tibetan schools.

In June 1998, after a thorough investigation, Amnesty International concluded there was no evidence to support these accusations against the Central Tibetan Administration. Similarly, in 2010, a verdict issued by the Delhi High Court, dismissed a case filed by the Dorjee Shugden Devotees’ Charitable and Religious Society against the Central Tibetan Administration and His Holiness the Dalai Lama.

The Central Tibetan Administration has repeatedly expressed its willingness to investigate any instances of discrimination if provided with concrete evidence.  Dolgyal-related groups have yet to provide such information.

Dolgyal groups are violent as demonstrated by the murder of the Principal of the Institute of Buddhist Dialectics and his two disciples in Dharamshala in 1997.  Local police authorities confirmed clear indications that the murderers were directly linked to the Dolgyal (Shugden) groups which include the New Kadampa Tradition (NKT), Dorjee Shugden Devotees’ Charitable and Religious Society and the North American Gelug Buddhist Association. Subsequently, the Interpol issued arrest warrants against two Tibetans who committed the murder. The Indian and US governments have stated that the Dolgyal organisations and their agents pose serious threat to the security of His Holiness the Dalai Lama.

Further information about Dolgyal (Shugden) is available at: www.tibet.net.