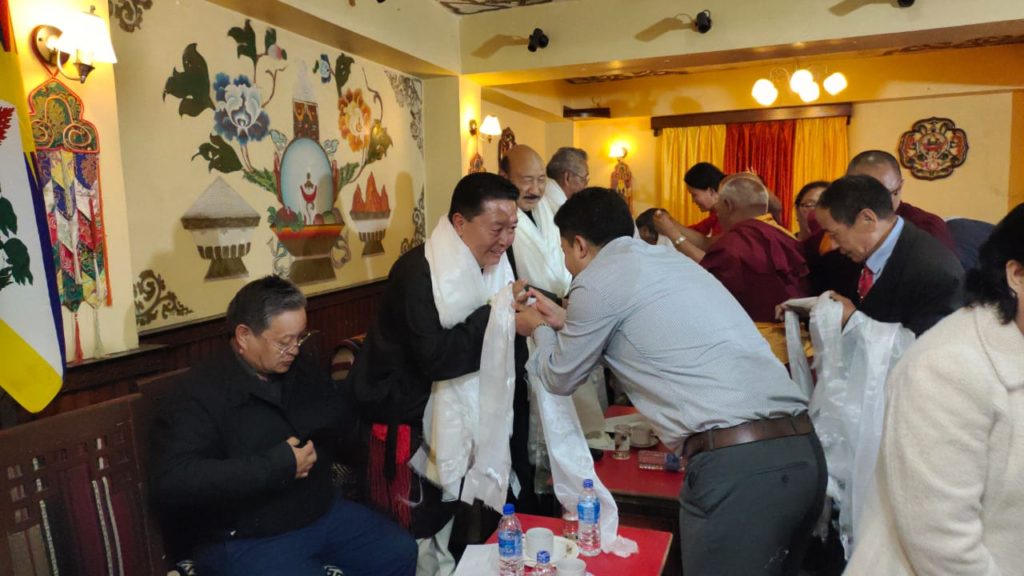 The event started with the offering of butter lamp by Chief Guest, Sh. Rinchen Khandu Khrimey, National Convener, Core Group for Tibetan Cause – India followed with welcome address by Ms Mingyur Youdon, Tibetan Welfare Officer, Gangtok. In her address, she lauded the effort being put together by Indian Masses in general and particularly the members of Indian Tibet support groups under the apex body of Core Group for Tibetan Cause.

The Coordinator for ITCO shared the historical background of ITCO from India Desk. He further underlined about the farsighted vision of this organization with different ideological backgrounds but working in close hands upon the issue of Free Tibet and Save India. Particularly, he highlighted the composition of Core Group Members and its responsibilities throughout India with its assigned jurisdictions.

Sh. Sonam Lhundup Lama shared about his experiences of past, present and his expectations of the future that a Regional Convener can put forward emboldening more awareness on the issue of Tibet and its future stake. Particularly he stated about the joint rally that was organized in Siliguri 2009 from all the Tibetans residing in Darjeeling, Sonada, Kalimpong, Gangtok to protest against the atrocities of Chinese policies resulting self-immolations of Tibetan people inside Tibet. He expressed his deep emotion recounting that he is blessed with words of His Holiness the Dalai Lama that he endeavours to put into practice every moment of his daily encounters. He reassured that he may have been retired but not expired by which he remains committed to engaging into every possible opportunity that may add one more drop of awareness in the ocean of Tibet Mukti Sadhana. 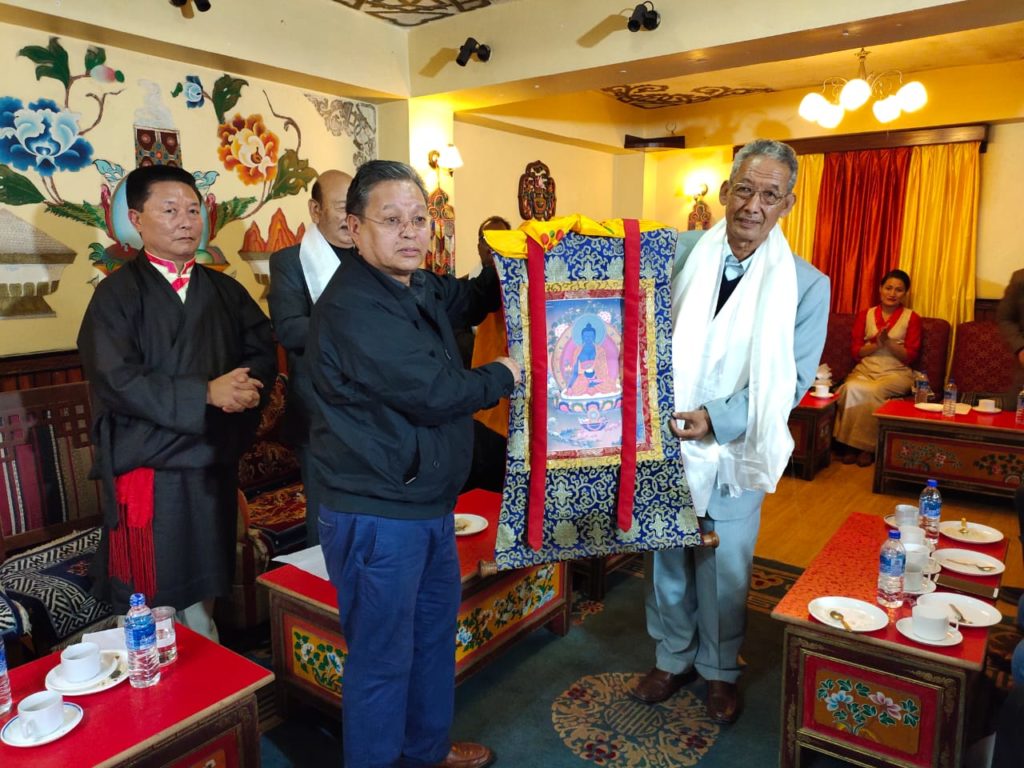 New Regional Convener Sh. Pema Wangdak Bhutia was felicitated with a traditional Khatak presented by Sh. R. K. Khrimey. Followed by this, Regional Convener for Western Region-II (Maharashtra & Goa) Sh. Sandesh Meshram was invited to address the gathering upon his fourth Cycle Rally that may commence from Dharamshala on 1st December 2019, covering more than 7700kms and conclude at Mundgod on 10th March 2020. His first, second and third cycle rally was organized on 10th December 2014 from Nagpur (covering five states Madhya Pradesh, Chattisgarh, Odisha, Andhra Pradesh & Telangana), 10th December 2016 from Nagpur (covering Madhya Pradesh, Uttar Pradesh and concluded in Bodhgaya, Bihar in January 2017) and 24th October 2017 at Bodhgaya (covering West Bengal and concluded in Nathula, Sikkim) respectively. All his cycle rally carries the same message i.e., Free Tibet and Save India that he has been fully devoted and committed to putting forward the aspirations of Tibetan people for the last more than four decades. He shared that information upon his cycle rally and other initiatives can be read and seen on facebook with an address of Samten Yeshi.

Chief Guest at the event Sh. Rinchen Khandu Khrimey lauded all those initiatives that were being carried out by Sh. Sonam Lhundup Lama and his steadfastness for continuing the flame of Tibet’s truth against Chinese injustices. He also expressed his full faith in Sh. Pema Wangdak Bhutia in putting the efforts, experiences and networks that may require in giving new paradigm for representing the voice of Tibet in the region. He applauded the Tibetan people for being consistent and persistent for keeping up their identity while pursuing different forms of profession and skills.

Sh. Khrimey, in his address, laid down his faith in the Prime Ministership of Sh. Narendra Modi that time will prove sooner or later he will take up this issue and a solution will come out certainly. He also appreciated the participation of a large number of Tibetan youths in the event that reflects the continuity of Tibetan movement no matter how long it may take.

At ITCO’s coordination with joint efforts of TSO, Gangtok, Six Tibetan Associations of Gangtok, the event was attended by more than 150 participants, with special invitees of TSOs of Darjeeling, Kalimpong and Ravangla, distinguished representatives from Monasteries, Namgyal Institute of Tibetology, Bharat Tibbat Sahyog Manch, Media particularly the Chronicles and others. The event concluded with vote of thanks being presented by Mr. Karma Namgyal, Office Secretary and MC for the event. 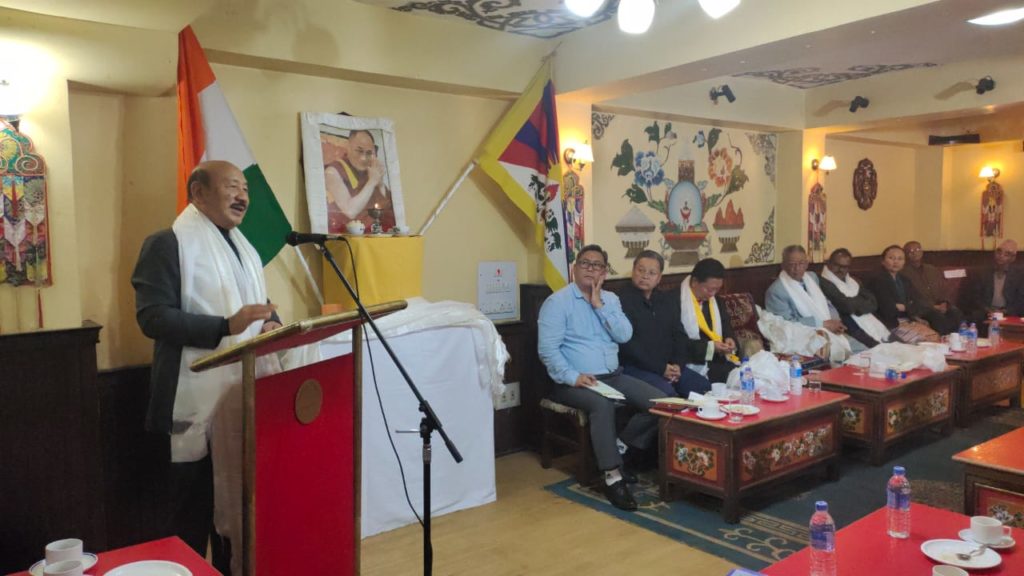 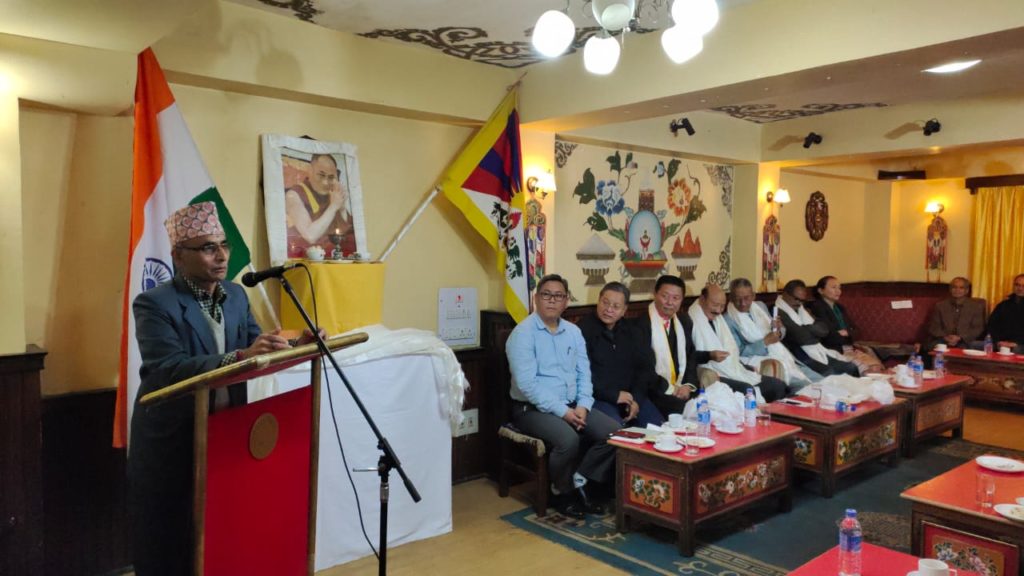 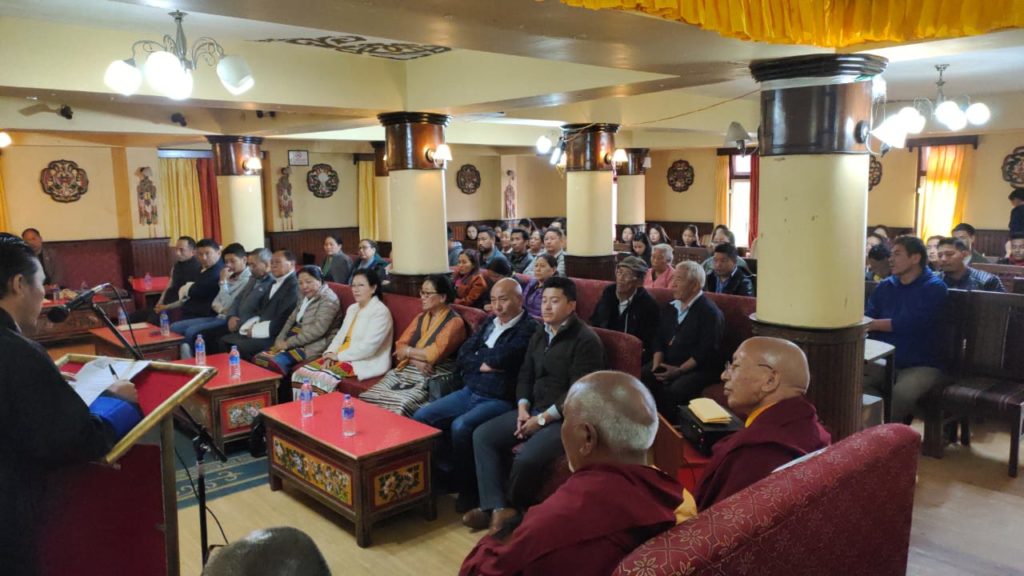 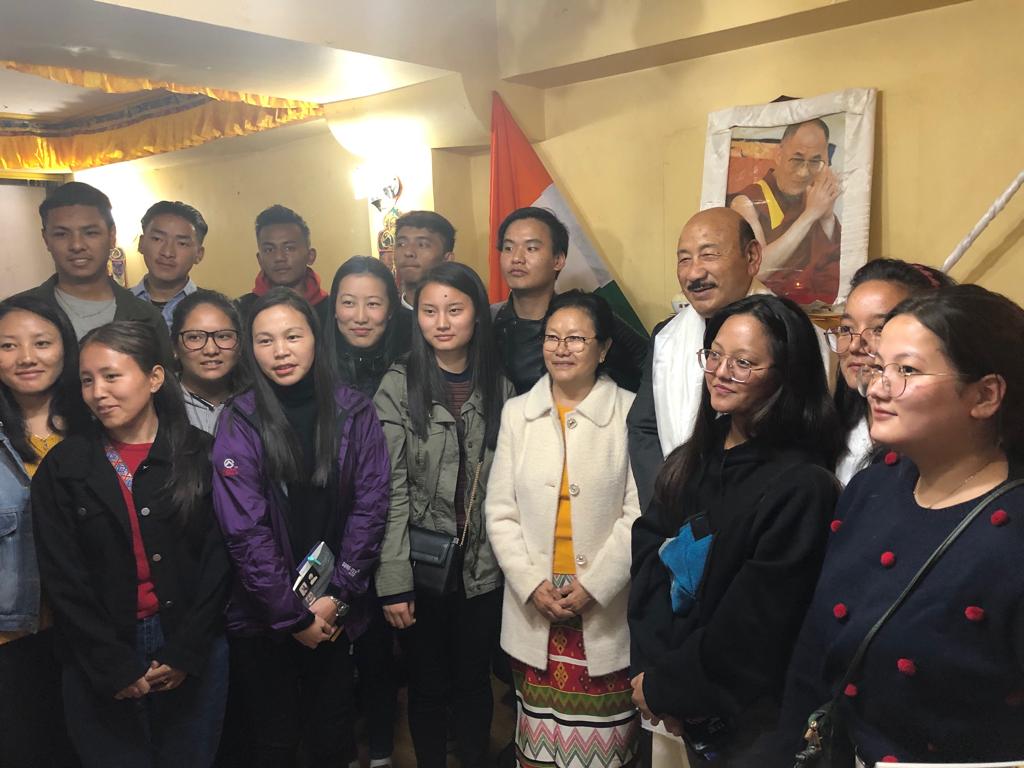