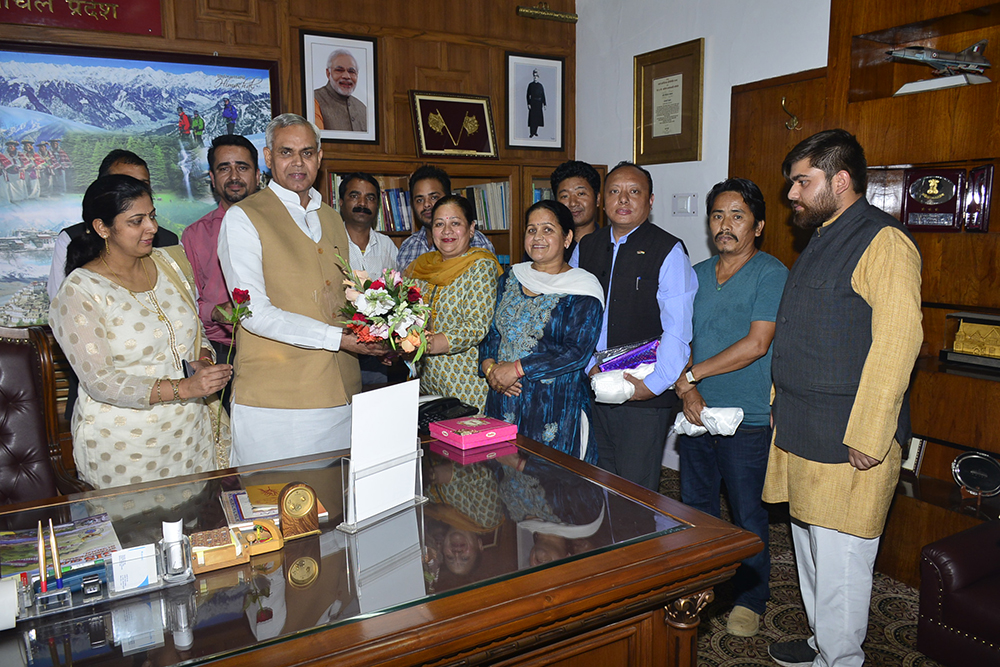 SHIMLA: On behalf of the Central Tibetan Administration, the Chief Representative of Shimla called on Governor of Himachal Pradesh, Shri Acharya Dev Vrat at his office on 12 July. Settlement Officer was accompanied by standing committee of Himalayan Parivar, office staff, and camp leader.

Chief Representative apprised the situation of Tibetans residing in Shimla and extended heartfelt gratitude to the Government of Himachal for hosting Tibetans for a long time. He also informed Governor about CTA’s yearlong Thank You India program commemorating the 60th year of His Holiness arrival in India.

On behalf of the Central Tibetan Administration, settlement officer offered a Thank you year Calendar to honourable Governor with a traditional white scarf as a symbol of gratitude and love to the Shimla state and its great people. 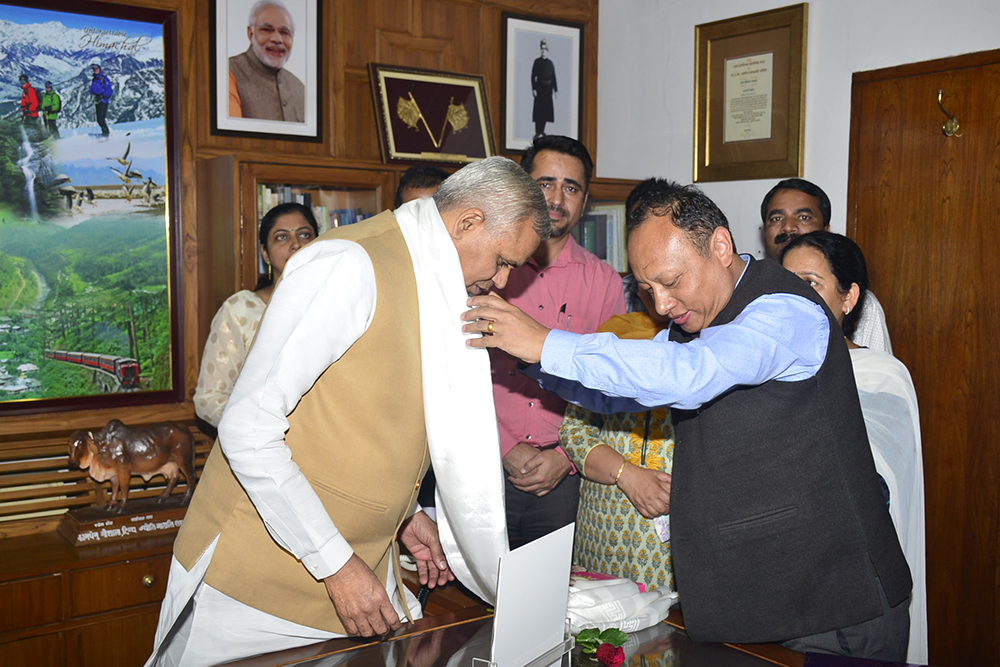 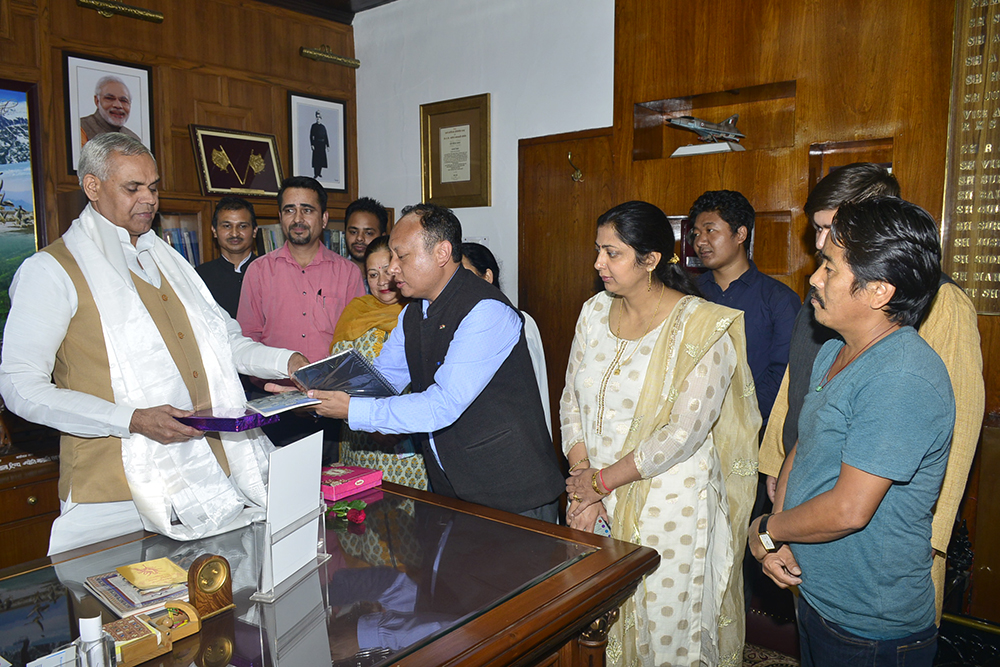 Chief Representative presenting Thank You India Calendar and memento to the Governor of Himachal at his office.