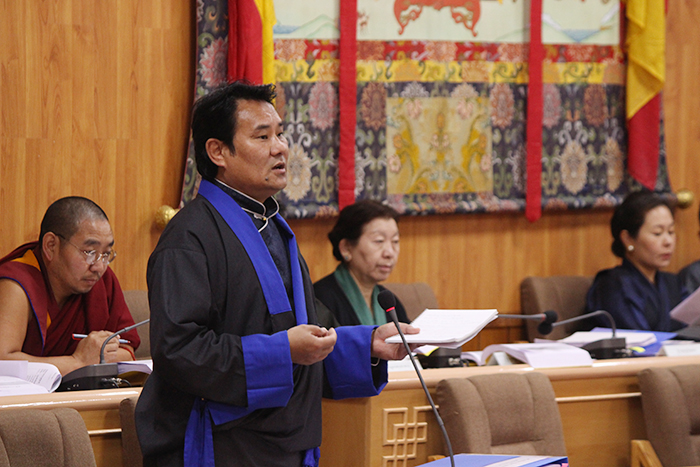 Dharamshala: Chaired by Speaker Pema Jungney, the session began with the continuation of debate and approval of the proposed 2019-2020 Special Recurring budget and Surkyul budget of Department of Health, including Surkyol budget of Ngeonga School, a school for Tibetan Children with Special Needs and three hospitals under Department of Health.

Debate on Surkyol budget of the Department of Religion and Culture continued from the last day and was sanctioned.

Parliamentarian Juchen Konchok Choedon proposed the bill on Rules and Regulations of Regional Tibetan Freedom Movement and Parliamentarian Dhondup Tashi Tsaneytsang supported the bill proposed. The amendment proposed on Article 5 regarding ‘Eligibility of the members of the Regional Tibetan Freedom Movement’ was also passed for the second reading.

Debate and discussion on 2019-2020 proposed budget of the Department of Education are open for the next day, as no decision has been made today.

The House welcomed Prof. G. S. Murthy, Honorary president of Sanskrit Gaurav Sansthan (An all India body) for Andhra and Karnataka provinces and Vice Admiral Raman Puri, Director of the Institute of National Security Studies and the Forum for Strategic and Security Studies, who were received by Speaker Pema Jungney and Deputy Speaker Ven. Acharya Yeshi Phuntsok in the speaker’s cabin and the Parliament Session. The deputy speaker briefed them about the procedures of Tibetan Parliament-in-Exile and other Parliamentary practices. 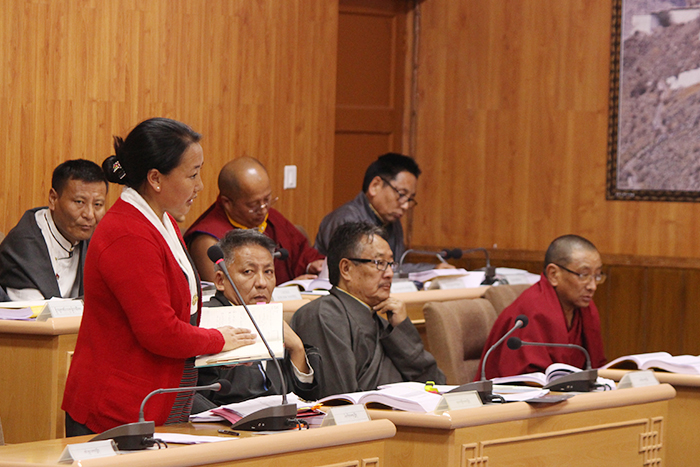 Education Kalon(Minister)Dr. Pema Yangchen on the seventh day of the 7th session of the 16th Tibetan Parliament in Exile. 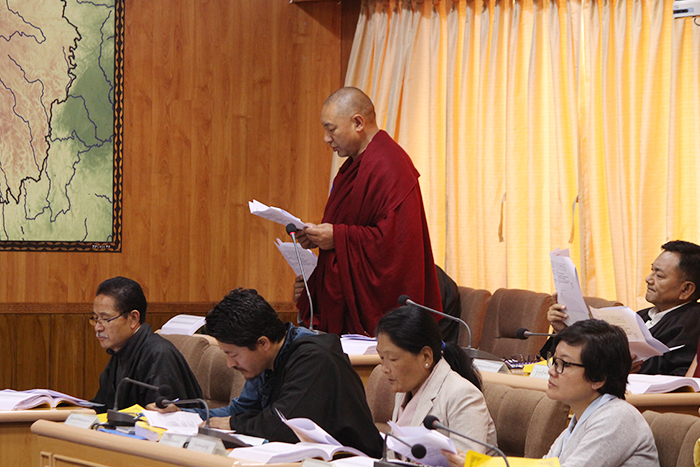 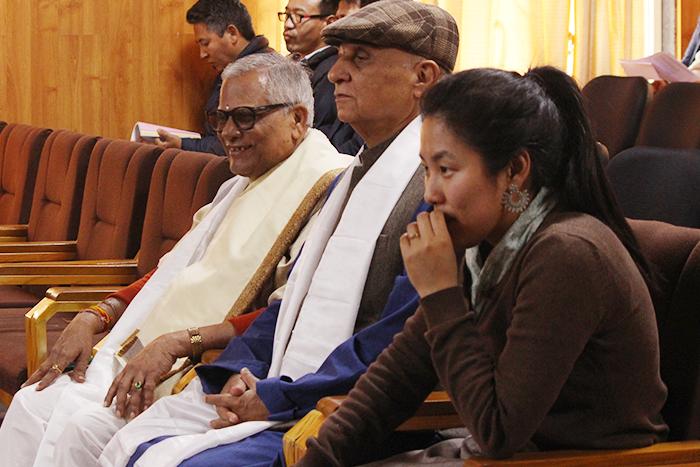 Prof. G. S. Murthy and Vice Admiral Raman Puri observing the proceeding of the 7th session of the 16th Tibetan Parliament in Exile.