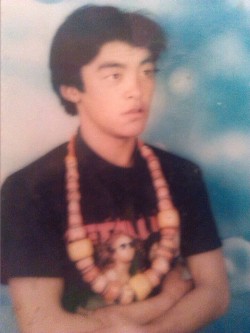 DHARAMSHALA: The Chinese government has increased security clampdown in Ngaba in northeastern Tibet after a Tibetan set himself on fire to protest against its repressive rule in Tibet. He reportedly succumbed to his burn injuries, according to confirmed information from Tibet.

All the shops and restaurants remained shut and mobile phones of Tibetans were confiscated as the Chinese government stepped up security across the region.

Sources said Kunchok Tseten had told a relative this summer that he would set himself on fire to protest against the Chinese atrocities on the Tibetans. The relative advised him not to take his own life. Kunchok Tseten is a native of Chukhama village in Machu county (incorporated into China’s Gansu Province). He has two children.

“Tibetans inside Tibet are living under heavy repression. There is a total clampdown on any conventional means to express their grievances. These conditions have led to the growing number of self-immolations inside Tibet. We implore Chinese leadership to address the grievances of Tibetans immediately,” said Mr Tashi Phuntsok, Secretary for Information and International Relations of the Central Tibetan Administration.

Political repression, cultural assimilation, social discrimination, economic marginalisation, environmental destruction and lack of religious freedom are the primary factors driving Tibetans to self-immolation. According to Human Rights Watch, two million nomads were resettled in ghetto-like accommodations without their full consent and proper consultation. The repressive policies have also resulted in recent incidents of violence in several mining areas in Tibet. The only way to end this brutal and grave situation is for China to change its current hardline Tibet policy by respecting the aspirations of the Tibetan people.

The Central Tibetan Administration has consistently appealed to and discouraged Tibetans from drastic action, including self-immolation, as a form of protest. The blame as well as the solution for the self-immolations lies with the Chinese government.