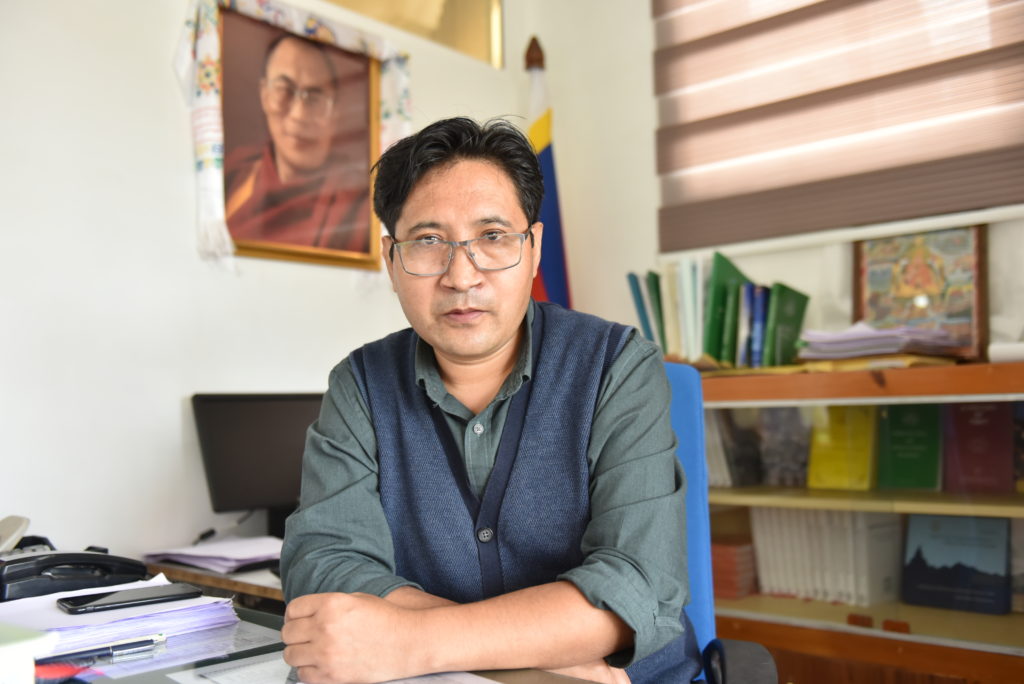 Dharamshala: Mr Karma Choeying, Secretary of the Department of Information and International Relations (DIIR) has been appointed as the official spokesperson of the Central Tibetan Administration, according to a circular issued by the Kashag Secretariat.

The appointment was effective from 21 August 2020.

In addition to his current role as DIIR Secretary, Mr Karma Choeying now assumes the charge of CTA spokesperson.

Mr Karma Choeying was born and brought up in Ladakh. He went to Tibetan Children’s Village school in Ladakh and passed class XII from Upper TCV in 1992. In 1995, he graduated in commerce from Delhi University. After a brief stint at the TCV Suja school as a part-time teacher in early 1996, Mr Choeying joined the Central Tibetan Administration in September 1996 as an Undersecretary. In his 24-year long illustrious service, Mr Choeying had served as office secretary at the Tibetan settlement office, Dehradun; Co-operative secretary for Rabgay Ling Tibetan Co-operative Society, Hunsur; Tibetan welfare officer in Kalimpong and Darjeeling; Administration section head, DIIR; General Secretary, Bureau of His Holiness the Dalai Lama, New Delhi; Secretary at the Office of Tibet, Brussels; Additional Secretary at the Department of Home and currently as DIIR Secretary. He is also an alumnus of the University of San Francisco. In 2007, he received the Tibetan Scholarship Program award for a one-year study program at the University.