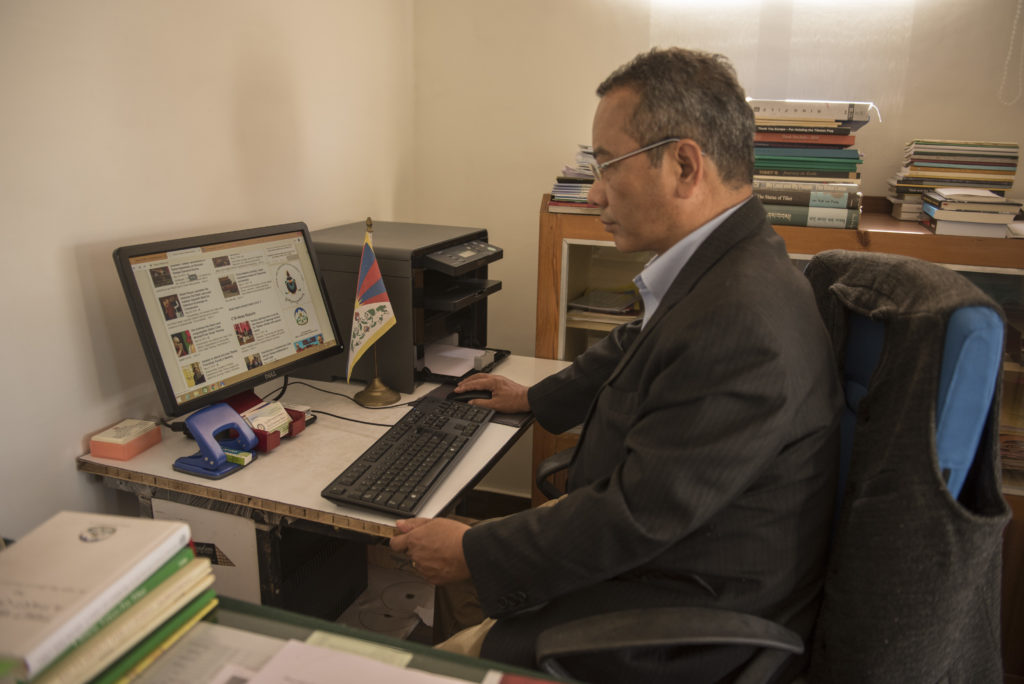 Tsewang Gyalpo Arya (TGA): I grew up in Happy Valley, Mussoorie, and Sakya Puruwala Tibetan Settlement. I also have a fond childhood memory in Dolanji Bonpo Settlement. I did my schooling in Central School for Tibetans in Mussoorie. I served as House prefect and later Vice Captain of the school. After graduation, I was selected as one of the five students to study in Japan under the Naritasan Shinshoji Temple’s sponsorship program. I studied Japanese and International Trade & Economics at Chiyoda College of Business, Tokyo. I joined the Paljor Department of Central Tibetan Administration (CTA) in 1988 as Assistant Export Manager of Charitable Trust Handicraft Exports (CTHE) in Delhi. Gradually over the span of ten years, I was promoted to the post of Chief Economic Research Officer, then as President of CTHE and later as Director of Paljor Publications.

I completed my B.A. from Punjab University; M.A. Economics from Annamalai University; M.A. Japanese Studies and Diploma in Tibetan Language & Literature from Delhi University. In 2000, I joined the mainstream CTA as Deputy Secretary in the Department of Finance. In 2005, I was appointed the Secretary of Liaison Office of His Holiness the Dalai Lama in Tokyo, and later in 2013 as Secretary of Bureau of His Holiness the Dalai Lama in New Delhi. Last year in May I was transferred to the Department of Home as its Additional Secretary and later to the Department of Information and International Relations (DIIR). In May 2019, I was promoted as the Secretary Information of DIIR.

SME: Please explain your job description and how best does your work represents you or vice versa.

TGA: Here in the Department of Information and International Relations (DIIR), I work as the Chief of Tibet News Bureau (TNB). The Bureau monitors, processes and produces information on Tibet related issues and disseminates the information mainly through three channels. They are Tibet TV online, official websites and the print media. All these three channels are trilingual in Tibetan, English, and Chinese. You can access online TV through www.tibetoline.tv Our websites are www.bod.asia in Tibetan; www.tibet.net in English and www.xizang-zhiye.org in Chinese. The Print media are Sheja and Bodmi Rangwang in Tibetan, Tibetan Bulletin in English and Xizangtongxun in the Chinese language. Very soon we plan to launch the Hindi language service too. We also publish books on Tibet related subjects. It is teamwork, and this teamwork is best epitomized through how we represent the voice of Tibetans in and outside Tibet, and how we effectively link all the Tibetans and supporters through Tibet News Bureau (TNB).

SME: What inspired you to serve the CTA?

TGA: My (late) mother Lhamo Tsering (from Toe Yanchab Tingka) was a great inspiration behind my resolve to serve CTA. In the early 1970s, socio-economic conditions of the Tibetans were very poor. When we were small, my mother would tell us that this hardship in exile is because of the Chinese occupation of Tibet, but His Holiness the Dalai Lama is working hard to restore our freedom. “You should study hard and follow Him in restoring peace and freedom in Tibet.”

Although she was not literate, she would tell us many didactic Tibetan folk tales, and about Ling Gesar and life of Milarepa, and about Tibetan operas (Lhamo) Nangsa Wobum, Drimed Kunden, Drowa Sangmo, etc. all out of memory. All these tales, epics and operas contributed greatly to awakening the Tibetan within me. So, I feel a great sense of fulfilment living up to my mother’s words.

The Chief Abbot of Naritasan Shinshoji Temple Ven. Tsurumi Shoseki (late) was of great inspiration. He took great care of us while in Japan and frequently reminded us of our responsibility to serve our community and visited us several times in India to see our work.

TGA: Being a CTA civil servant at this crucial time of Tibetan history is very important. Tibetans all around the world have this dream of Free Tibet and all are dedicated to the just cause of Tibet. All are contributing in concordant to their time and capacity. Many non-Tibetans are also equally devoted to the Tibetan cause and contributing accordingly. But you need a strong resolve to be a CTA civil servant at this difficult time, and a Karma to overcome the challenges that lay ahead. So, being a CTA civil servant to me means serving the cause of our motherland under the blessing of His Holiness the Dalai Lama.

TGA: Doing your best and sincerely is the key. We need to nurture and cultivate young leaders. Within the limited resources of the Administration and external factors, we need to make the best of our effort to march together toward the realization of our sacred goal of Free Tibet. Passing on to our youngsters the spirit and the ember of our struggle is very important. I think I could make a difference by working sincerely and inspiring the youngsters. Through my work, if I am able to awaken the Tibetaness and the sense of duty in our youngsters, then I would assume that I have made some differences.

TGA: His Holiness the Dalai Lama and His dedication towards the wellbeing of all sentient beings in general and Tibetan struggle, in particular, is a great inspiration to many and I am no exception. I have greatly benefited from His teaching and His life. I also greatly admire (late) Professor Namkhai Norbu, whose works taught me how to look at Tibetan history and the Tibetan identity. His works are a source of delight and tribute to the rich ancient wisdom of our forefathers. His short work, “The Necklace of dZi” especially dedicated to young Tibetans was a great inspiration, and I recommend our youngsters to read this book.

I take this platform to thank my eldest sister and (late) eldest brother who worked along with my mother and sacrificed their education opportunity to have me and my other siblings go to school. To all such sisters and brothers around the world, I pay my deep respect here.

TGA: At this crucial time of our history, it is very important to keep our struggle alive. For this CTA and the people working in it are very important. So, if you want to realize the dream of free Tibet, joining and working sincerely in the CTA is imperative. You may not be able to free Tibet, you may think that you as one person may not make much difference, but what nobler task can you have than the sacred duty to restore the lost freedom of your motherland. If Tibet is to resurrect and live, Tibetans must struggle and persevere. This is my message to the young Tibetans. 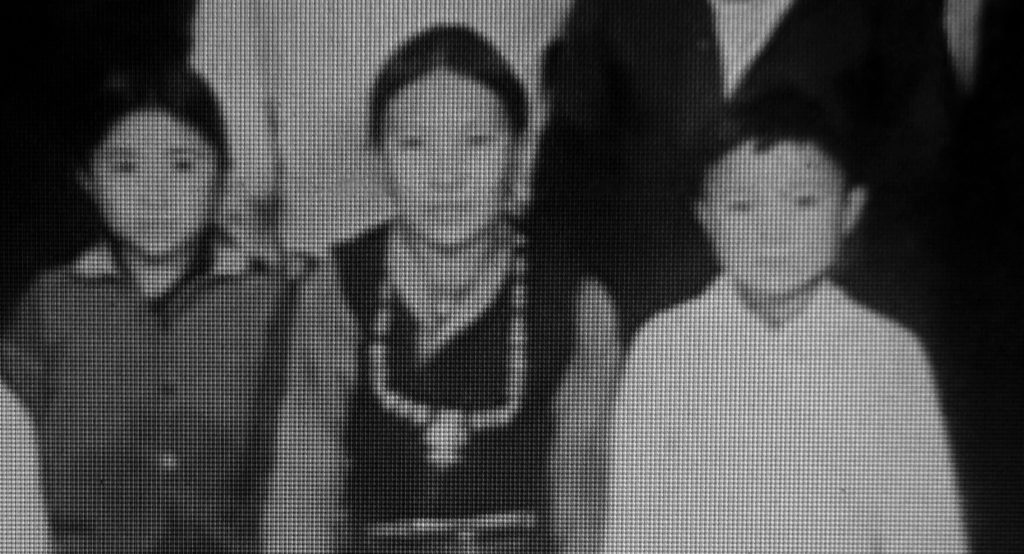 (From left) My eldest sister Yangzom, my mother and my eldest brother (late) Nyima Tsering. 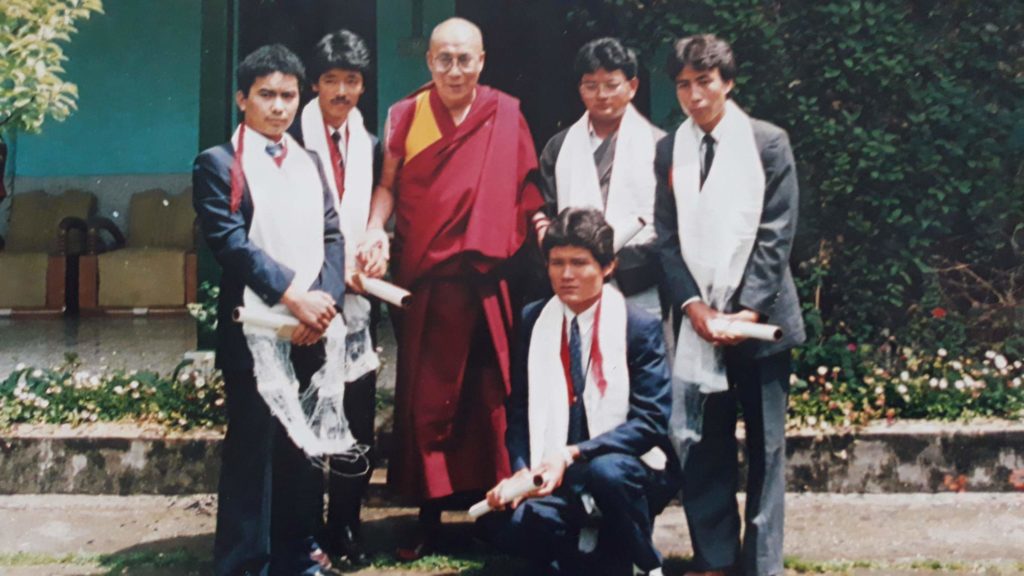 Audience with His Holiness the Dalai Lama after our study in Japan, 1988. 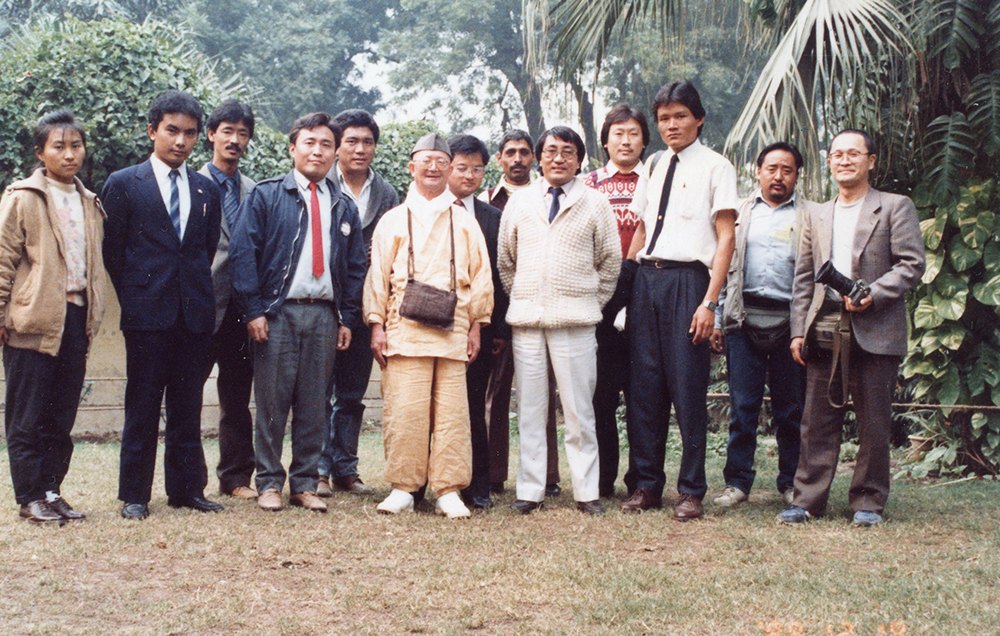 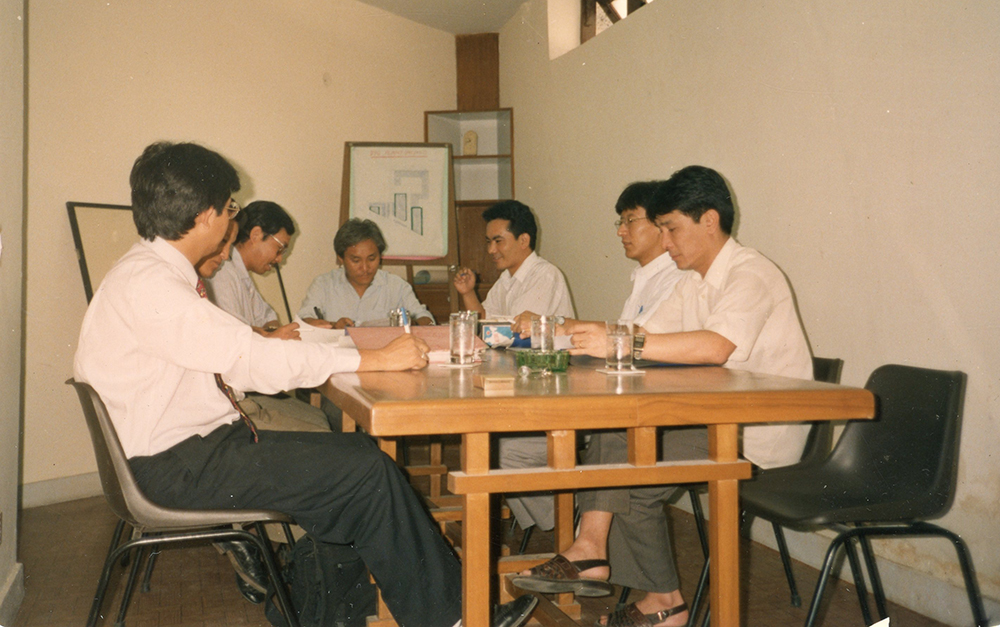 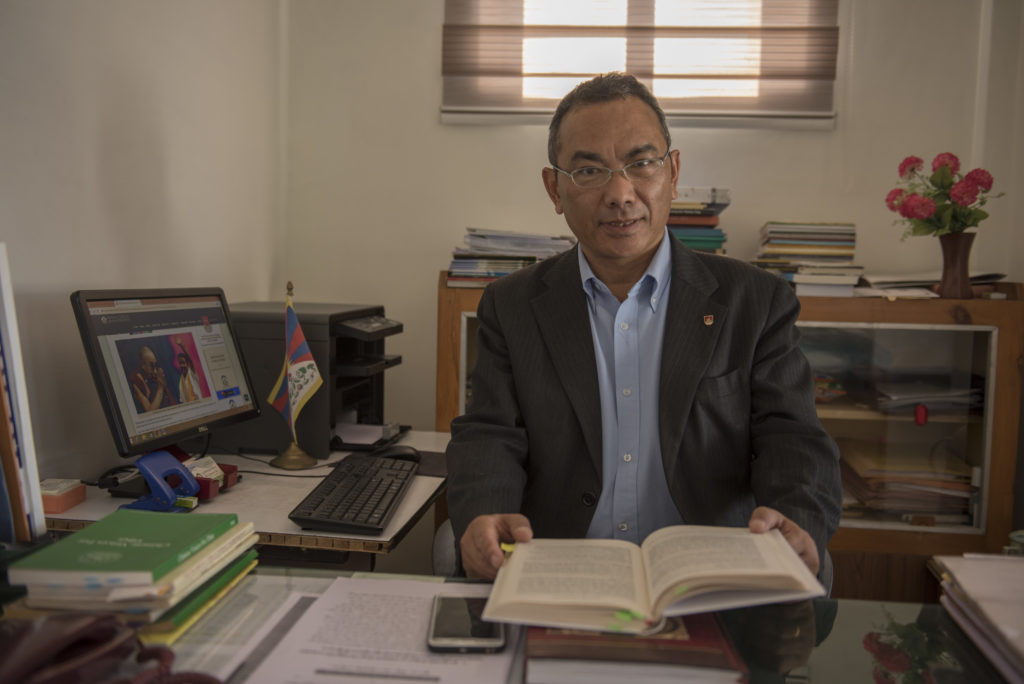