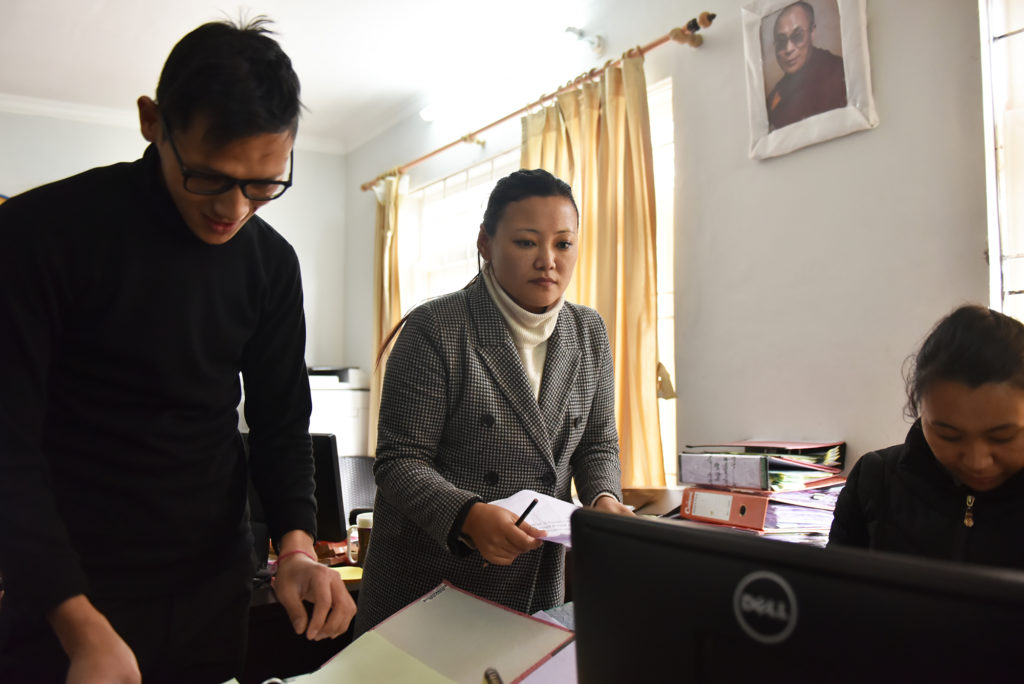 Social Media Executive (SME): Could you tell me briefly about yourself?
Tenzin Zeydhan (TZ): I was born in exile, Tibetan settlement Paonta Sahib, Himachal Pradesh. I did my schooling at Central School for Tibetan, Paonta Sahib, and Mussoorie. Thereafter I completed my M.Com and B. Ed from Delhi University. I joined CTA in 2008 as an assistant accountant of the Tibetan Administration Welfare Society (TAWS) and His Holiness the Dalai Lama’s Charitable Trust (HHDLCT) under the Department of Finance. After two months, I took over the accounting of TAWS and soon I was appointed as the Chief Accountant of both sections. It has been more than eleven years now but I vividly remember the excitement when I first applied for the CTA job. I believe I still have that same passion. Nonetheless, now I am a working mother, trying to keep the right balance between work and a family. It is not easy but I believe in womanhood and I am up for any challenge. Women represent half of the world’s human population, the capacity of this portion should not get undermined due to her having a baby. Thus, to briefly tell about myself, I am a daughter, a mother, a wife, and a proud Tibetan woman.

SME: Please explain your job description and how best does your work represents you or vice versa?
TZ: Currently, I work as the chief accountant of TAWS & HHDLCT, Department of Finance. My main work is to maintain accounts of both sections and make sure it is properly maintained in compliance with CTA’s internal rules as well as host country’s Law of land. Coming from the Commerce field, the numerical figures always get me interested and after many years of my service in CTA my interest has only augmented.
I have always worked with full dedication and determination. In the beginning, it was quite difficult, especially adjusting in the new environment but as time goes by I learned and become more competent at my job. My designated job has taught me so many skills and I believe there is still more to learn.

SME: What inspired you to serve the CTA?
TZ: The inspiration definitely came from my parents. Back in my school days, my parents used to write me many letters and there was no single letter which hadn’t mention how grateful we should be towards His Holiness the Dalai Lama, for his kindness and how crucial it is to serve Tibetan community. I feel the depth of their letters as I grow older. Reflecting on my parents’ dedication to their services. My dear father was a nobleman, a retired army officer who served 35 years in the Tibetan SFF army or Established 22. My mother served 13 years as a Kindergarten teacher in Paonta TSO. I am also inspired by our older generations who worked hard for the CTA when circumstance was much harder. I feel lucky that I had the opportunity to serve with some veterans of CTA.

SME: What does it mean for you to be a civil servant in CTA?
TZ: I feel very fortunate and proud. I am grateful to be able to serve and fully utilize my capacity to contribute towards Tibet’s cause and Tibet community.
CTA is the continuation of the government of independent Tibet, and solely represents the legitimacy of Tibetan people inside and outside Tibet.

SME: How best do you think you can make a difference to CTA?

TZ: By doing what I am good at with full dedication and determination I believe my contribution will bring positive differences.
I feel every person is unique, having their own unique qualities and skills. Everybody is capable to make a difference in their ways. However, one should have a drive inside to ignite and keep the fire on. I surely understand that one should partake in any activity without hesitation in bringing differences. One should try to contribute irrespective of how small it is. Small changes will lead to a bigger Change.

SME: Who is your role model and why?
TZ: My role model is His Holiness the 14th Dalai Lama and my dear father.
His Holiness the Dalai Lama was so young when he became the leader of Tibet and the leadership he has provided to the World is amazing. His hard work for world peace is an inspiration. My father was an honest, kind and courageous man. Whenever I recall a moment I shared with my father, there is always something to learn from it and I do every time as I think of him.

SME: What is your piece of advice for the young Tibetans serving or wishing to serve at CTA?
TZ: CTA is not an organization that is built for one particular purpose. CTA not only represents Tibetans globally but also rehabilitates Tibetan refugees and has the responsibility of restoring freedom in Tibet.
Youngsters must not be upset with some office protocols, rather, you must all look forward and serve to your fullest. There are plenty of opportunities to learn and self-development. You can be an example and make positive impacts. CTA will be efficient if its civil servants are efficient. Civil servants are the backbone of CTA. The responsibility towards Tibet’s cause cannot be ignored and the younger generation has to be ready to take up the struggle. Generations will come and go, but CTA and Tibet struggle must survive until the struggle is resolved. 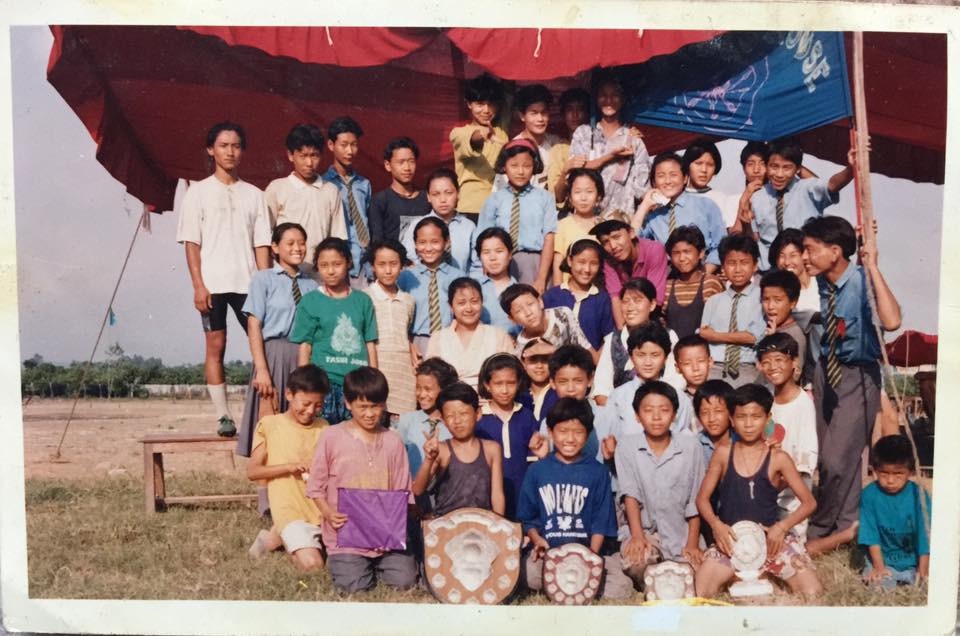 Tenzin Zeydhan with her school mates at the Central Tibetan School Paonta Sahib, 1994. 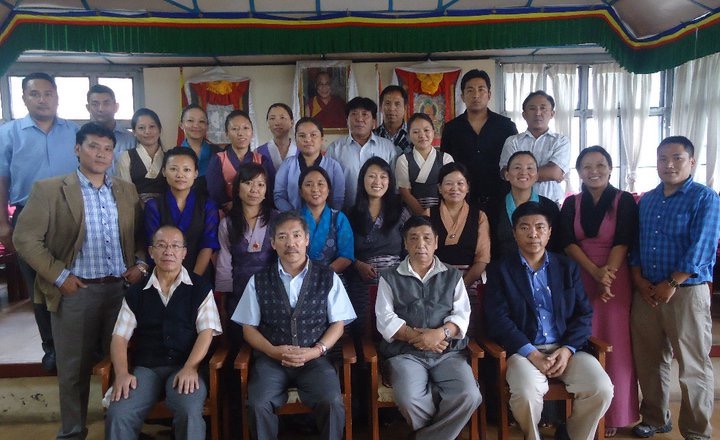 Tenzin Zeydhan with her colleagues and CTA officials at the Department of Finance, 2010. 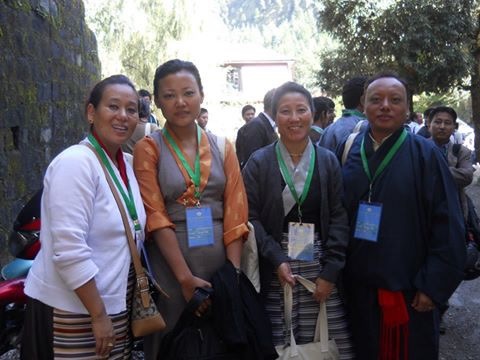 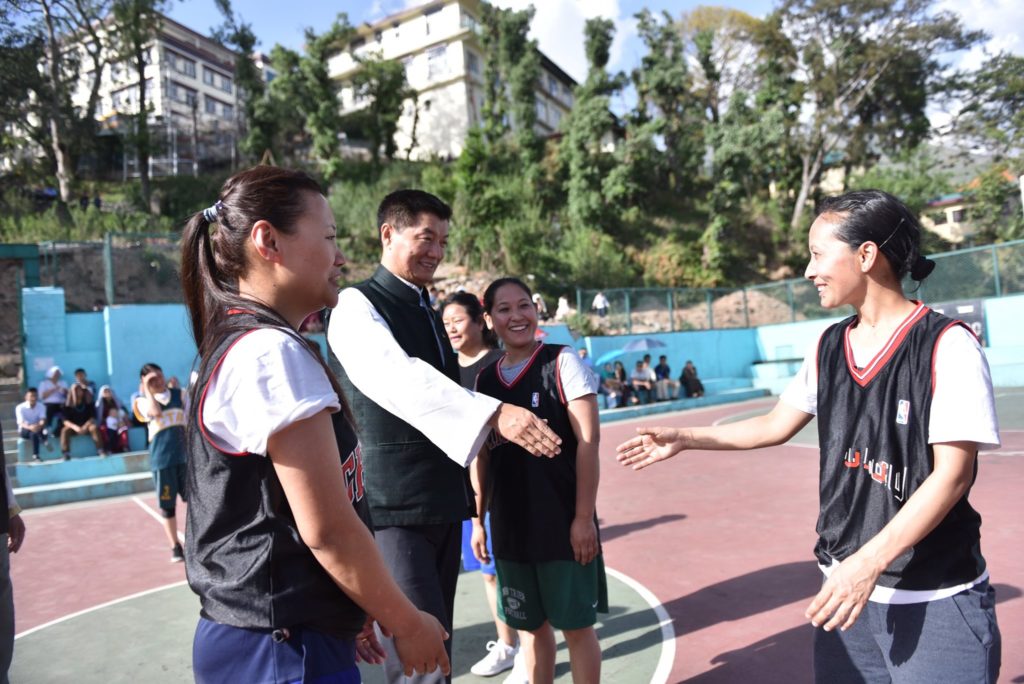 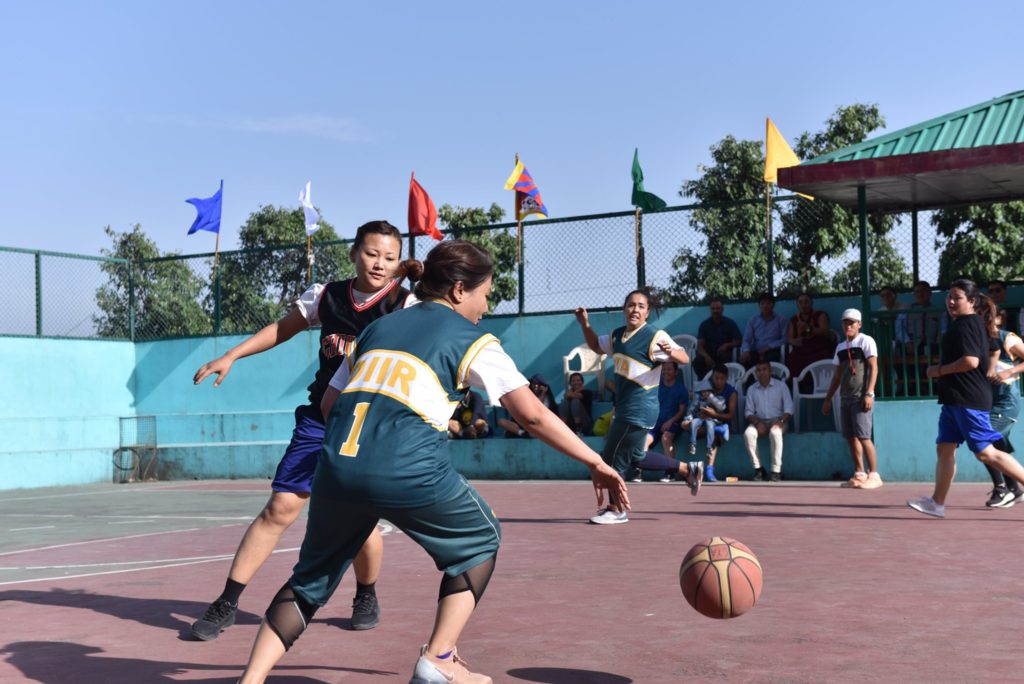 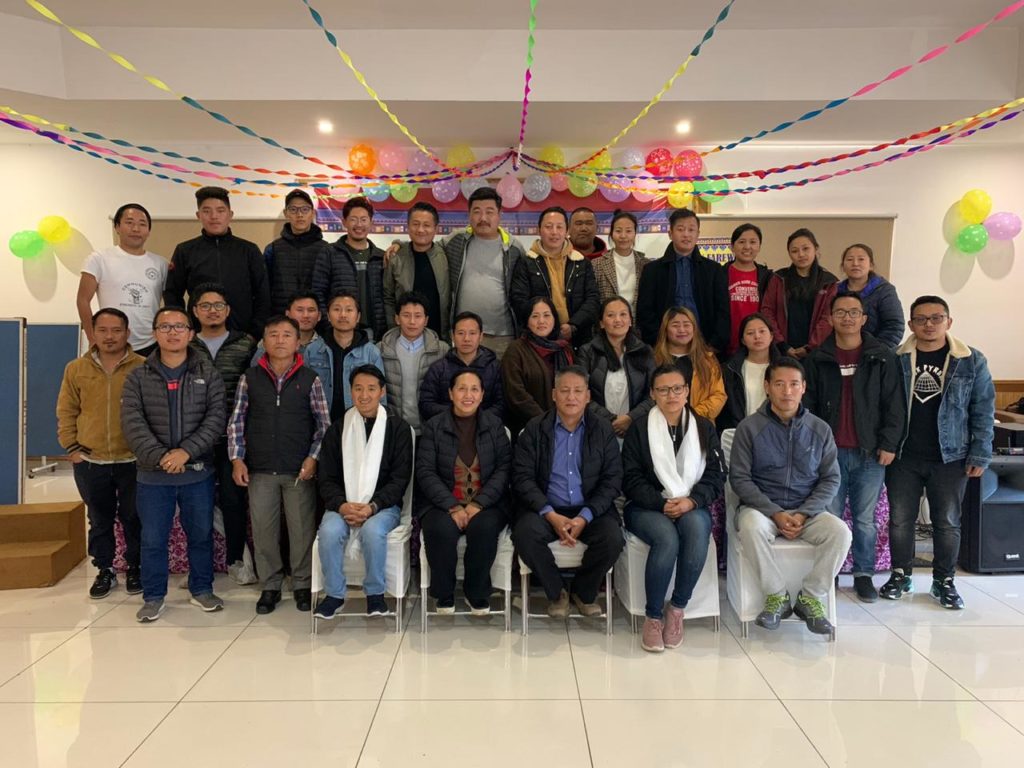 Ms. Tenzin Zeydhan at her farewell gathering with the staff of the Department of Finance, Finance Secretary, and Finance Kalon.