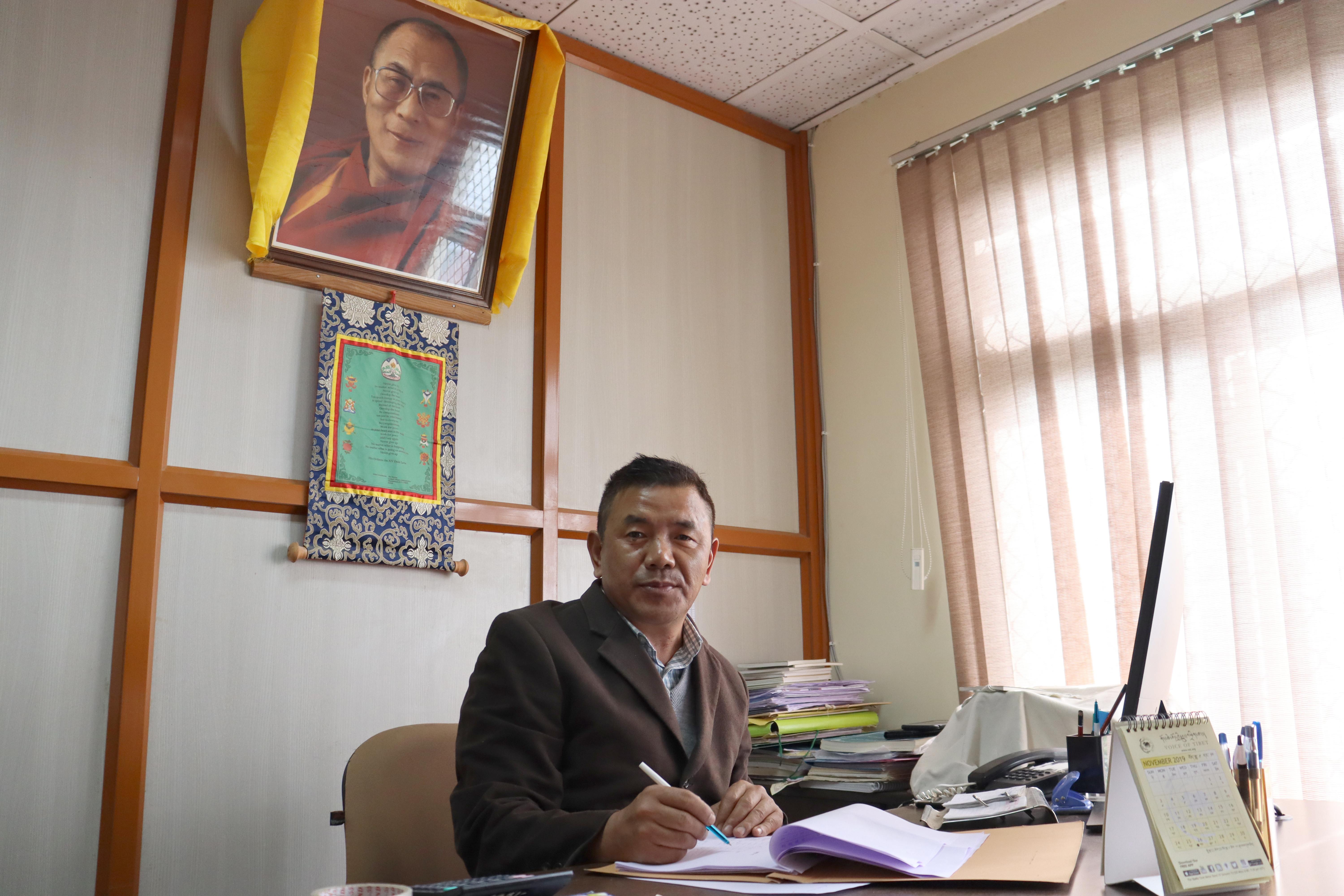 Dhondup Tsering (DT): I was born in Bhutan but was brought up in India. After successfully completing my schooling from Tibetan Homes Foundation and class XII from CST Mussoorie in 1991, I joined Punjab University in Chandigarh to pursue B.A. After graduating with a B.A degree in 1995, I was selected for one-year training on administration conducted by Public Service Commission-CTA. Since my recruitment into the CTA in the year 1995, I have served at different Tibetan settlements in various capacities. My first appointment was in Rabgayling Tibetan Settlement first as an office secretary and later as an accountant in the cooperative society of the same settlement. Transfer to Mundgod settlement as Cooperative Society Secretary from 1999 to 2003. In the year 2004, I took a one-year leave from my service to attend modernize agriculture on-farm training at Arava R&D in Israel. Thereafter on my return to India from the studies, I was appointed as project coordinator for the promotion of organic farming project jointly undertaken by  CTRC and COSPE-an Italian based non-profit NGO from 2005 to 2010. Since my transfer to DoH-CTA in 2014, I carried out my work which mainly involves looking after agriculture-related projects and programs in the settlements. In recognition of my service, the DoH recommended me as one of the candidates among the staff cadre of CTA for CTA’s staff distinguish award in the year 2018 and was selected as the recipient of 2019 distinctive CTA official award.

DT: As a deputy secretary in the Department of Home – CTA  my job is mainly to look after the agriculture and cooperative section. Given a little experience I gained from working in this field coupled with my deep interest in the designated work, I can represent this work fairly better.

DT: Being a Tibetan brought up and educated under the auspices of His Holiness the Dalai Lama, I always wanted to be a part of the CTA and serve the community. However, one person that stood out in my mind as a great source of inspiration was my late uncle, Mr. Lobsang Dorjee. The tales of his courage and resilience following Chinese occupation over Tibet he related to me and the hardship he endured during the 40 years of service first as a member Tibetan Resistance Group and then for the welfare of Lodrik settlement is deeply ingrained in my mind. With my service, I have the satisfaction of having fulfilled my late uncle’s wish and aspiration and also of having carried out my responsibility as a Tibetan. The service has also added meaning to my life.

DT: I feel fortunate and honored to be blessed with this privilege to serve CTA. Every Tibetan has the responsibility to work towards our common cause and goal. So, I am making most of me to make the best possible contribution as a civil servant.

DT: Tibetan in exile have more responsible as representative of six million Tibetans who is suffering hardship under Chinese rules. We are very fortunate to have incomparable spiritual leader His Holiness the Dalia Lama and under his long term mission and vision, we are able to preserve our Tibetan identity under his blessing and guidance with unrelenting dedications and determined efforts made by our former generations during the most difficult time in our history. However, we have a strong reason to be proud of the remarkable achievement in our struggle and the enviable position we enjoy today as refugees compared to the status of other refugees across the globe. However, our central goal as a refugee should not be confined to improving our individual economic status but we must rather be focused on work aimed at restoring our country with a sense of responsibility.

SME: How best do you think you can make a difference to CTA?

DT: I don’t think an individual alone can make a huge difference to CTA. What really calls for success in all spheres of the administration is the collective responsibility and the spirit of teamwork initiatives and proper strategies with participatory initiatives. We can stabilize and strengthen the CTA by respecting organizational discipline and following the rules strictly and doing our work to the best of our ability. Thus, we can set an example for a new generation of young educated Tibetans who wish to serve in the CTA.

DT: No wonder role model plays an important role to boost one’s morale in life, and is one of the effective strategies to teach and lead the world. In my childhood, my Uncle being closest to me, who made a special by place in my heart with his profound words of advice and with his action. His words of advice drilled into me and actions which clearly reflected his thought has been ingrained in me. Apart from this experience, I also had, as a civil servant, an opportunity to work under senior former CTA staff who had served the Central Tibetan Administration in those difficult periods and worked tirelessly to lay the foundation of CTA. I have been inspired and taken them to be my role models and have learned many good things from them. 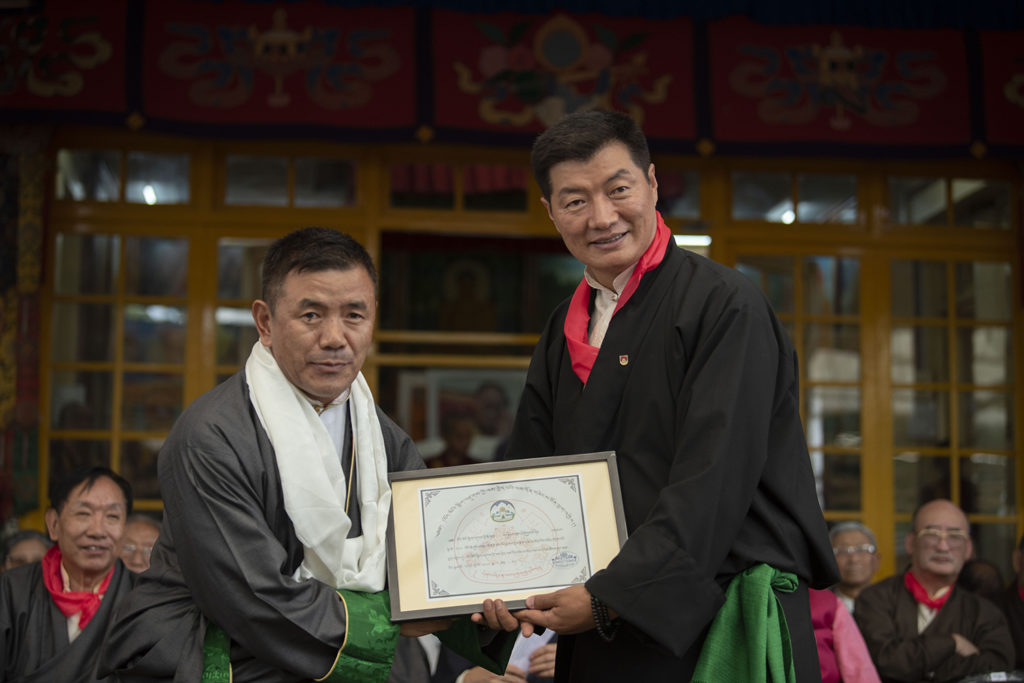 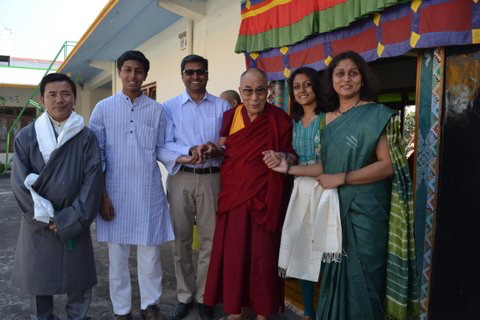 Indian agri-business company delegates receiving blessing from His Holiness the Dalai Lama at Mundgod in 2013. 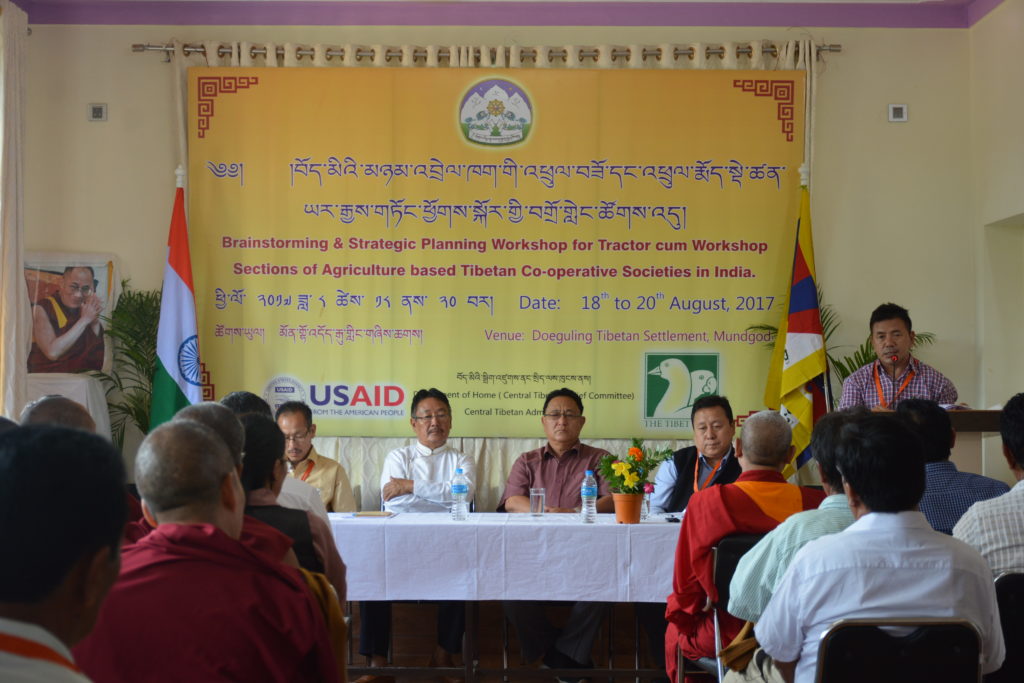 Brainstorming workshop on the development of the workshop & tractor section under Tibetan cooperatives in India at Mundgod in 2017. 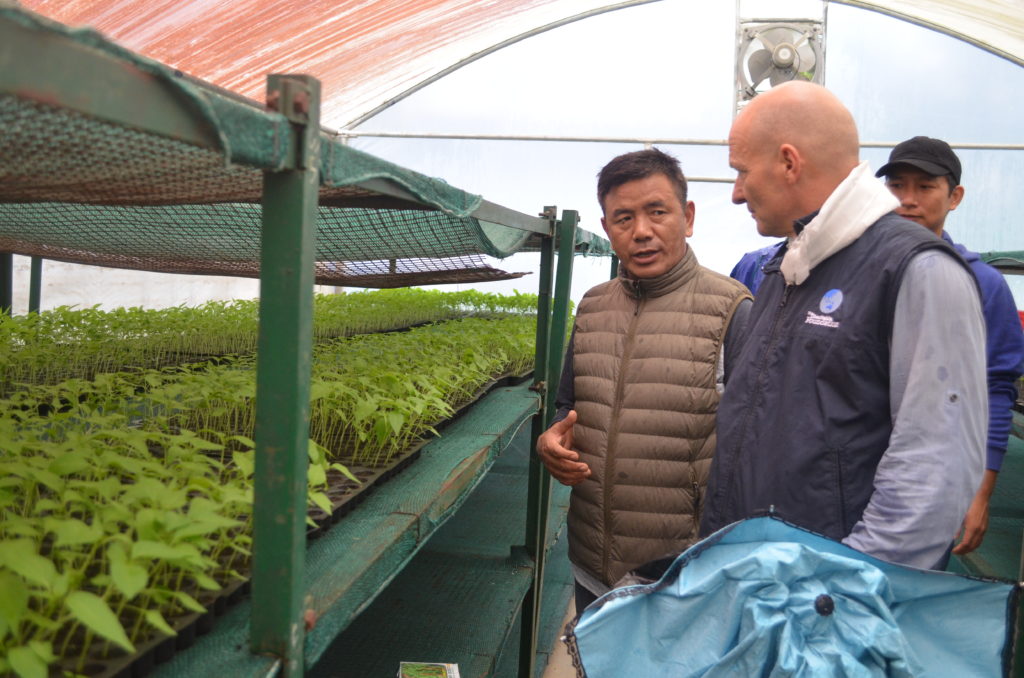 Explaining organically raised vegetable seedling to Mr. Pedersen, CEO of TCF during his visit to ORTC Bylakuppe in 2018. 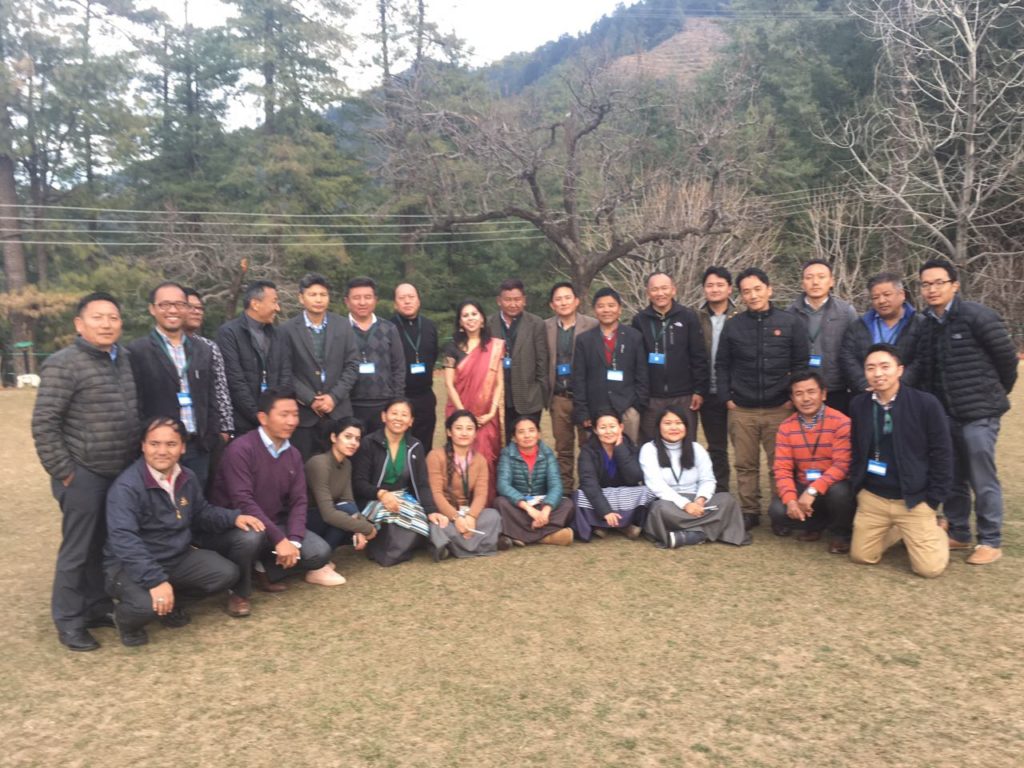 A group picture with a resource person during administration management training at HIPA -Shimla, 2017. 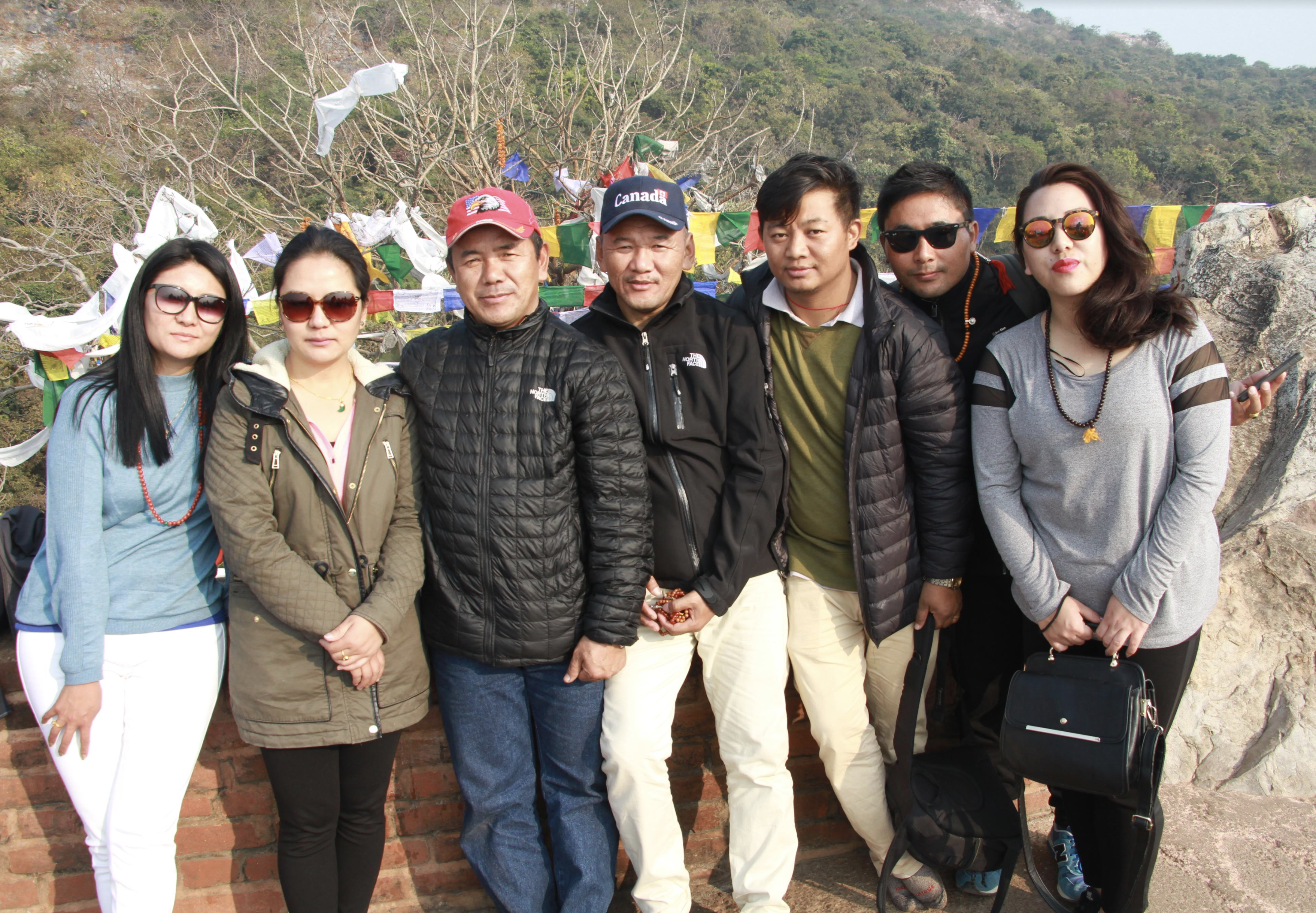 On a pilgrimage to Rajgir with tent committee members during the 34th Kalachakra initiation conferred by His Holiness the Dalai Lama at Bodh Gaya, Bihar, 2017. 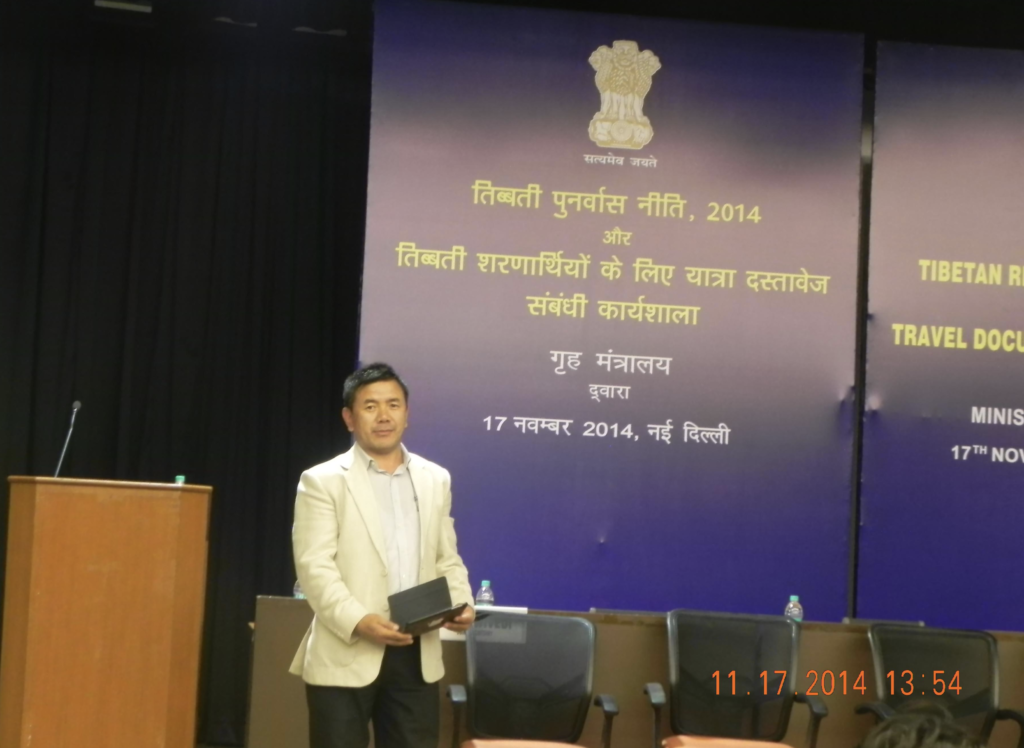 A workshop on Tibetan Rehabilitation Policy, organised by MHF- GOI in Delhi, 2014. 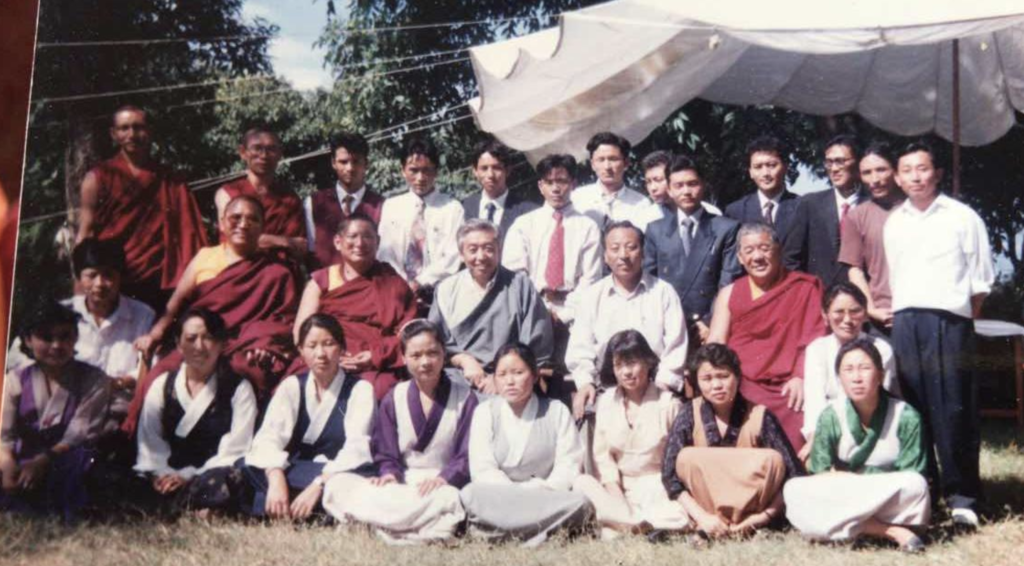 A group photo of the first-ever batch of CTA civil servant trainees at Sarah-College for Higher Tibetan Studies, Dharamshala. 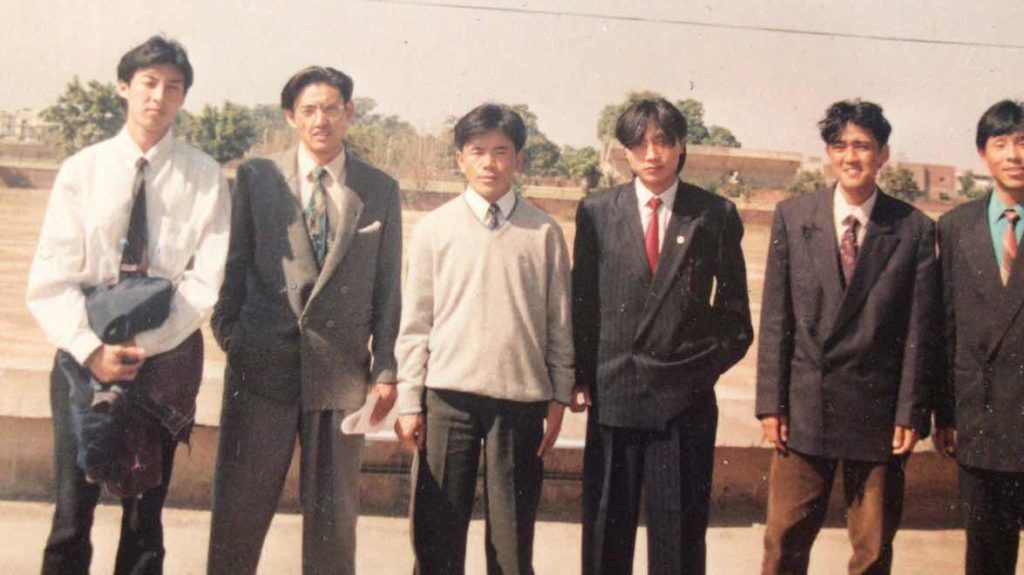 Mr. Dhondup Tsering with friends after an annual college function in 1993. 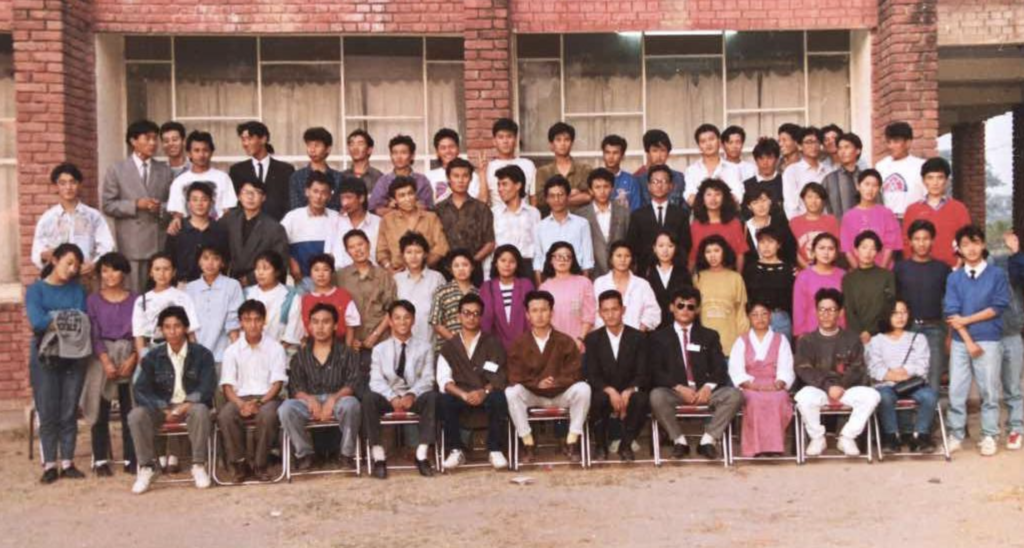 RTYC members at Indra Bhavan on freshers day in 1991. 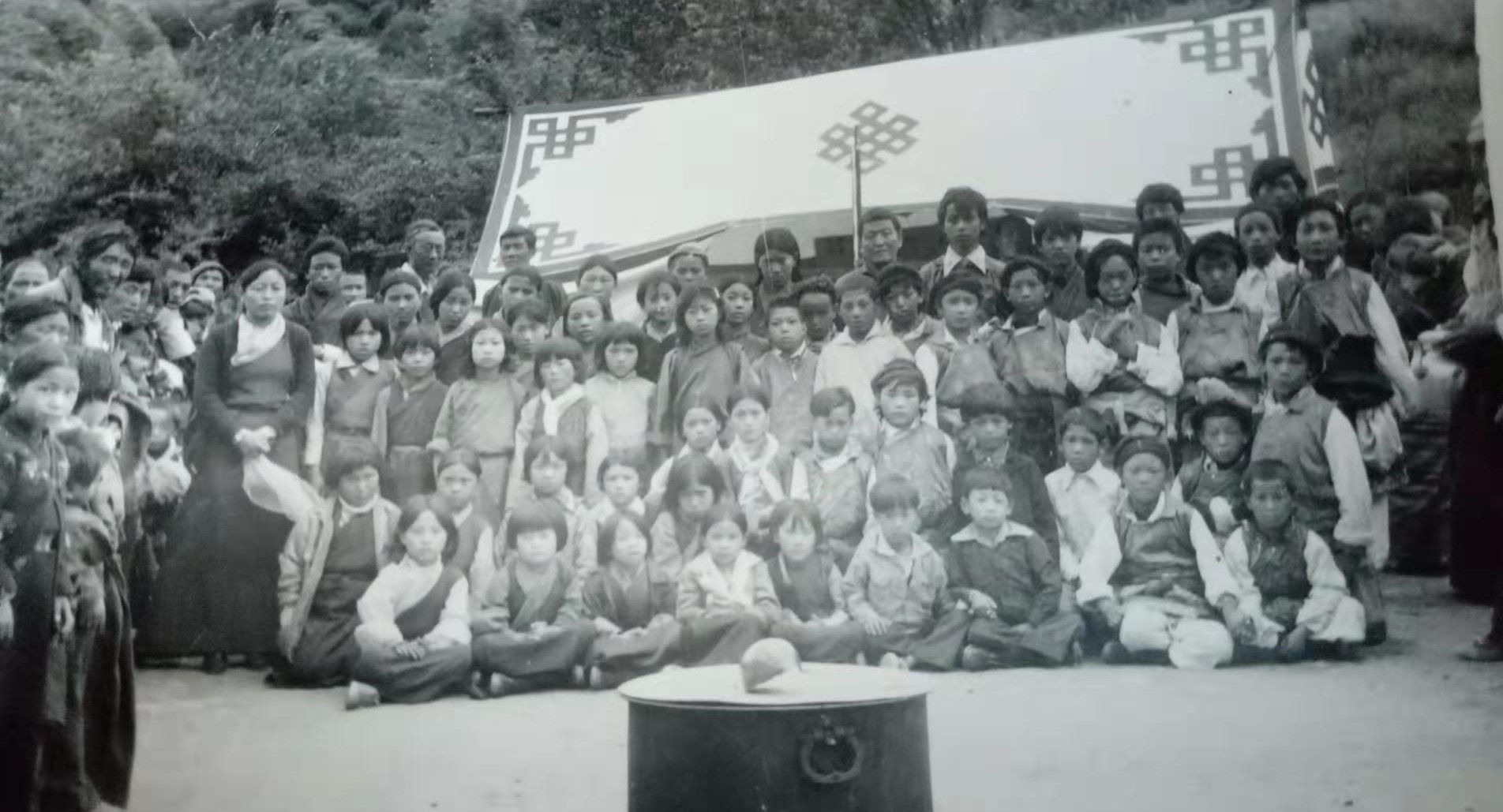