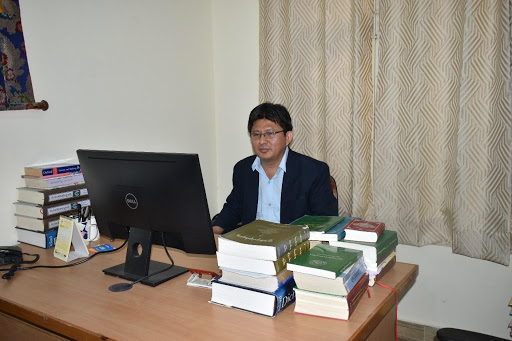 Every first Saturday of the month, as a part of its shout-out campaign, DIIR’s Social Media Desk will be profiling a civil servant of Central Tibetan Administration. This week we are pleased to profile Deputy Secretary Urgyen Tenzin, Head of the Terminology Section, Department of Education, CTA.

Urgyen Tenzin (UT): I was born and brought up in Mundgod, the second largest Tibetan settlement in exile. I completed my primary and secondary schooling from CST Mundgod. Despite the lack of awareness with regard to education in those days, my parents made sure to prioritize my further studies. It is due to their kindness and blessings that I joined the Central Institute of Higher Tibetan Studies, Varanasi and graduated with Acharya degree-majored in Buddhist philosophy, Tibetan language and history. For the next eight years, from 1998 to 2006, I served at Lower TCV School as a senior Tibetan teacher. From 2006 onwards till present day, I have been working at the Department of Education in the Terminology section.

UT: The terminology section was set up in May 2006 by the 13th Kashag (the Cabinet of Tibetan secretariat) for the preservation and promotion of Tibetan language as its fundamental purpose. We are assigned to search new terms pertaining to the range of administration, politics, law, education, environment, math, science and technology etc. and then translate their definitions. The final draft is to be presented in front of High-Level Tibetan Standardization Committee. The standardized terms were formatted in InDesign to be published in series of ‘Glossary of Standardized Terms’ and developed in website and application software named ‘TibTerm’ for the sake of further awareness and wider reach of the Tibetan terms. Since 2018, I am taking the responsibility as a head of section.

UT: Owing to the vision and gratitude of His Holiness the Great 14th Dalai Lama, I am inspired by the establishment of ideal government, provision of quality traditional as well as modern education in schools and monasteries, a creation of holistic Tibetan settlements in exile.

Such achievements supported by the tireless perseverance of our forefather’s generation was indeed a huge motivation for me. I am more encouraged to follow their shadow to sustain our productive community for posterity. As being a refugee, I always commit myself to stimulate my thoughts and polish my potential to the best of my ability forbearing an additional responsibility to accomplish goals of Tibetans inside and outside Tibet.

UT: Being a CTA civil servant is the best approach to utilize my education. Serving our community defines a bigger vision that is aimed for the well-being of all the six million Tibetans, not just for an individual sake. Therefore, I regard my service as my pride and honour.

UT: In my perspective, making a difference to CTA can only be acquired by determining my whole potential in my current responsibility while concerning my flaws as obstacles to be overcome. I am interested in improving my academic strength to a much higher extent to make a lasting difference in our immediate society. I should also encourage a sense of collective struggle within teammates along with an individual effort since I believe that a united community will lead a way for victory.

UT: Well of course, His Holiness the Dalai Lama and many inspirational leaders who have strived for the welfare of humanity has always fascinated me as a fellow human being. Therefore, I am honoured to be one of a kind in my near future who could serve the global village at large.

UT: Serving at CTA is a sheer privilege for me as did too many others. The very platform provides an opportunity to use our education as a tool to contribute towards the urgent Tibetan status. So, exposing yourself towards the Tibetan cause is much appreciated for those who are wishing to serve at CTA and other non-governmental organizations respectively. 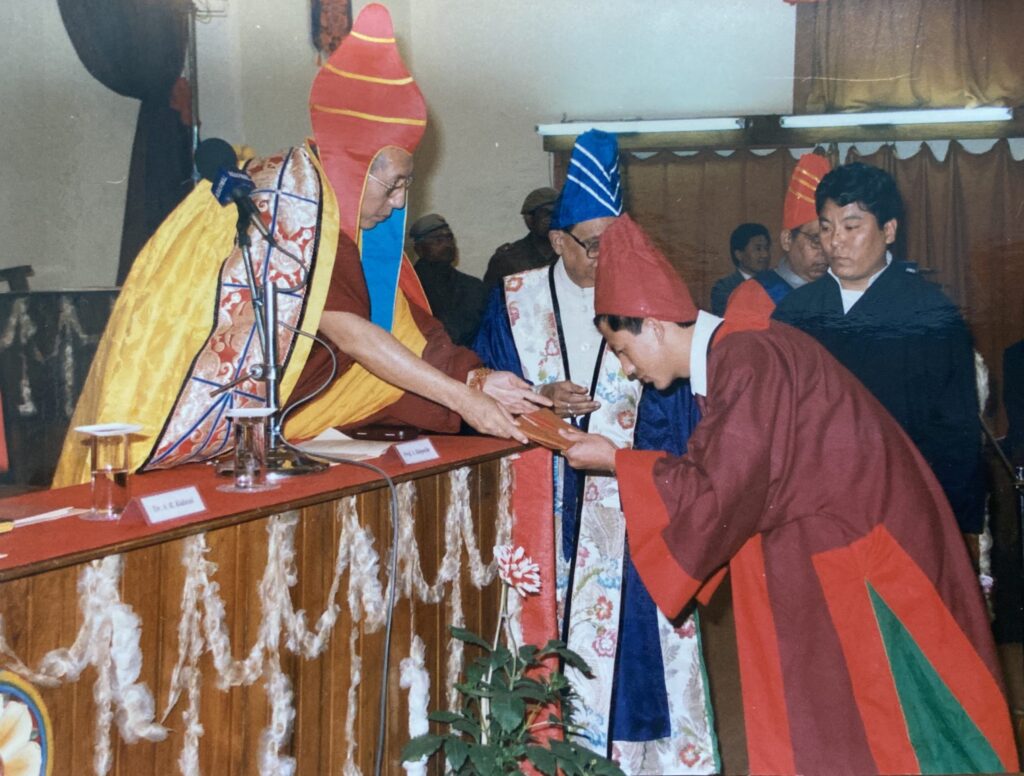 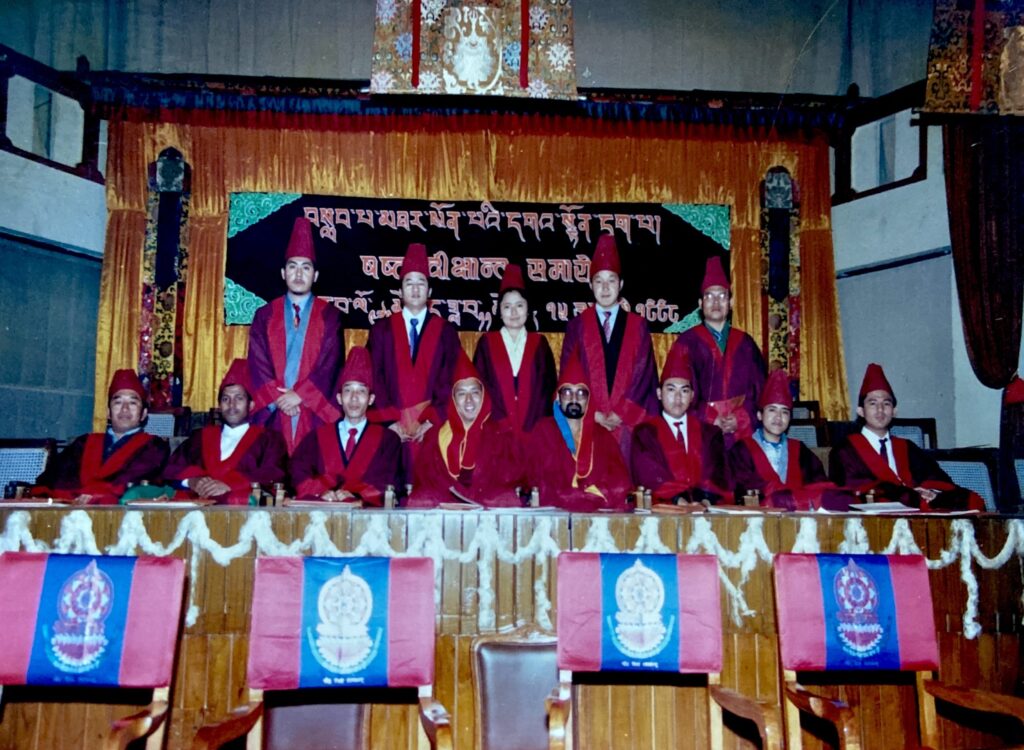 Urgyen Tenzin with his classmate during convocation ceremony, 1996. 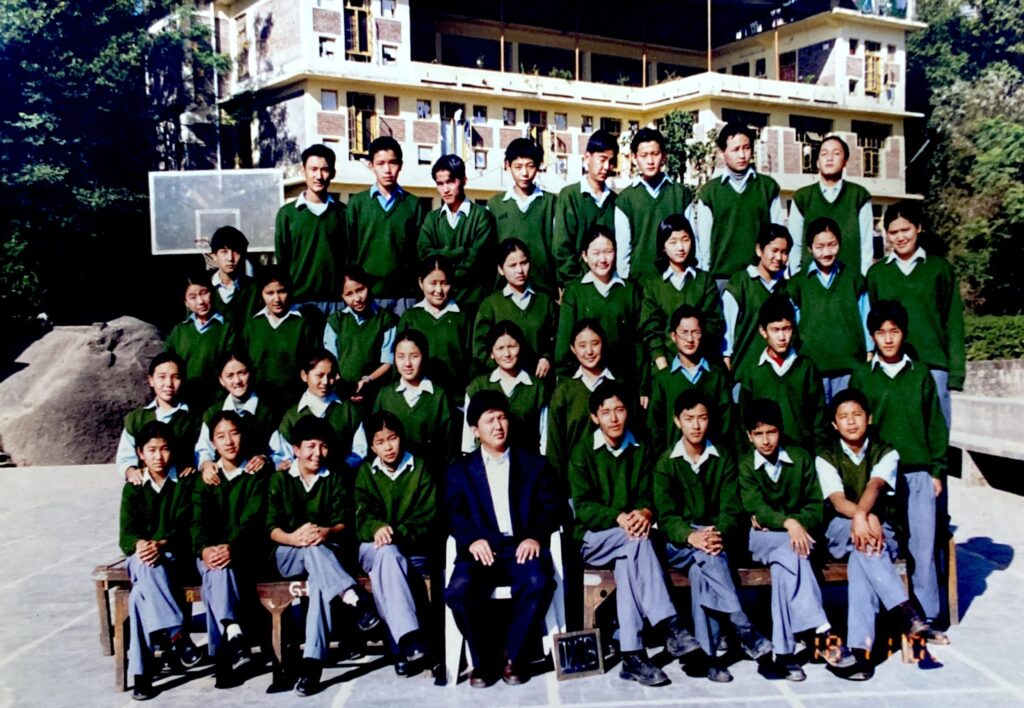 With his students during his teaching stint at Lower TCV, 2005 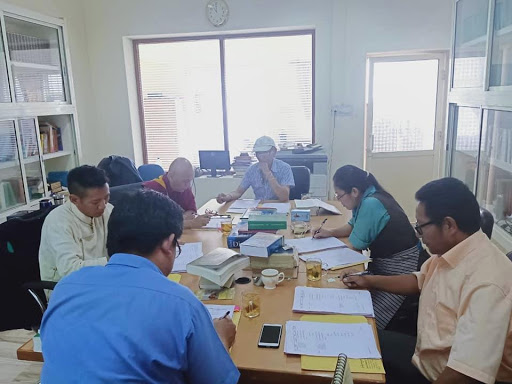 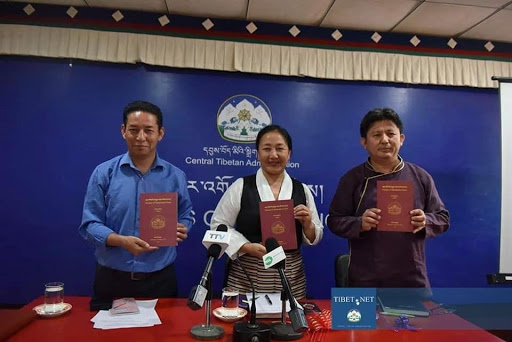 Deputy Secretary with Honourable Kalon of Department of Education and Secretary at the launch of Glossary of Standardized Terms. 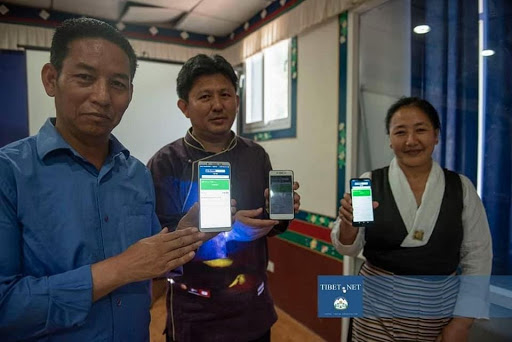 With the Kalon and Secretary launching the 12th volume of Glossary of Standardized Terms and Tibetan Terminology Apps, 6 June 2019.