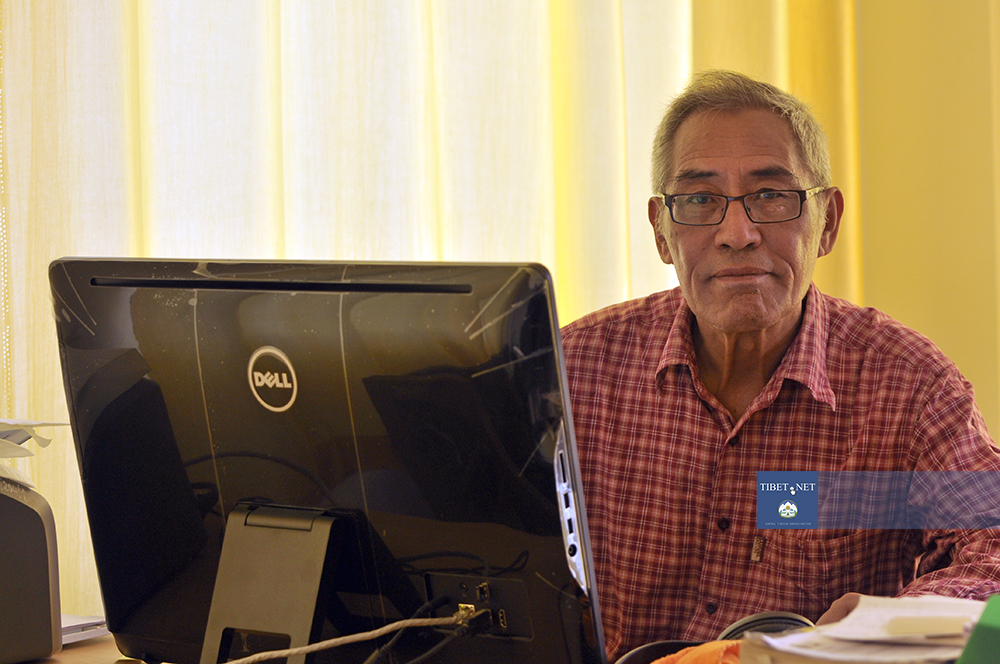 Answer: I was born in Lhasa, Tibet, came to exile in India in 1962. Since then, I did my schooling at Dr. Graham’s Homes in Kalimpong and my college at Delhi University, specialised on History. So after I graduated, I joined the Information office in 1980. Now it is called the Department of Information and International Relations. My first assignment or responsibility was to edit the official monthly English language newsletter called Tibetan Bulletin. I have done that for many years. I have been at the DIIR until 2012. In 2012, I have been asked to take responsibility for the Tibet Policy Institute. So in nutshell, this is my life story in the Exiled Tibetan bureaucracy.

Question:  Please explain your job description and how best does your work represent you or vice versa?

Answer: The present work responsibility is to encourage the researchers of TPI to produce the quality research papers. So we research both in Tibetan and in English. The areas of our research are to understand Chinese policies to Tibet, how these policies impact the lives of the Tibetan people. Also, one big responsibility is to explain the importance of the Tibetan plateau and how Tibet’s environment has a direct and daily impact on lives of millions of ordinary people in China, South East Asia, and South Asia. I think one critical importance is how the river waters, which originate from Tibet sustain the lives of millions and even billions of people in all of Asia.

Question: How best do you think you could make a difference to CTA?

Answer: I don’t know making any difference. It is the responsibility of those who work at the CTA to do our work to the best of our ability and this will serve an example for a new generation of young educated Tibetans who wish to serve in the Central Tibetan Administration.

Answer: One inspiration came from the fact that I was born in Tibet. We had a country and the next morning, we were refugees. So I think the inspiration was part of my inquiry what happened. And why this event took place. Through curiosity and interest, you dig deep into Tibet’s history and how we lost our country through inattention and neglect to China. The other inspiration is the older generation of Tibetans, the first generation of Tibetans who served the Central Tibetan Administration in India. They had no English or other language skills. But yet under the guidance of His Holiness the Dalai Lama, they have been able to rebuild and reconstruct a very productive and cohesive community.

Question:  What does it mean for you to be a CTA civil servant?

Answer: I think it means a lot. Because whether it is true or not, you get a sense that you are spending your time and energy meaningfully and that you’re contributing to something bigger than yourself.

Answer: My advice is that we started this struggle and this struggle should have an end. The struggle is nonviolent. It has evoked a great deal of admiration and respect throughout the world. Tibet’s nonviolent struggle serves as a role model for people who are marginalised, disenfranchised to have their voice heard in the international community. The Tibetan ability under the leadership of His Holiness to make their voice heard is a really remarkable achievement. Taiwan’s first democratically elected leader, Lee Teng-Hui, has expressed his admiration. He said that His Holiness the Dalai Lama without a land, armies without any financial resources have been able to raise the issue of Tibet to such high level of international visibility. He compared the efforts made by His Holiness to Taiwan’s own present status. Taiwan has its own land, a prosperous economy, and well-equipped army and yet international visibility of Taiwan is much less than the issue of Tibet. The issue of Tibet has provoked the conscience of millions of people throughout the world.

As I mentioned before, editing the Tibetan Bulletin means that you need to have a working knowledge of journalism, which I acquired through experience but not through professional training. So I thought its good to have professional knowledge of how journalism works, how to package and present your story to your readers. So fortunately in 1988, the US government provided every year for Tibetan students to pursue higher studies in the United States. I enrolled at Columbia University. I was in the first group of four Tibetan students to benefit from the US scholarship to the Tibetan students. We were Kungo Jamphel Choesang la, working on the biography of His Holiness the Dalai Lama, Kungo Sonam Tenzin la who retired recently from CTA and Lhundup Tsering la. 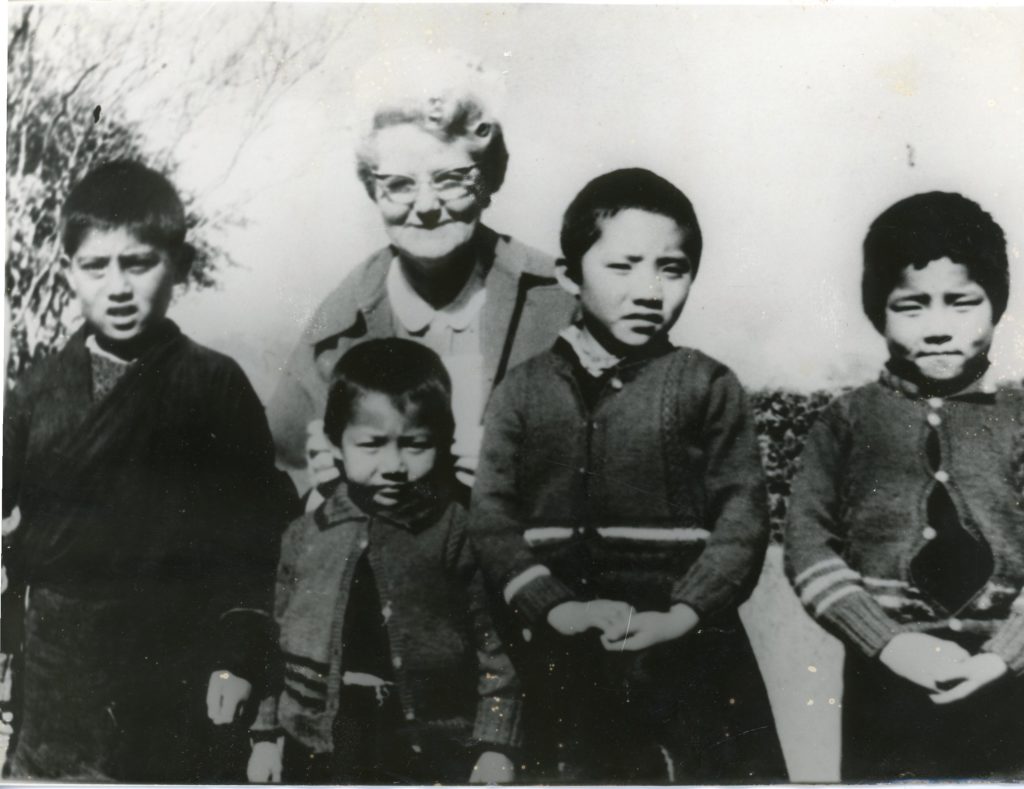 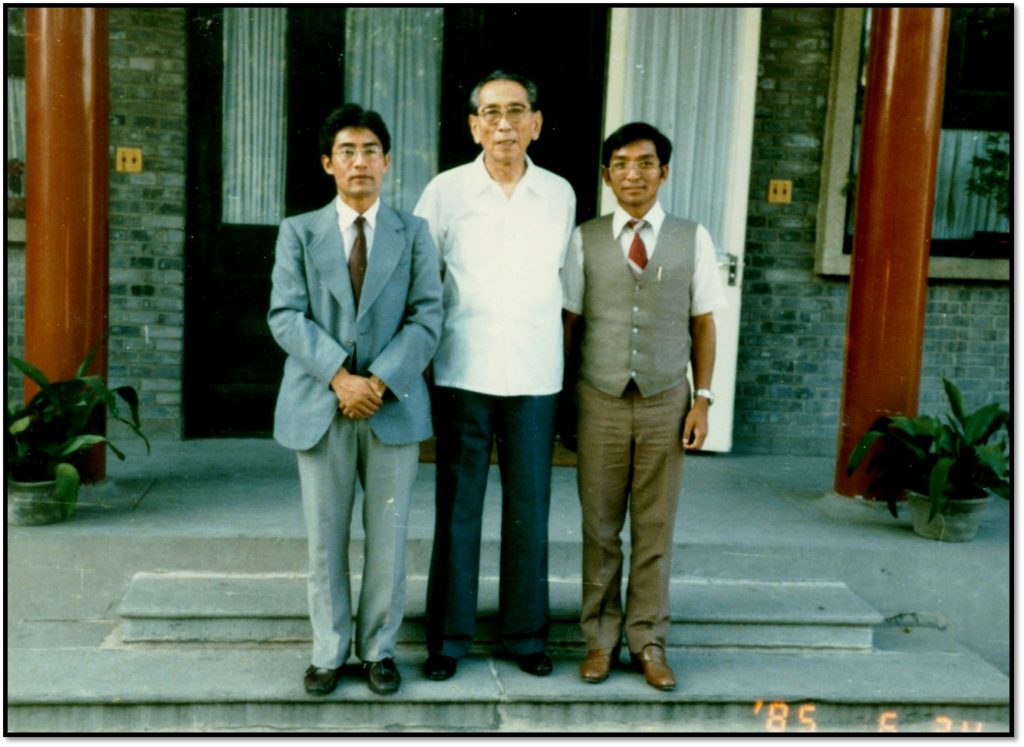 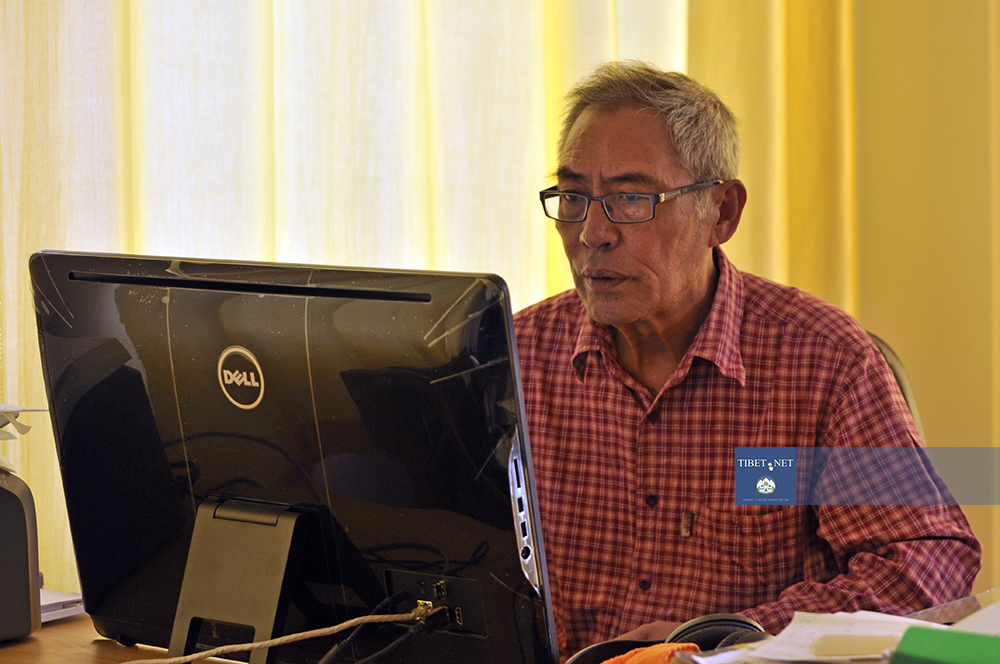