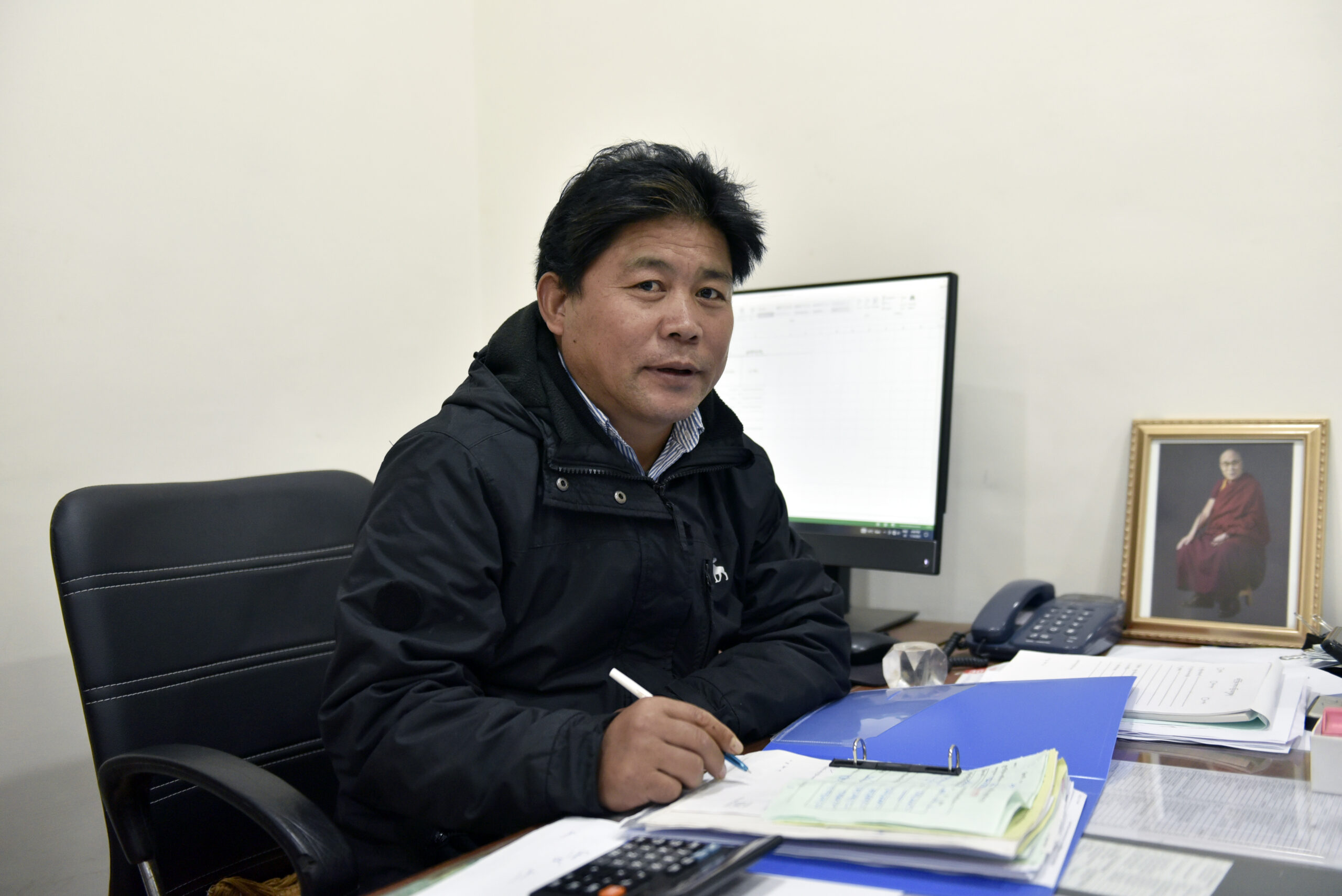 Every first Saturday of the month, as a part of its shout-out campaign, DIIR’s Social Media Desk will be profiling a civil servant of Central Tibetan Administration. This week we are pleased to profile Dawa, Chief Accountant, Tibetan Supreme Justice Commission, CTA.

Dawa (D): My name is Dawa, son of Phuntsok Lhundup and Kelsang Youdon. I was born in Dingri Lankor, Tibet. I left Tibet in 1985. I received my primary education at Upper TCV (Tibetan Children’s Village) and secondary education at TCV Bylakuppe, south India.

I received my B.com degree from St. Philomena’s college, Mysore University, and pursued my post graduation in M.com from Maharaja Sayajirao University of Baroda, Gujarat.

After receiving my post graduation degree, I applied for CTA civil servant examination. Upon my selection, I was appointed as chief accountant at Tibetan multi-purpose co-operative society ltd of Mainpat Tibetan Settlement and served there for 3 years. In December 2004, I was transferred to Department of Health as an assistant accountant and served there for about 4 years.

In 2008, I was promoted to section officer and I got transferred to the Department of Education as an assistant accountant and served there for  nearly 6 years. In 2014, I was selected as chief accountant at Office of Tibet, Taiwan, and Tibetan Religious Foundation of His Holiness the Dalai Lama in Taiwan. I served for more than 5 years over there. In 2019, I got transferred to the Department of Religion & Culture.

In between December 2019 and May 2021, during the rise of COVID-19 pandemic, I spent time with my family on leave without pay.  In June 2021, I resumed my duty at the Department of Religion & Culture and currently I am serving as a chief accountant at the Tibetan Supreme Justice Commission.

Dawa: I was able to render my services effectively as an accountant for the past 19 years. The nature of my allotted task is very much related with my educational background. So, I am able to carry out my responsibility efficiently with perfection.

SME: What inspired you to work in the CTA?

Dawa:  Since I completed my schooling and higher education free of cost from Tibetan Children’s Village (TCV) under the blessings of His Holiness the 14th Dalai Lama, it is my moral duty to serve my country and community as much as I could. In fact, I was inspired by His Holiness the Dalai Lama’s dedication toward the Tibetan people and the Tibet cause.

Dawa: I consider myself very fortunate to be able to render my services at the Central Tibetan Administration. Serving as a CTA civil servant means a great deal to me and I feel doing it for our nation is very a good contribution.

SME: How best do you think you could make a difference to CTA? Any experience that you would like to share?

Dawa: As I already mentioned, I’ve got many years of experience in most of the fields especially in accountancy and financial system in India as well as abroad. These experiences and knowledge definitely comes in handy when I have to deal with financial accounting.

Dawa: My role model is our spiritual leader His Holiness the 14th Dalai Lama of Tibet because His Holiness has worked so much for Tibet and Tibetan people. Internationally, His Holiness is well recognised as a beacon of peace and non-violence. His Holiness has brought the world media’s attention on Tibetan buddhism by holding dialogue and seminar with modern science.

SME: Would you like to provide any guidance or suggestions to fellow Tibetan serving or wishing to serve at CTA?

Dawa:  Rendering your service at Central Tibetan Administration is meaningful and good opportunity. So, I would recommend you to serve our nation at this critical juncture and also try to fulfil the wishes of His Holiness the Dalai Lama and Tibetan brothers and sisters inside Tibet. 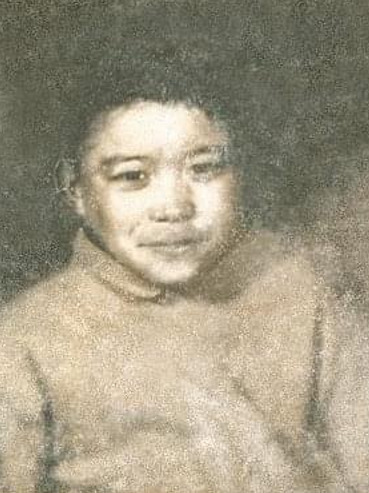 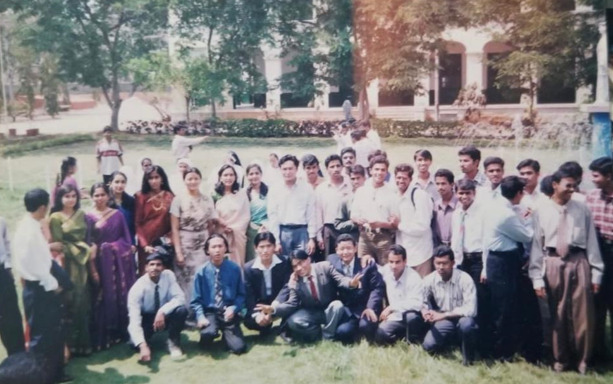 Mr. Dawa with his classmate at ST Philomena’s college in Mysore, 1998. 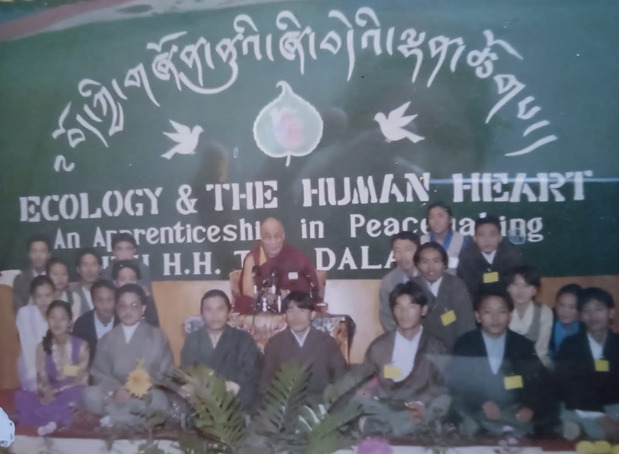 A group photo with His Holiness the 14th Dalai Lama during first Peace Jam Workshop at Upper TCV in 1999. 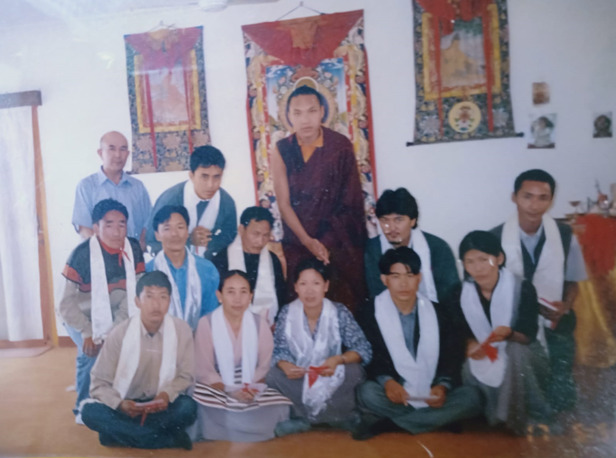 An audience with Gyalwang Karmapa during CTA workshop in 2004. 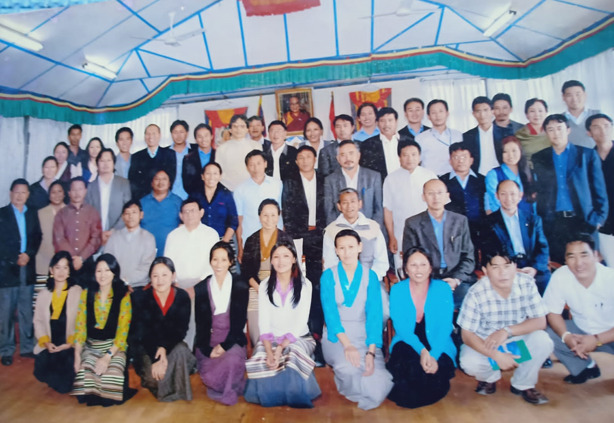 A group photo with Health Kalon, Secretary and fellow CTA civil servants in 2006. 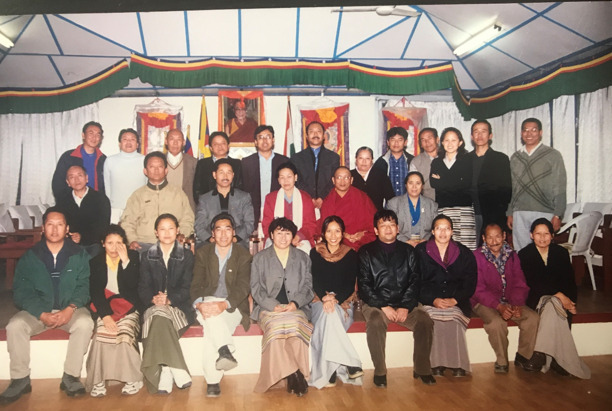 A group photo with Education Kalon and fellow CTA civil servants in 2008. 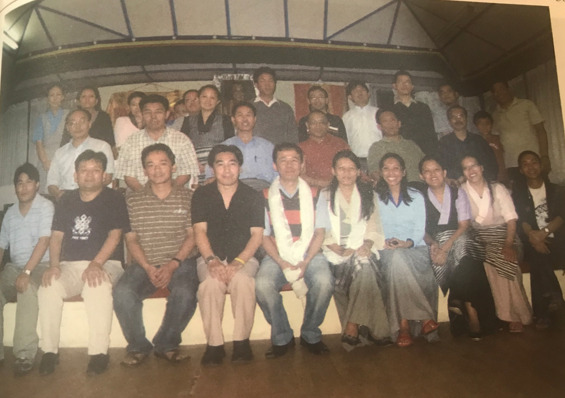 A group photo with Education Kalon and fellow CTA civil servants in 2009. 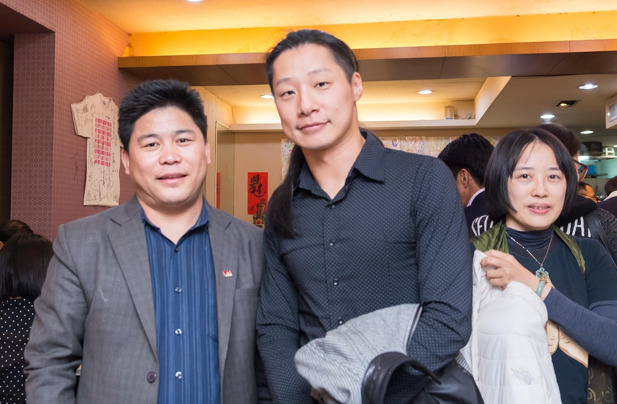 Mr Dawa with Freddy Lim, Taiwanese politician and activist in 2015. 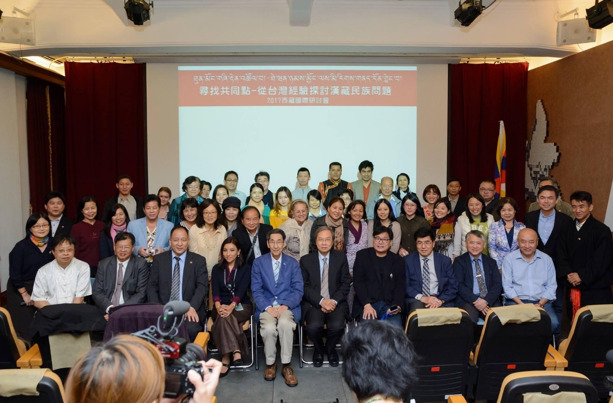 Mr Dawa with International Friends of Tibet during the ‘In finding of basic human rights conference’ in 2017 Taipei, Taiwan. 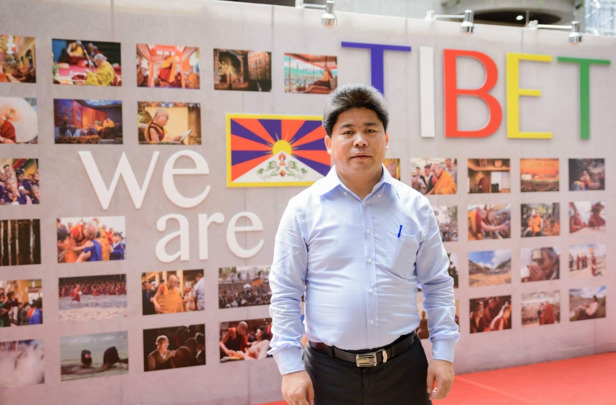 Mr Dawa standing in front of the exhibition on Tibet at Taipei city office hall in 2017. 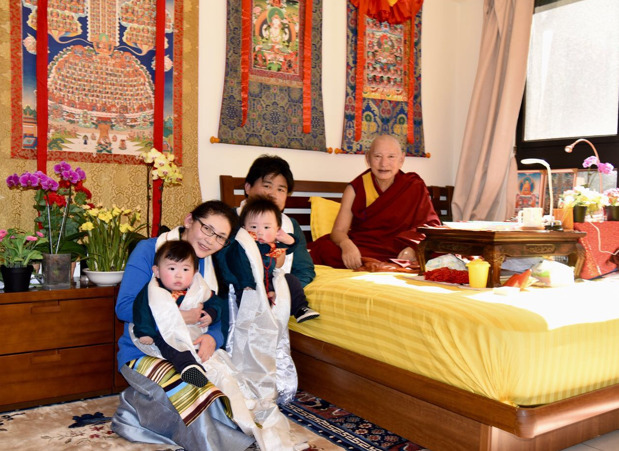 Mr Dawa and his family receive an audience with Kirti Rinpoche in 2017. 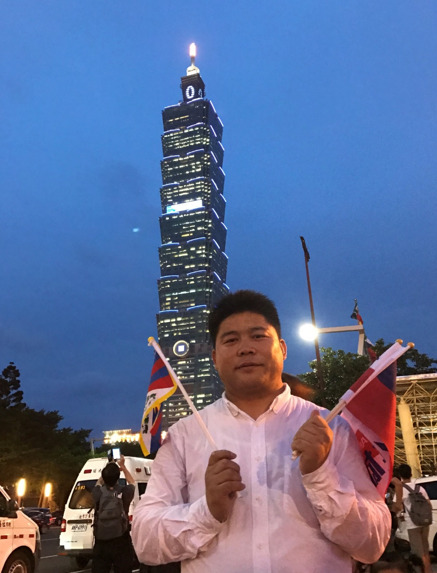 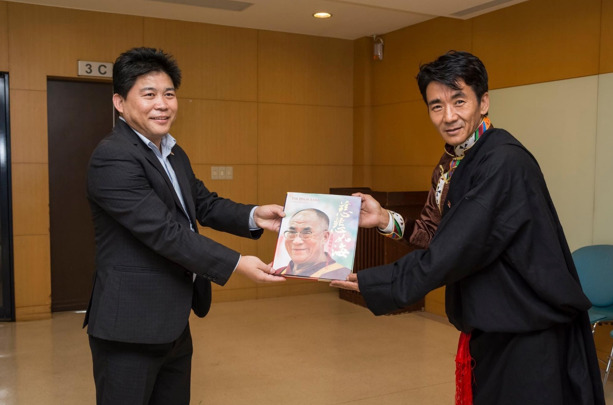 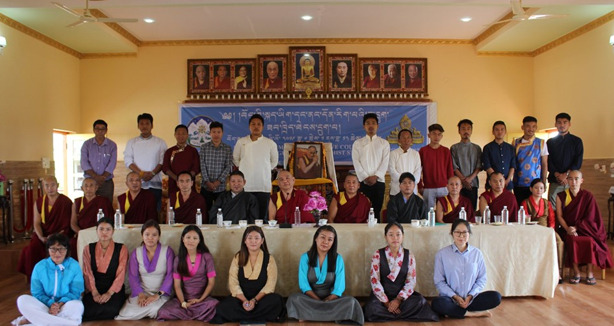 A group photo with the participants of six months intensive course on Introduction of Tibetan Buddhism, organised by the Department of Religion and Culture, 2019. 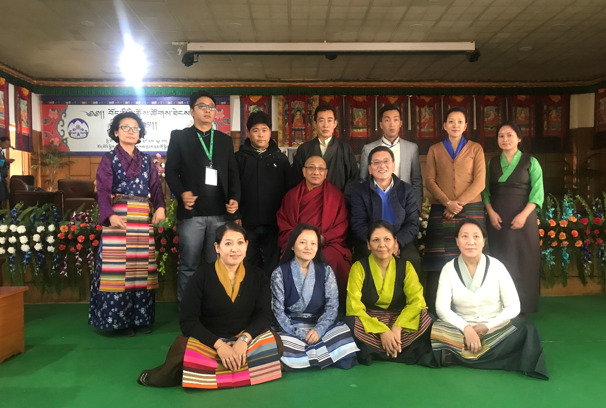 A group photo with Chorig Kalon, Secretary and fellow CTA civil servants in 2019. 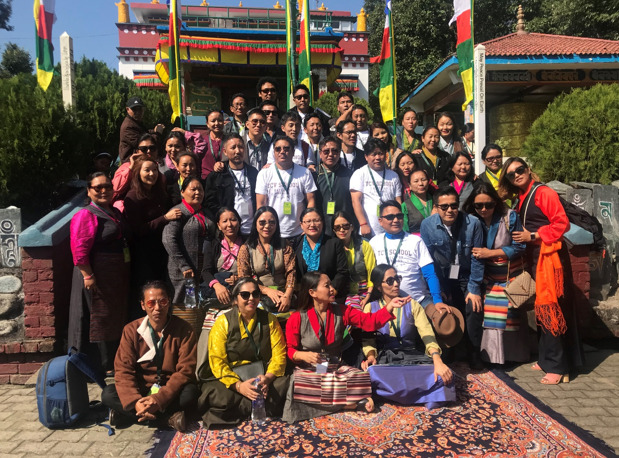 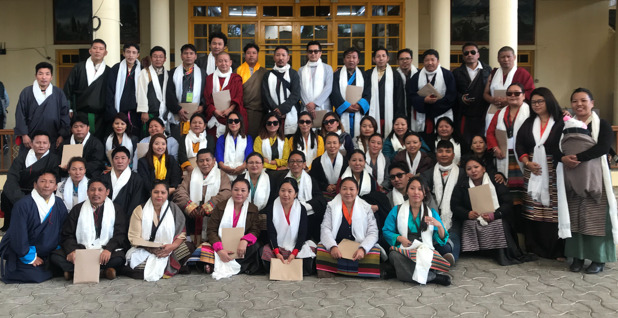 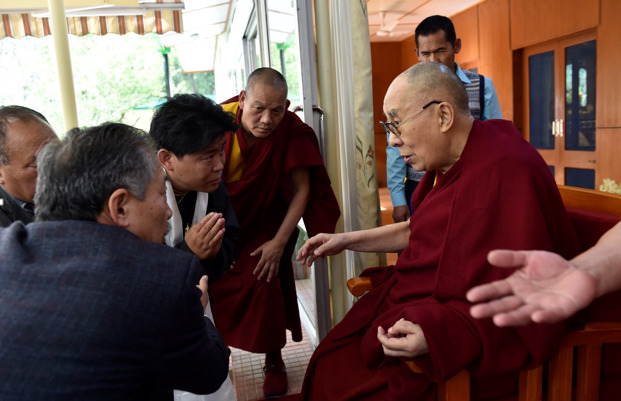 Mr. Dawa receives an audience with His Holiness the 14th Dalai Lama in 2019.