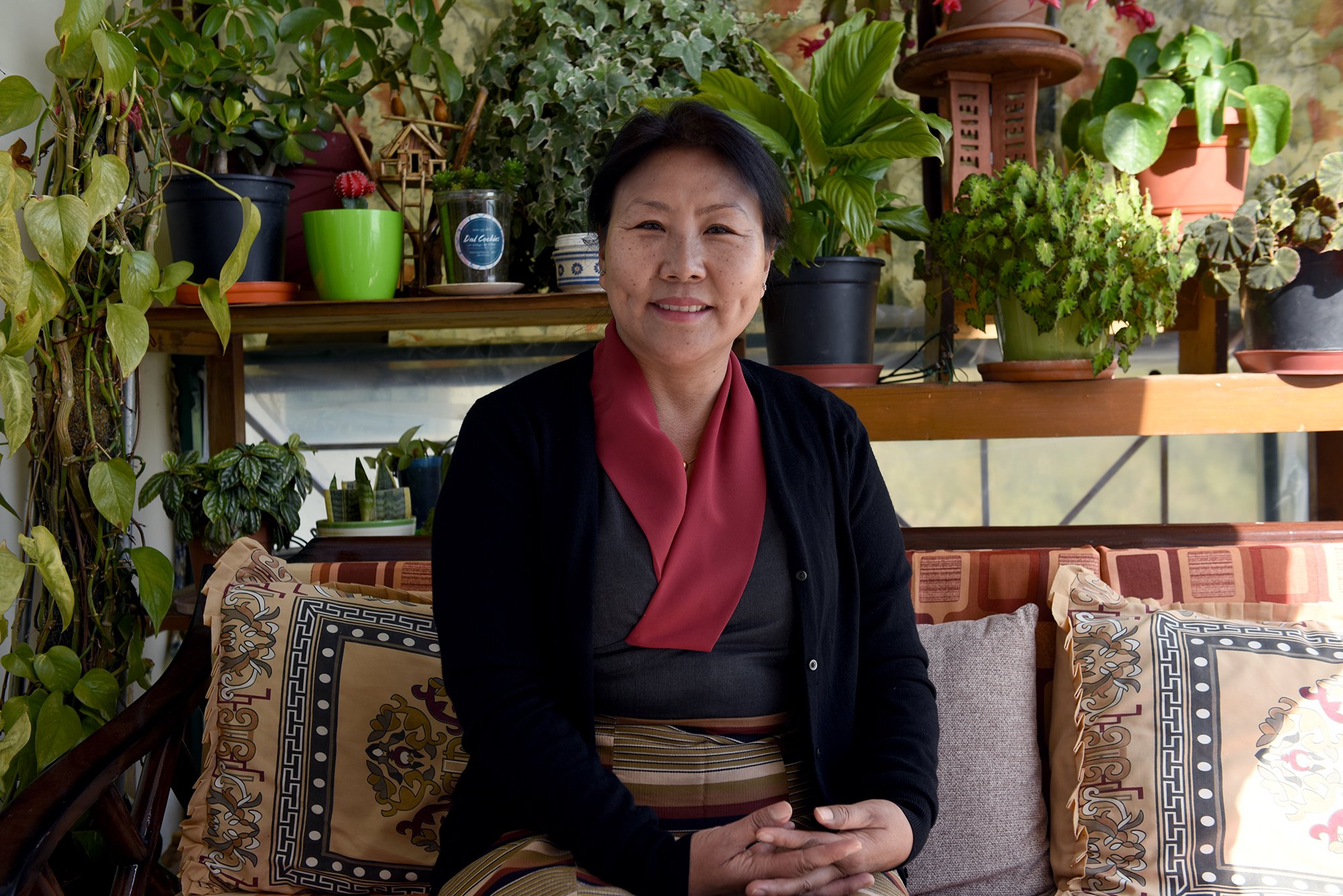 Every first Saturday of the month, as a part of its shout-out campaign, DIIR’s Social Media Desk will be profiling a civil servant of Central Tibetan Administration. This week we are pleased to profile Ms. Chime Tseyang, Information Secretary of Department of Information and International Relations, CTA.

Chime Tseyang (CT): I come from a small Tibetan settlement called Chauntra. I did my primary schooling from CST Chauntra and elementary schooling from CST Paonta. Thereafter I completed my secondary and higher secondary education from CST Mussoorie. With the help of the Central Tibetan Administration’s Department of Education Scholarship program, I was able to pursue my Bachelor of Arts from GCG Government College for Girls in Chandigarh. After graduation, I worked at Dolma Ling Nunnery and Institute for over 2 and a half years before joining the Central Tibetan Administration in 2000.

CT: My present responsibility is to oversee the information wing of the Department of Information and International Relations (DIIR) which primarily works toward disseminating information on the important engagements of His Holiness the Dalai Lama, situation inside Tibet and informing the global discourse on Tibet. The Information wing also acts as a window into the departments and offices of the CTA including the various Offices of Tibet, Tibetan settlements, schools and institutes.

Towards this end, each of the four main sections under the Information department including Tibet News Bureau, Translation and Publication, Media Coordination Desk, and Tibet Museum play a crucial role.

The Tibet News Bureau monitors, processes and produces information on Tibet-related issues and disseminates information mainly through three channels: Tibet TV, official websites, and the print media. Tibet TV broadcast information in 12 languages including Tibetan, English, Chinese, Hindi, Nepali, German, French, Spanish, Japanese, Korean, Russian, and Italian. You can access Tibet TV through www.tibetoline.tv, Tibet TV YouTube and Facebook. Our websites are www.bod.asia in Tibetan; www.tibet.net in English and www.xizang-zhiye.org in Chinese. The Print media are Sheja and Bodmi Rangwang in Tibetan, Tibetan Bulletin in English and Xizangtongxun in the Chinese language.

We also publish books on various aspects of the Tibet issue in Tibetan, English, and Hindi through the Translation and Publication section. We represent the voice of Tibetans in and outside Tibet, and effectively connect all the Tibetans and supporters through Tibet News Bureau (TNB). Thirdly, through the Tibet Museum, we work towards documenting, preservation, and educating Tibetans and non-Tibetans on Tibet’s history, culture and present situation. Last but not the least, the Media Coordination Office liaises with various national and international media personnel to inform global discourse on Tibet.

CT: The fateful year of 1959 and the heart-wrenching circumstances under which we lost our country and were exiled is etched in the memories of every single Tibetan. After coming into exile, His Holiness the Dalai Lama established the Central Tibetan Administration in a farsighted move to sustain the Tibetan freedom movement in the long run. Under His Holiness’s guidance and visionary leadership, the elder generation of the Tibetan exiles worked really hard to realise His Holiness the Dalai Lama’s goals and vision. As a result of their determination and resolve, the Central Tibetan Administration has now become what it is today. Therefore, keeping in mind His Holiness the Dalai Lama’s vision, the older generation’s hard work, and as one of the Tibetan refugees myself, I have always considered it my precious duty and responsibility to follow their footsteps and serve this sacred institution to the best of my abilities.

CT:  First of all, I consider it an honour and privilege to have gotten the opportunity to serve the Central Tibetan Administration and the Tibetan community. Being a civil servant means shouldering tremendous responsibilities, at the same time, it is a humbling experience knowing that we are each contributing in our own capacities to the Tibetan freedom struggle. Therefore, irrespective of the portfolios and the duration of one’s service, it is important to do your work wholeheartedly and diligently with the greater interest of the Tibetan cause in our hearts and minds. At the end of the day, I think, as civil servants we all share a sense of fulfilment and gratification in being able to serve the CTA in our own capacities. In my view, this is a meaningful service to the Tibetan cause, and most definitely, a service to our parents all of whom share the same sense of pride and contentment.

CT: I don’t believe that any one individual can make a drastic difference. It is the collective and collaborative efforts of each one of us who work in the Central Tibetan Administration that is the essence of the Tibetan movement. Irrespective of whether or not there is an immediate difference, we must keep working to the best of our abilities in any portfolio that one is assigned to. We must listen to each other, learn from each other, and develop a pure and sincere motivation. This is one of the most important qualifications to become a good civil servant. Especially in today’s times, we are seeing hundreds of bright and educated youth coming to serve the CTA. As a Secretary of DIIR, I have certain experiences of working with the younger generation and I believe that we can make a difference here by setting examples, providing guidance and structure, and nurturing them to realize their full potentials as civil servants. Most importantly, I sincerely believe that it is the unstated responsibility of all the CTA staff to win the trust, respect, and faith of the general Tibetan public in the institution of the Central Tibetan Administration. Since I started working at CTA, I have had the opportunity to meet and interact with numerous members of the Tibetan public. During all these encounters, I worked with the firm belief that my service to them will reflect in their attitude towards the CTA. So, if we do our jobs sincerely and if the public is satisfied with our efforts, they will also reciprocate their feelings in the same way. I believe this is how we can maintain the public’s trust and respect for the CTA.

So far, my experience in both the Education department and DIIR has been satisfying. The people I meet express firm belief in the CTA’s efforts and determination. However, we shouldn’t get complacent. Rather, we should try to sustain the faith of the public. By doing this, we will sustain the Tibetan freedom movement and the CTA.

I also take inspiration from my parents especially my late father who dedicatedly served the Chauntra Tibetan settlement office till the age of 72. I remember him telling me about the hardships faced during the early years of the Tibetan exile. His hard work, courage, and undaunting spirit had a great impact on me. I believe his life has been a true testimony to the principle of service to the community.

CT: Once again, I would like to reiterate the hard work and courage of the first generation of Tibetans in exile who laid the foundations of the Central Tibetan Administration under the visionary leadership of His Holiness the Dalai Lama. The younger generation should take inspiration and encouragement from their selfless acts of dedication. The circumstances in those days were exceptionally difficult to say the least. As the first generation of Tibetan refugees, they gave their blood and sweat to build this institution and overcame all the challenges keeping only the greater interest of the Tibetan cause in their minds. Therefore, I wish to remind the younger generation of Tibetans to follow in the footsteps of the elders as they carry forward the baton of non-violent Tibetan movement. Irrespective of your portfolios and the duration of your service, each one of us must wholeheartedly serve the CTA and contribute to the best of our abilities. Your job may sometimes seem menial and simple, but remember that it is our collective and collaborative efforts that will bear results in the long run. We should see the big picture when it comes to the Tibetan freedom movement. As I have mentioned earlier, it is simply not possible for one person to achieve everything. It is only through collaboration and cooperation that we can achieve something.

It is also important for CTA staff to ensure institutional memory. When time comes, they should be able to pass on their responsibilities to the future staff in a systematic manner that the future staff are able to function as efficiently as possible. As such, it would be beneficial to maintain official guidelines for the kinds of responsibilities that one undertakes in the CTA. This helps the younger generation to build on the work that is already done by the previous generations, and prevents them from encountering the same problems and having to develop a solution that already exists. In this way, we save time and resources that might otherwise be wasted. In the end, the Tibetan movement can succeed only when the institution of CTA remains alive to represent the aspirations of six million Tibetans and advocate for freedom in Tibet. 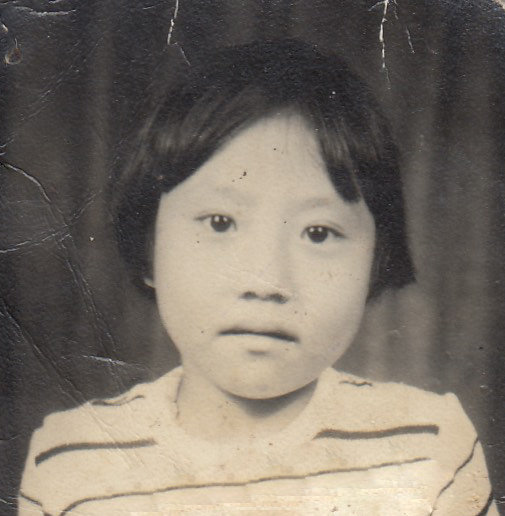 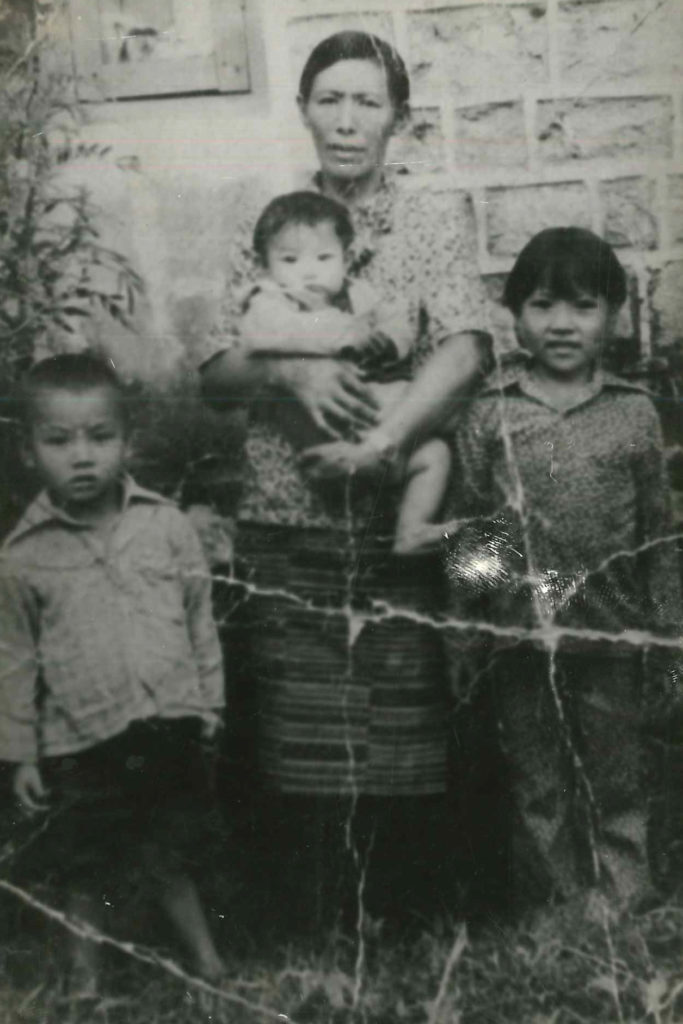 Mrs. Chime Tseyang (left) with her mother and siblings. 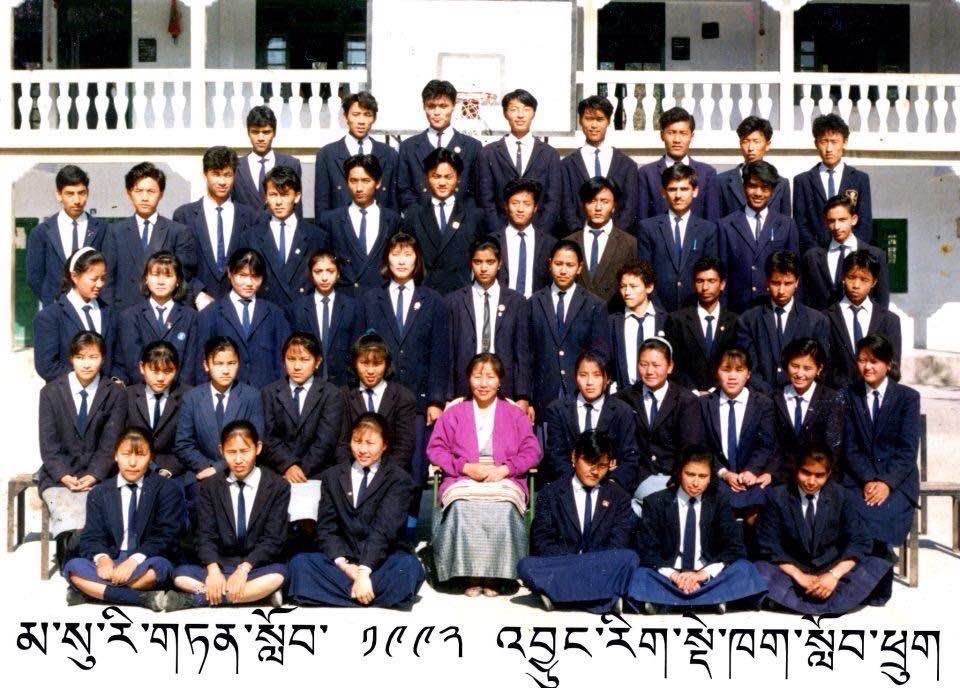 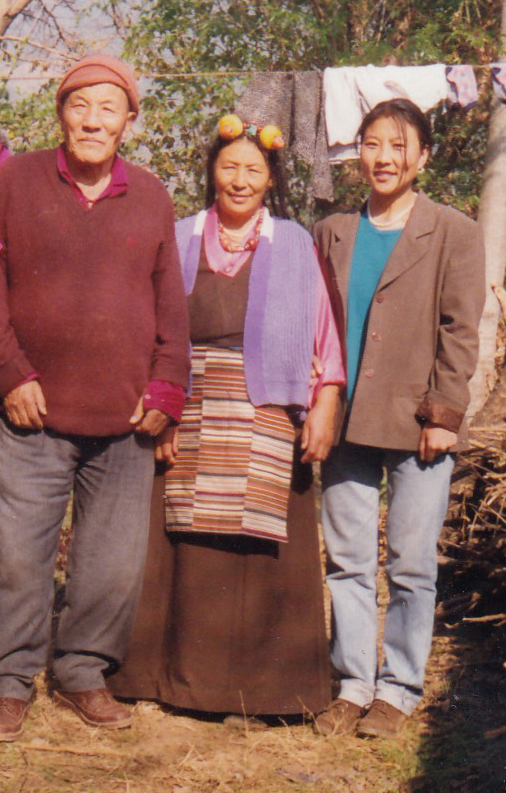 Mrs. Chime Tseyang with her parents at Chauntara Tibetan Settlement. 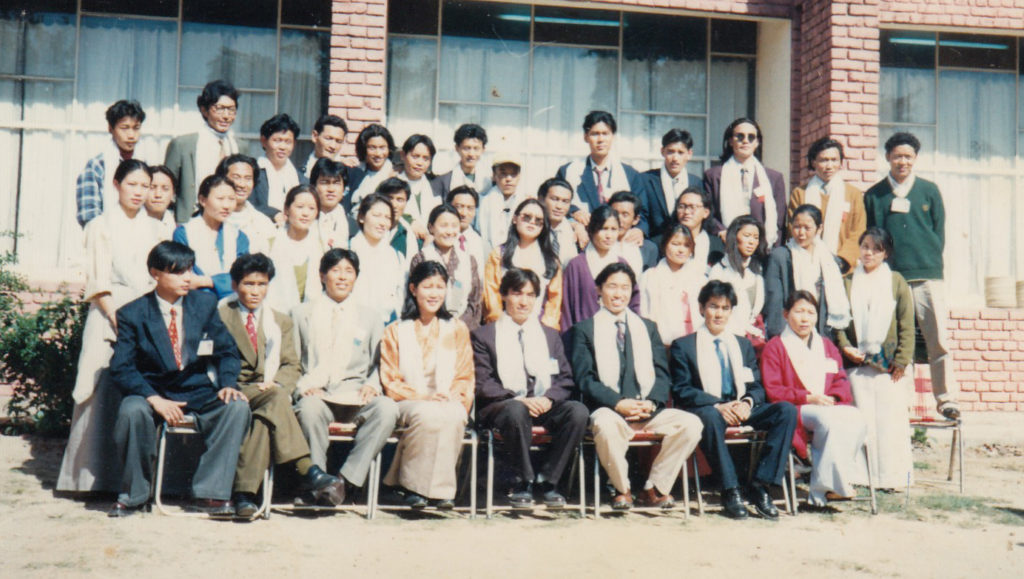 A group photo with College mates in Chandigarh. 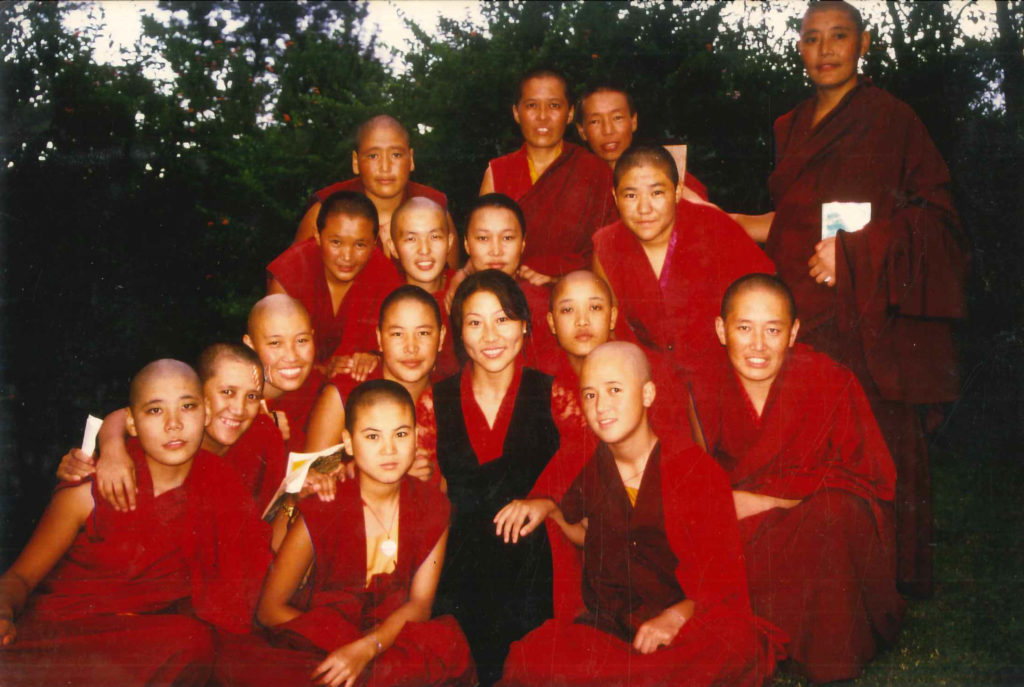 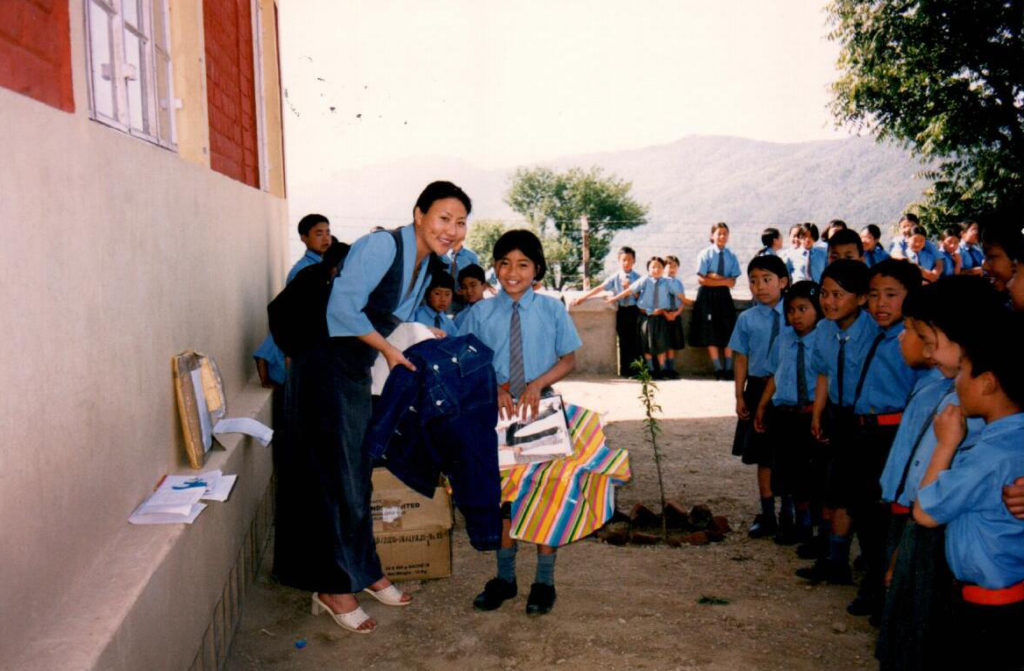 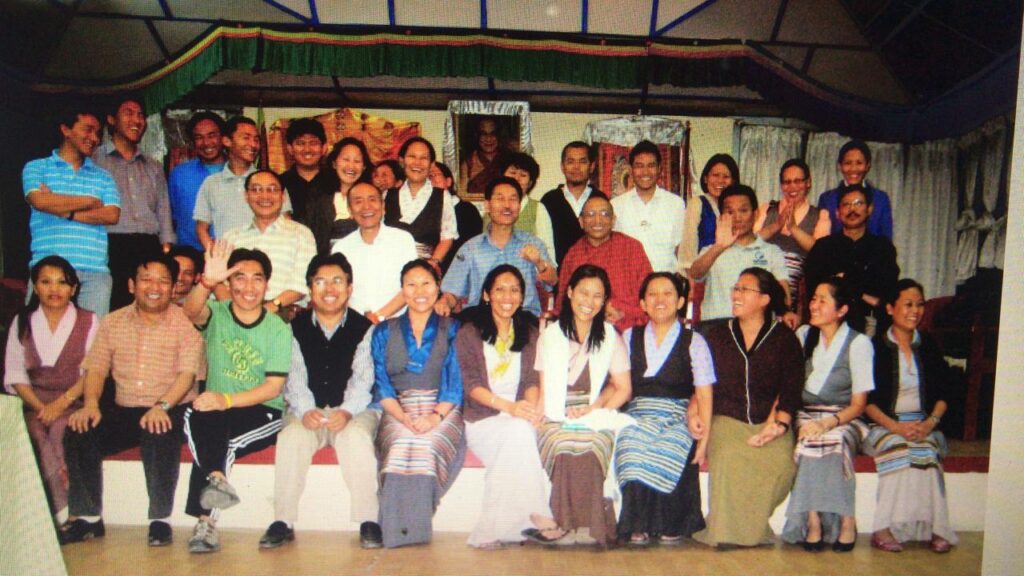 Mrs. Chime Tseyang is seen sharing a light moment with Kalon, Secretary and staff of Department of Education, CTA. 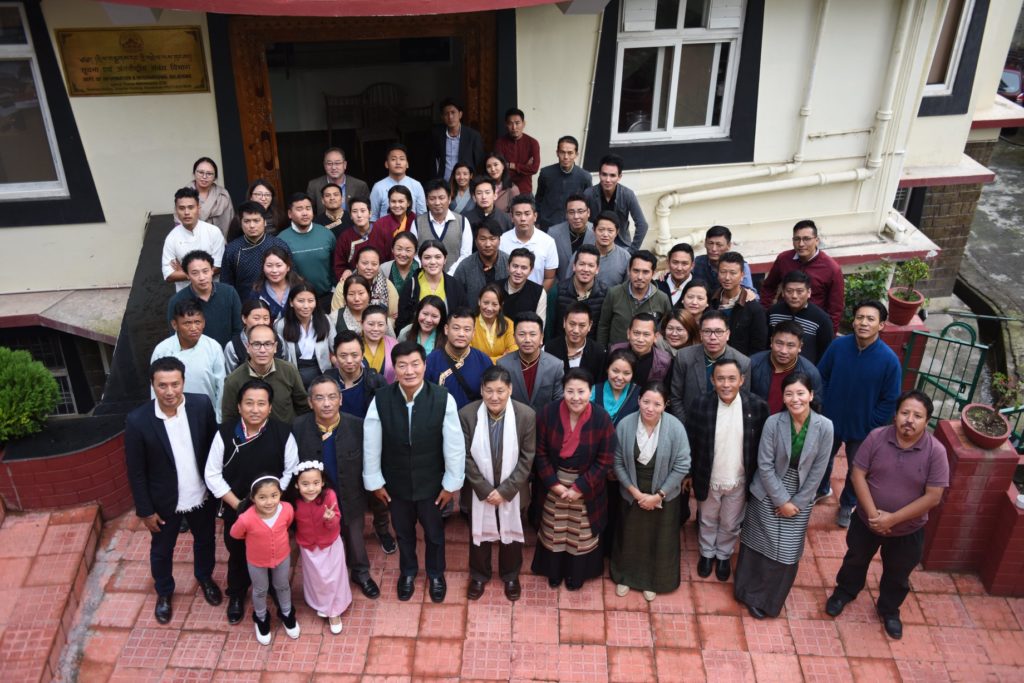 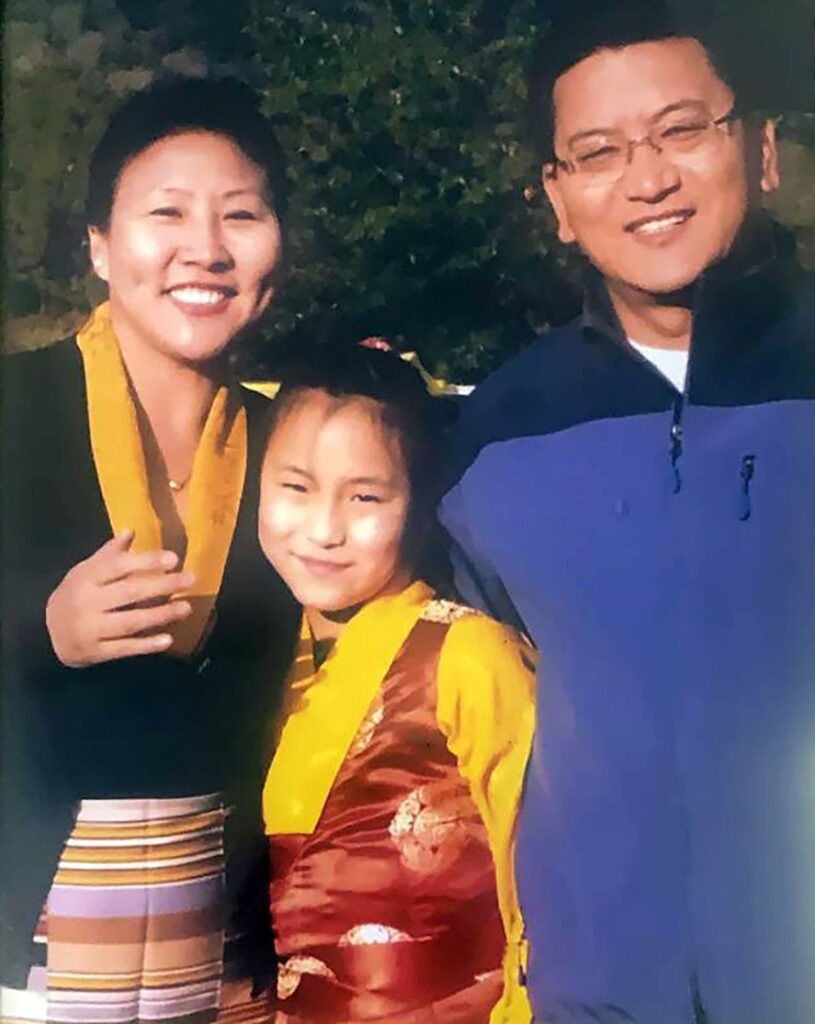 Mrs. Chime Tseyang is seen with her husband, Mr. Tenzin Lungtok and with her daughter, Tenzin Kunsang.