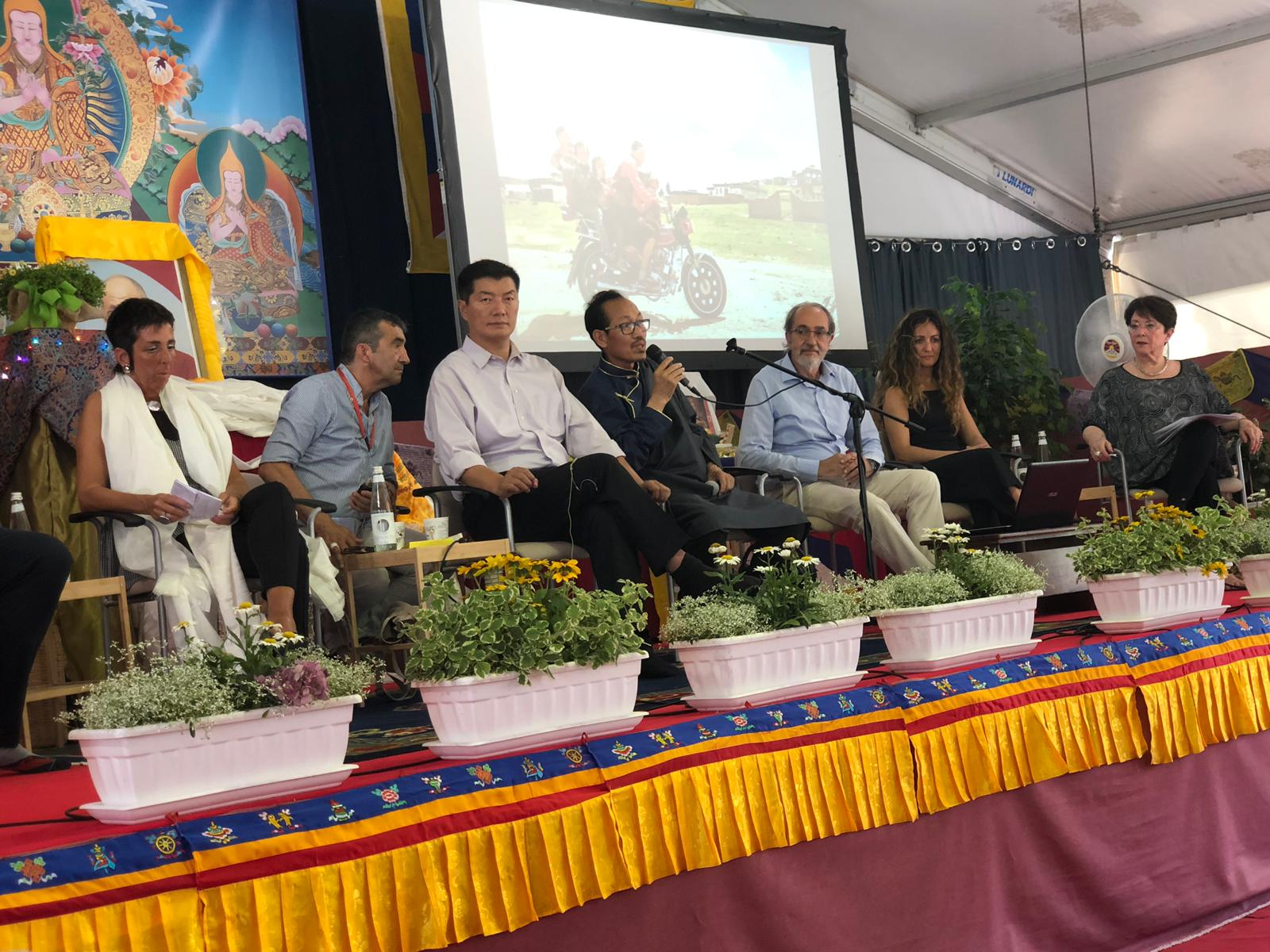 Mayor Carli assured her full support for Tibetans in Pomaia. She explained that her decisions are based on what the heart says, and not dependent upon economic interests. “Land is our home, freedom is our law,” the mayor emphasized as Santa Luce’s principle.

CTA President hailed the Mayor’s principled stance and expressed the need for other world leaders to follow suit.

“84 years of His Holiness in this world is a true gift to humanity and we pray that there will be many more years to come,” said CTA President. 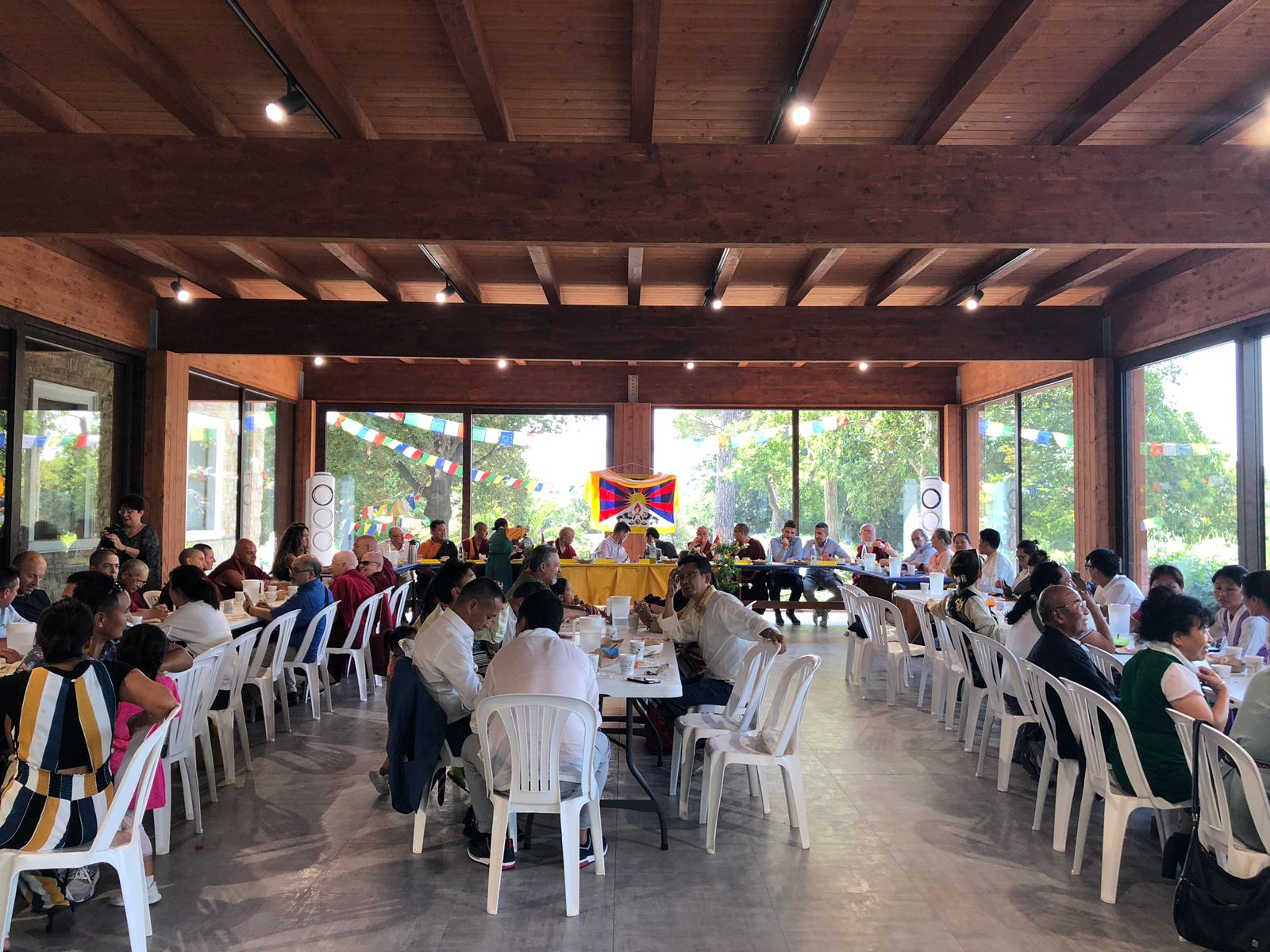 University of Pisa’s Professor Bruno Neri also spoke at the event. He talked about the success of the university’s undergraduate and graduate programs in Buddhist studies that were launched in 2016.

CTA President’s visit was organized by the Tibet Bureau Geneva in collaboration with the Italy-Tibet Association led by Namgyal Soepa.

The Sikyong is scheduled to visit Casa del Tibet in Reggio Emilia next. 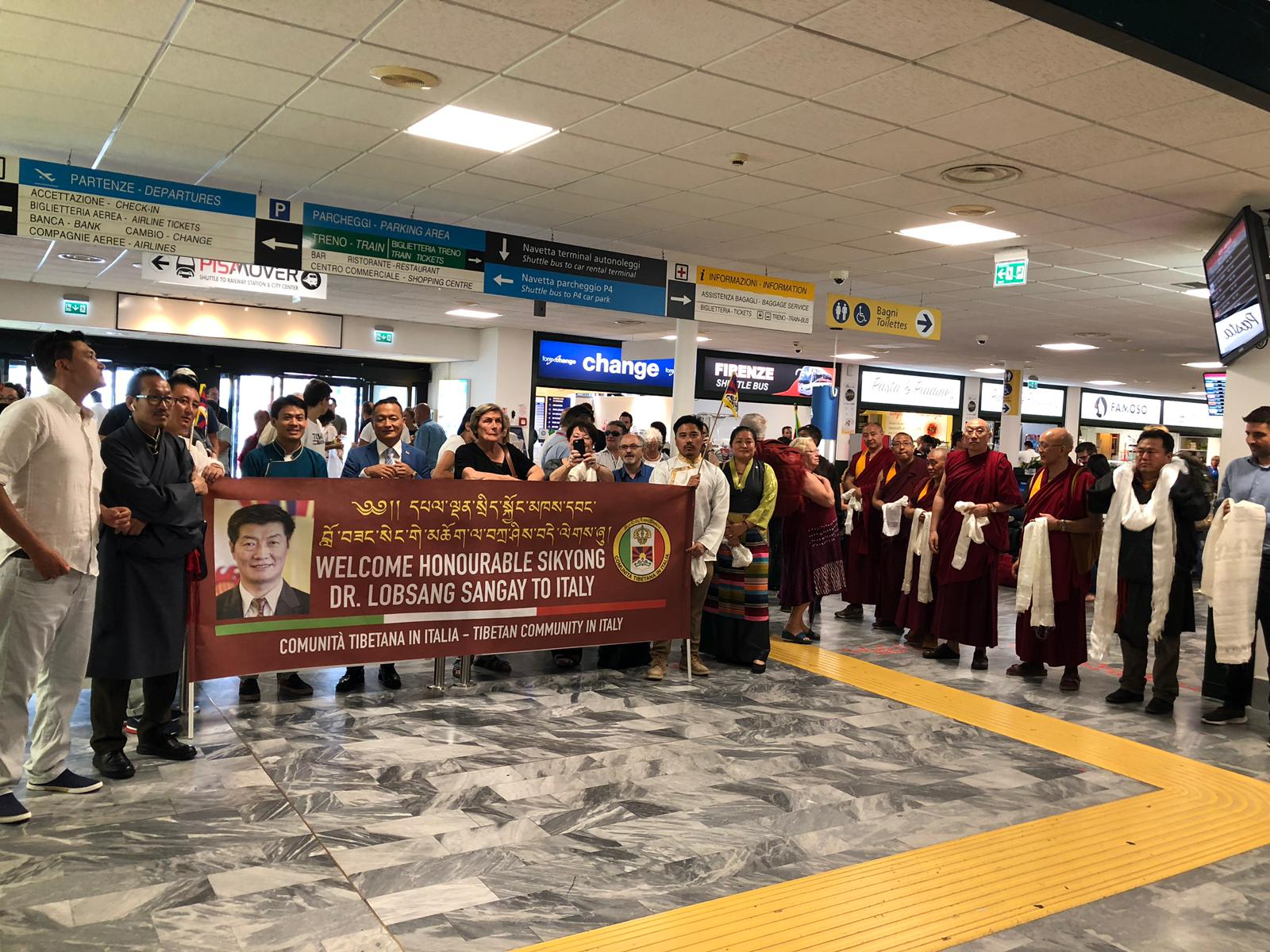 The Tibetan community in Italy holds a welcome reception for CTA President at Pisa International Airport.

-Filed by the Tibet Bureau, Geneva