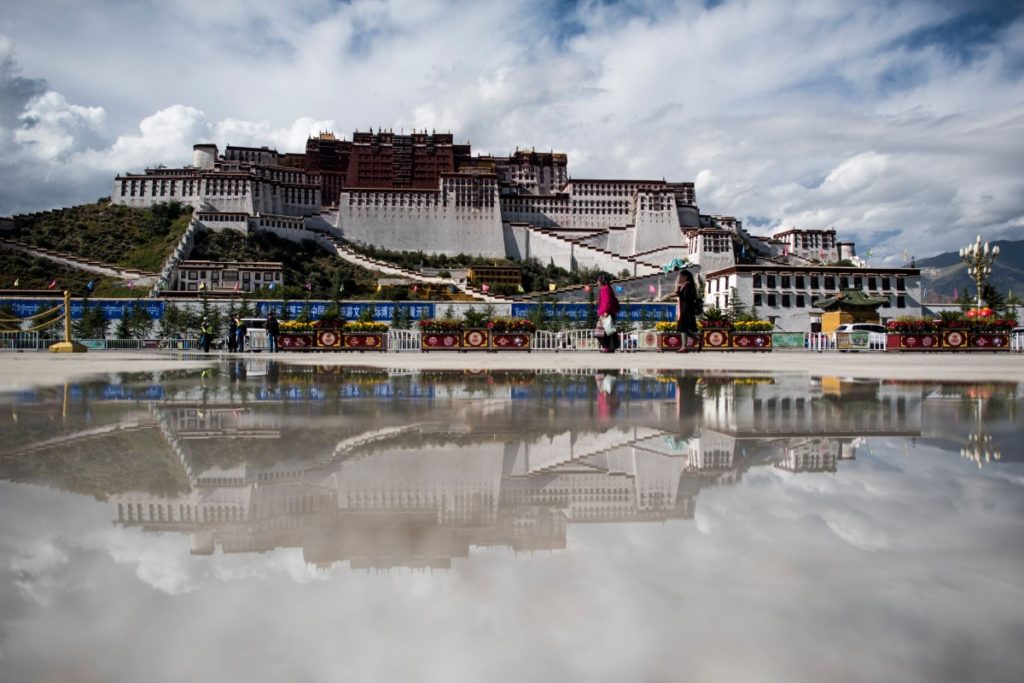 According to Tibet Daily, a new regulation is passed by the so-called “Tibet People’s Congress” requiring “all levels of government, companies, community organisations, villages, schools, military groups and religious activity centres be responsible for work on ethnic unity.” This regulation is passed four years after similar rules were introduced in Xinjiang and will take effect in the so-called “Tibet Autonomous Region” on 1 May 2020.

Tibetan language activist Tashi Wangchuk on 22 May 2018 after a long legal battle after his arrest in January 2016 was charged with “inciting separatism.” The regulation passed makes similar vague assertions. The document in Tibetan translation runs into over 19 pages in length. Although I claim no expertise in Chinese legal system and jurisprudence, even with a cursory reading of this regulation it appears that it provides the Chinese state with an additional legal tool to suppress Tibetan resistance under obscure and largely undefined phraseology.

For instance, the 46th article of this regulation describes that individual “harming ethnic unity” by “taking part” or “discussing separatism” and jeopardizing “social harmony” will be subjected by relevant offices through “criticism, re-education” and administer “corrective courses.” The same article outlines that matters concerning “security” will be accordingly punished.

This regulation is chilling in itself concerning the rights of Tibetans, however, this might give us an indication to the broader debate surrounding China’s “ethnic policy.”

After the widespread Tibetan protests in 2008 and then a year later in Xinjiang, the debate surrounding China’s ethnic policy got amplified. Among Chinese scholars, the most prominent voice calling for the elimination of minority nationality status is the Peking University Sociologist, Ma Rong. Ma’s stated goal is to “de-politicize” ethnic identity and proposed complete rejection of the word Minzu in favour of Zuqun. For Ma, this will lead to social and political stability with Han and non-Han assimilated into a unified identity of Zhonghua Minzu.

In other words, Tibetans, Manchus, Mongols, Uighurs, Yi would be stripped of their ethnic identity and instead become “Chinese People”. To realize this shared enterprise, Ma suggests strengthening of the Chinese legal system as a necessary measure to ensure the safeguard of social justice and ethnic equality. Answering to his critiques, he argues that depoliticisation of ethnic identity also involves jettisoning Stalinist theory of Nationality:

He draws attention to the limitations of ‘Marxist nationality theory’ which according to him “provides little help in improving relationships among China’s ‘nationalities’. He is perhaps referring to Tibetan leaders who were part of the Communist apparatus yet calling for the preservation of Tibetan language, identity and culture. Ma’s response is quite telling when he suggests that “in fact, minority elites who were educated by ‘Marxist theory of nationality’ have shown a stronger ‘nationality consciousness’ in dealing with these issues”.

During the 19th Party Congress, a radical change in the history of the Chinese Communist Party took shape where the National People Congress reappointed Xi Jinping with no limit on the number of terms he can serve. This came in the wake of a terse announcement by Xinhua News Agency on February 25, 2018, saying that “The Communist Party of China Central Committee proposed to remove the expression that the President and Vice-President of the People’s Republic of China ‘shall serve no more than two consecutive terms” from the country’s Constitution”.

In his Work Report at the 19th Party Congress, Xi Jinping delivered a speech that lasted for over three hours; he further stressed the role of the United Front Work Department (UFWD) to “ensure the success of the Party.” The United Front Work Department functions by liaising with the Chinese People’s Political Consultative Conference (CPPCC). On the sideline of the CCP’s 19th National Party Congress on October 20, Zhang Yijiong, the executive deputy head of the UFWD, elaborated on the CCP’s policy on religious affairs since the 18th Party Congress in 2012 (Desal 2019). Zhang stressed on CCP’s goal of “sinicizing religions” in China and the role of the religious community in realizing “socialist core values.” In the public address he further went on to say and it is quoted below in verbatim, he said:

It is unclear what direction the CCP is headed in terms of managing diversity. Secret official documents leaked over mass-internment of Uighur people reveals CCP’s radical plans to remould the society and transform thoughts and behaviour of “minoritized” people. We are not unknown to China’s selective use of its laws to suppress Tibetan resistance and other dissidents of the Chinese state. But the emphasis on “ethnic unity” and calls for sinicization of Tibetan culture and religion points to a disarrayed yet committed orientation.