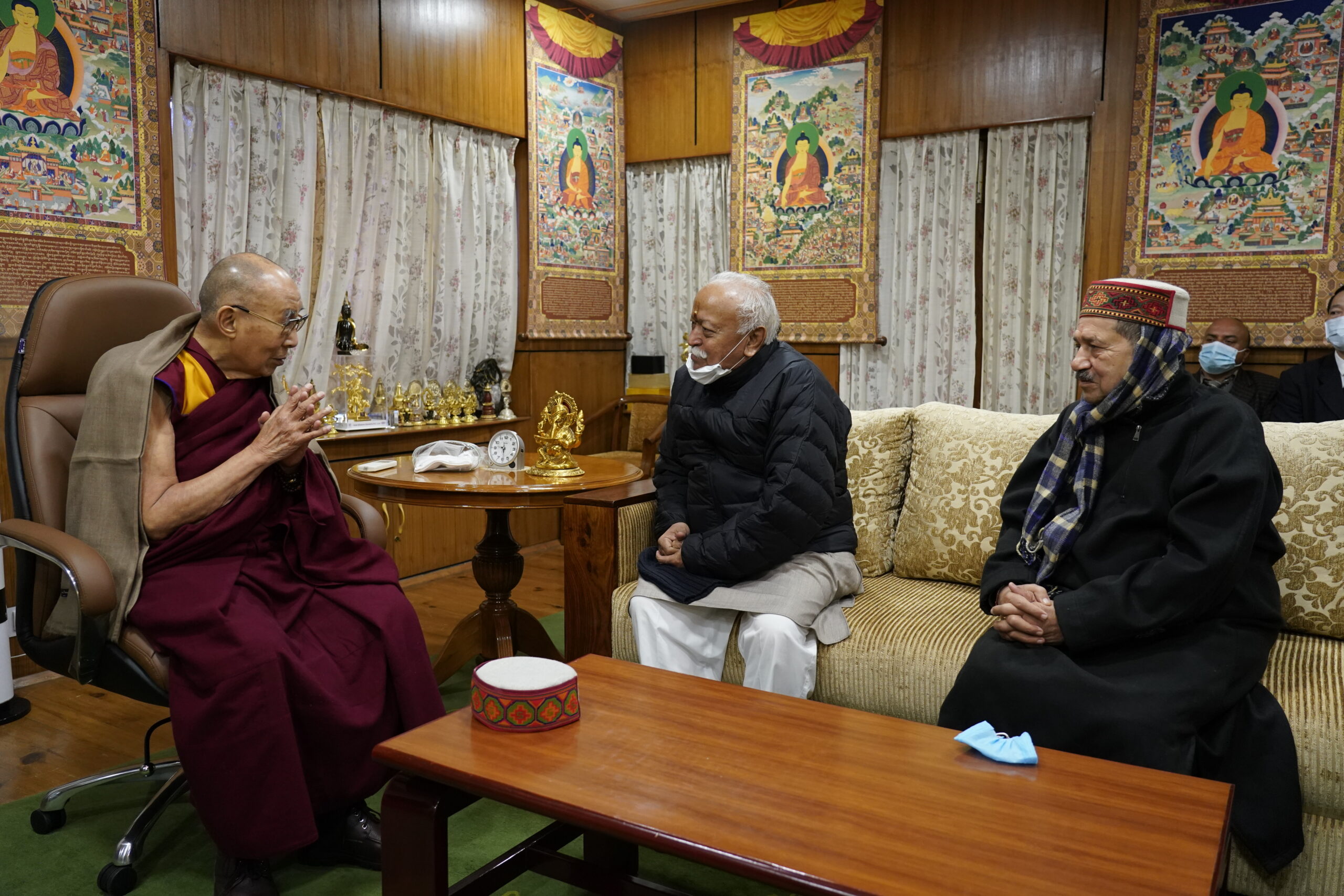 RSS Chief Bhagwat, who is on a five-day tour to Kangra, was accompanied during the audience by Shri Indresh Kumar, senior leader of the RSS. Following the audience with His Holiness the Dalai Lama, the visiting RSS leaders were met by Sikyong Penpa Tsering, Kalons of the 16th Kashag and Speaker Khenpo Sonam Tenphel. During their meeting with the RSS leaders, the Tibetan leaders expressed the Tibetan people’s gratitude to the government and people of India for their hospitality and support to His Holiness the Dalai Lama and the Tibetan people. 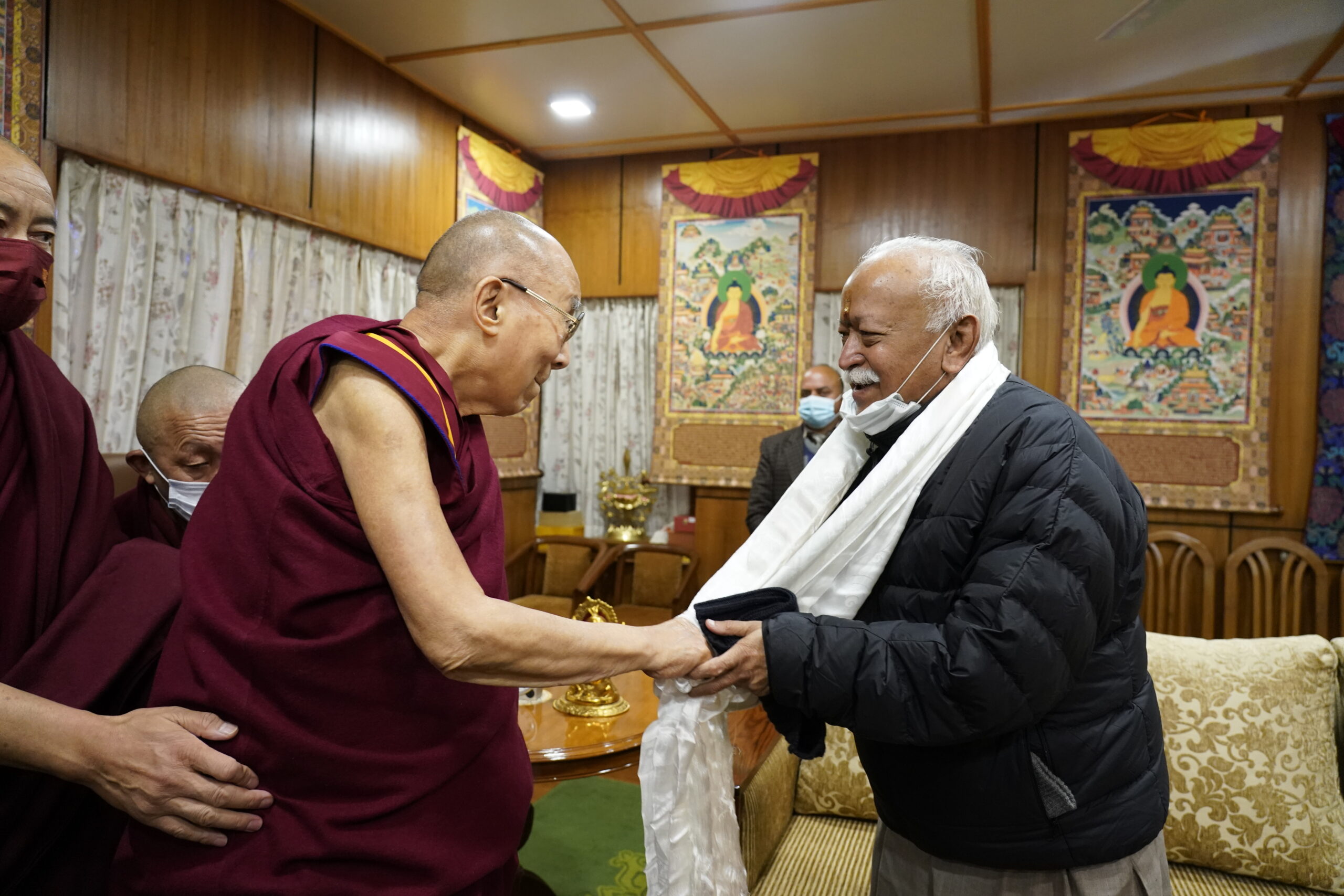 “RSS chief Mohan Bhagwat’s visit indeed came about after His Holiness the Dalai Lama started granting in-person meetings since December 15, the first of which was offered to Sikyong, making this His Holiness’ second in-person meeting after the emergence of the ongoing pandemic,” Sikyong added.

Although the conversation between His Holiness the Dalai Lama and the RSS delegates are not disclosed, Sikyong Penpa Tsering assumed the talk could be about the general issues saying “they must have talked about the larger interest of humanity on major issues.”

Shri Indresh Kumar, speaking about the conversation to the media, said His Holiness the Dalai Lama told them that India is the model of religious harmony and that India should make it known to the world. He added that RSS chief Dr Mohan Bhagwat also expressed India’s solemn support to Tibet. 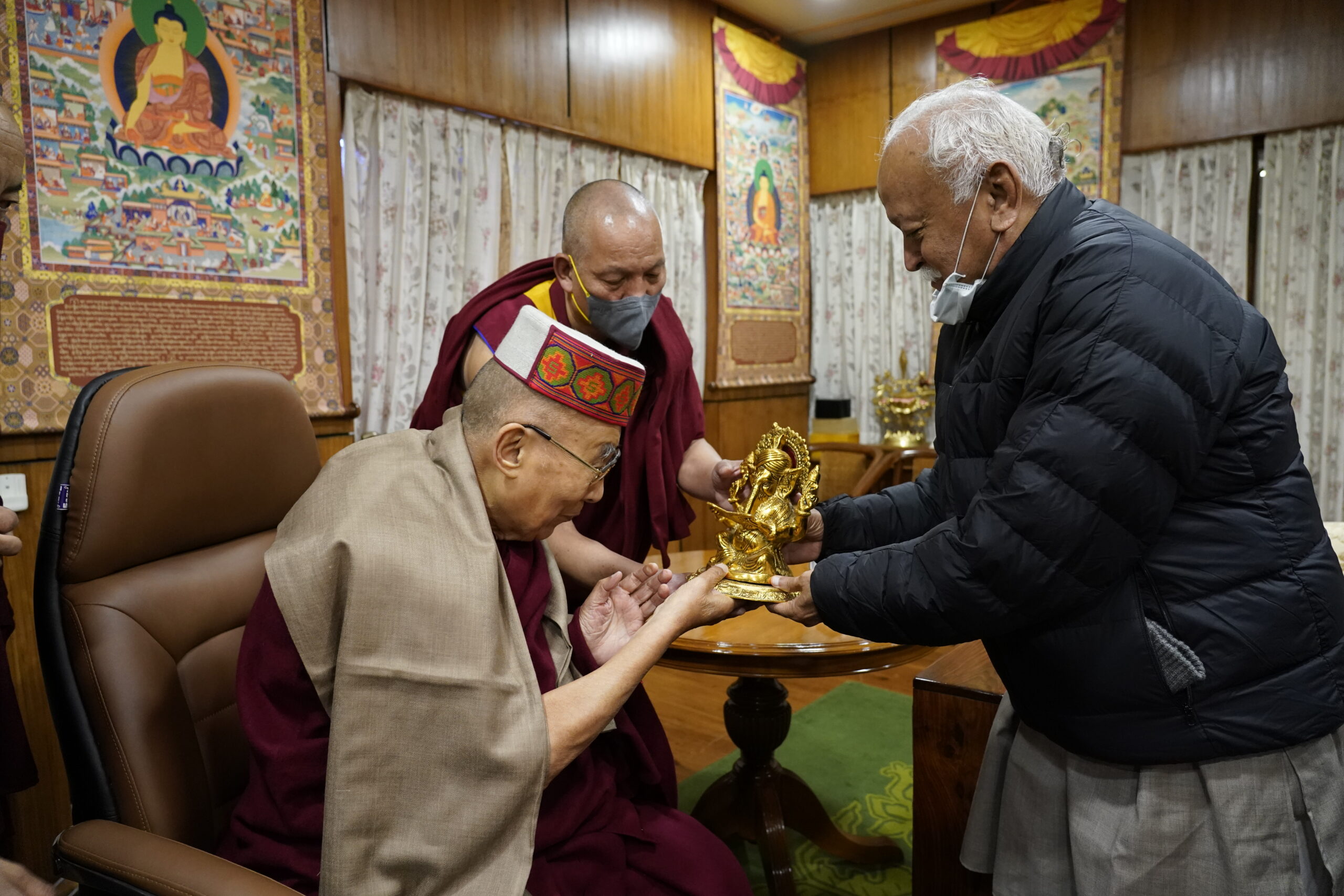 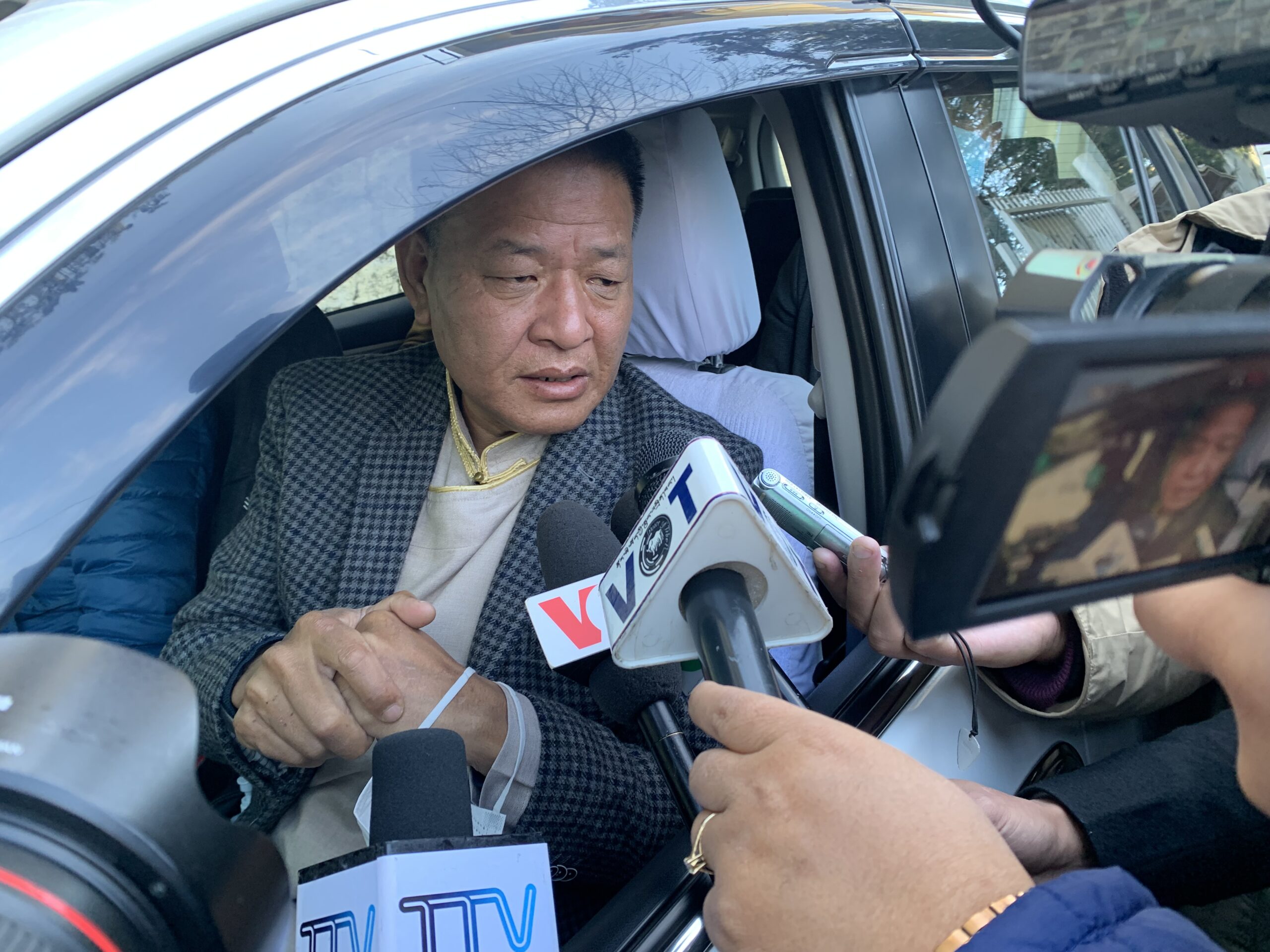 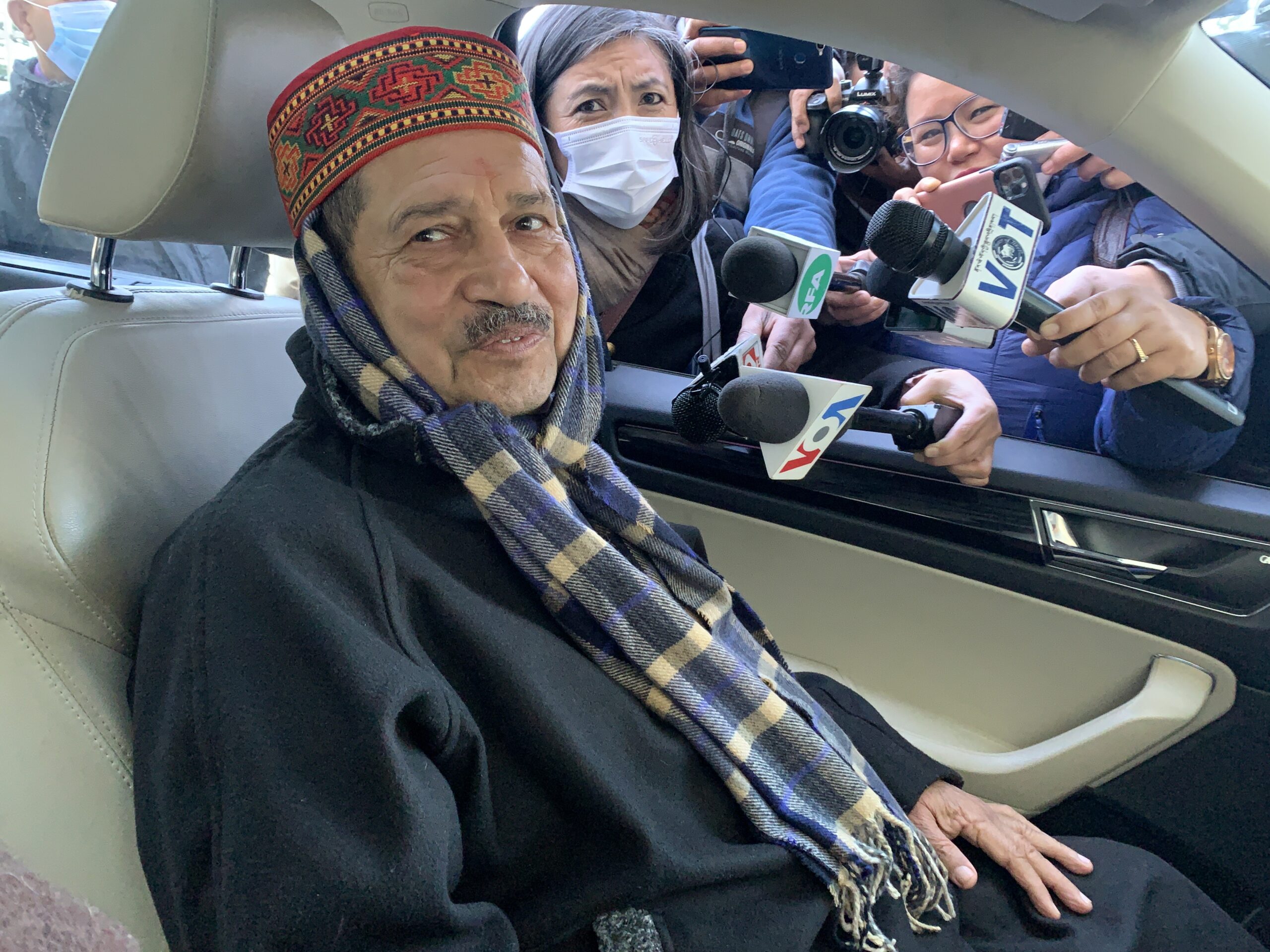