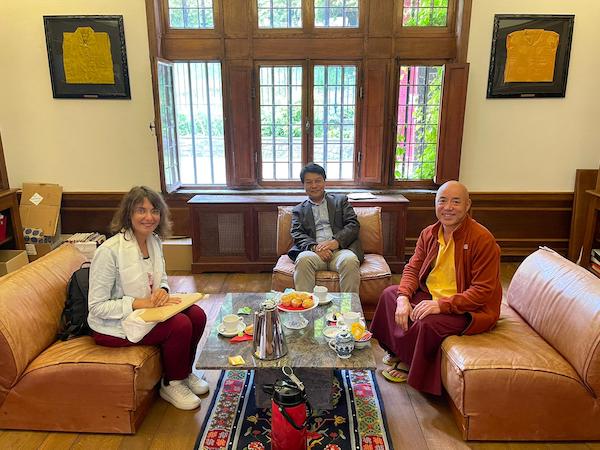 Representative Tashi Phuntsok was in Yuenten Ling, Tibetan Buddhist Centre in Huy, Belgium yesterday, Friday, 9 July. The Centre is conducting a 5-day Sheney (Mindlfullness) programme. He had arranged Ms Ginelle Nath and her husband to visit the Centre and also have their meeting in the Centre. Ms Ginelle Nath is a journalist at the De Standdard, a prestigious Flemish newspaper in Belgium.

Representative Phuntsok met her and her husband in the Centre’s library over a cup of tea. The conversation commenced with the recent event of His Holiness the Dalai Lama’s birthday. They discussed the four commitments of His Holiness. Mr Phuntsok enunciated the life-long efforts by His Holiness over these. He shared his own experiences of His Holiness’ interactions with world leaders, religious heads, scientists and the general public where His Holiness worked so much to promote those values.

The validity of His Holiness efforts to revive the ancient Indian learning, especially the Nalanda tradition was highlighted. The balance of physical health and mental health could only ensure a more healthy and harmonious world. In this the contribution of Nalanda learning in modern times is significantly relevant, he informed.

Ms Nath wanted to know about the issue of Tibet and China. Mr Phuntsok reviewed the issue broadly and briefly. He also informed them of His Holiness’ admiration of the European spirit. This reflected the essence of the Middle Way Approach of the Tibetans towards the resolution of the Tibetan problem with China.

She asked about Tibetan exile and recent elections and the difficulties. Mr Phuntsok outlined the Tibetan life in exile and in particular the Tibetan administration in India. The single-handed leadership of His Holiness was highlighted, leading to the recent devolution of power. The Tibetan experiment in democracy is an ongoing commitment of the Tibetans. The hope of the Tibetans is to ensure their identity and culture is not overwhelmed by the Chinese juggernaut.

His Holiness has visited Yuenten Ling five times. The last was in 2012 when he was made an honorary citizen of Huy, where the Centre is located. Ms Nath is of Indian descent and had visited Dharamsala some years ago. De Standdard has covered on Tibet and the Centre frequently. She has written a report in the newspaper on His Holiness birthday. 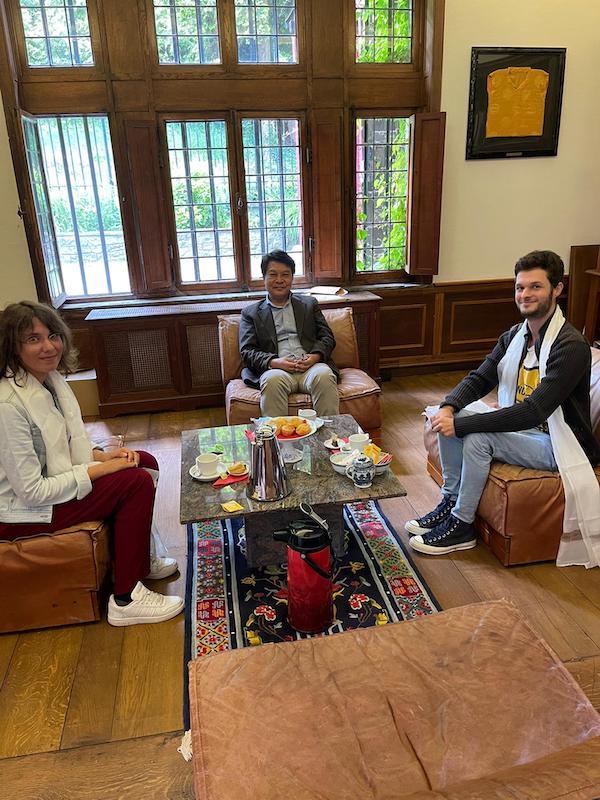 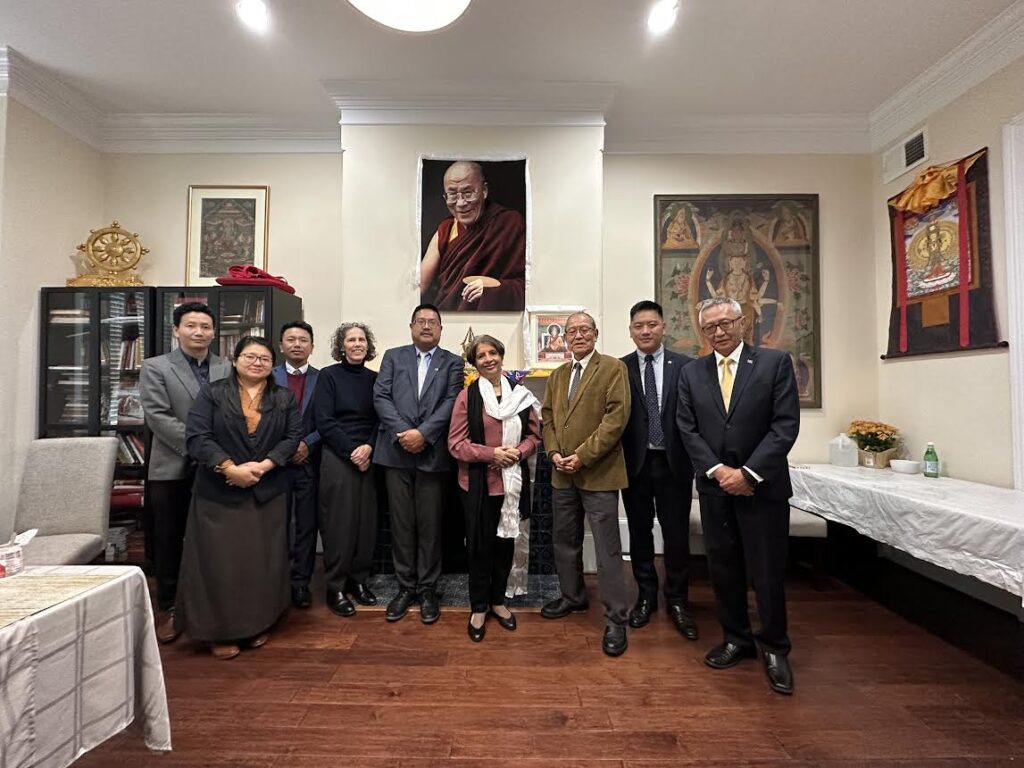