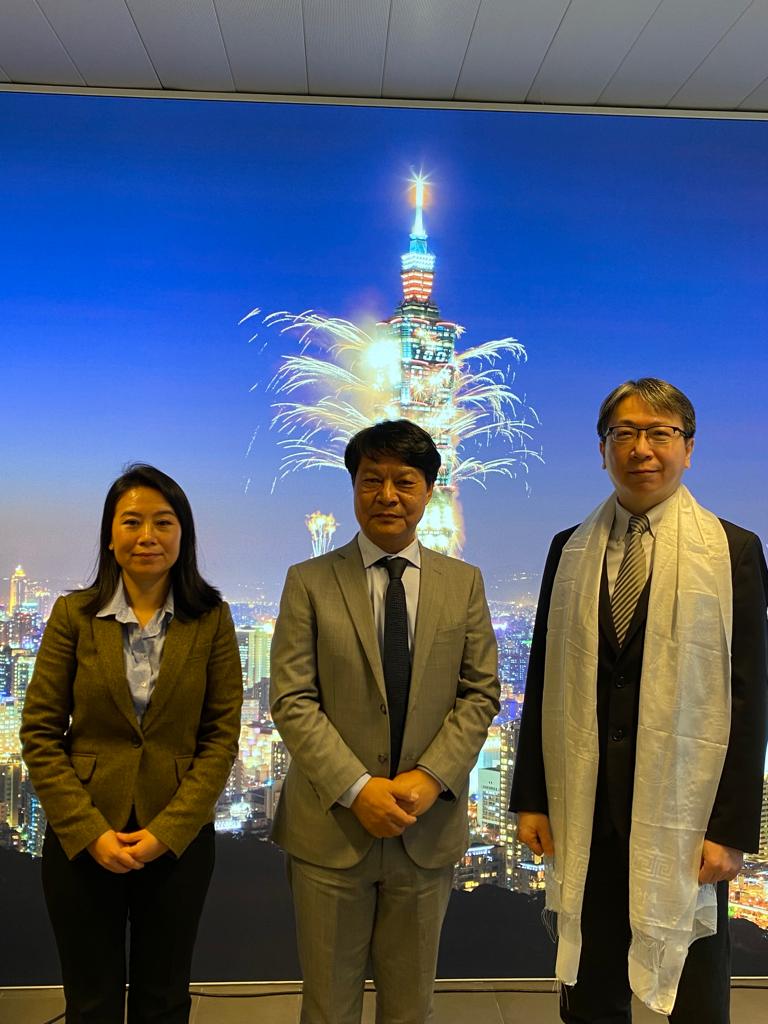 Brussels: Representative Tashi Phuntsok called on the Taiwanese Representative Ming-Yen Tsai today, January 7, at latter’s office. Both the representatives are meeting in person for the first time since Mr Tsai’s takeover of the Office. Tsai has replaced Harry Tseng, who is now a Deputy Foreign Minister of Taiwan, and with whom Office of Tibet enjoyed close relations and who participated in number of Office of Tibet events, including photo exhibition in the European Parliament and annual receptions of the Office of Tibet to celebrate the birthday of His Holiness the Dalai Lama.

During their meeting, Representative Phuntsok apprised about the degrading situation in Tibet, East Turkistan, South Mongolia, Hong Kong and Taiwan owing to repressive and militant policies and postures of China.

Despite 60 years of occupation of Tibet, Representative flagrantly attested that China was unable to stifle the Tibetan resistance and break the resilience of the Tibetan people. He expressed his solidarity with the people of Taiwan who bear daily military threat from China.

Representative Tsai thanked the Representative of Tibetans in Brussels for the visit. The former then gave an overview of the various challenges and opportunities presented by China’s policies in the region, including human rights violations. He recounted various initiatives taken by the EU vis-a-vis EU-China relations, official delegation’s visit to Taiwan, the suspension of EU-China Comprehensive Agreement on Investments (CAI), and the various steps that the EU is taking to protect Lithuania after the opening of Taipei Representative Office there.

Meanwhile, Representative Phuntsok also recalled the strong positions that the United States has taken on the issue of Tibet in the recent times. To mention a few: The Tibet Policy and Support Act, the Reciprocal Access Act, the Magnitsky Act etc. The European Union too has taken steps, including the Magnitsky Act, and CAI  as push back against China for not observing the “level playing field” international decorum. He hoped that the EU would augment its positions in order to protect its basic values from being over run by “Chinese Characteristics”.