Brussel: The U.S. Charge d’Affaires A.I. Nicholas Berliner met with Tashi Phuntsok, Representative of His Holiness the Dalai Lama for the EU & Western Europe on Friday, 24 September at the official residence of US Ambassador, Whitlock Hall, in Brussels.

Among other things, Representative Tashi Phuntsok thanked the US administration for the recent various forms of concrete and open expression of support for Tibet and Tibetan people. Charge Berliner, inter alia, recalled the worldwide respect for His Holiness the Dalai Lama and in particular, the regard and affection that the people of America have for him. He emphasized that the US support for Tibetan people is hinged on its core values and principles.

Last year, the Office of Tibet also joined the official reception of the US Embassy in March to celebrate the US-Belgian friendship, hosted by CDA Berliner. 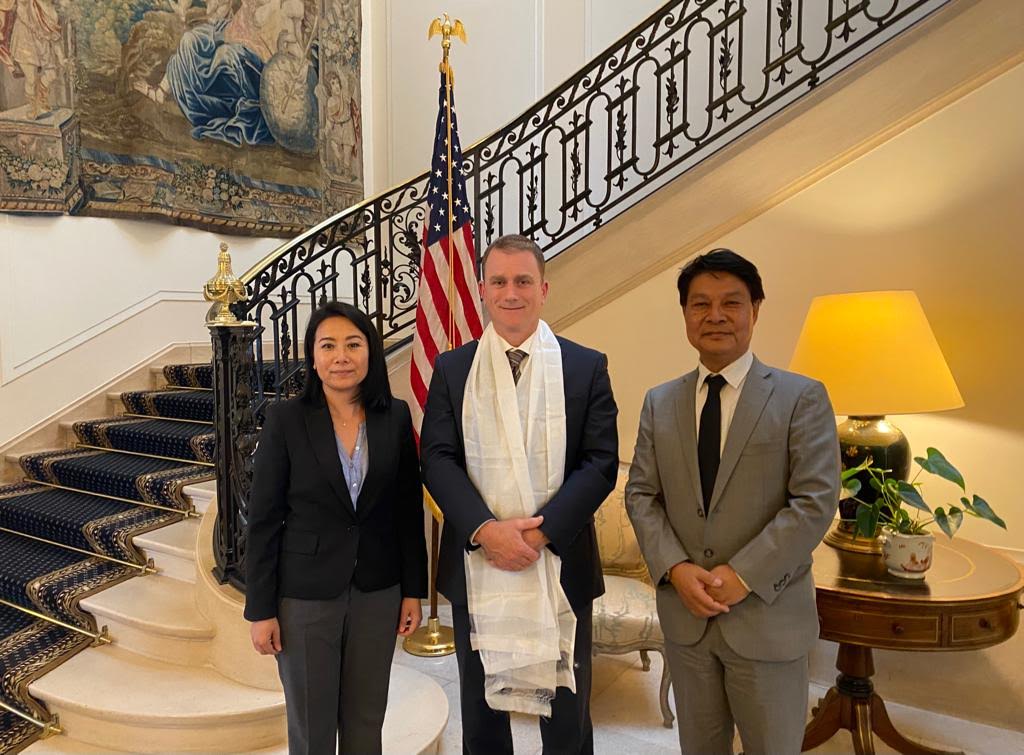