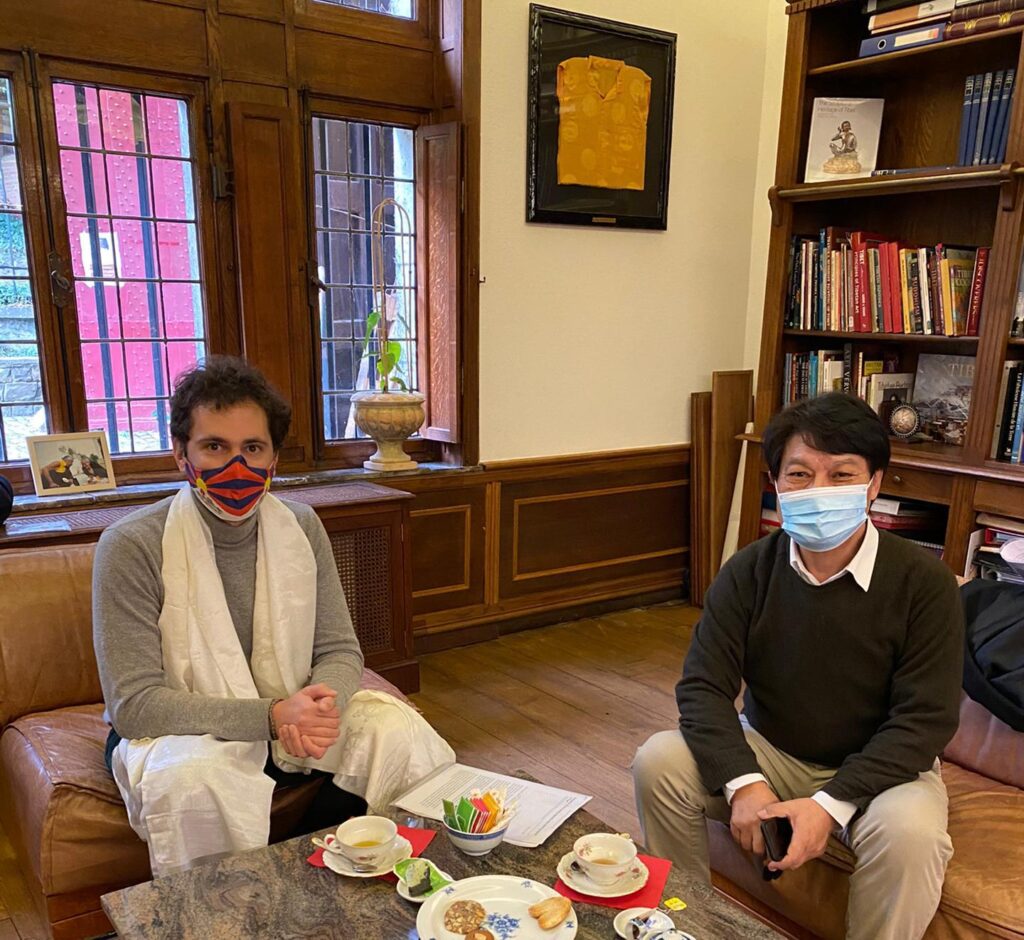 Brussels: Belgian Federal parliamentarian Mr Samuel Cogolati was briefed in detail on the recent developments on the issue of Tibet by Representative Tashi Phuntsok today during their meeting at Yuentenling Buddhist Institute in Huy, Belgium. Mr Cogolati had kindly accepted Mr Phuntsok ‘s request for the meeting as he was visiting the Centre and Mr Cogolati is from Huy.

Representative Phuntsok informed Mr Cogolati about the recent virtual meeting of US Special Coordinator for Tibet Mr Robert Destro with His Holiness the Dalai Lama on the 13 January and with CTA leadership on 12 January.

He also brought to the attention of the parliamentarian the significant Acts passed in the US Congress, namely the Reciprocal Access to Tibet Act (RATA) and Tibet Policy and Support Act (TPSA). He explained the underlying salient features of the Acts.

As Mr Cogolati belongs to the Green Party, he was also informed about the webinar of His Holiness with Greta Thunberg. Mr Cogolati is also a vice convenor of the International Parliamentarian Alliance on China (IPAC). Additionally, Mr Phuntsok made an extensive presentation on the labour camps in Tibet.

Recalling Mr Cogolati’s earlier contributions in eliciting Belgian government’s positive positions on succession of His Holiness and disappearance of the Panchen Lama, he was requested to raise the issue of labour internments as well. Mr Cogolati promised to do so. Representative Phuntsok presented the full TPAC document and labour camp report for Mr Cogolati’s easy reference. 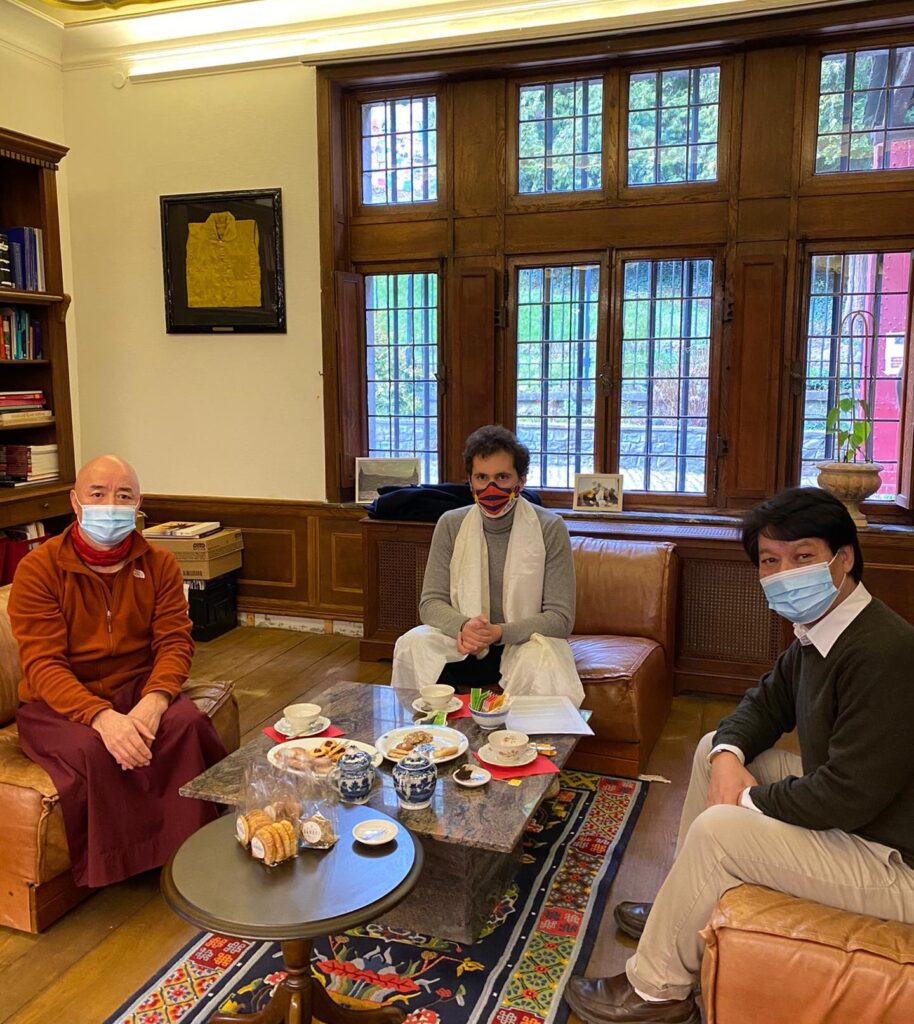 Lama Zuepa of Yuentenling was also present at the meeting. After the meeting, he took the guests for a short visit around the Centre. Mr Cogolati gladly joined with the Representative, Lama Zuepa and Lama Tashi Nyima, other main teacher of Yuentenling, for an early light lunch.

Representative Phuntsok was visiting Yuengling at the invitation of Lama Zuepa and the Centre after over a year. Whilst there, the Representative and the Lamas recalled various aspects of their work.

In an earlier meeting last year Lama Zuepa had expressed his concern to the Representative on the lack of secular education of their novice monks in their original monastery in Sonada, near Darjeeling in India. Luckily at the end of 2019, 24 young monks were admitted to the local Tibetan school in Sonada. It was facilitated by the Tibetan Settlement Officer Ms Tenzin Yangzom and the School administration. Ms Phillippine Van Zuylen, Nalanda Centre, Brussels, who was on her annual visit to the monastery, was present at the admission. Everyone is very pleased about that. 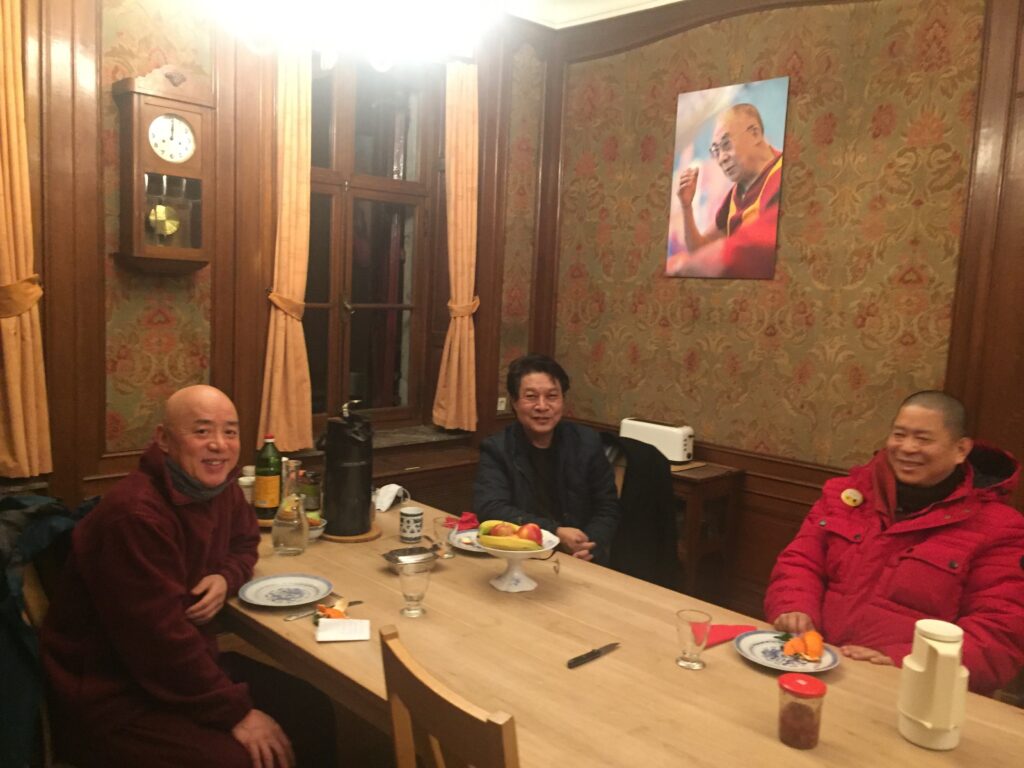 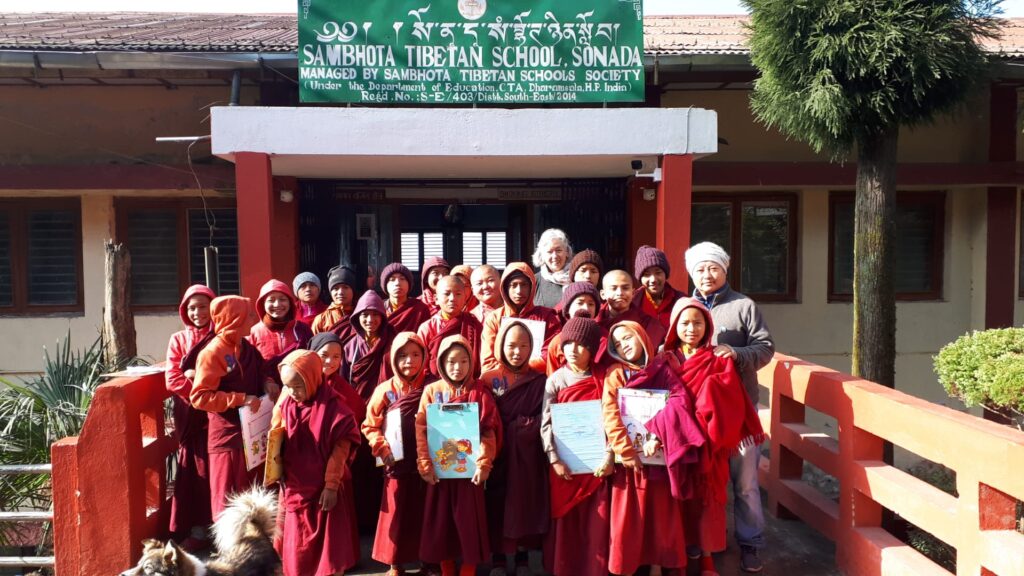 Young monks from Sonada monastery with Philippine van Zuylen (back) on their admission to school.