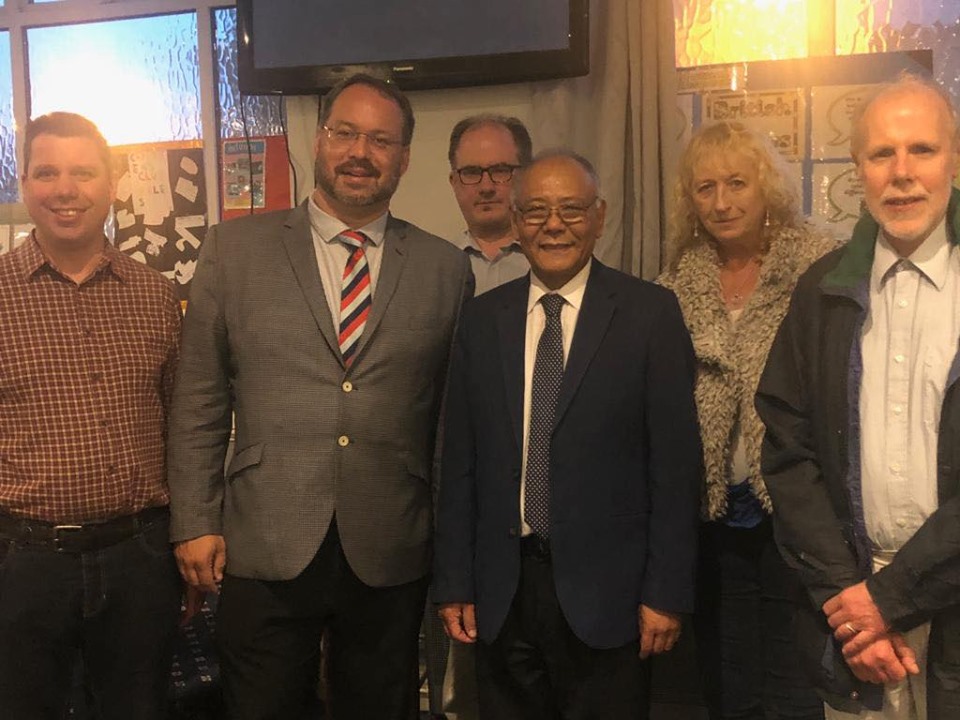 Representative Sonam Frasi with members of the executive council of Edmonton Conservative Association.

England: The executive council of Edmonton Conservative Association invited the Representative of His Holiness the Dalai Lama at the Office of Tibet, London, to speak about Tibet and about the workings of the office at their monthly Tuesday meeting on 11 June 2019

Conservative Association is a local organisation composed of Conservative Party members in a particular locality, in this case, Edmonton.

Representative Frasi gave a brief summary of the contemporary history of Tibet culminating in the escape of His Holiness the Dalai Lama to exile into India. He went on to explain the Tibetan exile movement and the structure & working of the Dharamshala-based Central Tibetan Administration, noting where the Office of Tibet, London fits into this structure.

Speaking about the current state of affairs inside Tibet, Representative Frasi noted that the lack of freedom of the Tibetans to publicly practice one’s religion, culture & language without fear of reprisal, increased political repression by the Chinese authorities, and lack of any space for expressing dissent has led to more than 150 known cases of Tibetan self-immolations.

Expressing his concern at the environmental damage to the Tibetan plateau, Representative Frasi made special mention of China’s attempts to divert the river waters from their normal flow to the arid northern region and the aggressive construction of dams over Tibet’s rivers, which he pointed as the root cause for increase in earthquakes in Tibet. He also touched upon the excessive mining in Tibet resulting in landslides and river pollution.

In his call to action to the more than 25 association members gathered late in the windy cold evening, Representative Frasi urged the audience members to call upon their Members of Parliament to raise the Tibet issue in the Parliament and in their deliberations. He urged them to take the case of Tibet’s environment as a starting point, considering the huge impact any damage on Tibet’s plateau has to the rest of the world and to the global climate change in particular.

After an interactive question & answer session, where the association members raised issues of concern such as the case of the missing Gendun Choekyi Nyima, the almost two-hour long evening talk session concluded.

This talk at the Edmonton Conservative Association provided a wonderful opportunity for the Office of Tibet to speak about Tibet issues to a new audience. 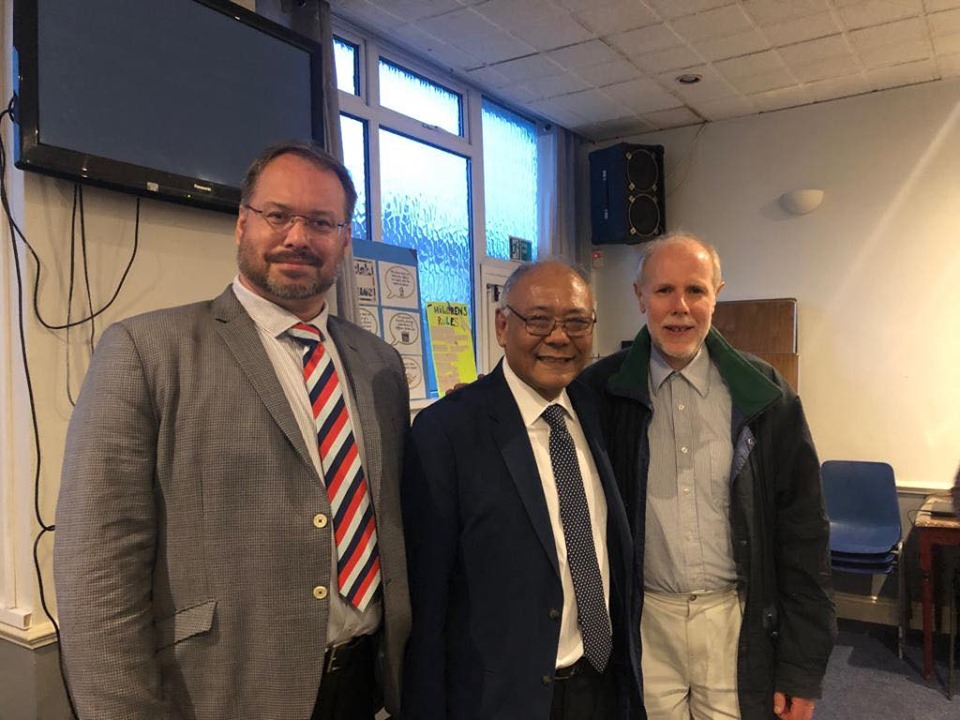 Representative Sonam Frasi with members of the executive council of Edmonton Conservative Association.