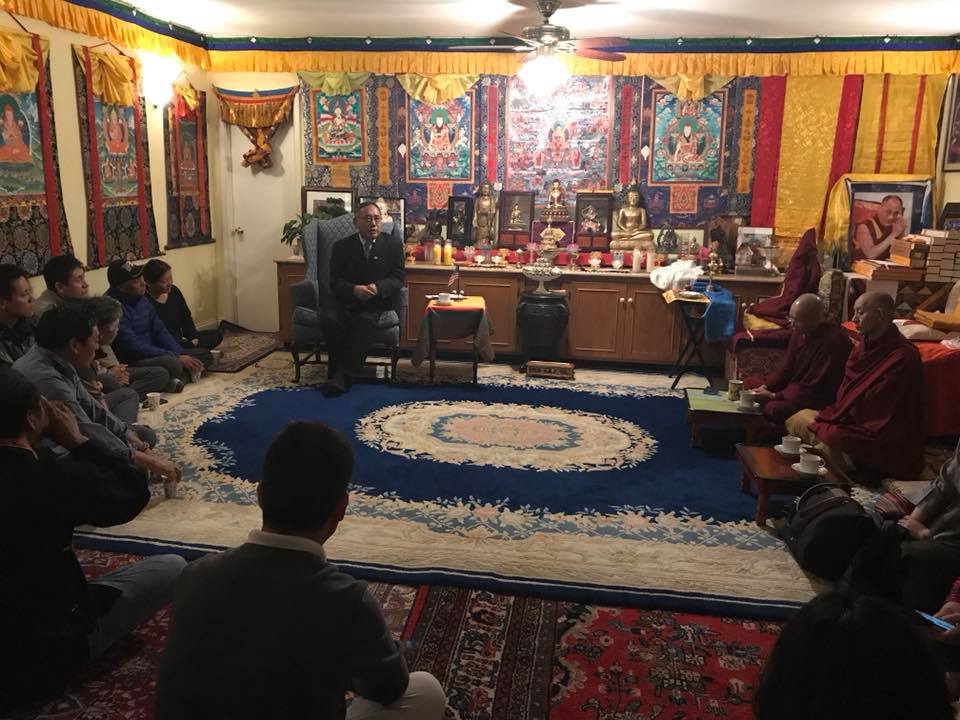 Jan 28th 2018: Representative of His Holiness the Dalai Lama to North America Mr. Ngodup Tsering visited the Tibetan Association of Charlottesville on 27 January 2018. On his arrival, President and board members of the Tibetan association accorded him a warm traditional welcome.

Later, he was invited to the Tibetan section of University of Virginia library where he was briefed about the library and its activities by Ngawang Thokmey, Tibetan research assistant.

In the evening, he addressed the Tibetan community and interacted with them at Tashiling Tibetan Buddhist Center. In his message to the community, he has urged them not to forget being Tibetan, discharging Tibetan duties and gratefulness of His Holiness the Dalai Lama which he calls “three unforgettable” for every Tibetan.

This was the representative’s first visit to a Tibetan association after assuming his office on 1 December 2017. He returned to Washington DC on 28 January. 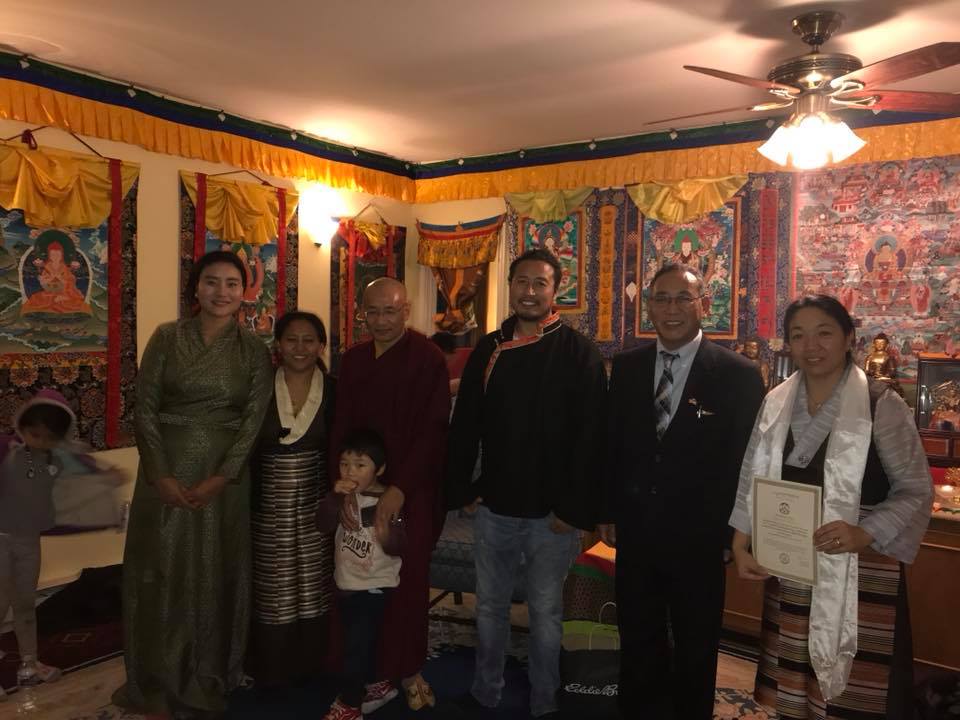 Representative Ngodup Tsering with board members of the Tibetan association of Charlottesville. 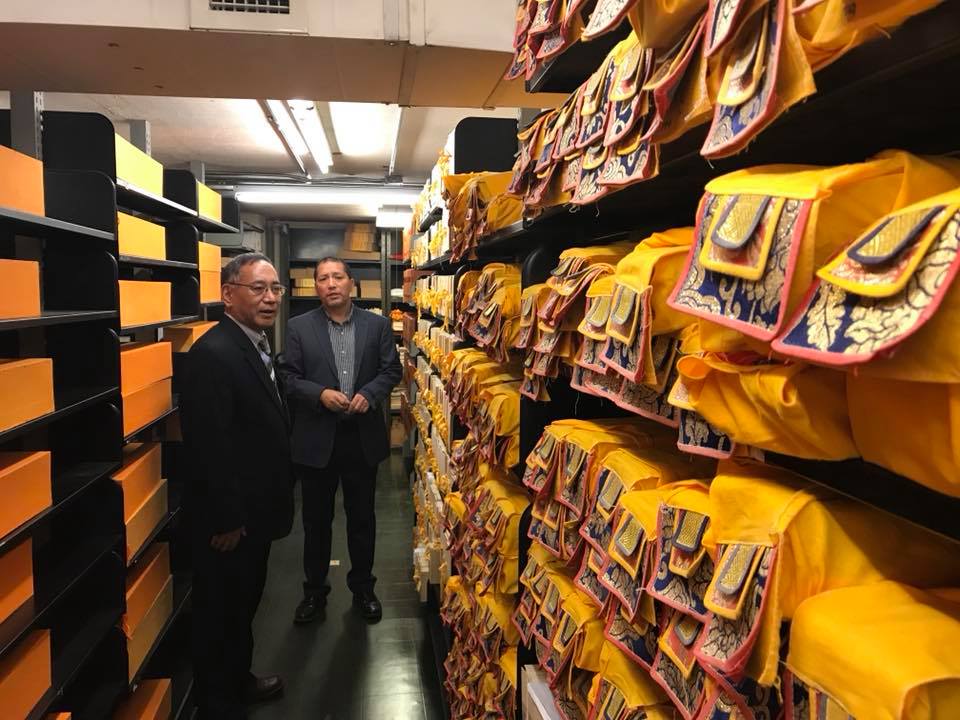 Representative Ngodup Tsering at the library of University of Virginia. 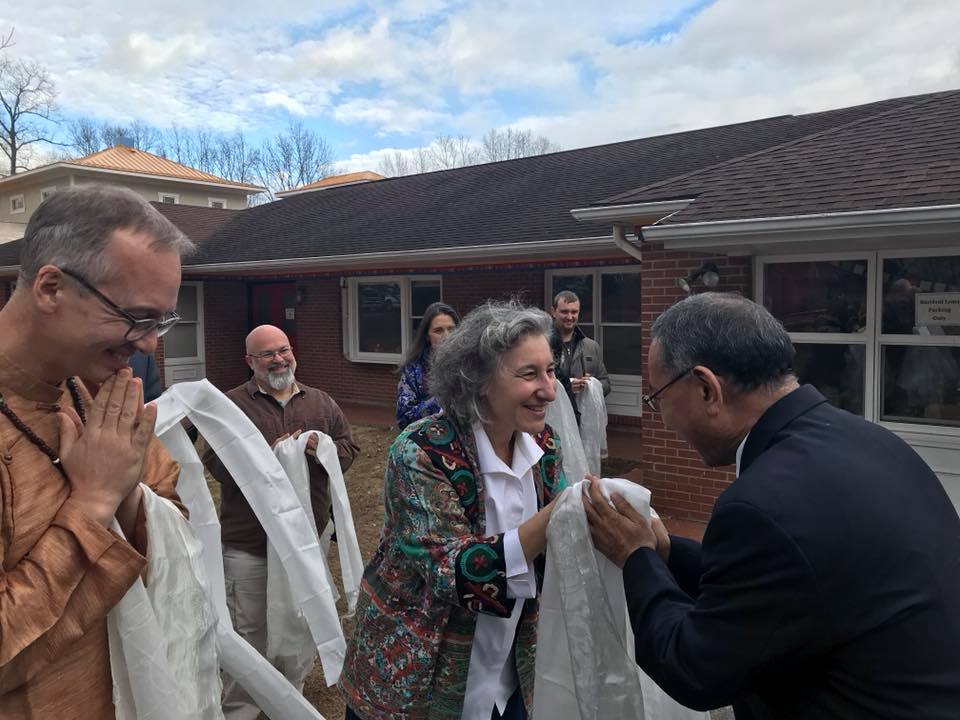 Representative being welcomed at Ligmincha International.