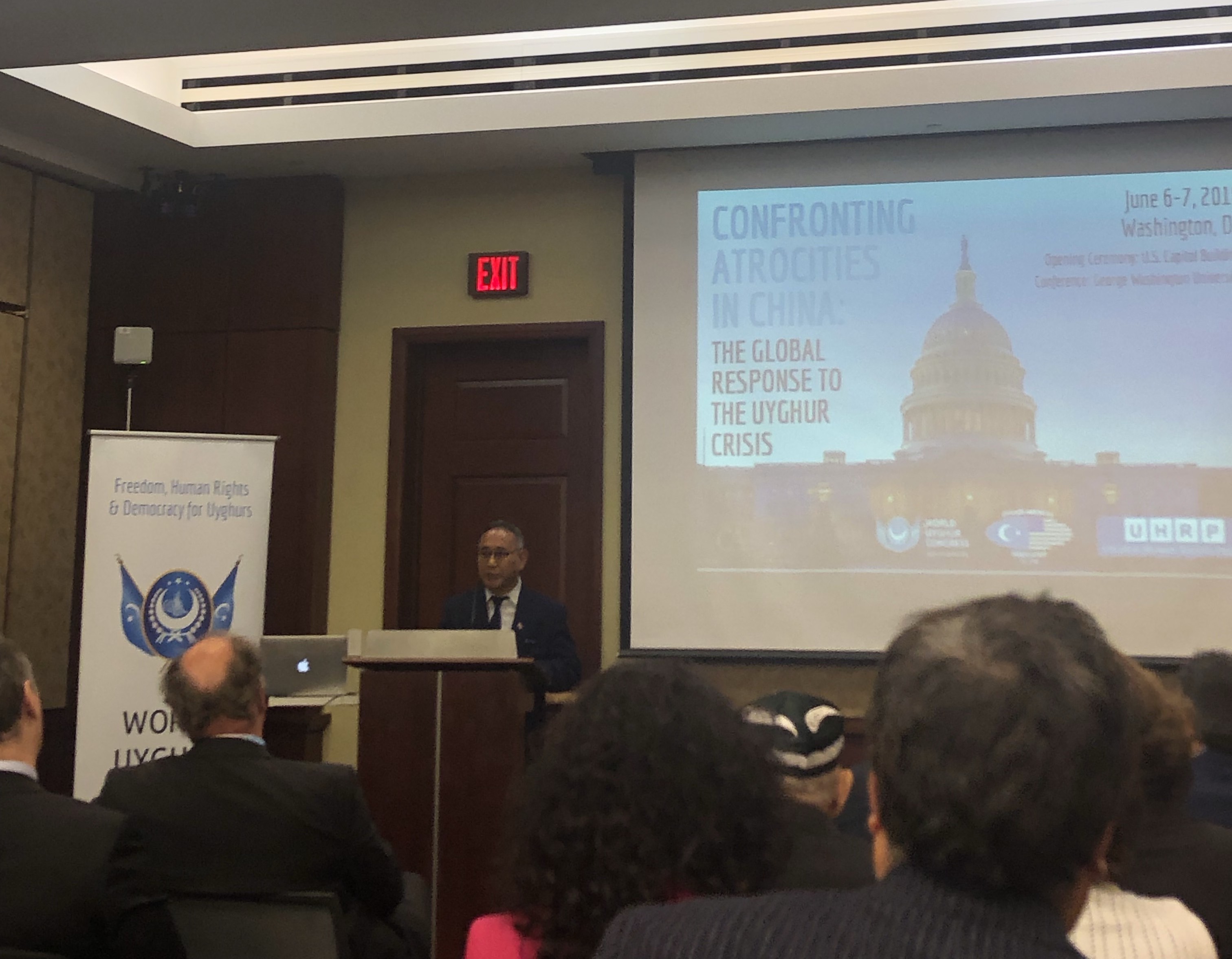 Representative Ngodup Tsering speaks at the Conference titled “Confronting Atrocities In China: The Global Response To The Uyghur Crisis” at  U.S. Capitol Visitor Center on 6 June 2019.

Washington DC: “Confronting Atrocities In China: The Global Response To The Uyghur Crisis” conference had its opening ceremony in the U.S. Capitol Visitor Center on 6 June. The event was hosted by the Central Asia Program, The World Uyghur Congress, the Uyghur American Association, and the Uyghur Human Rights Project.

The primary aim of the conference will be to bring together political leaders, international agencies, human rights activists, academic experts, Uyghur leaders and the Uyghur community abroad to provide updates on the responses underway and to collectively develop additional strategies to pressure the Chinese government to close the camps and respect Uyghurs’ and other Turkic Muslims’ fundamental rights.

Mr Ngodup Tsering, the Representative the Office Of Tibet in DC, expressed solidarity with the Uyghur people in East Turkestan. Currently, the Chinese government has been systematically persecuting the Uyghur people for their ethnic and religious identity. Labeled as terrorists, millions of Uyghur people are locked up in concentration camps throughout China. The forms of repression used upon the Uyghur people are almost identical to the forms of repression used upon Tibetan people. As stated by Representative Tsering, “This is a deliberate attempt by the CCP to erase history, ethnic identity, and hope and to create intergenerational anguish”. He also emphasized that, “the struggle needs to be continuous, consistent and non violent”.

Representative Tsering called for more international advocacy and for education of the matter, and concluded his speech by quoting His Holiness the Dalai Lama: “…the winds of evil may blow but it can not extinguish the flames of Truth”.
Several speakers, such as Csaba Sógor, a member of the European Parliament, denounced the Chinese government’s treatment of the Uyghurs by highlighting the parallels of Uyghur human rights violations with Tibetan violations.
Other speakers at the opening ceremony were: President Carl Gershman of the National Endowment for Democracy, Former UK Minister of State Norman Baker, Ambassador Sam Brownback, US Representative Chris Smith, and US Representative Brad Sherman. Speaker of the United States House of Representatives Nancy Pelosi and Senator Marco Rubio sent messengers to convey their support for the conference.
-Filed by Office of Tibet, Washington DC 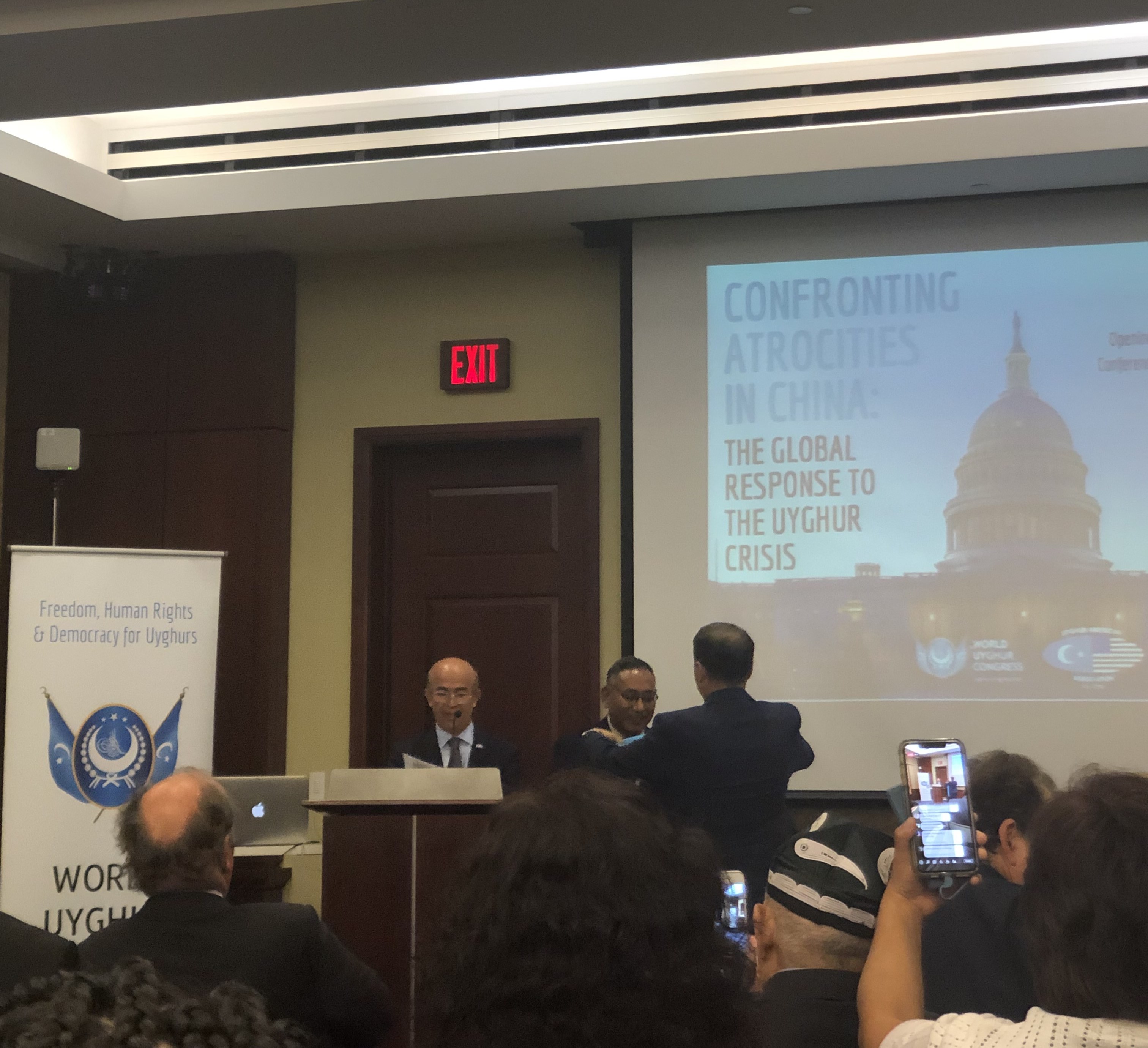 Representative Ngodup Tsering at the Conference titled “Confronting Atrocities In China: The Global Response To The Uyghur Crisis” at  U.S. Capitol Visitor Center on 6 June 2019.