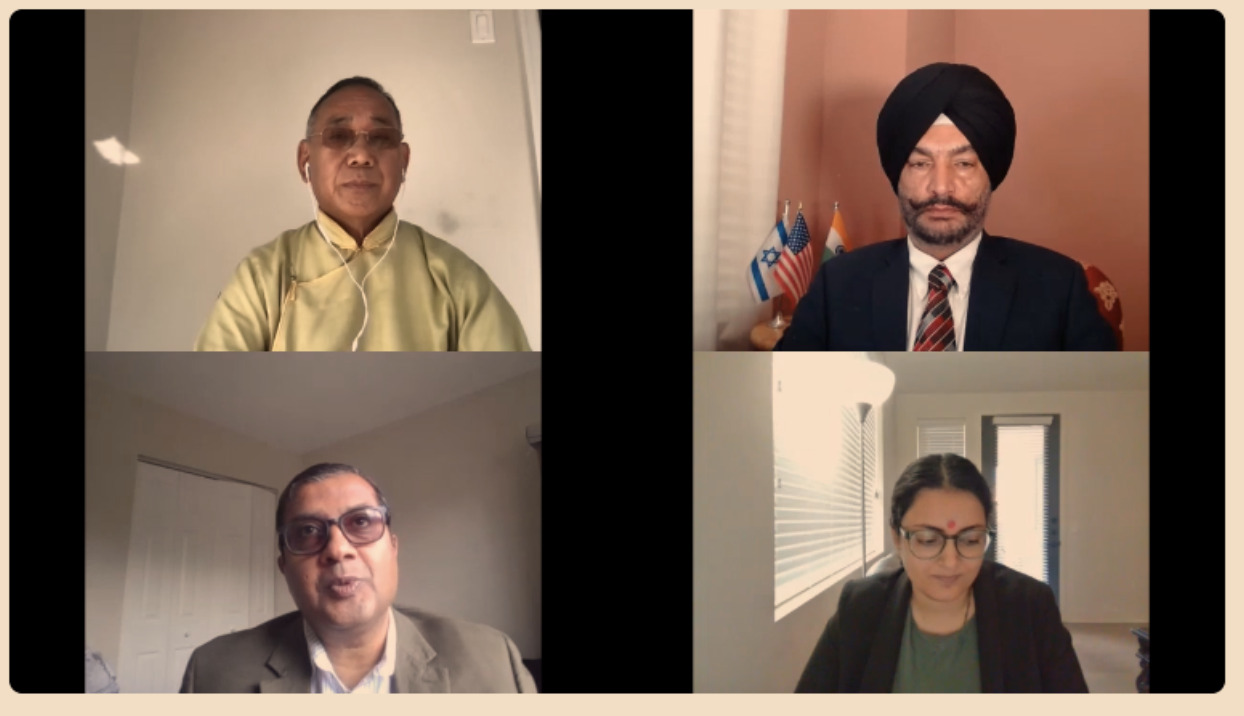 Representative Ngodup Tsering with other panellists at the session on Compassion in Action.

Washington DC: Representative Ngodup Tsering participated in the 8th Parliament of the World Religions hosted virtually for the first time due to the pandemic. His Holiness the Dalai Lama addressed the parliament through a video message released to the plenary session on 18th October. https://fb.watch/8KF4IItLWA/

Representative Tsering spoke about the Tibetan refugee experience in India and said Tibetans are treated so kindly that they have never felt they are in a foreign country. While extolling the profound generosity and kindness of India to the Tibetan refugees ranging from basic living support to education and preservation of religion and cultural heritage, he said, if the Tibetan issue is alive, and if Tibetan culture is thriving, it is due to the singular effort of His Holiness the Dalai Lama and unrelenting support by the Government and People of India. “This is a striking example of compassion in action,” he remarked.

Representative Tsering also shed light on the continued repression, imprisonment, and destruction of Tibetan people and their cultural identity by the Chinese leadership. He wrapped up his talk by expressing profound gratitude to the Government of India for providing top security to His Holiness. The other speakers also shared their experiences as a refugee in India. The session was followed by Q&A session.