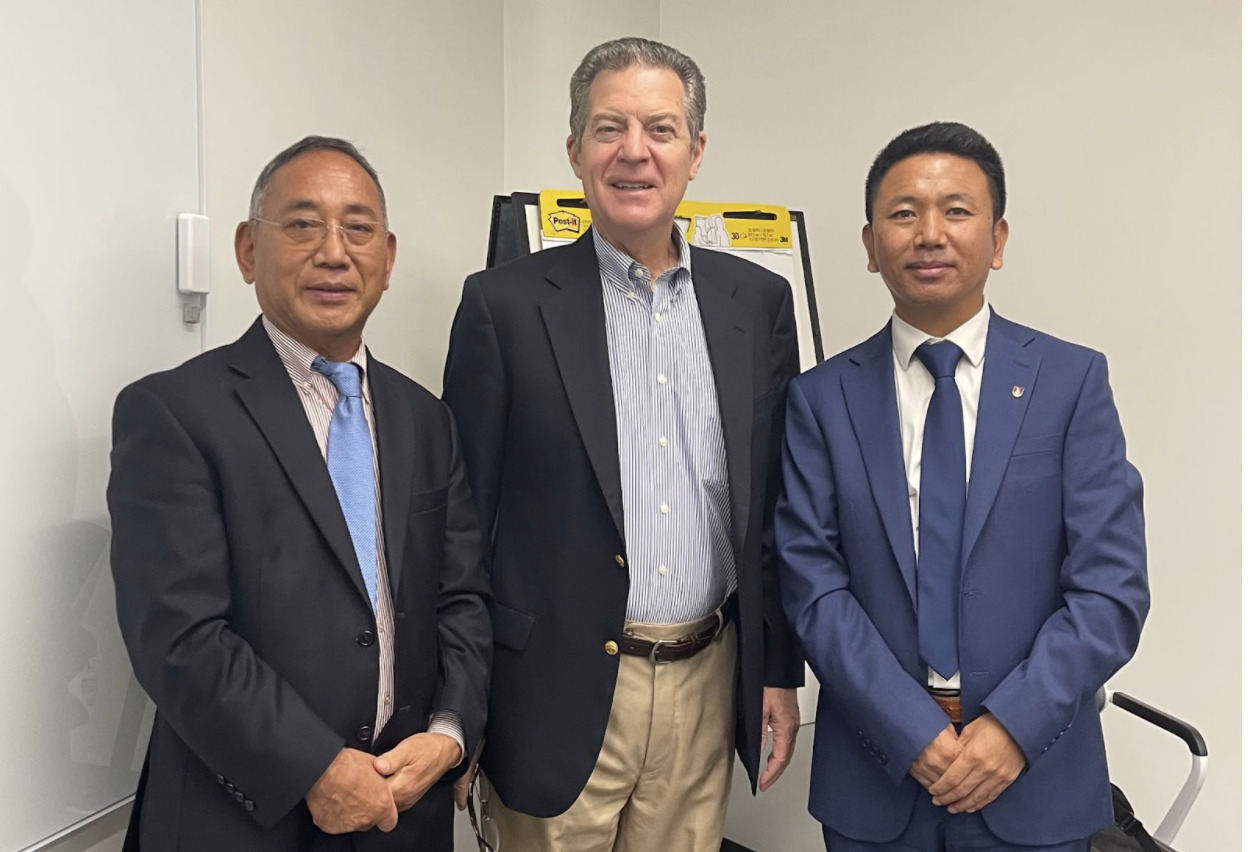 Washington DC: Representative Ngodup Tsering and Secretary Tashi Dhondup met with former United States Ambassador-at-Large for International Religious Freedom Ambassador Samuel Brownback at a special meeting today of the China Coalition for Religious Freedom held at Reagan Building in Washington DC. This special meeting was convened to coincide with the visit of Ambassador Brownback to town.

The meeting was attended by members of the Catholic Priest, Hong Kong rights group, Uyghur Human Rights Watch, Falun Dafa, School of Scientology, etc representing the different faiths who are being persecuted by the CCP. Ambassador Brownback informed the coalition about his plan to publish a book documenting the experiences of persecutions being met by various communities of faith, for instance, Tibetan Buddhists, Uyghur Muslims, and Chinese Christians and Falun Gong practitioners. He invited the participants to send stories of religious persecution to make the book inclusive and representative. The book is expected to be out next spring.

Ambassador announced that the Second International Religious Freedom Summit will be held sometime next April/ May. The group also discussed plans for the future.

Ambassador Brownback visited Dharamshala and met with His Holiness the Dalai Lama and senior Tibetan officials in October 2019.