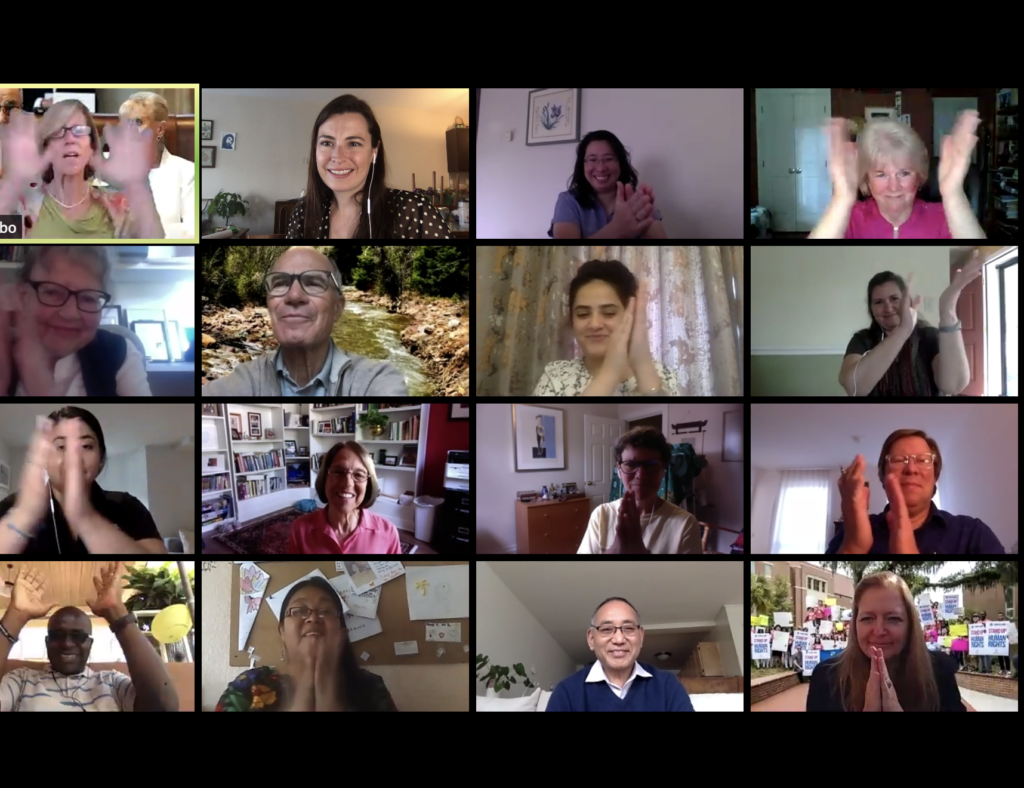 Washington DC: Representative Ngodup Tsering, Office of Tibet, Washington DC attended the annual board meeting of the PeaceJam Foundation, an organization that was co-founded 25 years ago by Dwan and Ivan, with the blessing of His Holiness the Dalai Lama. PeaceJam had produced a film on His Holiness, called “Dalai Lama-Scientist”, which premiered at the Venice Film Festival last fall. The film has so far acclaimed 45 Awards. This is a part of a series of Nobel Legacy films.

The Foundation is now headed by Monica, the President, and Kate as the Executive Director. The Foundation is represented by 14 Nobel Peace Laureates, including His Holiness. The board meeting is attended by the Representatives of the Nobel laureates.
The meeting lasted for three and half hours and several points were discussed, including the Billion Acts of Peace. The main objective of the Foundation has been to bring a worldwide movement, guided by Nobel Peace Laureates, to lead the youth into creating solutions to common issues.
Rep. Tsering thanked the directors of the Dalai Lama-Scientist for making the wonderful film. The next Nobel film will be on the laureate Shirin Ebadi from Iran.
-Filed by Office of Tibet, DC