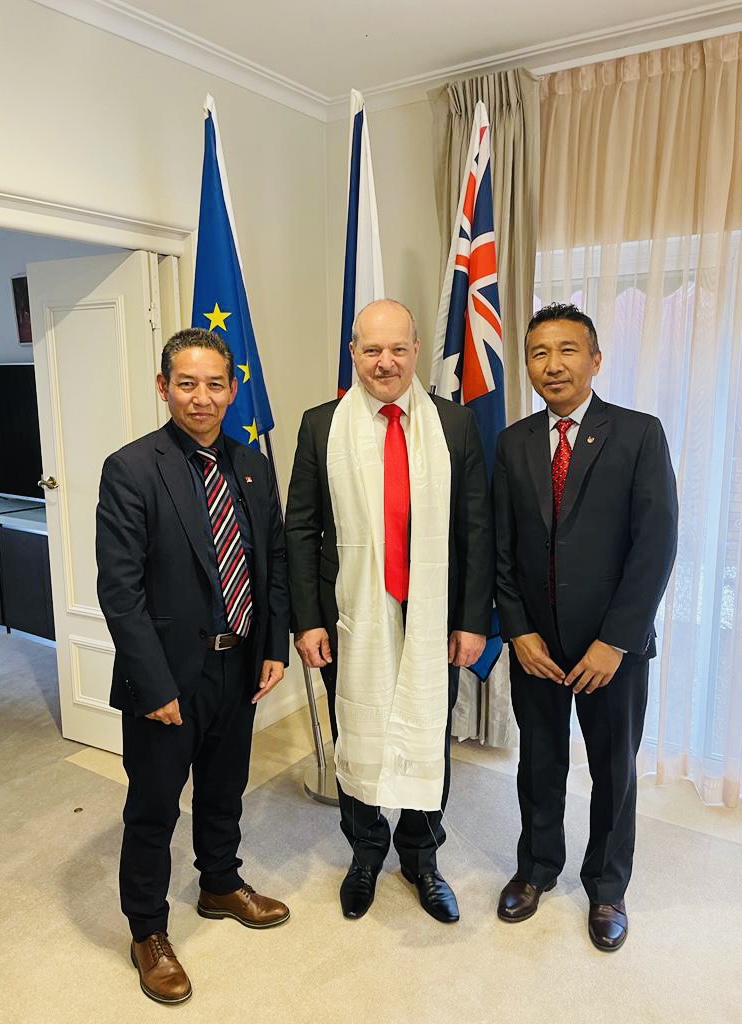 Representative Karma Singey and OOT Secretary Lhawang Gyalpo with Czech Ambassador to Australia Tomas Dub on 10 May, in Canberra.

During the meeting which lasted over an hour, Representative Karma Singey gave a brief introduction on the Office of Tibet Information and the Central Tibetan Administration. He also apprised the Ambassador on the deteriorating human rights situation inside Tibet, particularly about the repression of Tibetan language and culture.

Among other things, Representative Karma Singey briefed the Ambassador about the thriving Tibetan community in Australia and the major events related to Tibet in Australia.

He also conveyed gratitude to the Czech Republic leaders and Czech public for their unwavering support for the cause of Tibet. 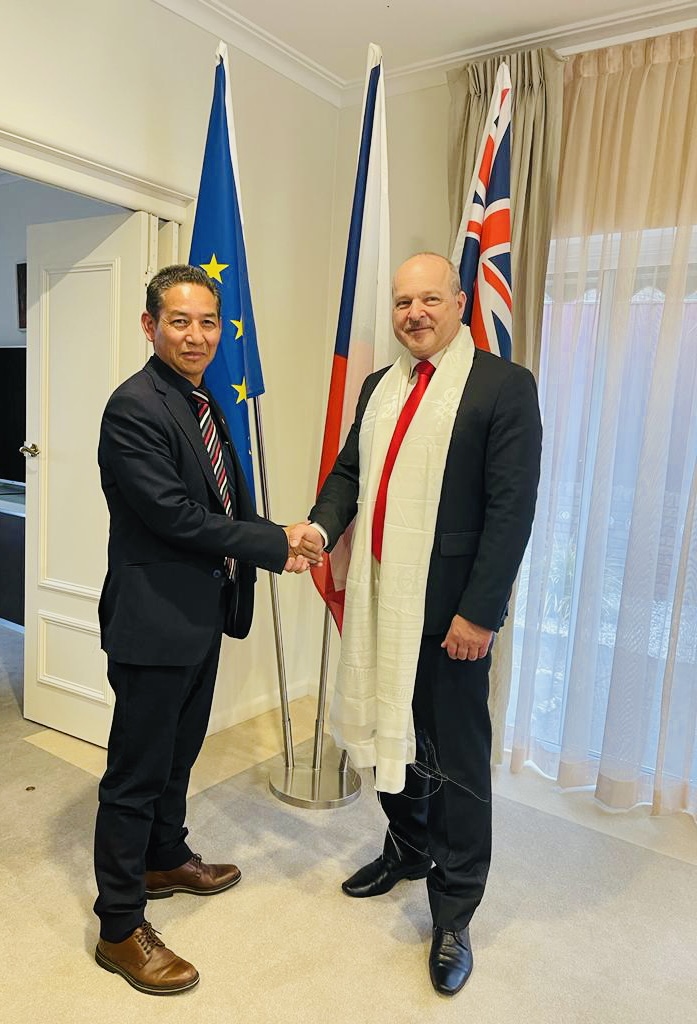 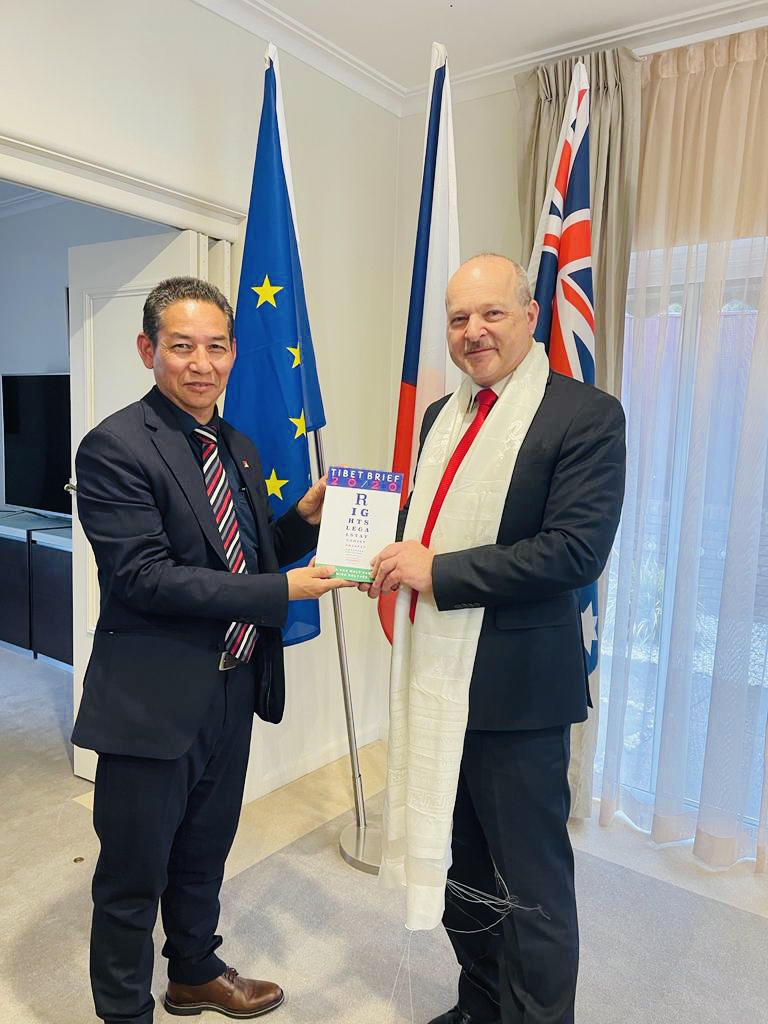