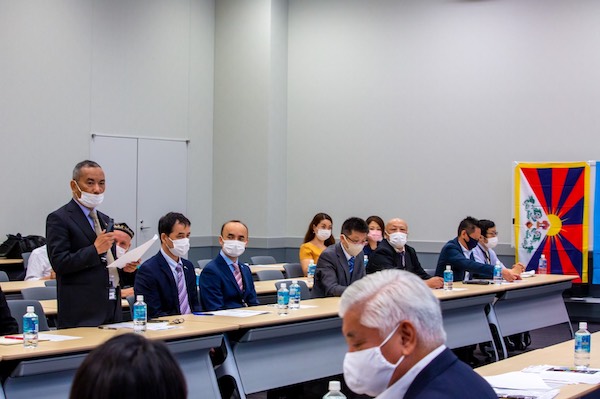 Tokyo: Representative Dr. Arya Tsewang Gyalpo of Office of Tibet, Japan today submitted a nine-page report on current situation in Tibet at a hearing organised by the Japanese Parliamentary groups at the Japanese parliament building of the House of Councillors.

Around forty parliamentarians and their staff from various political parties attended the hearing and showed keen interest in human rights situation in the regions. Mr. Furuya Keiji, Chairman of Parliamentary group for Uyghurs, opened the hearing stating that the human rights violation anywhere cannot be tolerated and the Japanese parliamentary groups will work together to warn and issue statement against China on this matter.

Mr. Shimamura Hakubun, Chairman of Parliamentary group for Tibet, spoke on the strong nature of support for Tibetan cause and human rights issues. He said His Holiness the Dalai Lama and Central Tibetan Administration (CTA)`s Sikyong have visited Japan and addressed the Japanese parliament, and that Japan has the largest parliament member supporting the Tibet issue.

Chairmen of other groups and the representative also spoke on the gross violation of human rights by the Chinese communist party members.

Dr. Arya thanked the organisers for the opportunity to participate in the hearing and submitted a nine-page report and briefed on the critical situation in Tibet due to rapid militarisation of the Tibetan plateau and shutting down of Tibetan monasteries and schools. He spoke on how China is making settlements near India and Bhutan’s borders and forcefully settling Tibetans in the areas.

Representative Dr. Arya informed the parliamentarians of how Tibetan children are denied entry in the monasteries and how they are given military training and indoctrination through the so called ‘patriotism-education’. His nine-page report titled “Tibet is an occupied country” also contains pictures and news on the recent atrocities and repressions being perpetrated by China in Tibet.

The parliament members shared their views and expressed their indignation against the human rights violation by China. Mr. Nagao Takeshi, General Secretary of the Parliamentary group for Tibet moderated the session and thanked the participants for their reports and the views. He said the hearing is a prelude to the Autumn session of parliament where a strong statement against China’s human rights violation and strong-arm bully tactics is expected.

The hearing session was followed by media briefing, wherein Dr. Arya and the representative of the other nationals interacted with the media and informed the media about the real situation in the homeland.

Filed by Office of Tibet, Japan 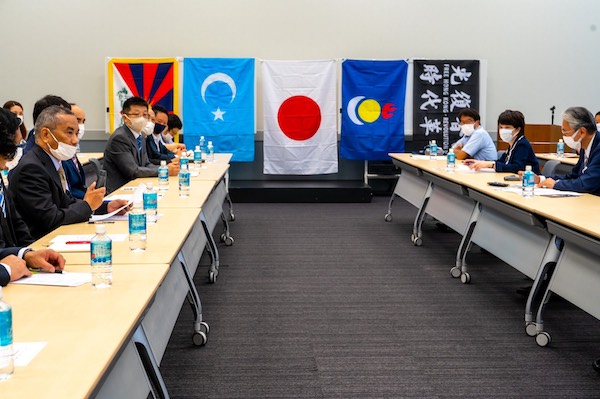 Dr. T.G. Arya along with other representatives interacting with the Parliamentarians. Photo/Morimoto 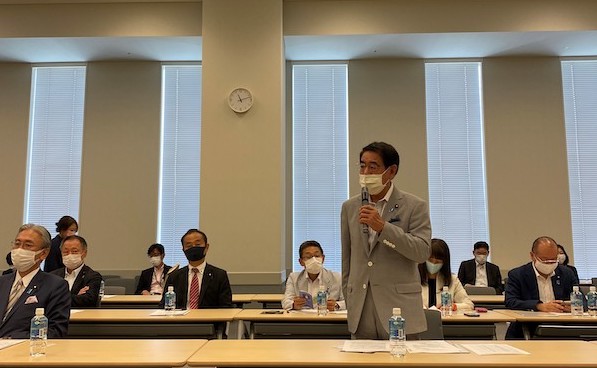