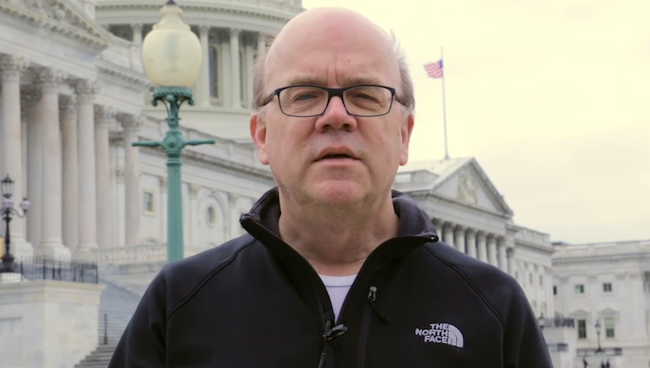 Dharamshala: US Congressman Jim McGovern, co-chair of the Congressional-Executive Commission on China and of Tom Lantos Human Rights Commission called for the immediate release of the 11th Panchen Lama, Gedhun Choekyi Nyima who was forcibly disappeared by the Chinese government at the age of six on 17 May 1995.

In the statement released on the 31st birthday of the Panchen Lama, Representative McGovern said, “My birthday present to Gedhun Choekyi Nyima is to renew my calls for his immediate and unconditional freedom including his family.”

The Panchen Lama is one of the highest position in Tibetan Buddhism and according to tradition plays a role in the recognition of the reincarnation of the Dalai Lama and because of that, he was forcibly disappeared on 17 May 1995, just three days after he was identified by His Holiness the Dalai Lama as the 11th Panchen Lama.

“And fear often leads the government to violate human rights,” he added.

He specifically urged that the Chinese government, in view of the global COVID-19 pandemic which is scientifically proved to have first traced in China, to release the prisoners and those in detention who are particularly vulnerable to COVID-19.

“Today, all of us confronting a worldwide health crisis, the global COVID-19 pandemic. Science indicates that the virus first appeared in China with tragically tens of thousands of people have known to be infected and thousands have died. now it is spread everywhere.”

With the virus being highly contagious and transmissible, he said: “prisoners and those in detention are at high risk.” For these reasons, international health and human rights bodies are urging the immediate and substantial reduction in the prison populations around the world.

The UN High Commissioner for Human Rights has called on governments to examine the ways to release those particularly vulnerable to COVID-19, among them those who are sick as well as those low-risk offenders. Prisoners of conscience are by definition low-risk offenders.