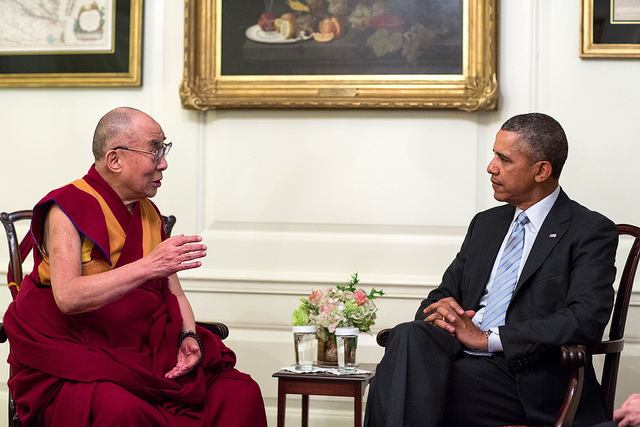 “The President reiterated his strong support for the preservation of Tibet’s unique religious, cultural, and linguistic traditions and the protection of human rights for Tibetans in the People’s Republic of China,” the White House said in a press release.

“The President commended the Dalai Lama’s commitment to peace and nonviolence and expressed support for the Dalai Lama’s “Middle Way” approach.  The President stressed that he encourages direct dialogue to resolve long-standing differences and that a dialogue that produces results would be positive for China and Tibetans. In this context, the President reiterated the U.S. position that Tibet is part of the People’s Republic of China and that the United States does not support Tibet independence.”

“The Dalai Lama stated that he is not seeking independence for Tibet and hopes that dialogue between his representatives and the Chinese government will resume,” it said.

“The President and the Dalai Lama agreed on the importance of a positive and constructive relationship between the United States and China.”