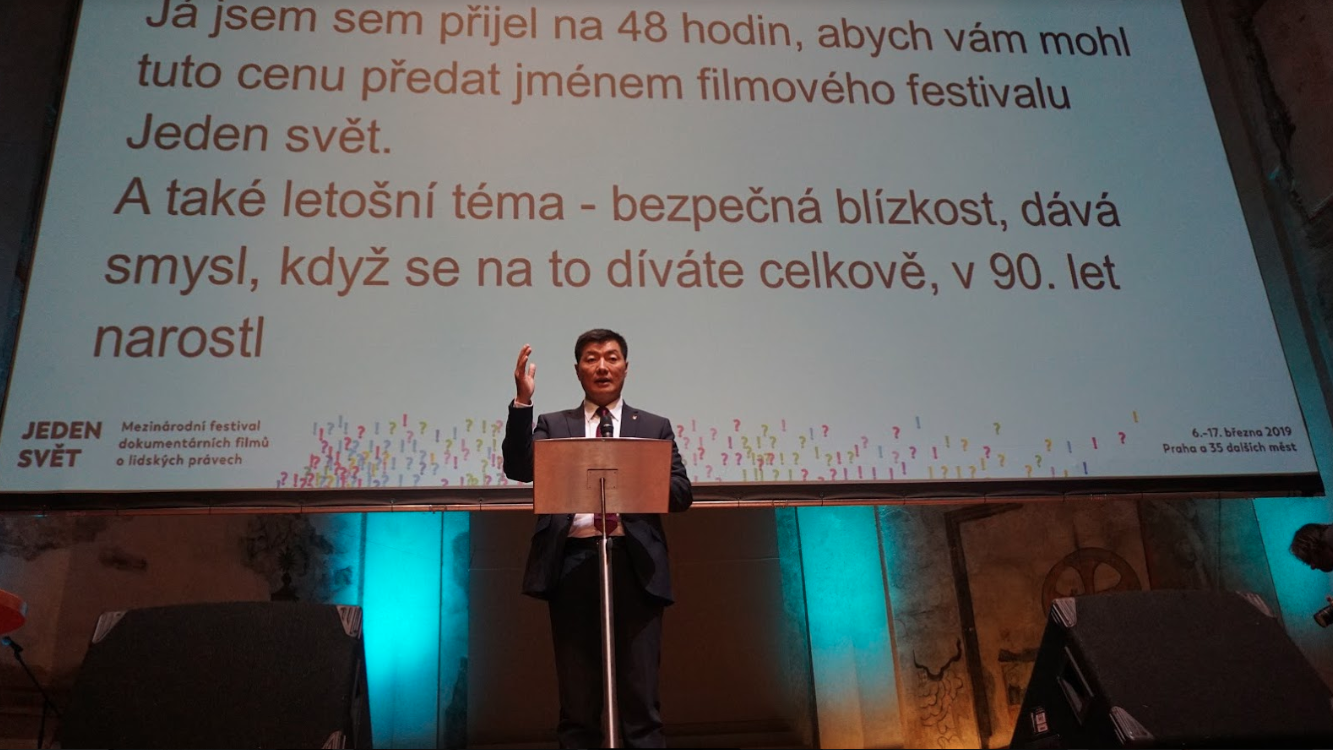 Prague: CTA President Dr Lobsang Sangay, at the invitation of People in Need, a Czech non-governmental organization, gave the keynote address at the opening ceremony of the One World Film Festival, the largest human rights film festival in the world with 1,25,947 spectators in 2018. Dr Sangay at the festival also presented the 2019 Homo Homini award, an award given by People in Need to an individual in recognition of their contribution towards the promotion of Human Rights, democracy and peace initiatives to this year’s recipient Francisca Ramírez, a Nicaraguan farmer and peasants rights activist.

After a welcome speech by Ondrej Kamenicky, One World’s director and his introduction by moderator Linda Bartosova, Dr Sangay gave his keynote address specifically touching on China’s growing international influence and the impacts of Chinese foreign policy on human rights.

Dr Sangay expressed honour to be presenting the Homo Homini award to fellow activist Francisca Ramirez and compared their parallel situation of being in exile. On the festival’s theme Close Proximity, Dr Sangay commented on its relevance in a time of rising nationalism and extremism where liberalism and internationalism have to find a space in a divided society and a divided world. “Keeping your self-identity in proximity to others can only be achieved through dialogue and non-violence” he said, “these two themes can be found in the common spirit of Tibetan Buddhism, His Holiness the Dalai Lama’s philosophy, as well as in the Velvet Revolution, Charter 77 and Vaclav Havel.”

Dr Sangay said that it is a privilege to be presenting this award which seeks to bring the world together through dialogue and non-violence.

On the contrary, Dr Sangay said that the Chinese government is using all its might to divide the world or change the world order so that it benefits them more than the rest of the world. He then cited the great debate in the United Nations on how China is trying to redefine human rights. The Chinese government proposed a resolution that says that the contribution of development to the enjoyment of human rights should be the primary basis of human rights and not the Vienna declaration that considers development as important but also considers equally or more importantly political or individual rights.

Dr Sangay deduced, “Now if the Chinese government’s definition of contribution of development for the enjoyment of human rights precedes or prevail then development could be used as an excuse to deny political rights and basic human rights. Your freedom of speech will be superseded by the so-called development. The Chinese government is, therefore, trying to redefine human rights to use it against human rights activists.” Dr Sangay warned, “China is even trying to restructure the UN and they are gaining authority as they become its second largest financial contributor.  Through putting key personnel in the United Nations agencies they are gaining influence. And as far as democracy is concerned, the Chinese government has declared Socialism with Chinese characteristics as the norm.

Dr Sangay then gave the example of the price that has to be paid in the name of Chinese development. China’s one road promising peace and prosperity, became hundreds of roads, connecting to our natural resources, our hydropower and our forests. One airport became 30 airports, because of one road we lost our country. He warned countries to be careful of the One belt and One Road.  He said, “when you are making business deals with China it takes the shape of political influence, takes the shape of social influence and even academic influence.”

Dr Sangay concluded by expressing his gratitude, he said, “I know the spirit of velvet revolution is still alive in the Czech Republic because the Czech Parliament has formed the largest parliamentary support group for Tibet in Europe and despite a three year gap,  the Tibetan National flag will once again fly over the city town hall of Prague and more than 700 town halls, schools and organisations across the Czech Republic.  That is the spirit of the Czech people, that is the spirit of charter 77, that is the spirit of Vaclav Havel. I am therefore grateful to be here at this event. Events like this one and the Forum 2000 which promotes free speech is not common and we should, therefore, preserve and protect such forums.” 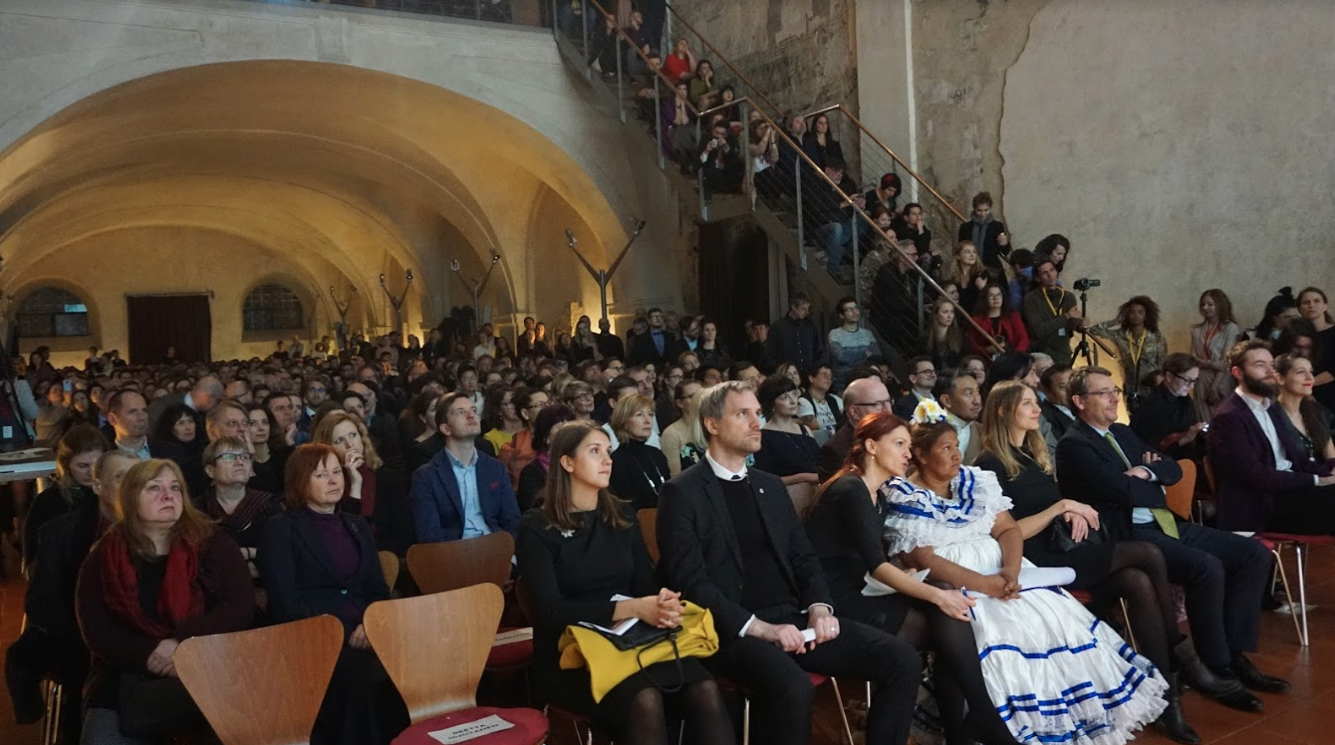 Members of audience listening to President Dr Sangay as he delivers the keynote address at the opening ceremony of the One World Film Festival. 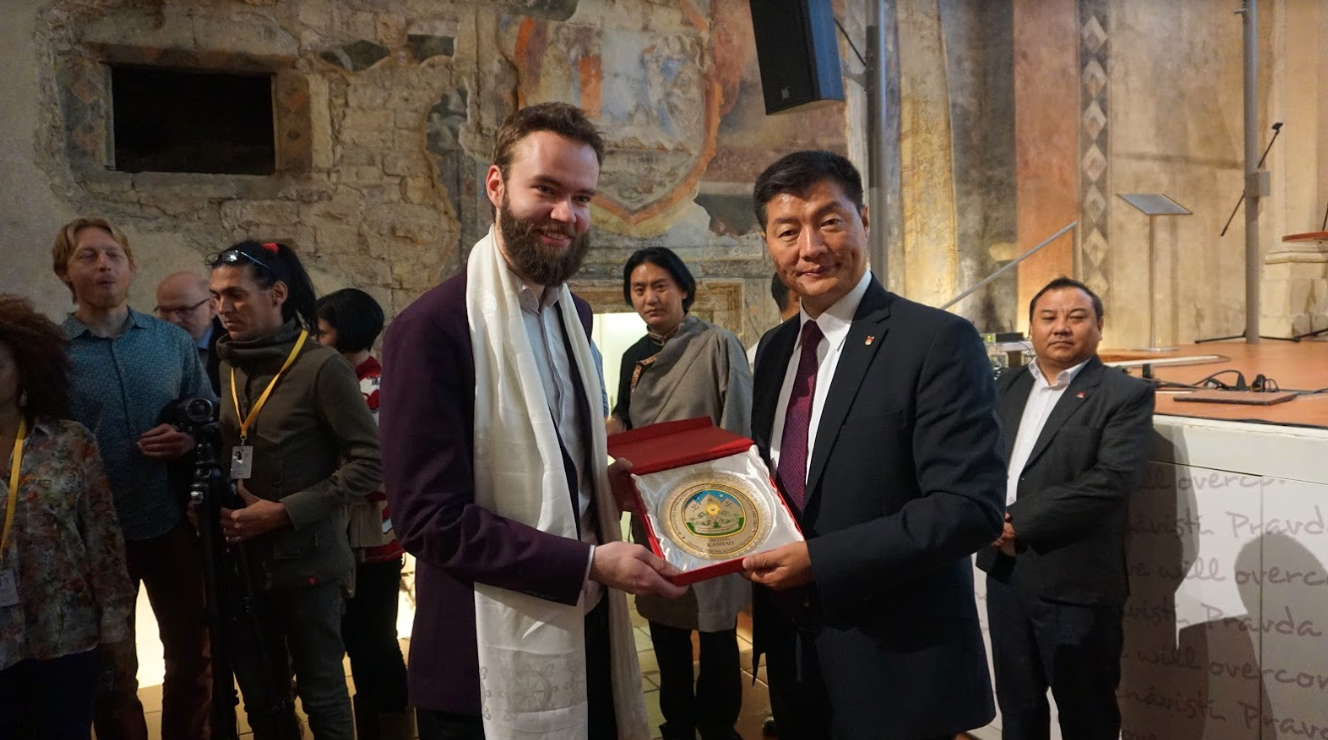