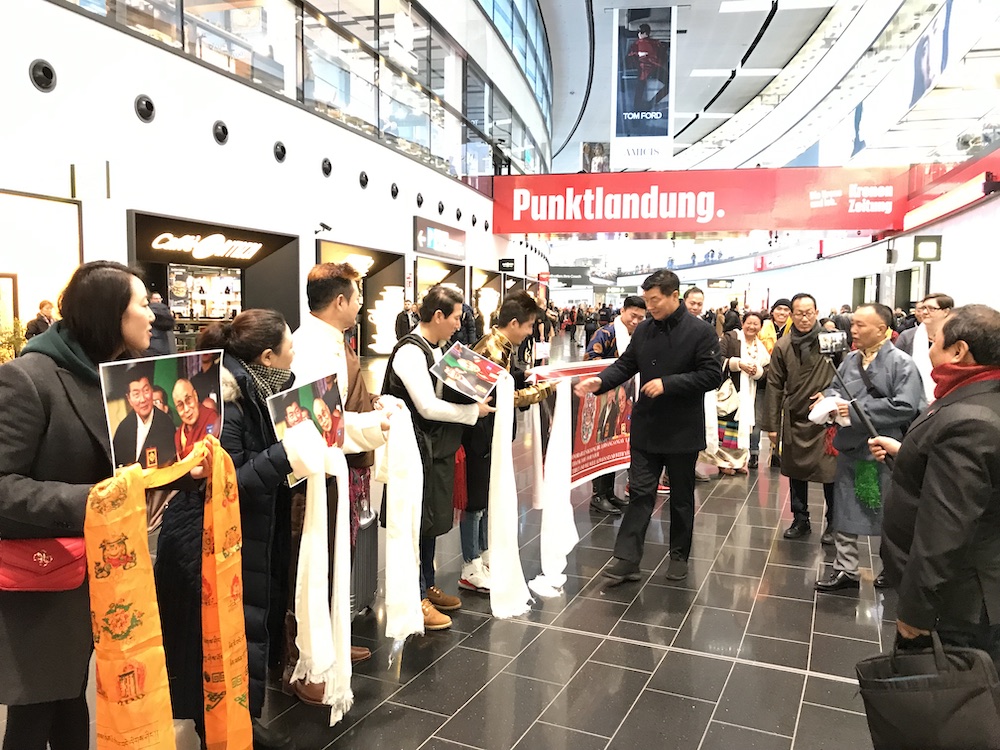 President Dr Sangay is accorded a grand welcome by members of the Tibetan community in Vienna.

President Dr Lobsang Sangay begins his three-day tour of Vienna and Innsbruck in Austria with several important engagements to strengthen the support for Tibet in Austria. Later in the day, President Sangay will be interviewed by several newspapers including Der Standard, one of the leading daily newspapers in Austria which is particularly popular amongst educated population and Kurier another leading daily newspaper of Austria. He will also be meeting with Tibet Support Groups and religious groups/centers including the executive members of Gelug Zentrum in Austria.

The Tibetan Community of Austria has also organized a welcome reception in the evening to honour President Sangay for his dedication and service to the cause of Tibet.

Following a series of meetings in Vienna, President Sangay will depart to Innsbruck tomorrow evening for the opening ceremony of EURAC Winter School on Federalism & Governance 2020, Innsbruck where he will deliver the keynote address. President Sangay will leave to Washington DC on 18 February 2020 to continue leading the advocacy work for Tibet there.
-Filed by Tibet Bureau Geneva 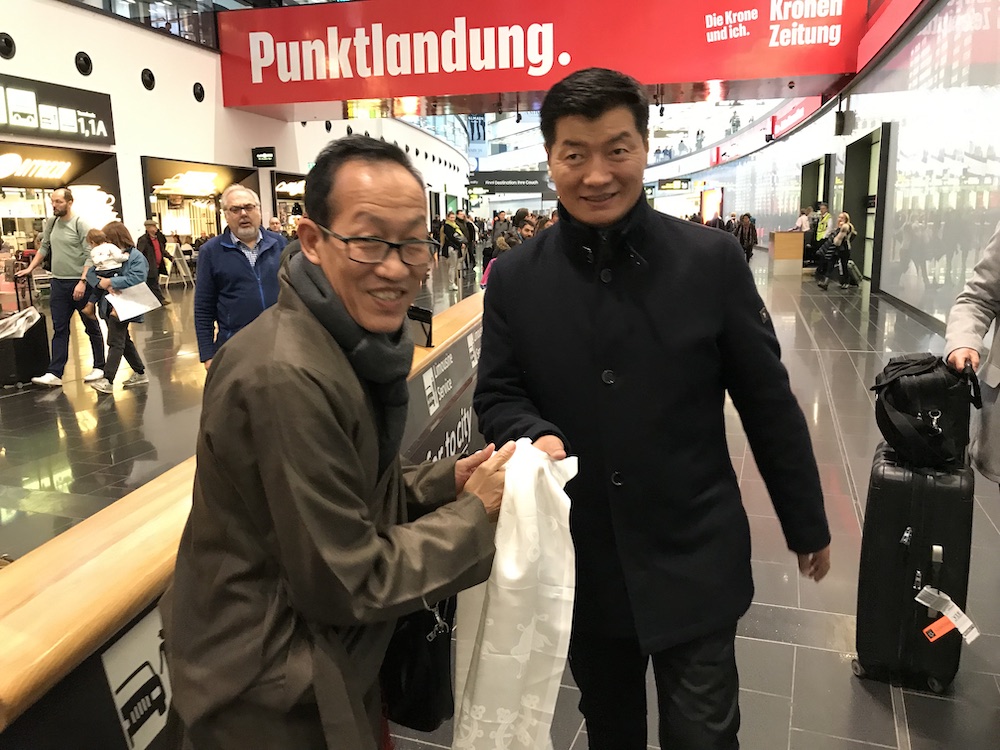 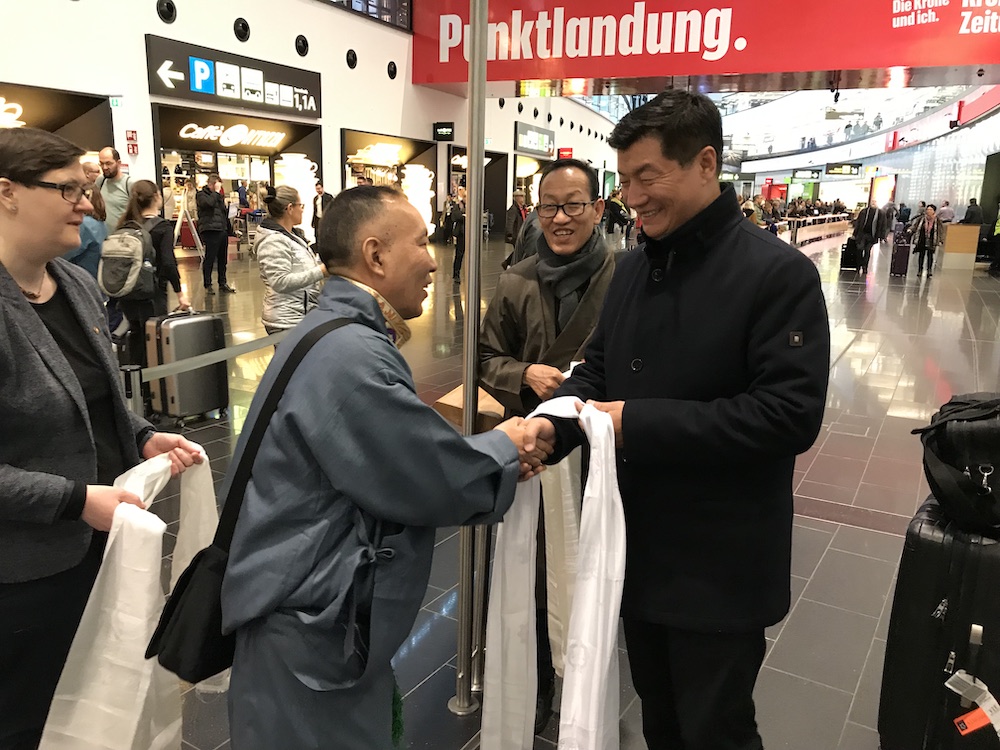 President of the Tibetan Community of Austria Tsering Namgyal receives the President. 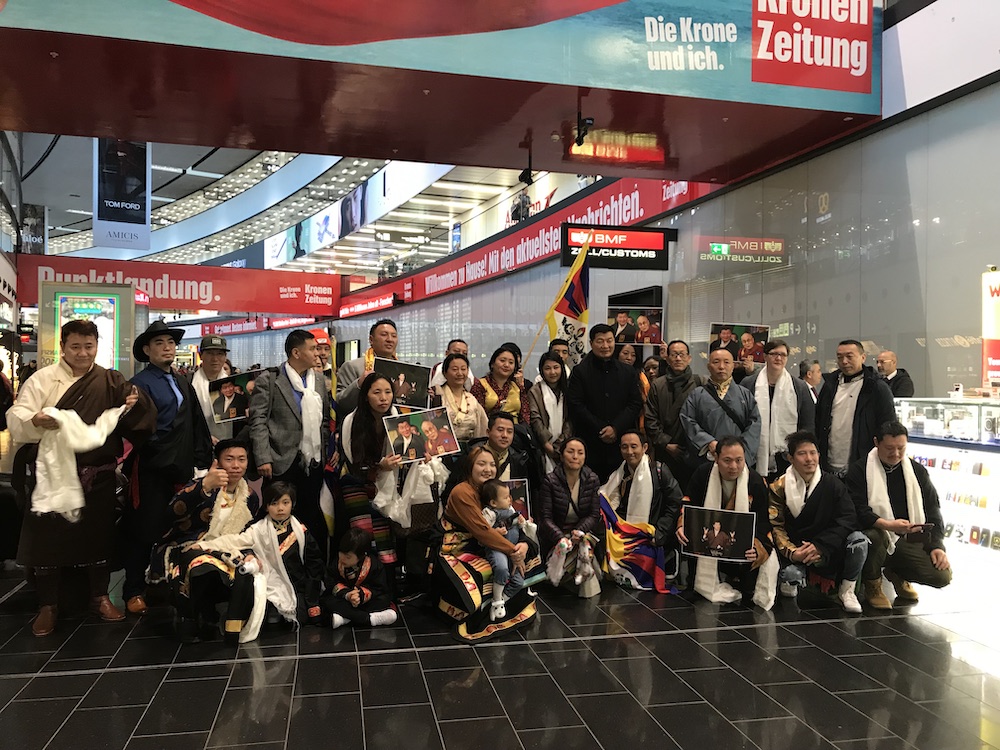 Members of the Tibetan community in Austria with President Dr Sangay.