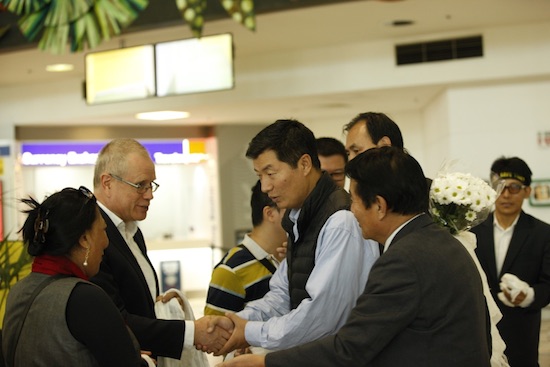 Sikyong being welcomed by well wishers on his arrival at Brisbane, Australia

BRISBANE, Australia: The President of the Central Tibetan Administration, Dr. Lobsang Sangay arrived in Brisbane, Australia today to grace the 9th Festival of Tibet in Brisbane, Queensland. He was received by Representative Lhakpa Tshoko and Chinese Liaison Officer Kelsang Gyaltsen from the Tibet Information Office and members of the local Tibetan Community at the Brisbane Int’l Airport.

The Annual Festival of Tibet is organised by Tibetan singer/songwriter Tenzin Choegyal. The Festival showcases Tibetan culture through concerts, exhibitions, discussions and workshops. One of the main event features Sikyong in conversation with Paul Barclay, Presenter and Series Producer of Big Ideas on ABC RN (Australian Broadcasting Corporation Radio National) on Saturday, April 29 2017.

In the afternoon, Sikyong interacted with the media:  Radio, TV and Newspaper.

As scheduled, Dr. Sangay will give a series of public talks on the current situation inside Tibet,  the scope of Tibetan freedom struggle, and Tibet in 21st century: Political, Environmental & Cultural Challenges. He will interact with Tibetan Community and Tibet supporters. 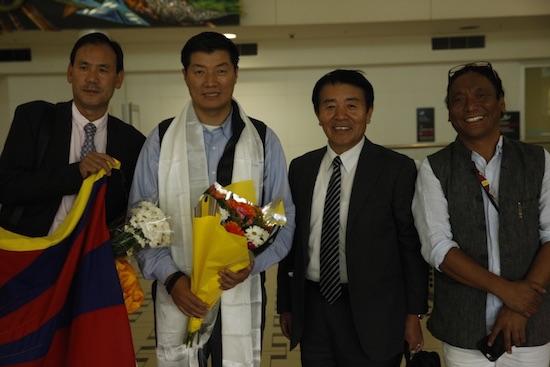 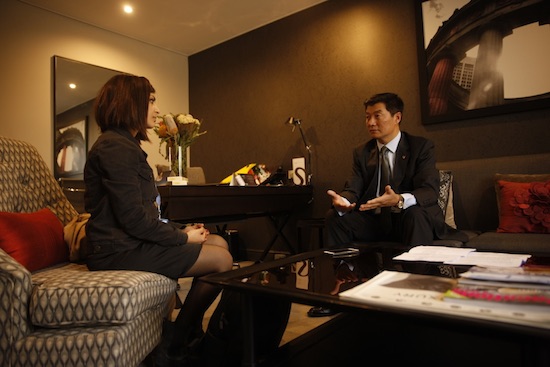 Sikyong being interviewed by a reporter in Brisbane, Australia. 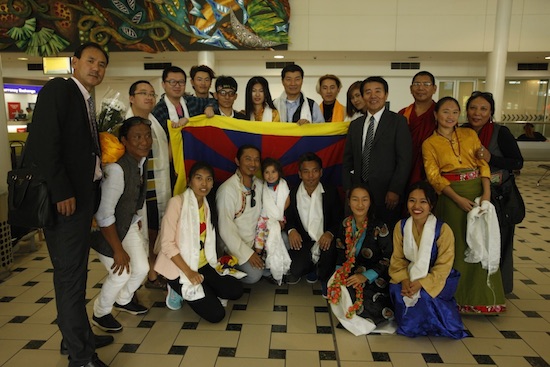 Sikyong Dr Losbang Sangay with members of the local Tibetan Community at the Brisbane Int’l Airport.