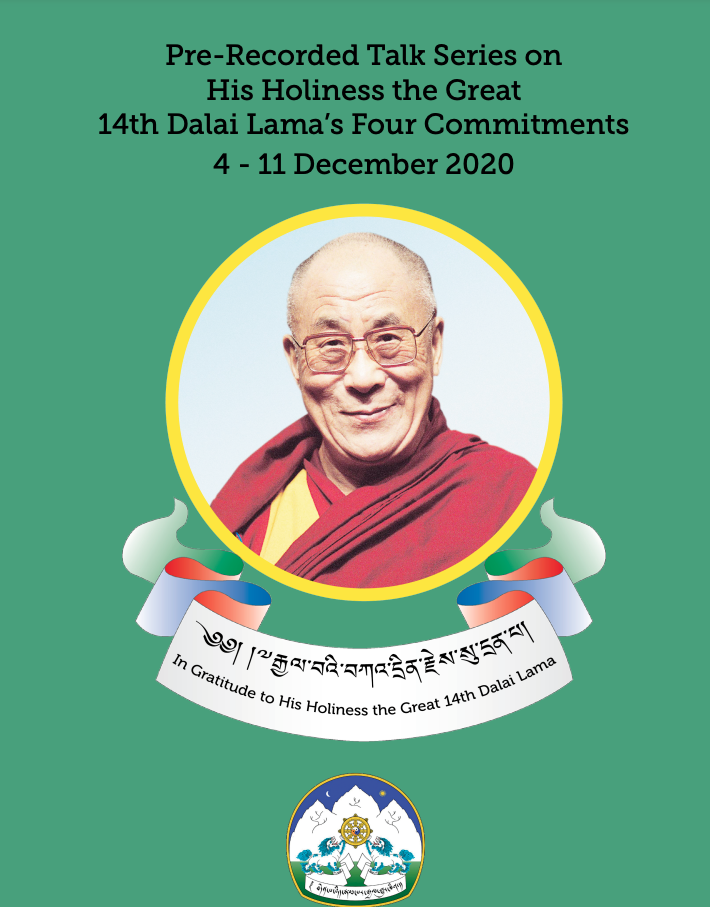 This yearlong celebration is an appreciation and collective expression of gratitude by the Tibetan people to highlight the outstanding contributions and achievements of His Holiness the Dalai Lama.

As part of this yearlong celebration, the Department of Information and International Relations (DIIR) of the Central Tibetan Administration is organising a weeklong talk series on the four principal commitments of His Holiness the Dalai Lama namely: Promotion of Human Values; Promotion of Religious Harmony; Preservation of Tibet’s Culture and Environment, and; Revival of Ancient Indian Wisdom.

At least 120 speakers from 19 different countries speaking in 15 languages will take part in the weeklong talk-series beginning 4 December.

Sikyong Dr. Lobsang Sangay will inaugurate the talk series followed by an introduction on the four principal commitments by Yangten Tulku, Religious Secretary, Office of His Holiness the Dalai Lama and a panel of keynote speakers in different languages. The key speakers will include spiritual heads, Kalons of the CTA, renowned Buddhist scholars, professors, and heads of Buddhist institutes. Addresses by heads of the various Tibetan spiritual traditions will also feature in the talk-series.

See the detailed schedule of the talk series below: