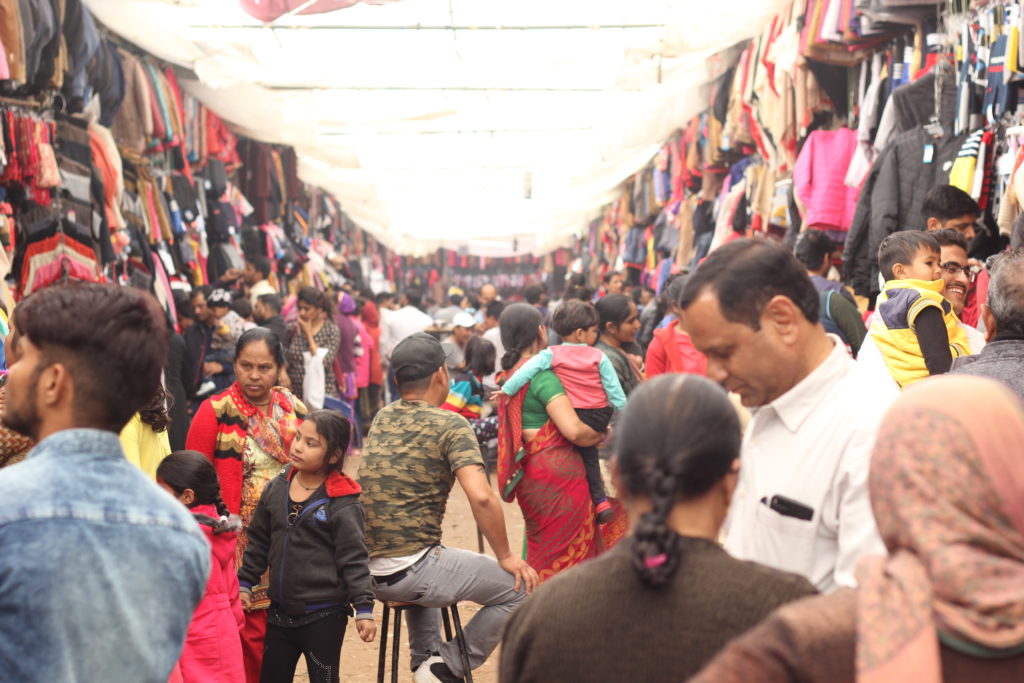 Scores of Indian shoppers at the Tibetan Refugee Market in Jaipur, 2018. Photo/Palden Choedon/CTA

As a part of my Tibet TV film project on Tibetan sweater sellers, over the last six months, I made five trips to Jaipur city to capture and interact with its members. I found the story of the sweater sellers; history and trajectory, trials and tribulations fascinating and inspiring enough to be told to a wider audience. The photo story is a result of that very same conviction.

Unlike last year, this year, the Tibetan sweater market in Jaipur was fraught with challenges. It opened to the public in late November, after a month-delayed period. In addition to the delay, they had to relocate to Mansarovar, 15 km south of the Amrudo ka Bagh, where the make-shift market had been running for years. Consequently, the Jaipur Tibetan sweater sellers association, made up of more than 250 families were apprehensive about this year’s business.

Hailing from different Tibetan settlements across the country; Shimla, Dehradun, Chamunda, Kullu-Manali, Dalhousie, Dharamshala, Hunsur, Mundgod and Sikkim, Tibetans engaged in the winter sweater business first set foot in the Pink city in 1978 and embarked on street vendor style at gateways and along the footpaths of Ajmer gate near MI road.

The elders vividly recall the early years of struggle when they thronged every nook and corner of the city with sweaters priced at Rupees 2-3 each were hanging on their arms. They had to drag their peddlers back home at the end of each day.

The Market Traders Association (MTA) headed by 20 elected members and 5 executive members manage the administration and welfare affairs of the Jaipur Tibetan Market. Moreover, they maintain strict rules to ensure a fair and equitable provision for its members.

Members are allowed to market only six bundles of sweaters during the entire season lasting three to four months. They are also bound to comply with the placing of a fixed price of 40% higher than the cost of purchase for each item. The association allows the shop space in the market for each family on a lottery basis along with a specific price tag for each item including the GST bill.

“The idea of allowing a maximum of six bundles for each family is to ensure an equitable measure for all members,” said Lhamo (65 yrs), President of the Tibetan Market Association and also one of the first Tibetans to start winter business in the city.

As the Jaipur market remained open late into the night at the new location, it remains the hive of bustling activity in the pink city. This is indicative of the fact that their relocation has not impeded the popularity of the Tibetan market, as buyers from across the city continued to throng their favourite winter shopping destination. 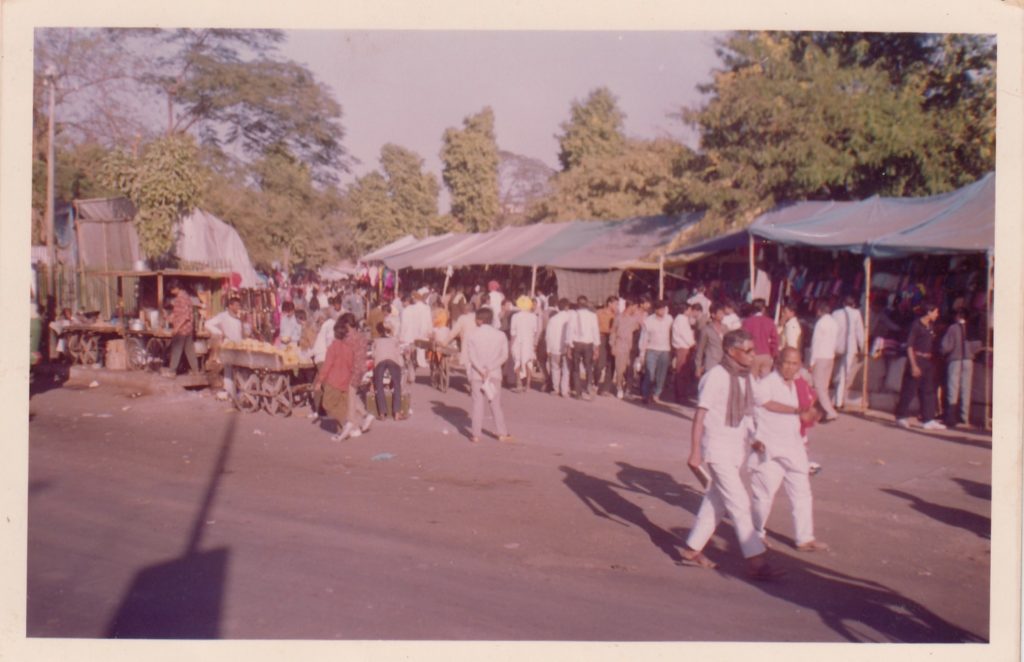 The Tibetan Refugee Market in Jaipur in the early 1990s. 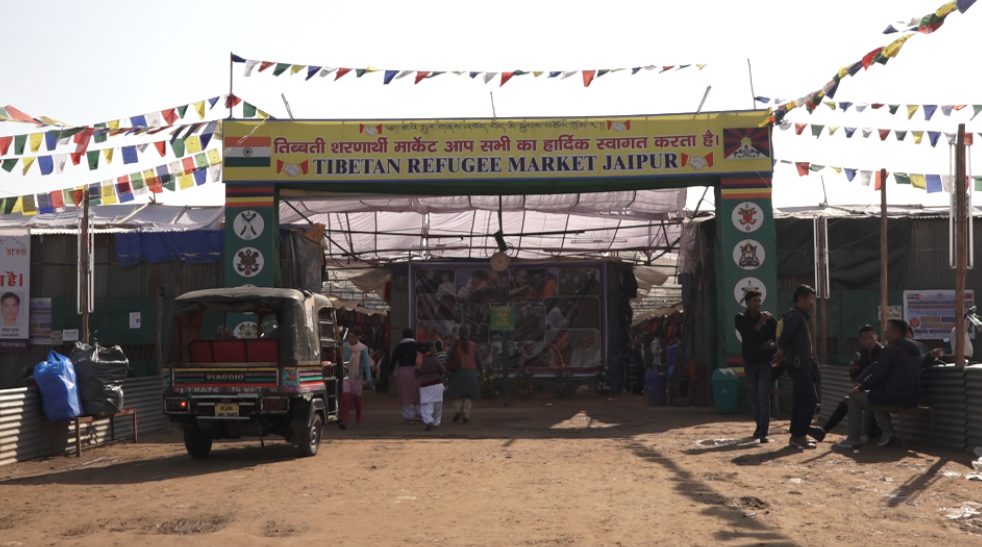 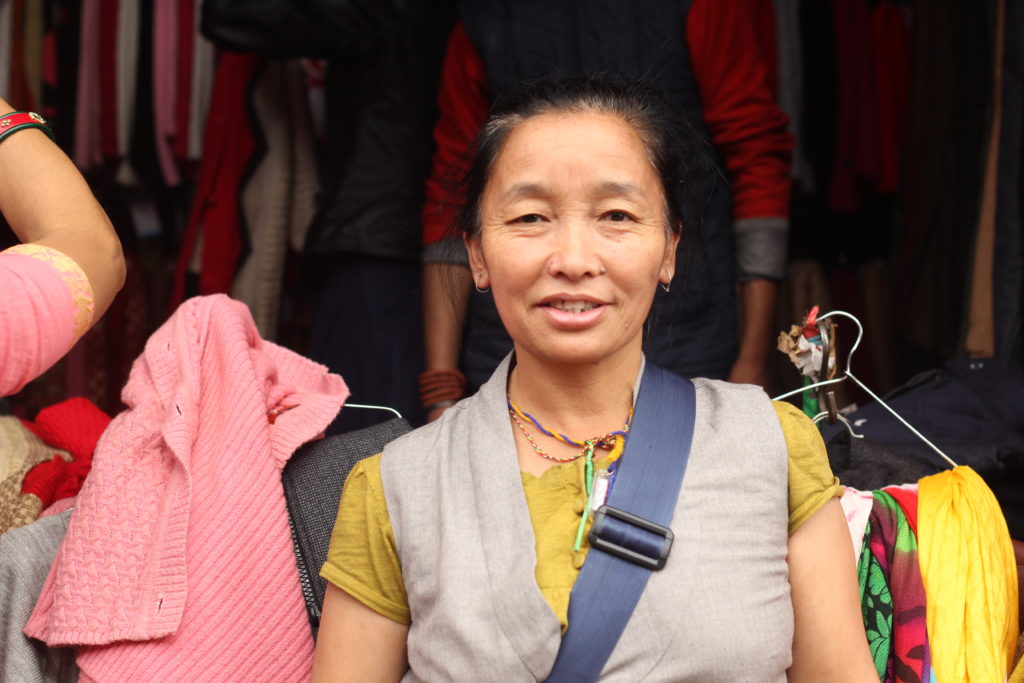 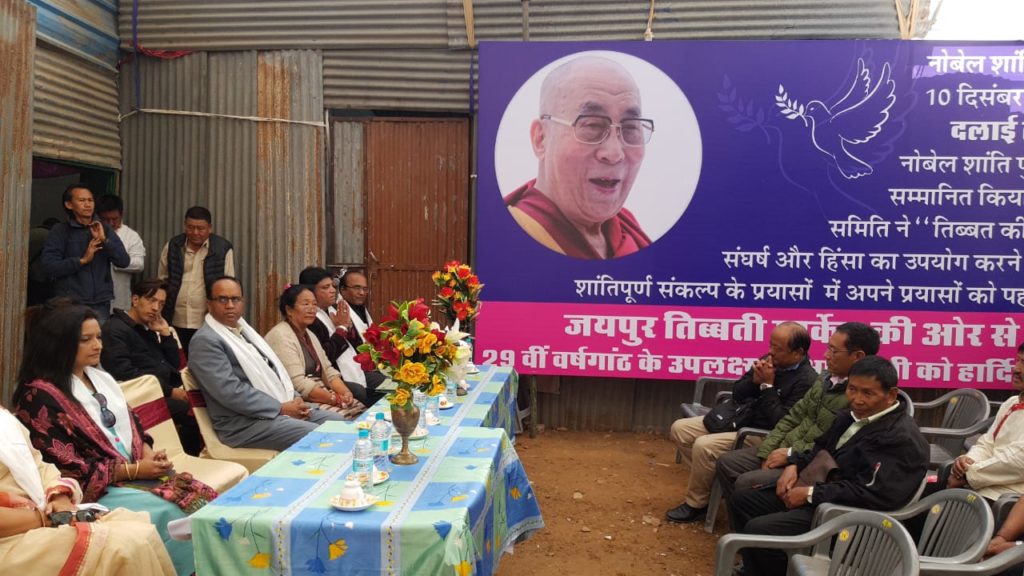 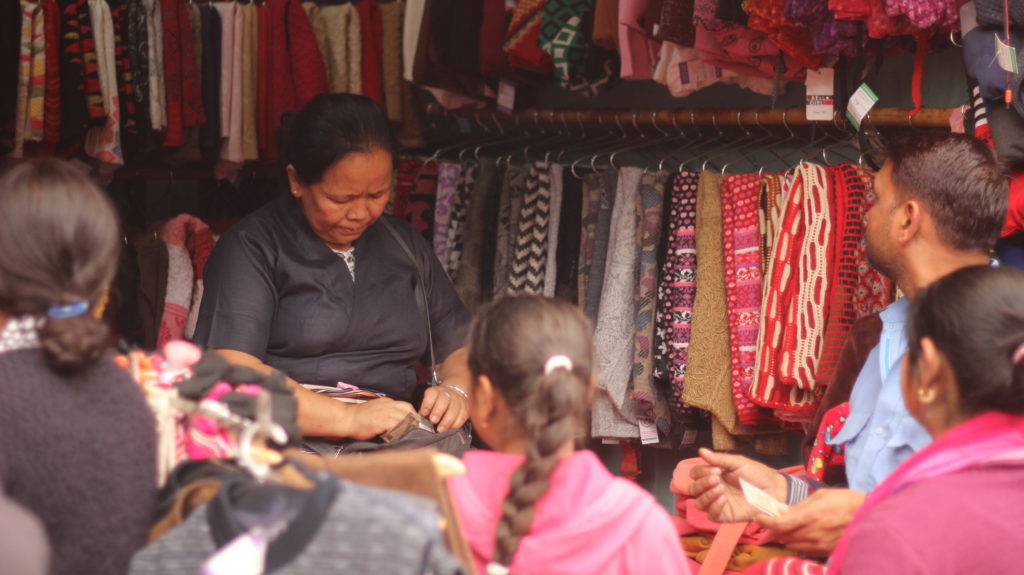 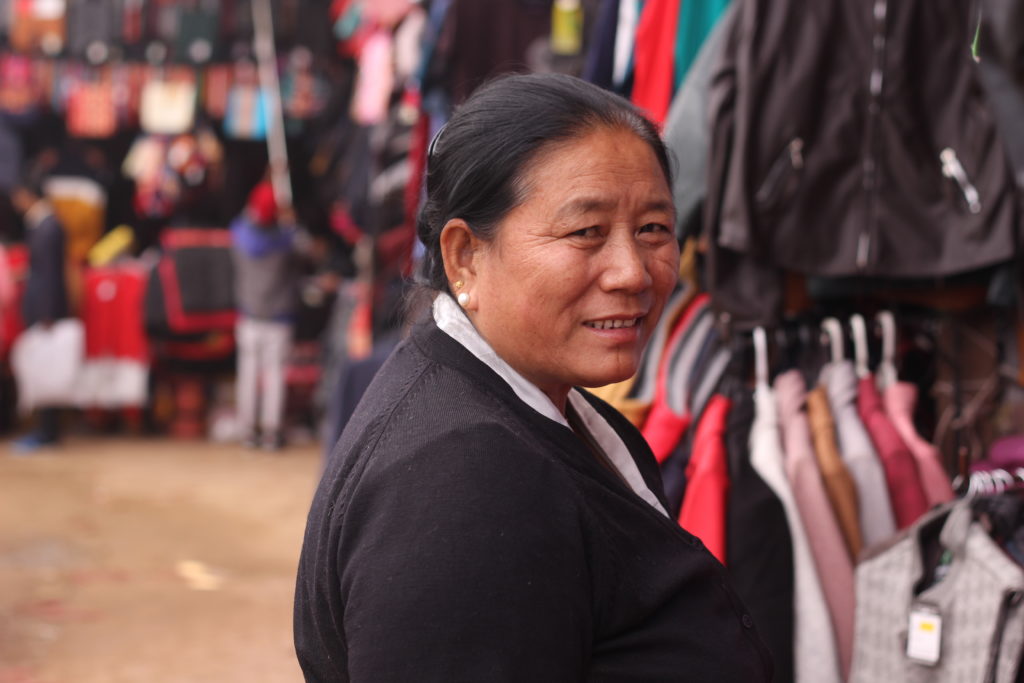 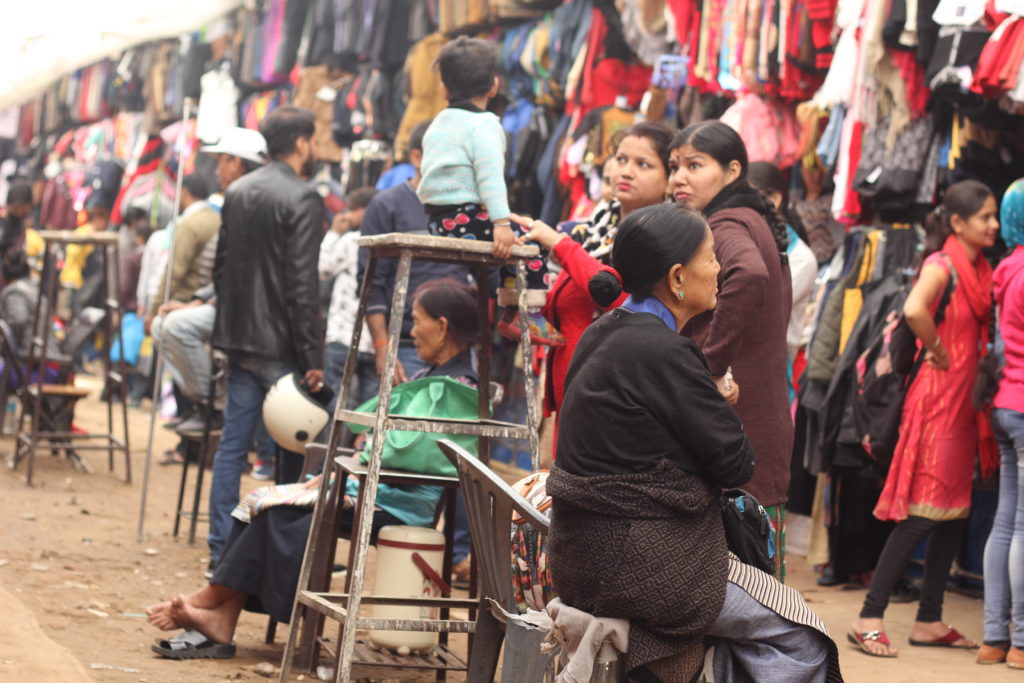 December is a peak season for Sweater sellers across India. Shop owners are seen keeping a watch while the helpers deal with customers. 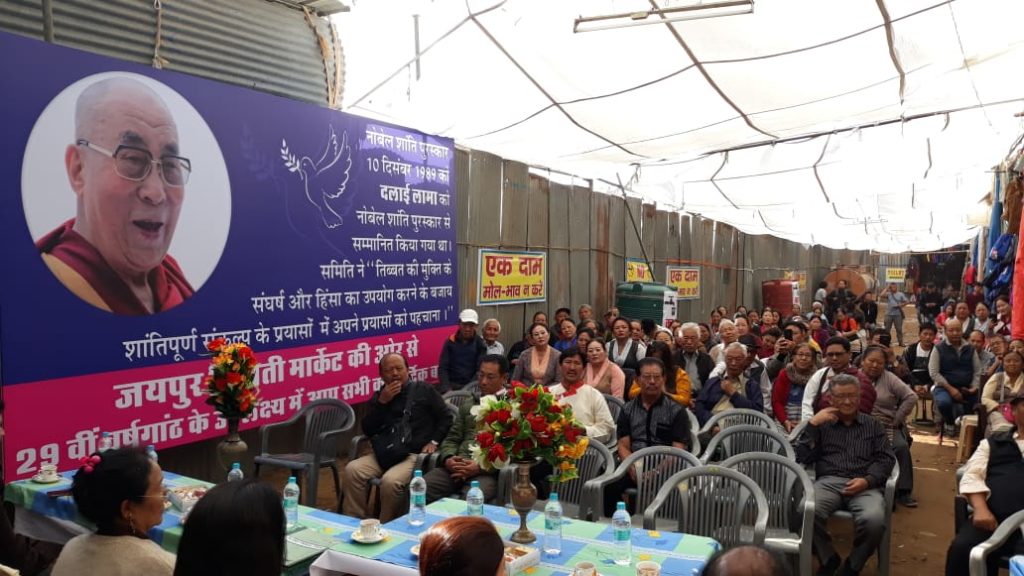 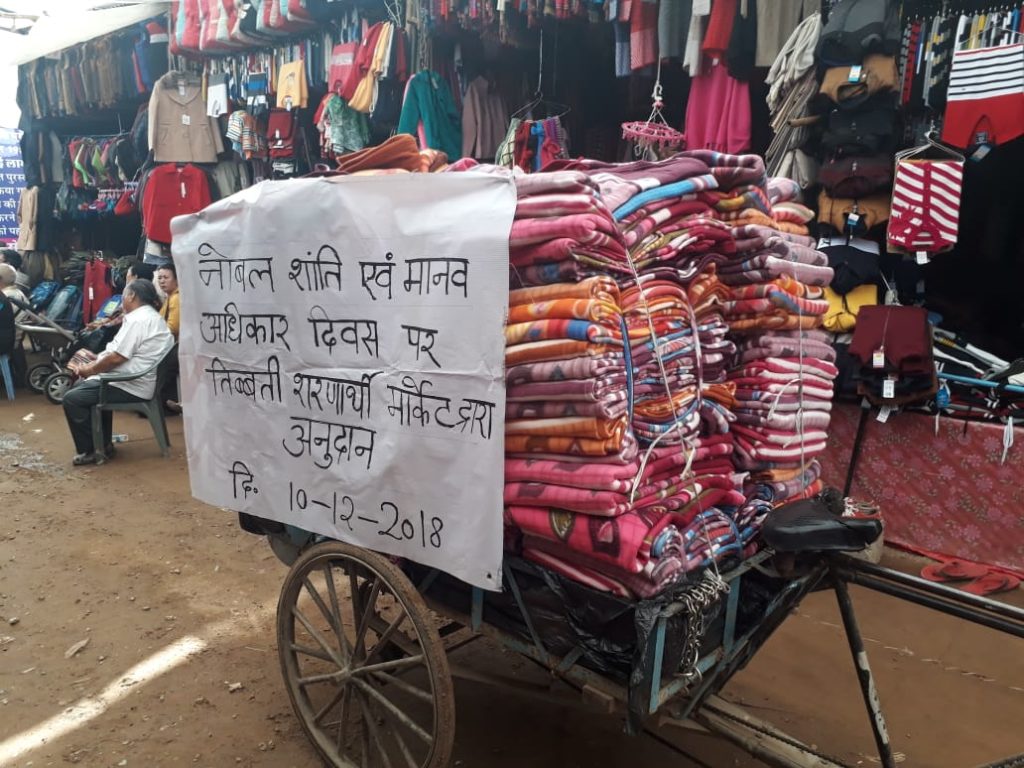 Tibetan sweater sellers give away free blankets to poor and needy around the market area as an annual tradition. 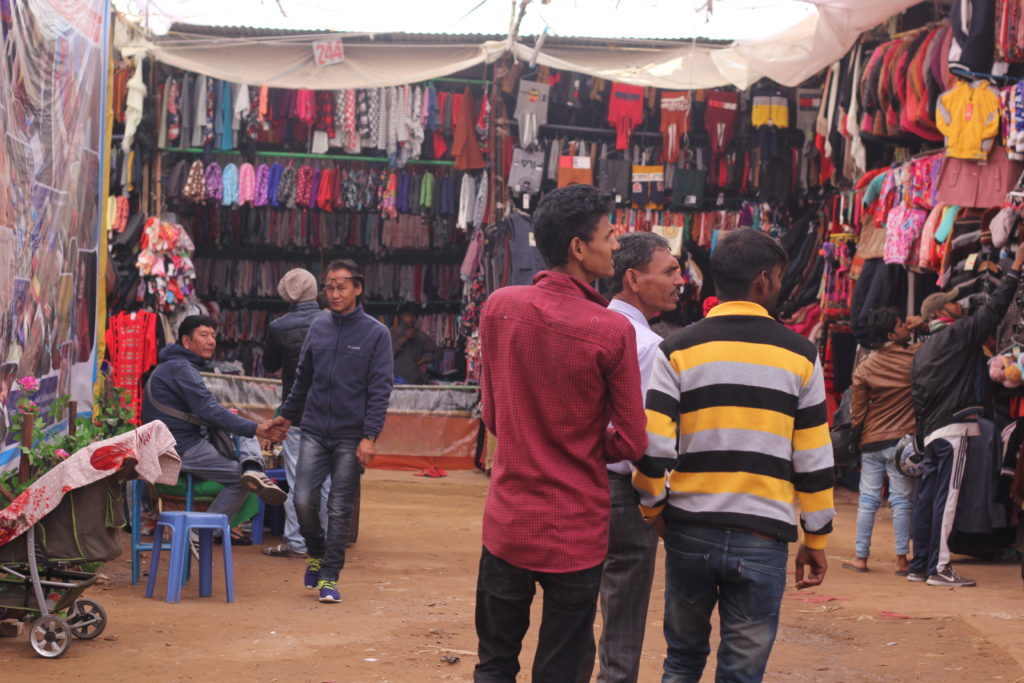 Indian customers start pouring in just as the Tibetans finish setting up the shops. Photo/Palden Choedon/CTA