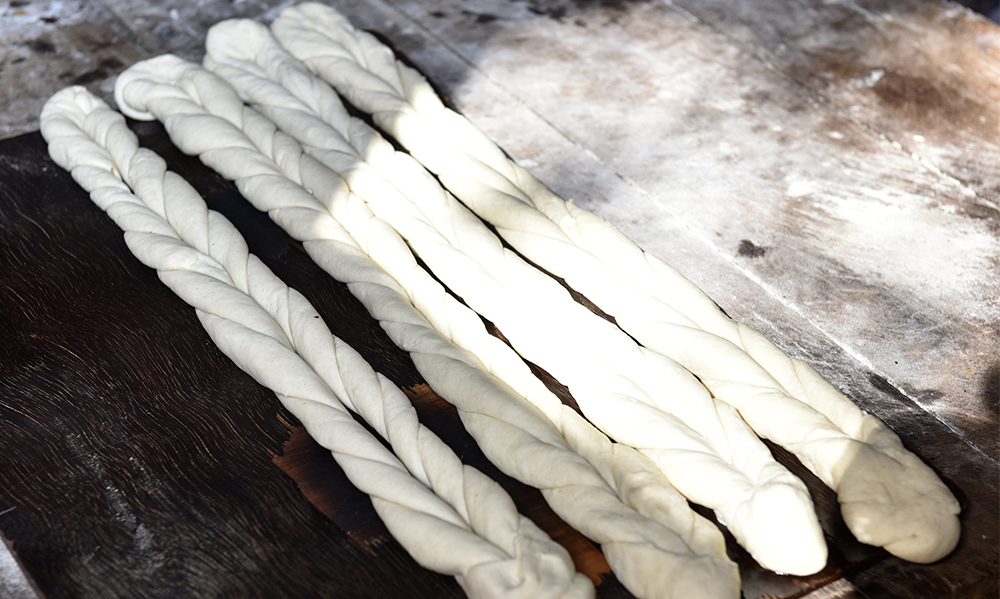 Yet another day of Lhakar arises under a biting cold of a 2.c temperature.

After a sumptuous breakfast of my usual Tsampa and Tibetan butter tea, I made my way through the unusually empty alleyways of the town towards the main market. 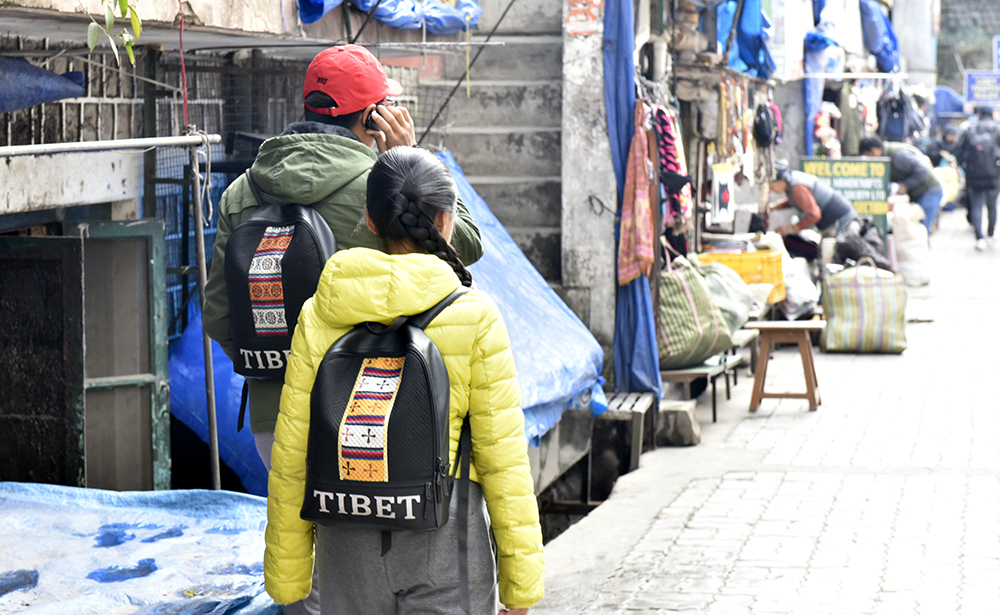 Two youngsters on their way to winter tuition on the alleyway of Mcleod main market. Photo/Tenzin Phende/DIIR 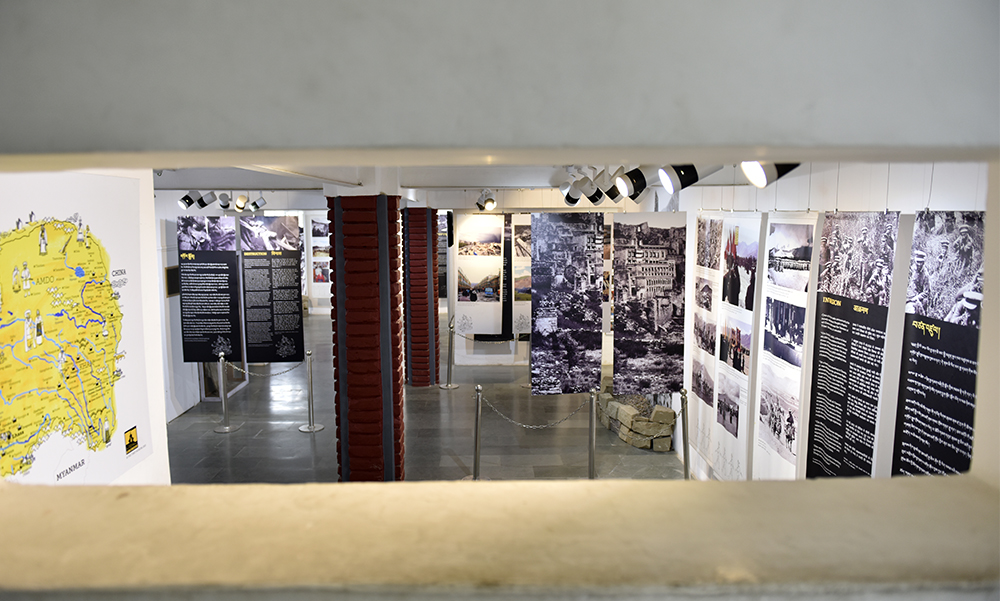 A view of Tibet Museum through my lens. Photo/Tenzin Phende/DIIR

Wondering what to choose as a theme for Lhakar today, I was passing through Tsuglagkhang and I came across Tibet Museum. Out of sheer curiosity, I just went inside to have a peek at the photos and artifacts that the museum has on display. 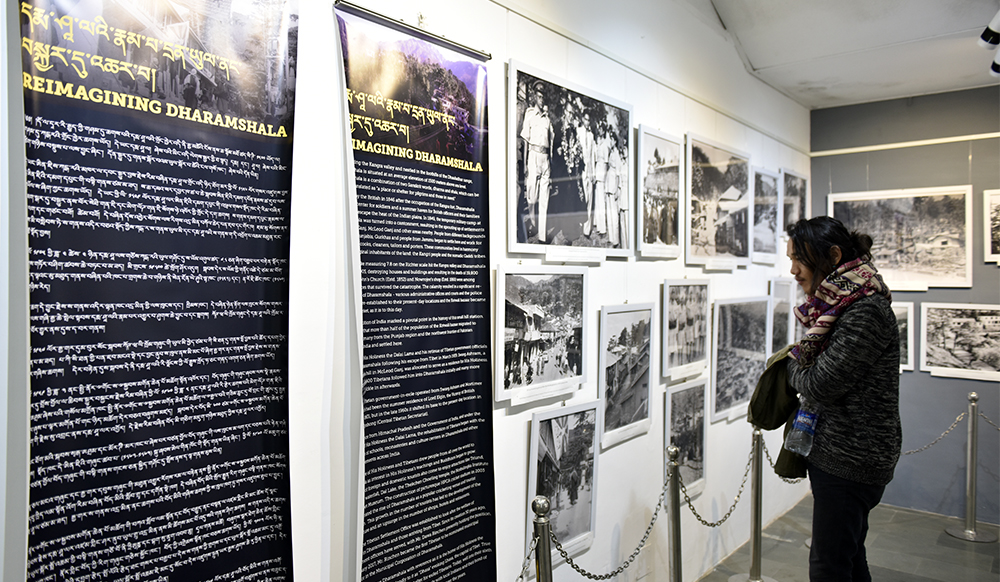 Wandering through the display panels, I came across an exhibition called ‘Reimagining Dharamshala’. Now, I consider myself a bonafide resident of this small hill town and I thought I am familiar with every nook and corner of the town. But I was pleasantly surprised. Without the captions below the photos, I was not able to identify any of the places shown in the photo. 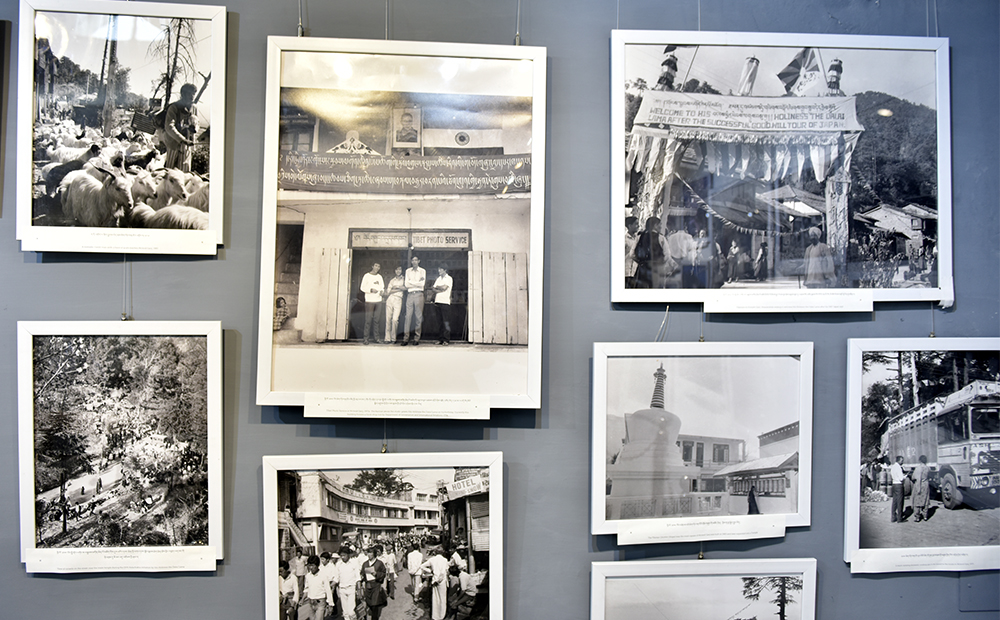 A piece from ‘Reimagining Dharamshala’ at Tibet Museum. Photo/Tenzin Phende/DIIR

The transformation that the town has gone through since the early years of Tibetan refugee settlement in the town was just staggering. The pine trees that have dotted the hills and the narrow alleyways earlier are now replaced with a string of shops and hotels selling everything from antiques to fast foods.

Time seemed to have flown and it was already 11:00 as I realized I still haven’t found a theme for the day. So I went inside Tsuglag-Khang hoping to get something that I could interest my reader with today. 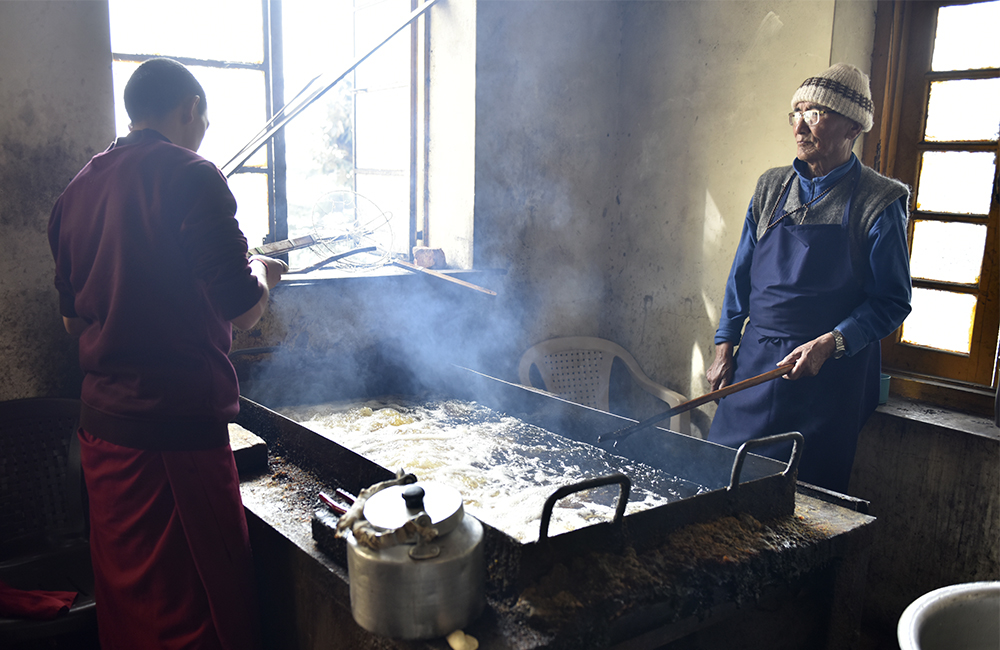 It was like a blessing in disguise that I came to know that Namgyal Phende Leksheyling, the private monastery of His Holiness the Dalai Lama is preparing Khapsey (deep-fried dough) for Losar the Tibetan New Year. 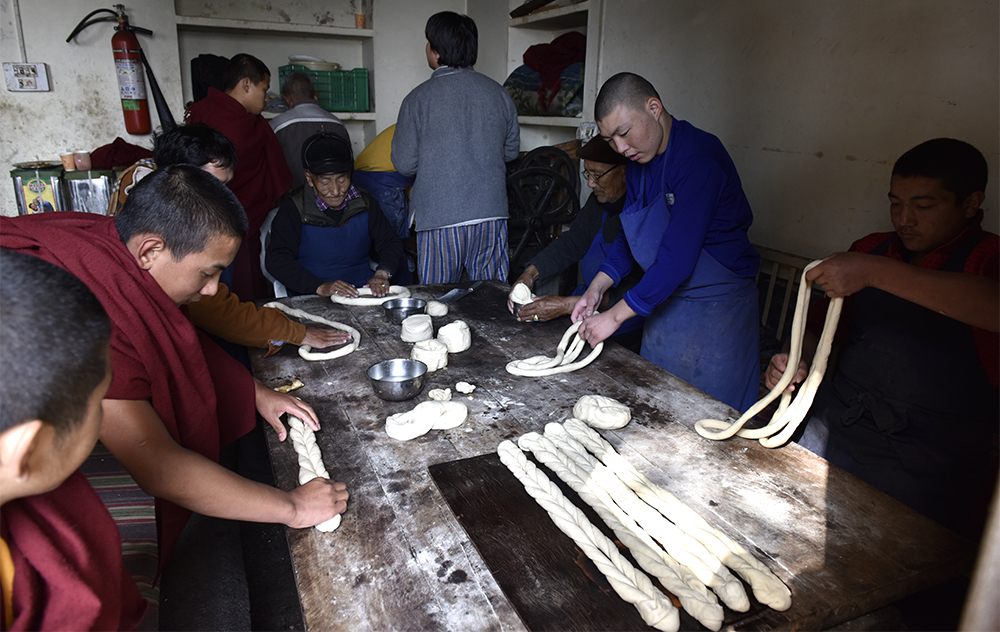 I quickly opened my lenses and started capturing the process. Even though it was in the initial stages of making the grand Khapsey, I was able to capture few wonderful shots of Nyapsha preparation. Nyapsha is one of the many designs of Khabsey that Tibetans prepare for Losar, the biggest event in the Tibetan calendar. 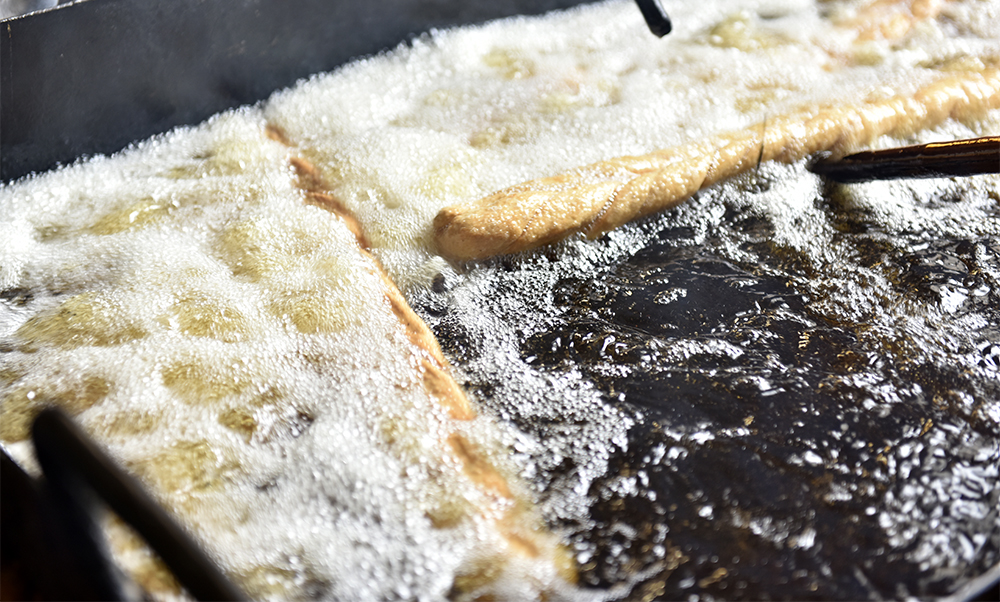 Namgyal Monastery monks and a team of ex-army men were preparing Losar Khapsey. 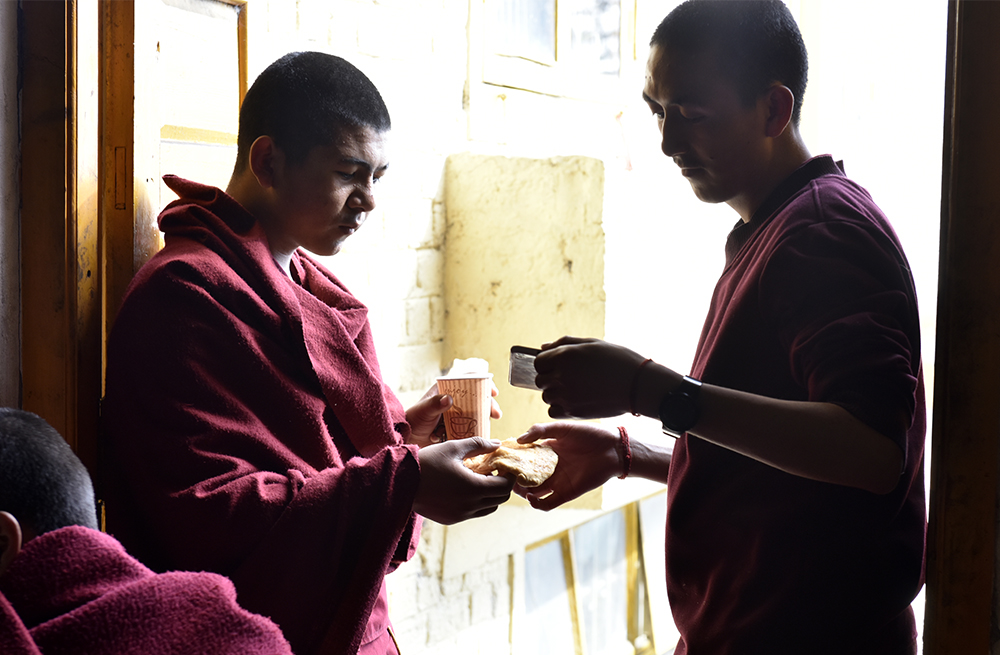 I even met the foster father of my home at TCV School where I studied till class 10. He was an Army veteran of the Indo-Bangladesh war and one of those few who survived to tell the tale.