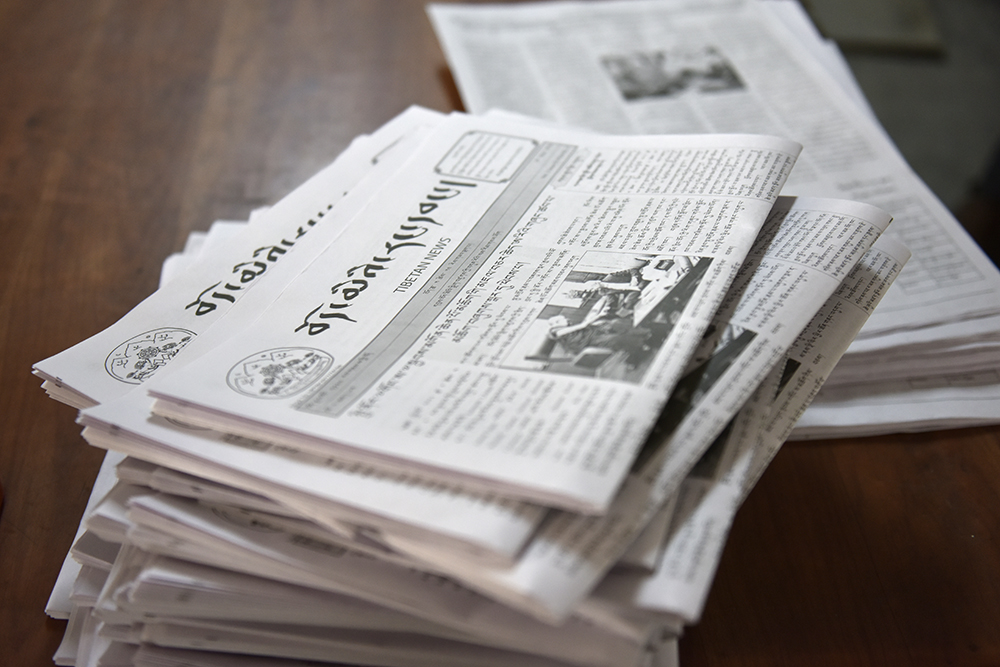 I was searching for something interesting to write this week, an interesting entity that has provided immense contribution to the Tibetan struggle over the last five decades of Tibetan exile history. And I found it in Narthang press, one of the pioneer printing press that has contributed a lot to the preservation of Tibet’s rich linguistic culture including literature, poetry, religious texts, political history, etc. 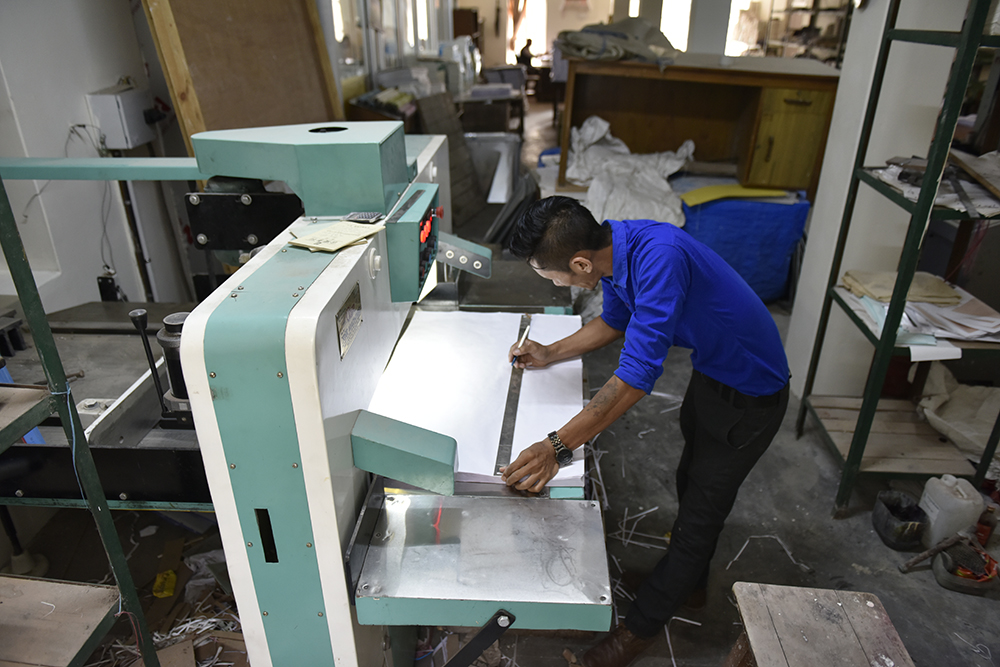 Since I joined the Central Tibetan Administration five years ago, I have been working closely with Narthang press for the publication of Tibetan Bulletin, which I undertake. Tibetan Bulletin is the bi-monthly official English magazine of the Central Tibetan Administration. Every first week of two successive months, I compile articles on the CTA and Tibet and format it to give to Narthang press for publication. 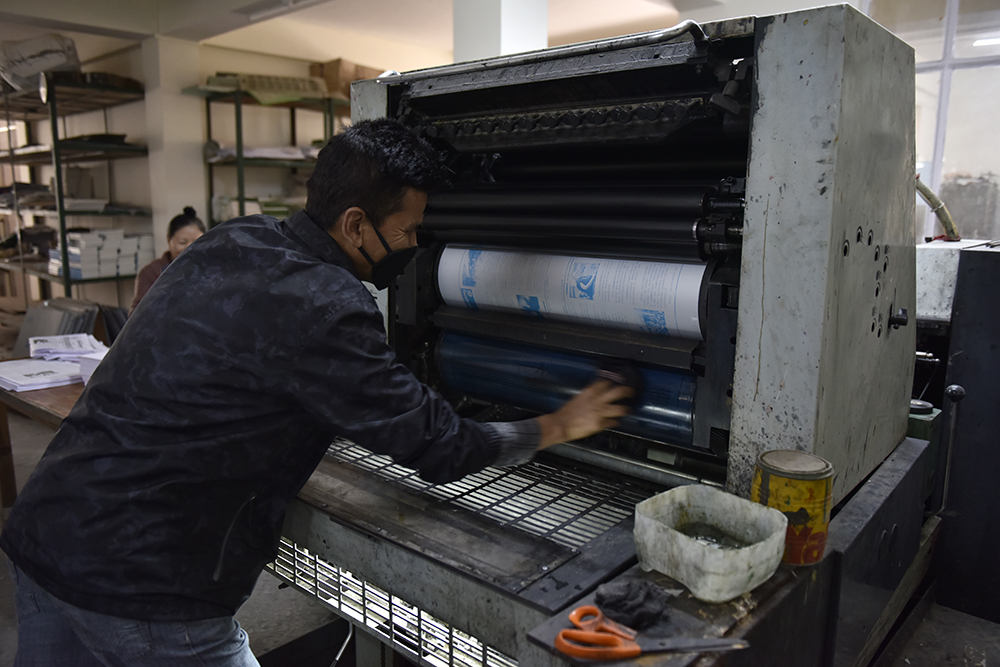 Whenever I visit Narthang, I have noticed that the technicians are always busy in their duties of laying out the papers or working the machines. I used to have this attitude earlier that tossing papers into the printer and aligning it is an easy task that doesn’t require much expertise or intellect. However, after an embarrassing attempt at trying to do what the printing staff are doing, I realized the fallacy of my attitude and gained a newfound respect and admiration for the staff who make everything look so easy and hassle-free.

That time I came to realize working at a printing press is not everyone’s cup of tea. Most of the people working there have served more than a decade in the printing press. 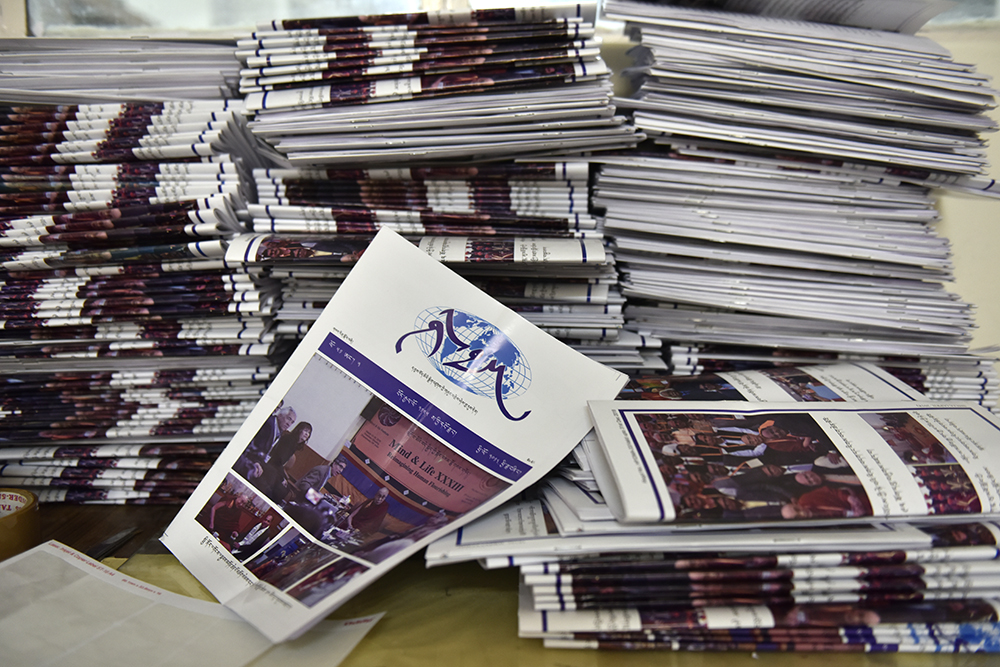 Now let me briefly give you a background of Narthang Press:

Narthang press in Tibet was the oldest Tibetan publishing house with its historic tradition of printing since the early 16th century. One of the most popular Tibetan texts printed by Narthang press were the teachings of Buddha Kangyur and its commentaries Tengyur. During Chinese invasion of Tibet in 1959, the Narthang press along with thousands of Tibetan cultural centers, libraries and monasteries were demolished. Hence the Tibetan leadership at the time re-established Narthang press in exile, to revive the centuries-old tradition and the status of Narthang Press. 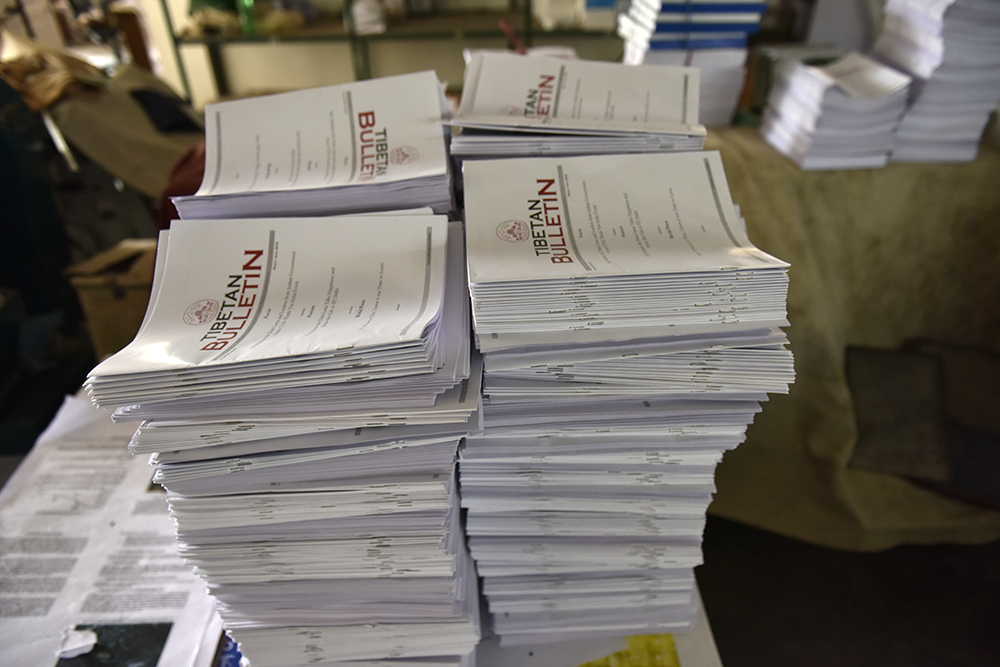 Bi-monthly Tibetan Bulletin about to post throughout the world. Photo/Tenzin Phende/DIIR 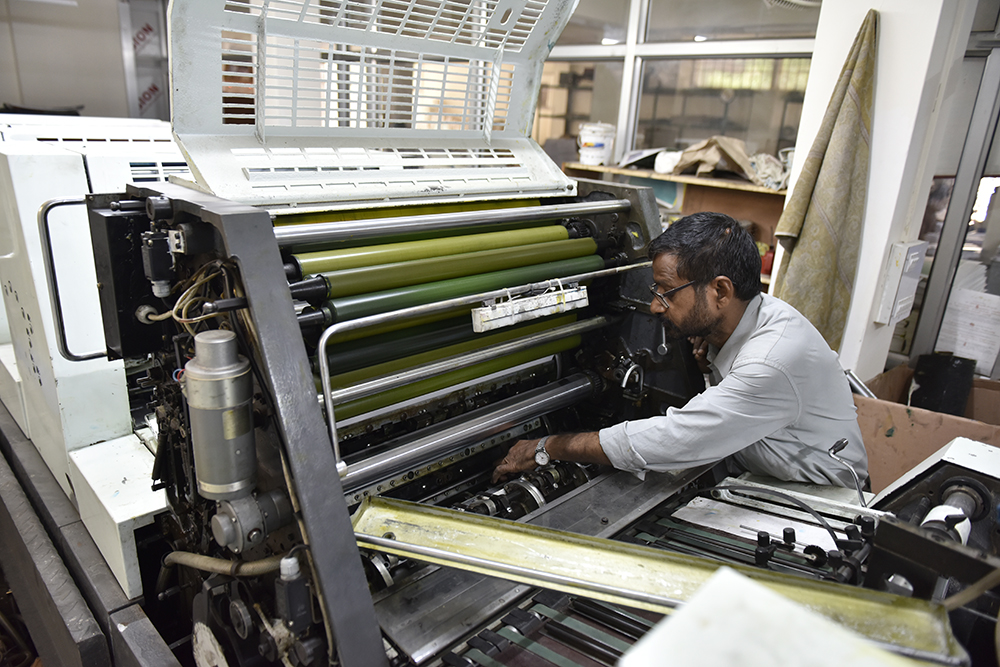 Delta-664 being serviced by the professional on regular basis. Photo/Tenzin Phende/DIIR

In October 2016, to expand its operations Narthang acquired the new Delta-664 features four printing towers which are capable of printing up to 8000 copies per hour, a significant increase from the number of copies the previous printer produced. It is a four-colour sheet-fed offset press which facilities printing of four colours in single-sided printing or alternatively and both sides in one pass. The maximum machine speed is 10,000i.p.h and is achievable even when perfecting. The press has a high pile delivery with a maximum pile height of 820mm. The press display unit has signal lamps, which improve machine productivity and reduce operator effort. 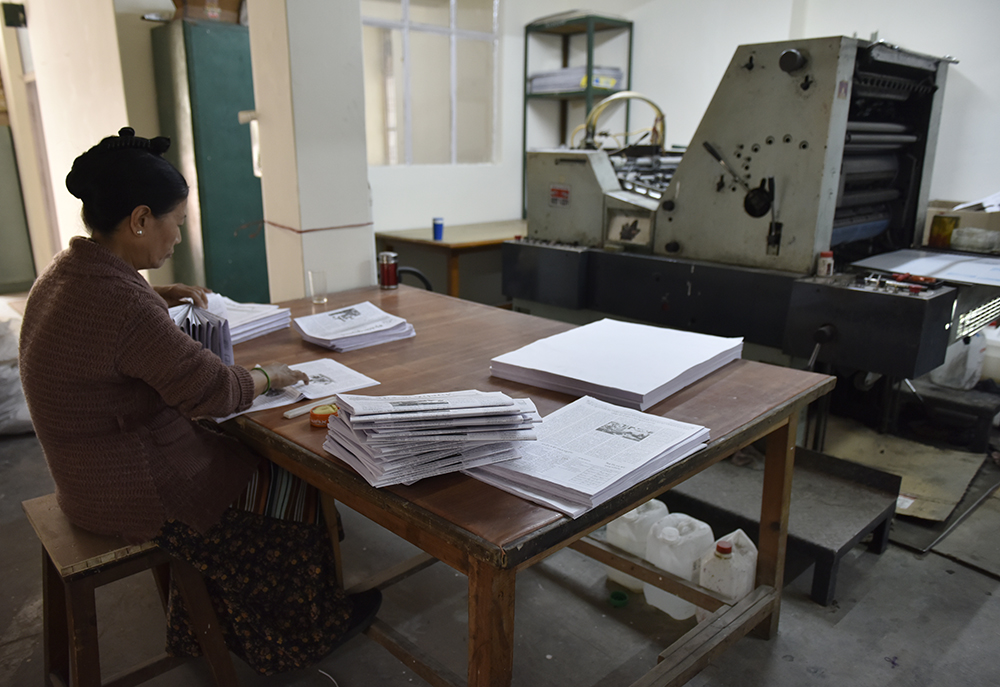 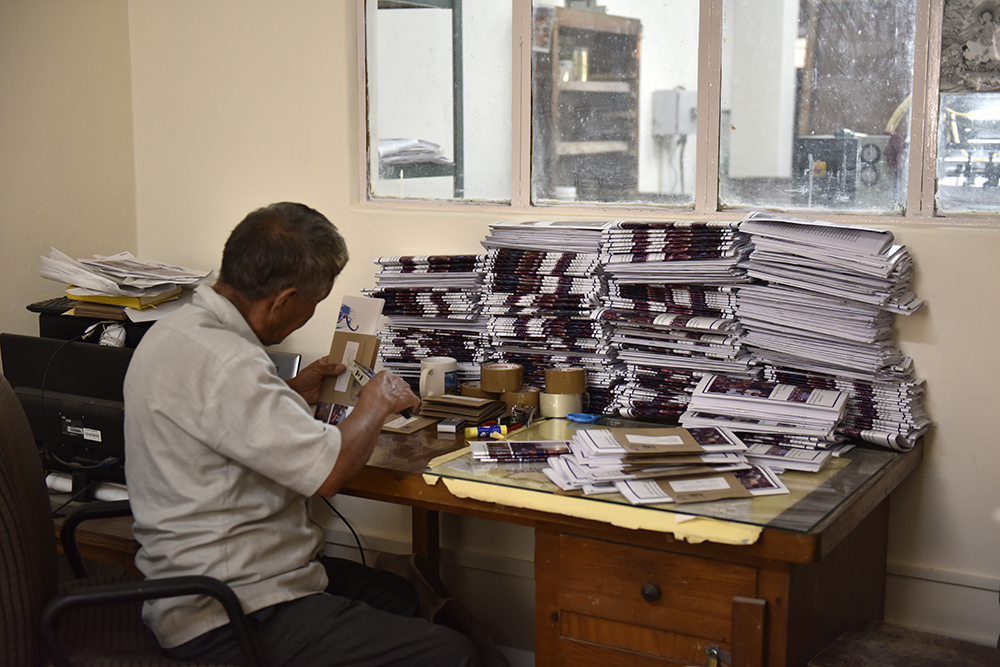