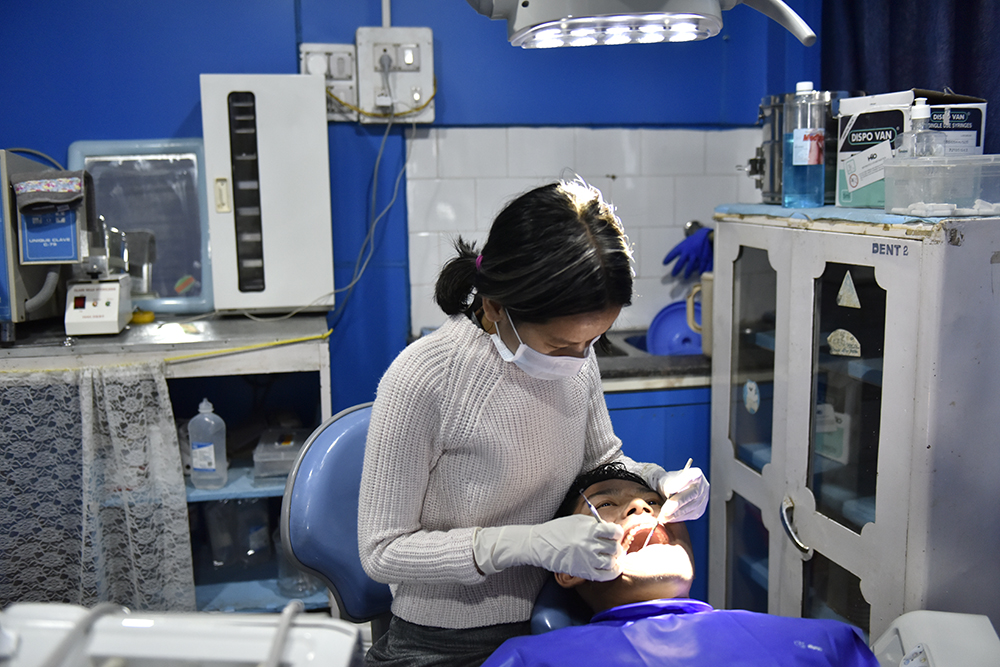 As I was thinking about what to write this time for my weekly ‘Life in Exile’ series, I was invited to attend a talk on ‘Health on Life’ at Tibet World on Sunday. My motive to attend the talk was to get some photos of Dawa, a dentist in Delek Hospital. Somehow I ended up listening to the full talk. The talk was informative and connected me with the way I eat in daily life.

Dawa is a dentist by profession in Delek hospital for the last five years and an activist for the vegan movement in Dharamshala.

As she was narrating her birth story, she said, “My mother told me that she had to cut her own umbilical cord during my delivery. My late father was away in the field and my brother and sister were very young at that time.The story of my birth has been my very first inspiration for my mother as a woman.”

Her father was a very simple man, socially active and friendly with the local Tibetans and even the Indians from the local village who comes to work in the fields of the Tibetan camp.

She is the 6th child of her parents. She did her schooling from Central School for Tibetans, Mundgod. During her 6th grade, she was selected as one of the ten students for Pema Tsal hostel after writing an entrance exam. The hostel was founded to provide an enhanced education of the higher intellectually potential and promising Tibetan refugee children. While recollecting her past, she said, “A huge part of me today owes gratitude to those 6 years in Pema Tsal hostel.“

After high school, she went to a nursing school in Mangaluru. She couldn’t bear to stay for 10 days at the beginning of nursing that she left the nursing school and went back to Mundgod. Later she joined coaching classes and got a seat at J.S.S. dental college through the common entrance test.

She said, “I was the first Tibetan in my college and it was the first time when I faced racist remarks from few Indians in college.”

After college, she served in Tibetan Phunstokling settlement in Orissa for 2 years. The challenges of a single working woman were not easy but her dog cheers her every time. She has seen few poor people at the dental clinic and some of them leaving tips of 10 rupees after their treatment.

She described her meeting with an elderly lady of 80 years old as one of her special moments to cherish. This lady lives alone in a very modest mud house and wears sunglasses day and night. When asked about the reason, she explained to her that one of her eyeballs is a prosthetic one. A bear took out her eyeball when she went into the forest to collect woods when she was young. She had no electricity in her home. Her struggle of living a life with impaired eyesight and darkness touched Dawa deeply.

Immediately after meeting the old lady, Dawa thought to do something. With the help of a friend, she got her solar power driven electricity into her home. The first thing she said as she turned on the switch of the light was ” you gave my other eye back.” That was the moment Dawa felt a deep sense of happiness.

She said, “I turned vegan 4 years ago and became an animal rights activist 2 years ago. I am the co-founder of “Dharamshala vegan movement” under which we visit different monastic institutions /schools /colleges inside and outside Dharamshala to screen documentaries and address animal rights and veganism in the community.”

She said, “On weekends, we stand out on street wearing a mask and holding laptops inviting people to watch the cruelty of animal agriculture. Sometimes we hold demonstrations of caged animals and witness the caged chickens outside the butcher shops to recreate empathy towards the vulnerable victims.”

Dharamshala vegan movement put a table on the street of Mcleod Ganj to invite people to try free vegan food and drinks and engaging them on the cruelty, health hazards and detrimental environmental impacts of supporting animal agriculture business.

The turning point to my transformation from non-vegan to vegan was from watching a footage of Yulin dog meat festival where dogs were skinned alive, burnt in boiling water and slaughtered for their meat. The Chinese believe that the more one tortures the animal, the tastier the meat becomes.

As a Tibetan, we are all victims of social injustice and oppression. The animals are no different from us in wanting happiness and freedom from sufferings.The animal rights movement is remarkably feeble in our society and thus, it motivates me more to represent our people on the global platform of animal rights movement. This is my give back to the community in rebuilding world peace and compassion as a Tibetan Buddhist animal right activist. 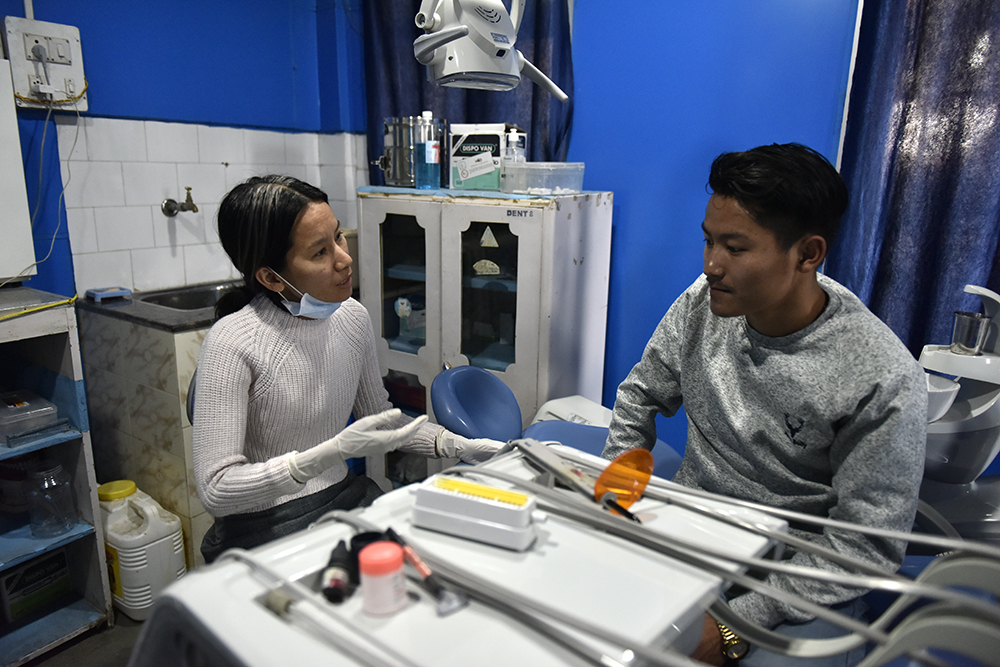 Dawa deliberating on how to make sure what to do after treatment to a patient. Photo/Tenzin Jigme/DIIR 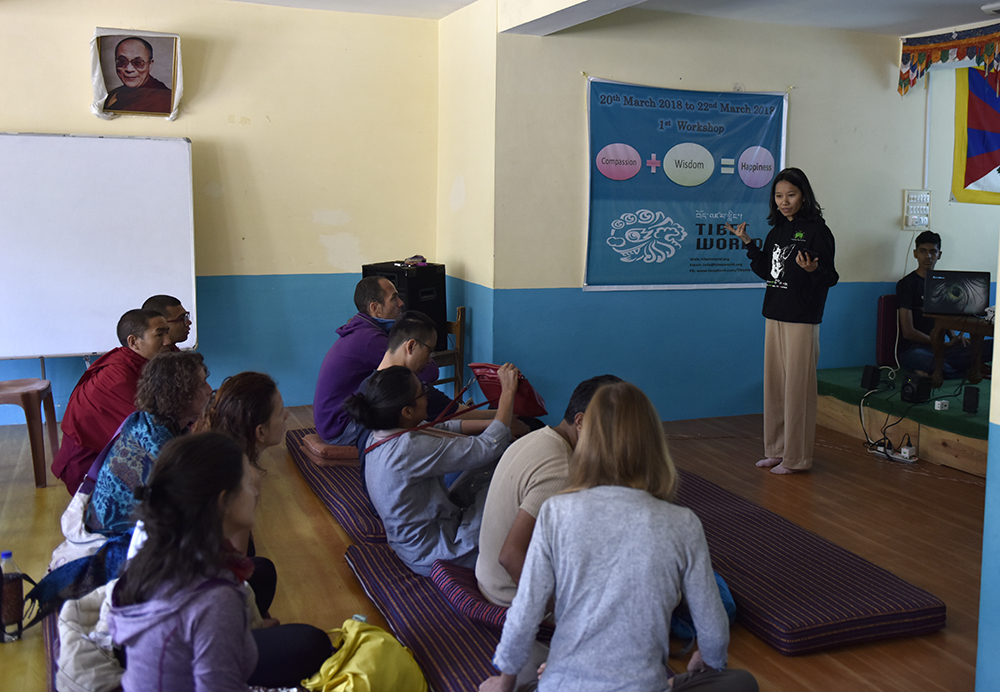 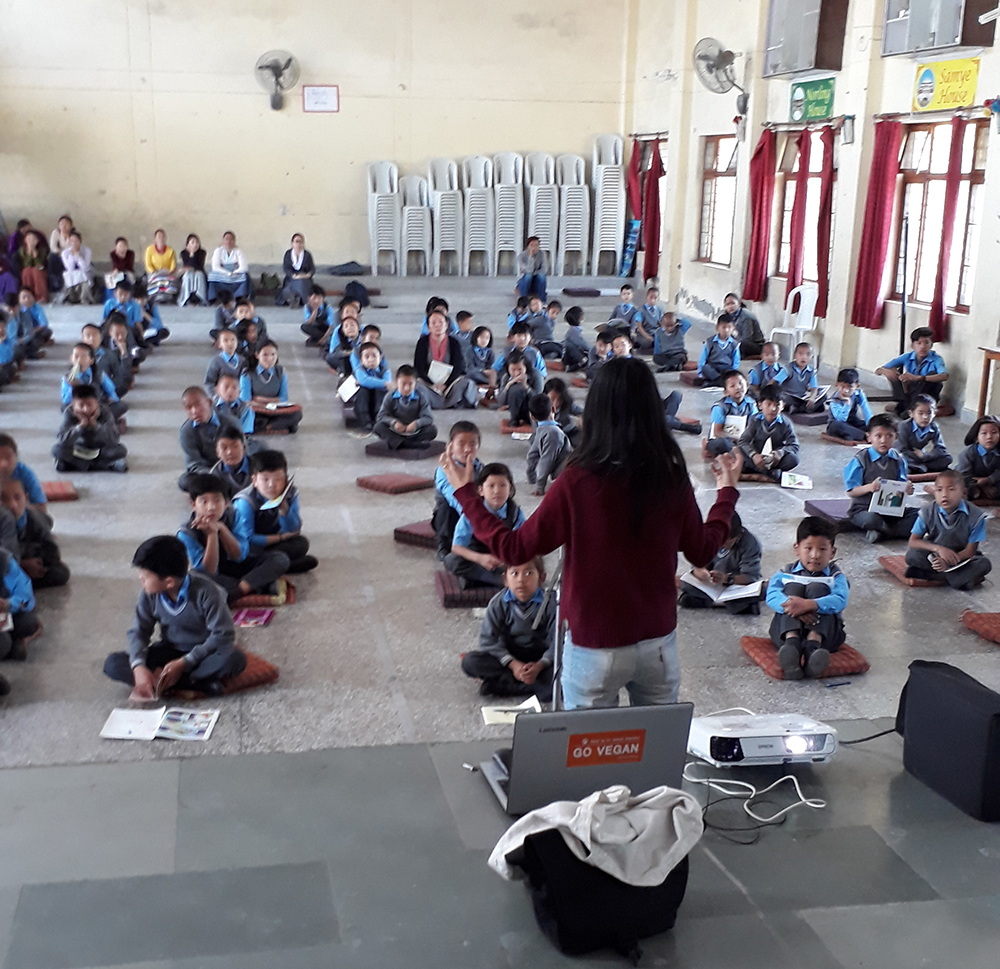 Dawa giving information on the importance of eating vegan food. 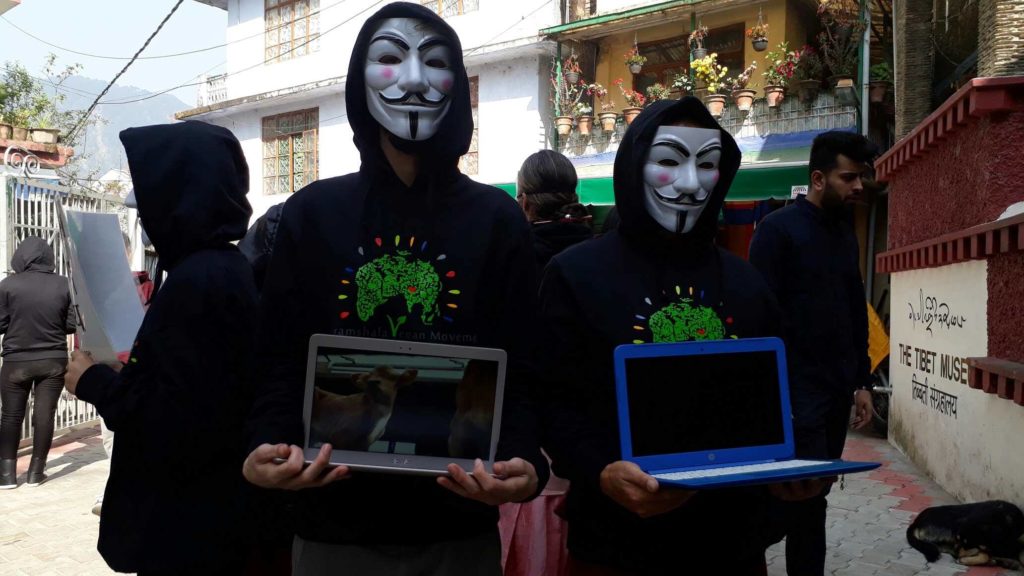 Dharamshala Vegan Movement organised activity near Tsuglagkhang to inform about being vegan. 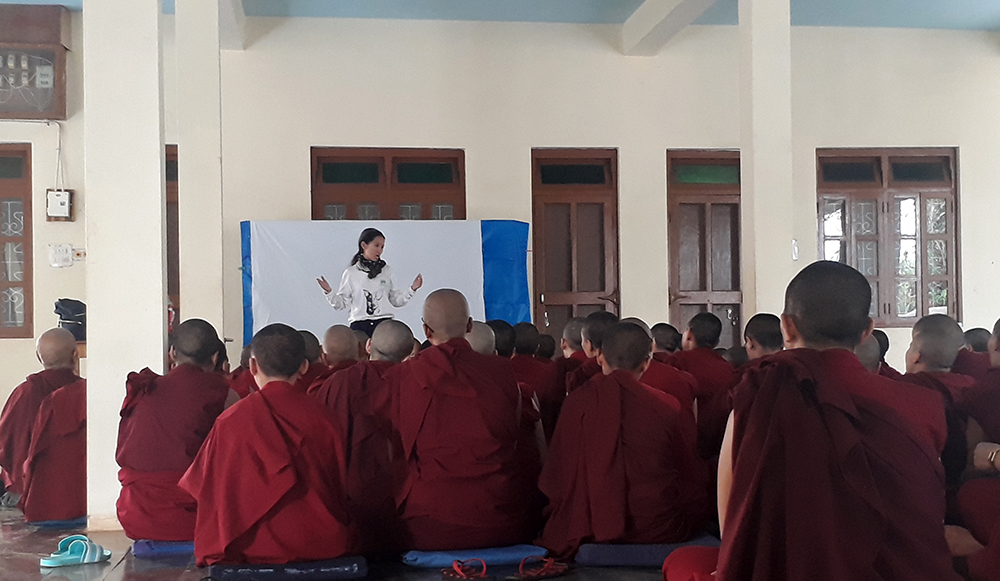 Dawa voluntarily going on to Monasteries tour to inform on the importance of being vegan.