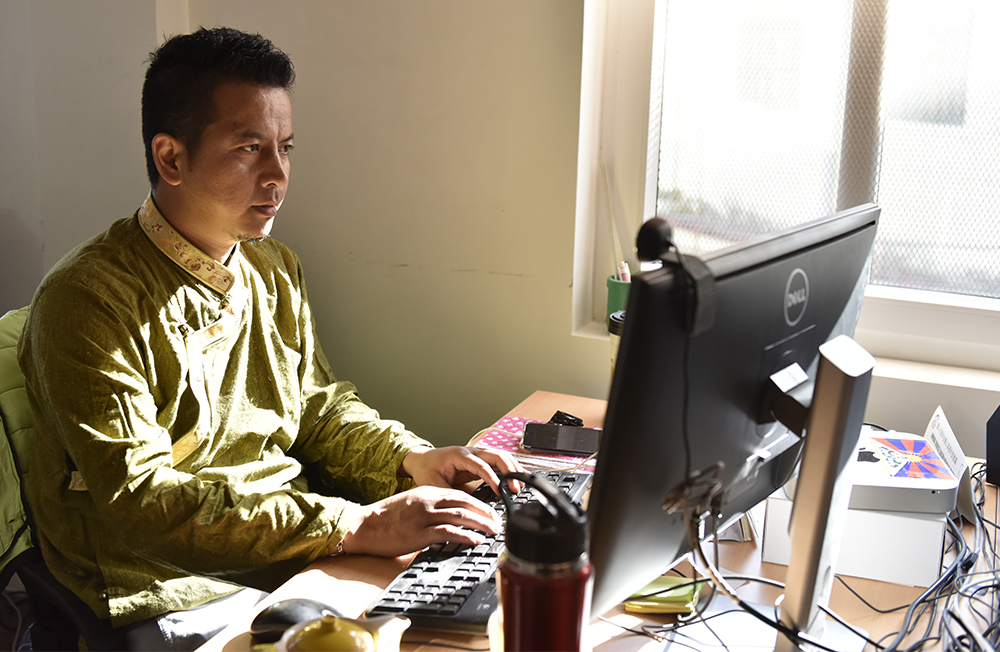 Lhakar is a Tibetan word meaning White Wednesday. It is a day celebrated as His Holiness the Dalai Lama’s Soul-Day. It started as a peaceful non-cooperation and civil disobedience movement in Tibet in the aftermath of 2008 uprising. Since then, Tibetans around the world led by Tibetans inside Tibet have been celebrating Lhakar by speaking Tibetan language, wearing traditional Tibetan attires and eating traditional Tibetan food. It is a day of being Tibetan, of celebrating the Tibetan identity.

However, this self-reliance Tibetan movement is not just for a day, rather it is for every day. Today let me tour you around Central Tibetan Administration (CTA) offices to witness how CTA staff are celebrating Lhakar.

As I ventured into the various departments and offices of the Tibetan administration, I noticed most of the staff are in their traditional attire of Chupa and Bhusu Onjug (Tibetan design shirt for men). 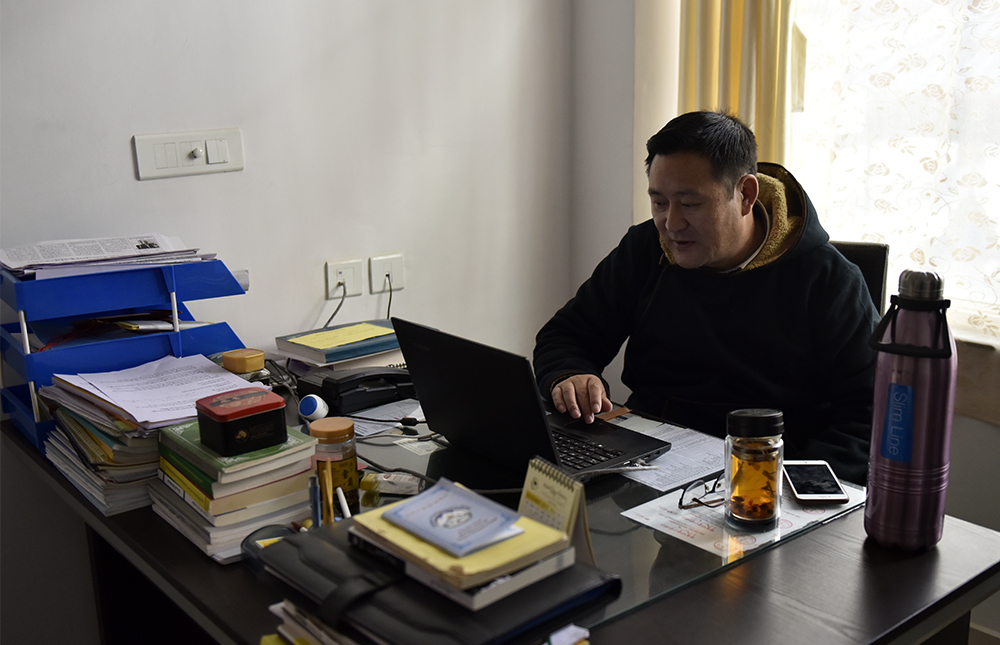 I opened my lens to capture some moments of being Tibetan in CTA premises. I saw the glittering eyes of staff working enthusiastically at their desks.  I first visited the Tibetan Parliamentary Secretariat and met with Gyari Thar, an amiable gentleman who is a member of the Tibetan Parliament representing Amdo.

He softly said, “We consider Wednesdays as His Holiness the Dalai Lama’s soul day. On this day we celebrate the richness of our culture that was passed down to us from our ancestors. We proudly wear our traditional dress. Tibetans in Tibet and in exile observe this day as a movement to preserve our culture and language.” 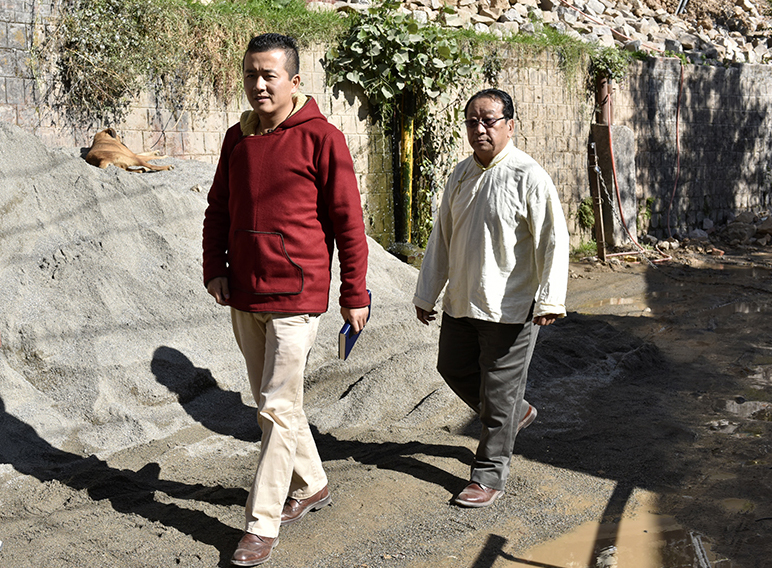 While visiting the Department of Home, Thupten Rinzin, a beaming young man in a red traditional shirt shared, “Every day is Lhakar for me. I try to wear the traditional Tibetan dress every day of the week. My colleagues even tease me about it. However, I convinced them that Lhakar is not a just one-day movement, it’s an everyday movement to remind us of our culture.”

“We must observe every day as Lhakar,” he said.

As I moved from office to office to see how the staffs are observing Lhakar, I was overcome with a strong sense of being Tibetan. Even after more than five decades of being in exile, you could see the vibrant Tibetan culture alive and thriving. 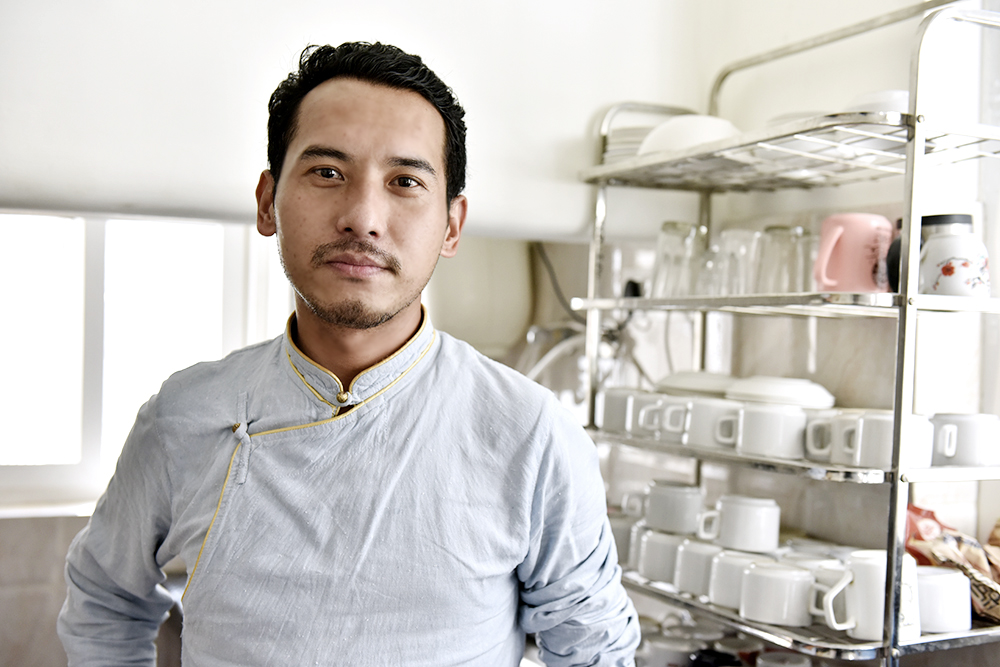 As I returned to my office, the Department of Information and International Relations, a hot steaming cup of freshly brewed Tibetan butter tea awaited me at my desk. As I took the first sip, I felt grateful for the staff who has donated the butter for tea. It has become a tradition of sorts at our office for someone to voluntarily donate a chunk of butter to the office kitchen on Wednesdays so that the entire staff could enjoy Tibetan butter tea on Lhakar. 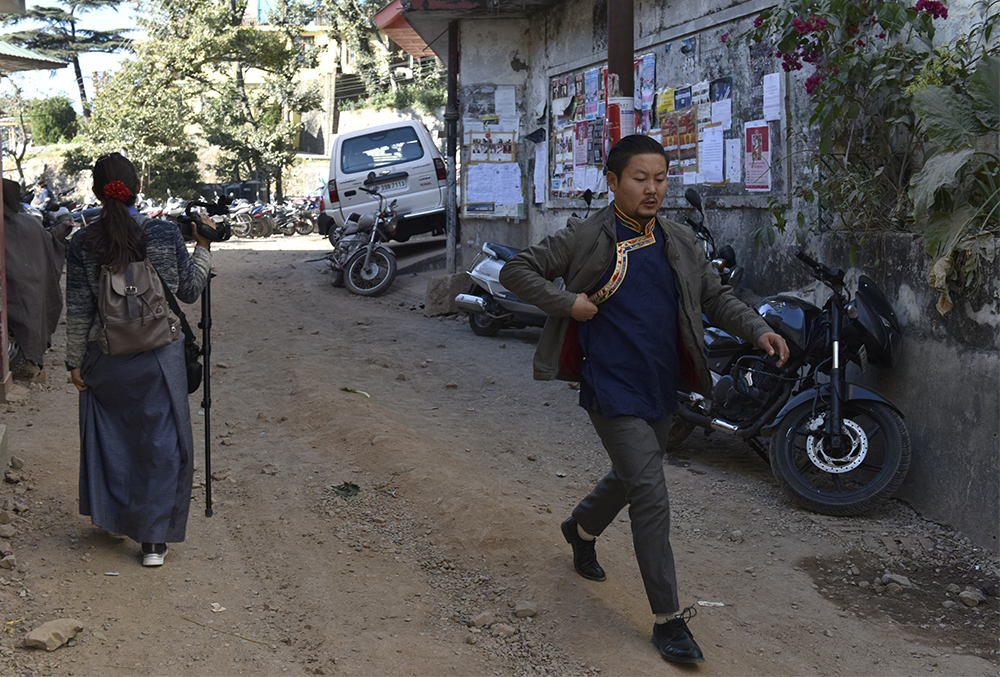 We have over 80-odd staff in our office, which is in fact one of the largest departments in the entire CTA but only one caretaker who prepares tea. As a result, our office kitchen is always busy and noisy with the whirring sound of electronic blenders on Wednesdays. Once the tea is ready to serve, it’s not uncommon to see staff turning up with teacups that is larger than usual. The unusually large teacups are a metaphor for the Tibetan people’s penchant for butter tea, something that has been passed down through generations. Even in exile, particularly in India with its subtropical climate, salted butter tea may not be everyone’s first preference but for us Tibetans, it’s always a delicacy and part of our culture.

Therefore, being a part of this unique movement, I feel proud of this culture that is deeply embedded in us. Although we may not realize it, everything that we do is a reflection of our culture and tradition.

To summarize, our culture is an inseparable part of our identity and Lhakar, even though it’s just one day in a week, is a day to acknowledge, celebrate and remind us of this unique and beautiful culture that has shaped the very identity of Tibetan people for over a millennia. 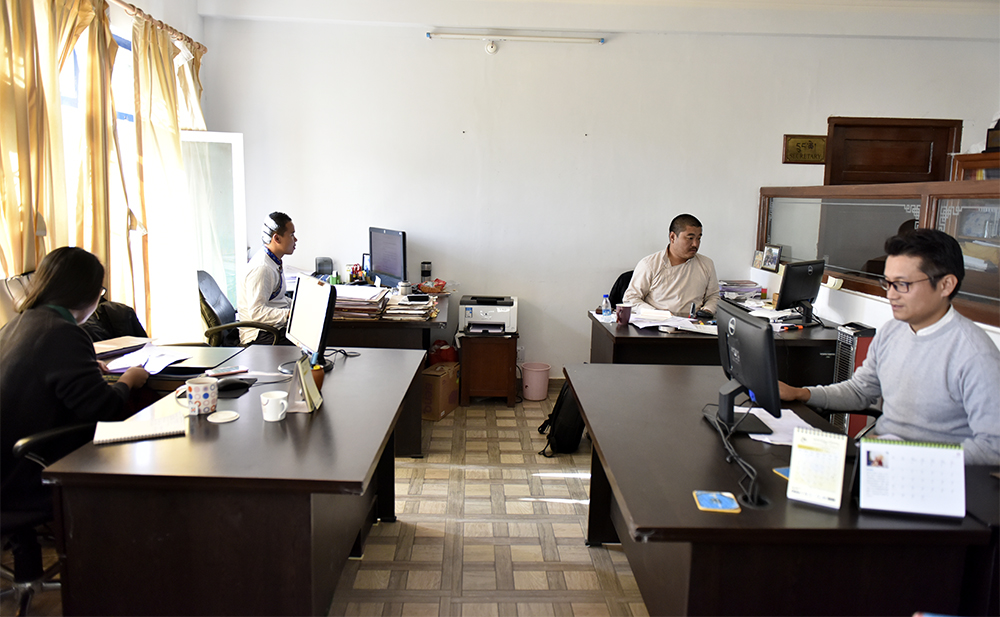