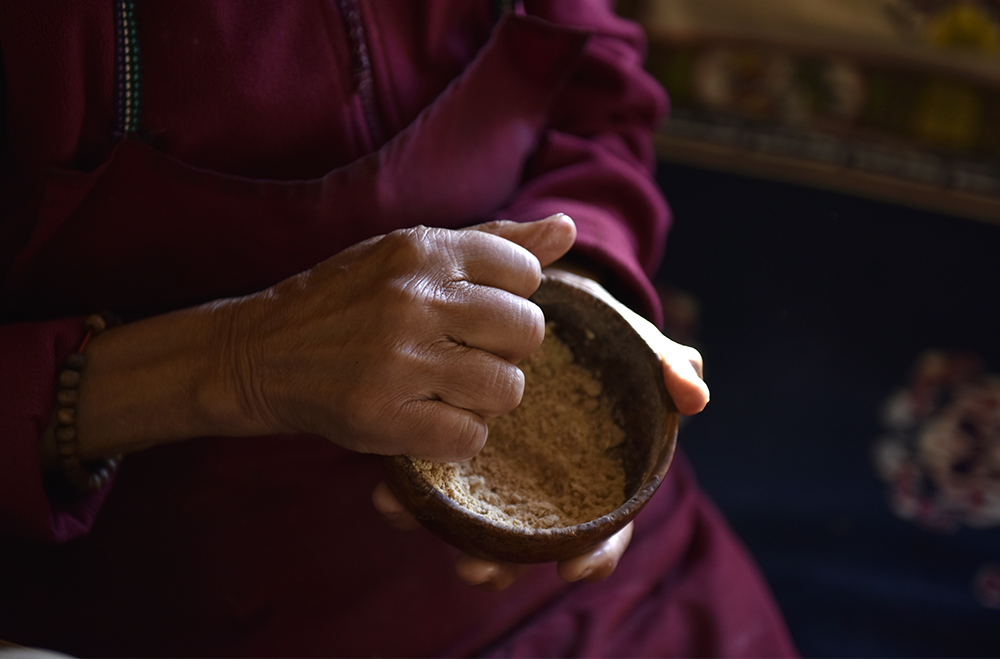 As the sun rose to a new day, I knew that today was a different, special event, because every Wednesday I get to bask in the warm embrace of our Tibetan identity. It is a day where we foster the feeling of being Tibetan, being who we really are. It is a day that bears witness to the resilience of the Tibetan people in Tibet and in exile; a resilience that has outrun the incessant attempt of the Chinese government to root out the very essence of being a Tibetan.

A celebration of Wednesday as Lhakar, white-Wednesday, started out as a grassroots movement inside Tibet in the aftermath of the 2008 pan Tibet uprising.

As a photographer, my attempt has always been to capture the moments and more importantly the feelings. In a similar attempt to do so, today I walked through the narrow streets of Mcleod Ganj, also known as the ‘Little Lhasa’ to capture the Lhakar celebration.

My journey had begun even before I had ventured out into the streets when I caught a glimpse of my grandmother savoring a bowl of pak, a traditional Tibetan meal made from tsampa (barley flour), butter and Tibetan butter tea. 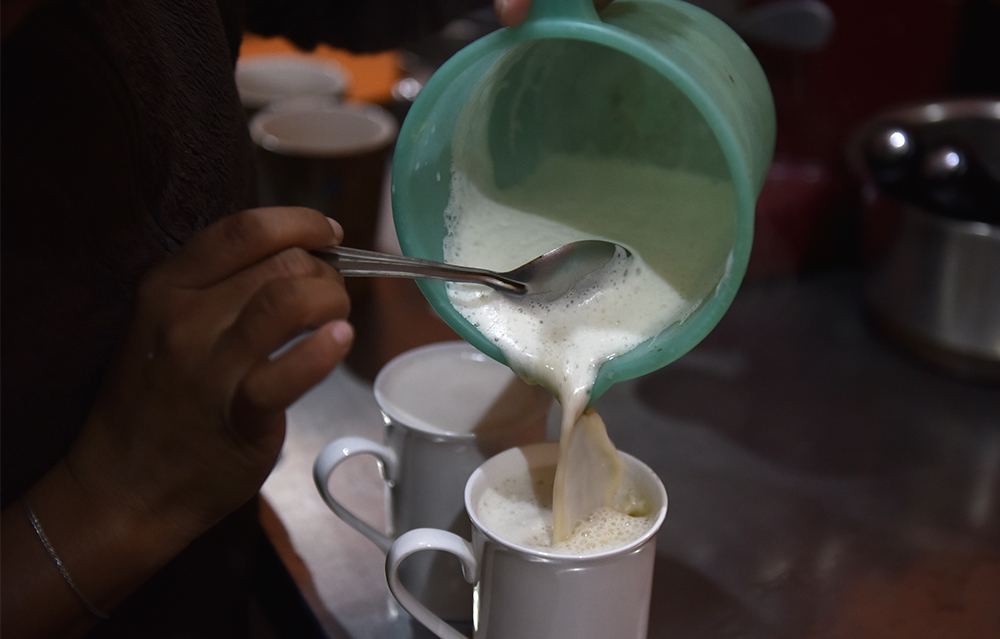 It is not uncommon for a Tibetan family to see the elders making pak out of the mixture in a bowl, skillfully rotating the bowl and mixing the ingredients into a dough with the other hand. It indeed is a work of art, but more so a labor of love when lumps of pak are passed around the family members. 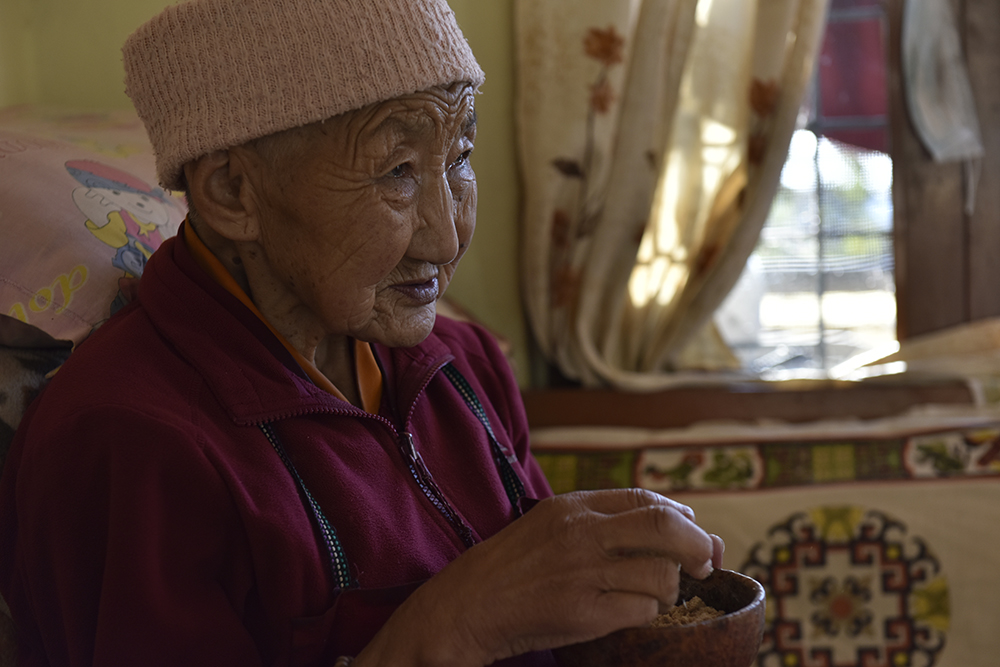 As I get ready to take a picture of my 82-year-old grandmother, her wrinkled fingers dipping into the wooden bowl as if in search of a treasure, making a lump of pak out of the dough she says, this is good for you health. And I believe her.

As I walked my way towards the market through the temple, I met Tibetans in their traditional attire on their way to pay their homage and circumambulate around Tsuglag-khang. 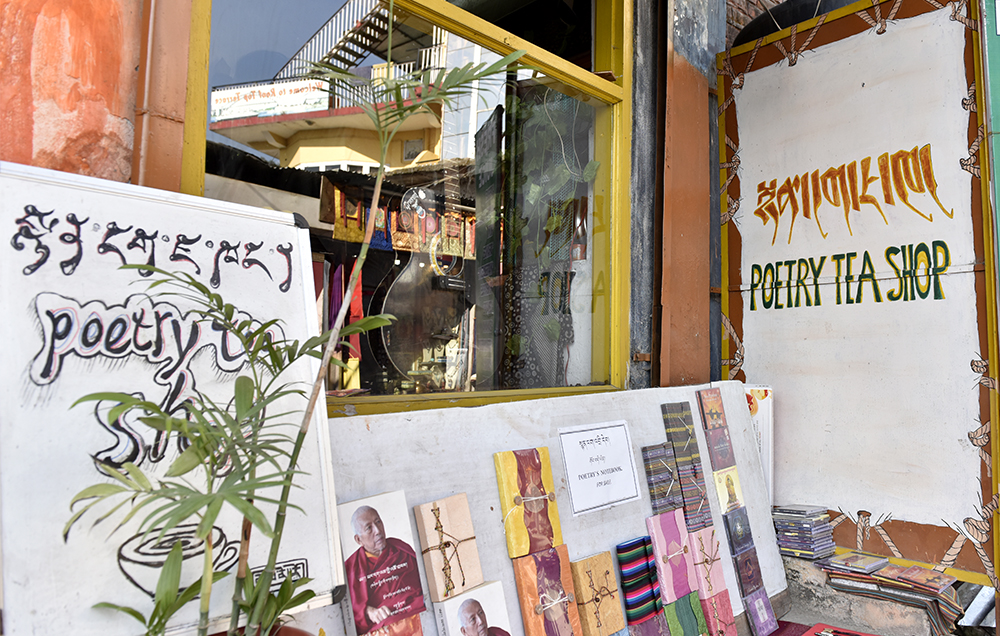 Finding most of the shops and restaurants closed, I realized that many Tibetans had already left either for pilgrimage or for their winter sweater-selling business. But I wasn’t to be deterred from my journey, after a brief walk I found my way towards a small teashop called the Poetry Teashop སྙན་ངག་ཇ་ཁང། with an inscription on a whiteboard detailing today’s’ menu, ‘Tsampa with Yak Cheese Butter and Curd.’ I stepped in to ask the owner, a Tibetan guy wearing notable Tibetan traditional attire if the tsampa on the menu was only on Wednesday. 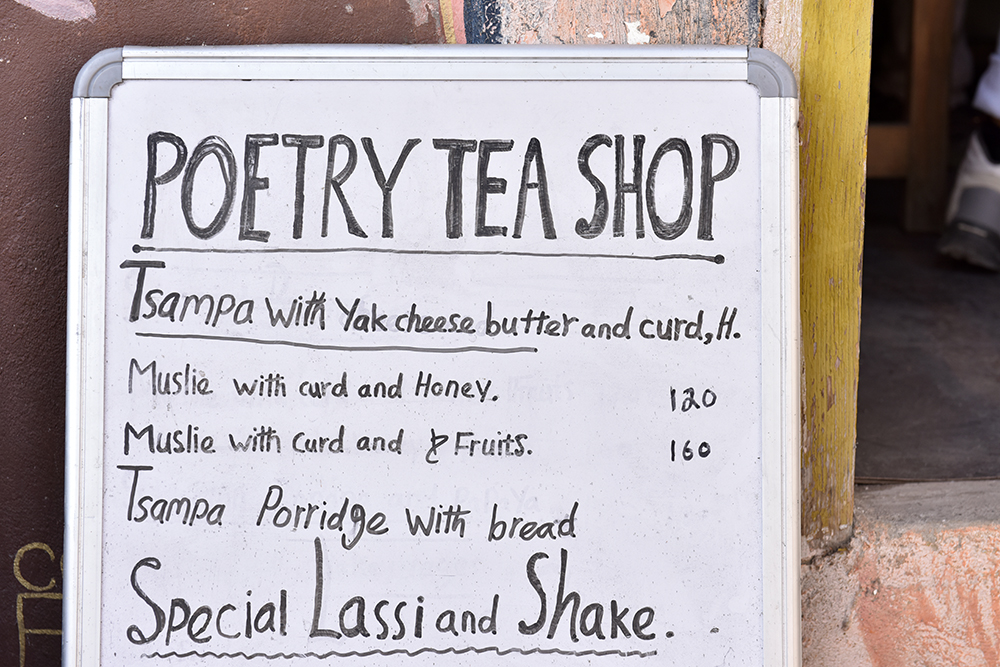 He replied, “No, the menu I have is for a whole week and people love to have it.” 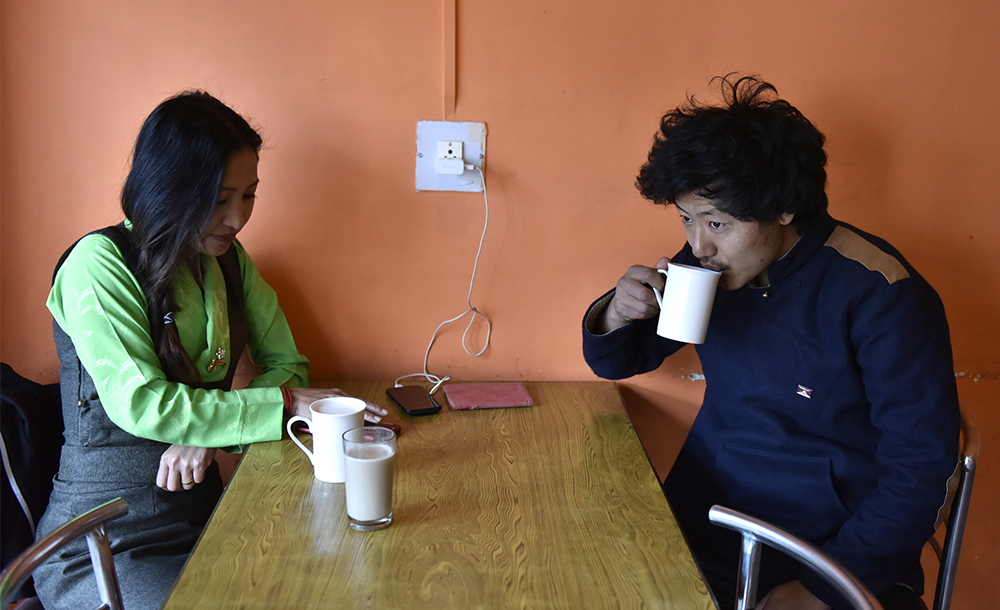 Nearing the end of my journey, I passed through a Tibetan restaurant that had a placard hanging on to the door, which said, ‘Lhakar, Today Only Vegetarian’. 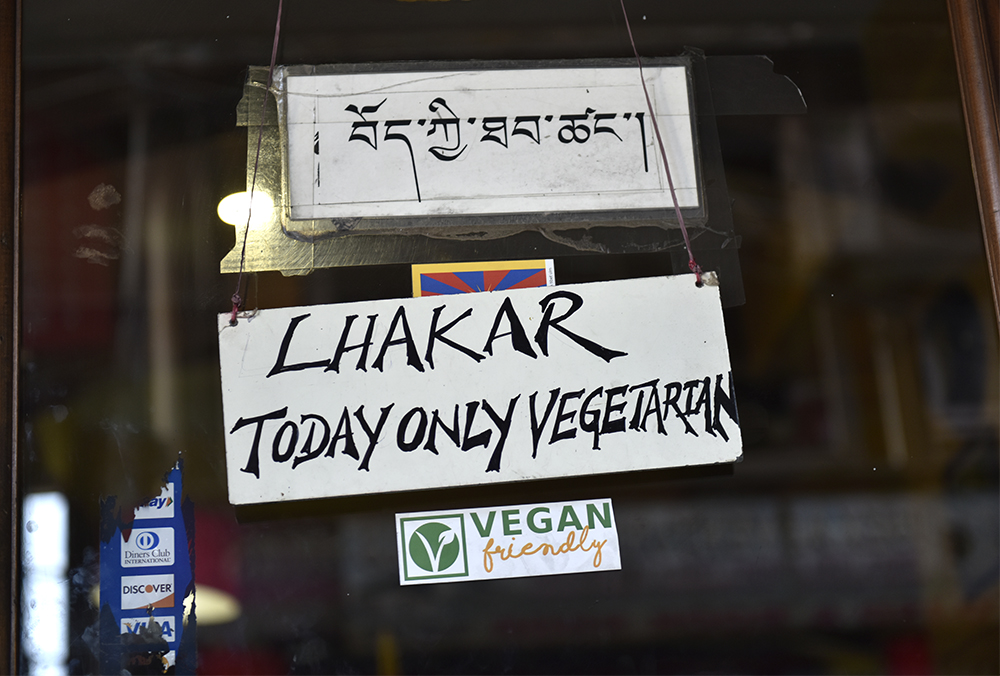 Lhakar, I realized was not doing something new, but rather embracing what we already and proudly are, and that is a Tibetan.