Penpa Tsering sworn in as the Sikyong of 16th Kashag 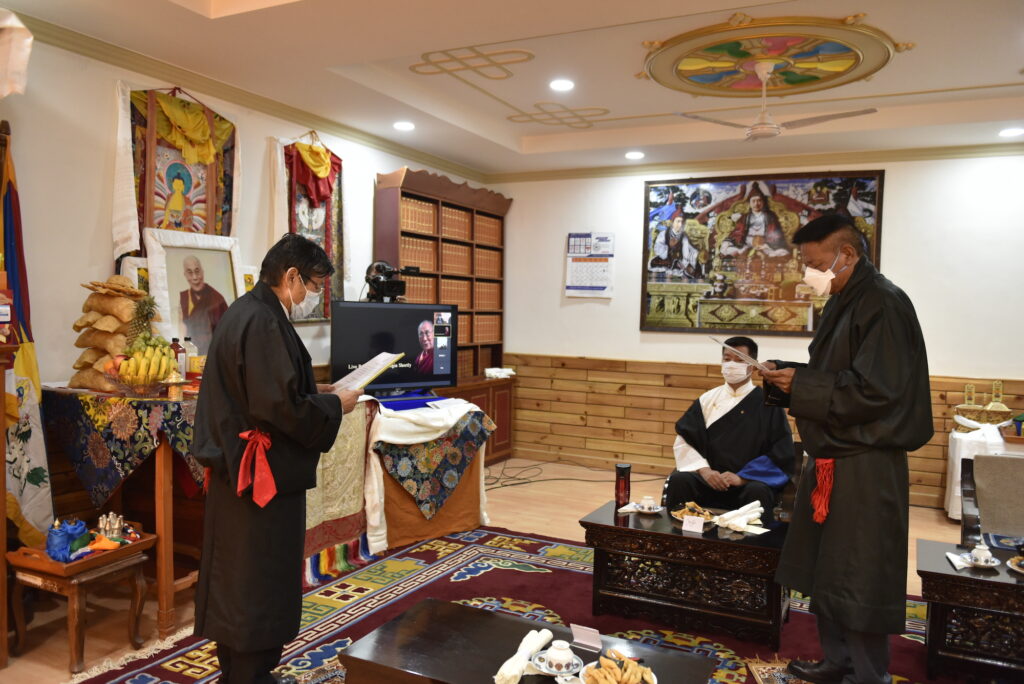 Dharamshala: In what His Holiness the Dalai Lama viewed as yet another “proud day” for Tibetan democracy, Mr Penpa Tsering was sworn in as the Sikyong of the 16th Kashag here this morning at the Tibetan Supreme Justice Commission, Gangchen Kyishong.

Mr Tsering is the 5th directly elected Sikyong (earlier known as Kalon Tripa). He succeeds Dr Lobsang Sangay as the 3rd Sikyong to be elected since the complete devolution of political authority by His Holiness the Dalai Lama in 2011.

His Holiness the Dalai Lama addressed the event virtually and congratulated the new Sikyong Penpa Tsering, while commending the outgoing Sikyong Dr Lobsang Sangay for his outstanding service during his two tenure over the last 10 years.

Dwelling on his efforts to democratise the Tibetan polity in Tibet and later in exile, His Holiness said that the Tibetan democracy in exile is not a sham, but a genuine democracy comparable to all other world democracies.

As Tibetan Chief Justice Commissioner Sonam Norbu Dagpo administered the oath of office and secrecy to Sikyong Penpa Tsering, more than 20 thousand people from across the world watched the event live online with great gusto.

The ceremony completes a smooth transfer of power from the outgoing Sikyong to the new Sikyong Penpa Tsering and his administration. 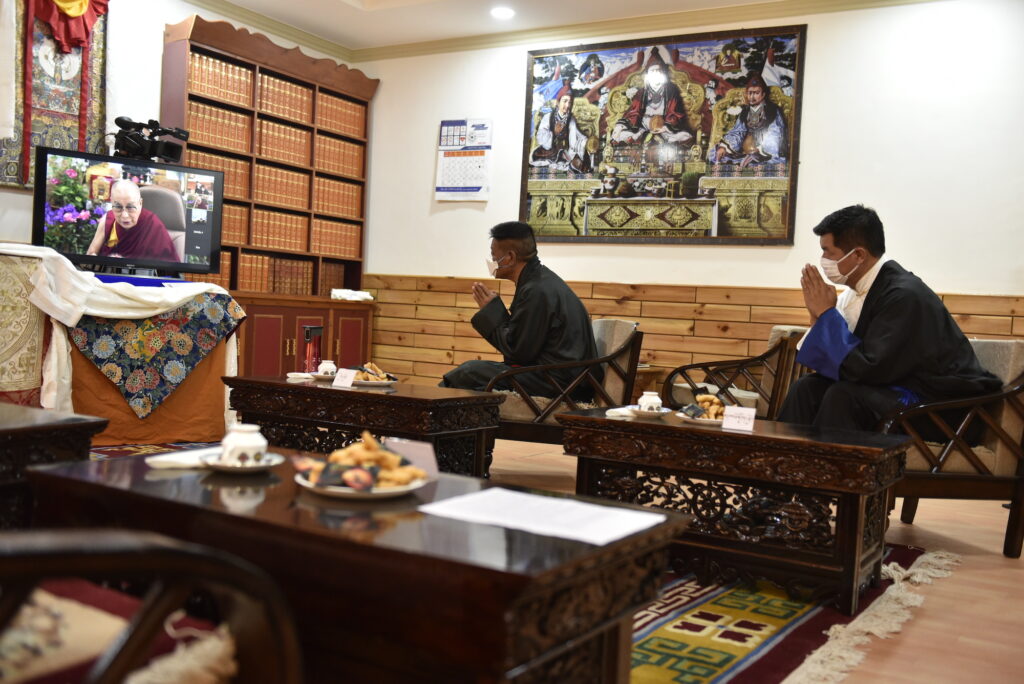 His Holiness the Dalai Lama virtually addresses the newly sworn-in and former Sikyong at the ceremony. Photo/Tenzin Phende/CTA 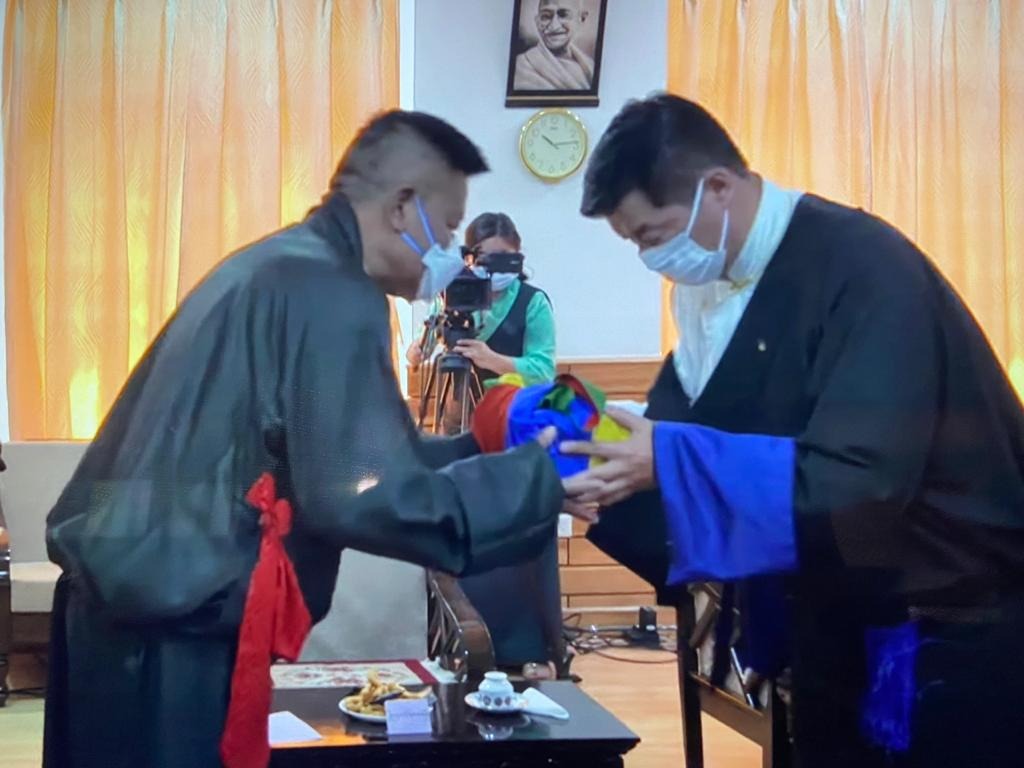 Outgoing Sikyong Dr Lobsang Sangay handing over the Official Seal of the Kashag to new Sikyong Penpa Tsering, at the swearing-in ceremony, 27 May 2021. Photo/Tenzin Phende/CTA