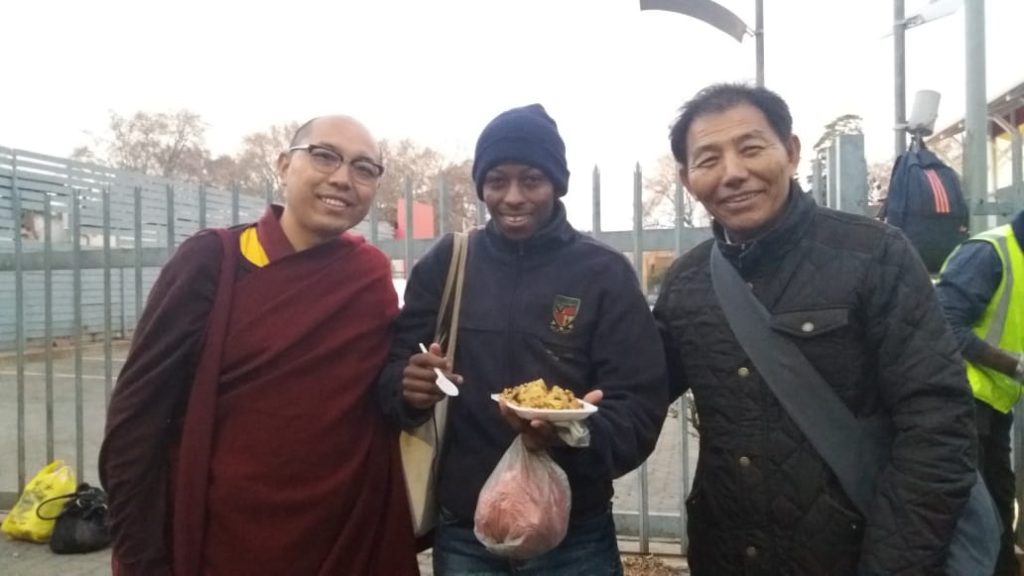 Johannesburg: In collaboration with Kagyu Samye Dzong Buddhist Center Kensington, the Office of Tibet provided meals to more than 150 homeless and poor people living in the inner city of Johannesburg on 17 July to coincide with the centenary birthday celebration of Nelson Mandela as a part of Thank You South Africa event.

Hundreds of people lined up in an orderly manner and meals were distributed. It was a heart-wrenching experience to see the faces of so many people enjoying a modest meal and at the same time seeing our own limitation to fulfilling needs of all people. The meals were prepared in the morning and distributed in the evening by the volunteers and members of the Kagyu Buddhist centre. 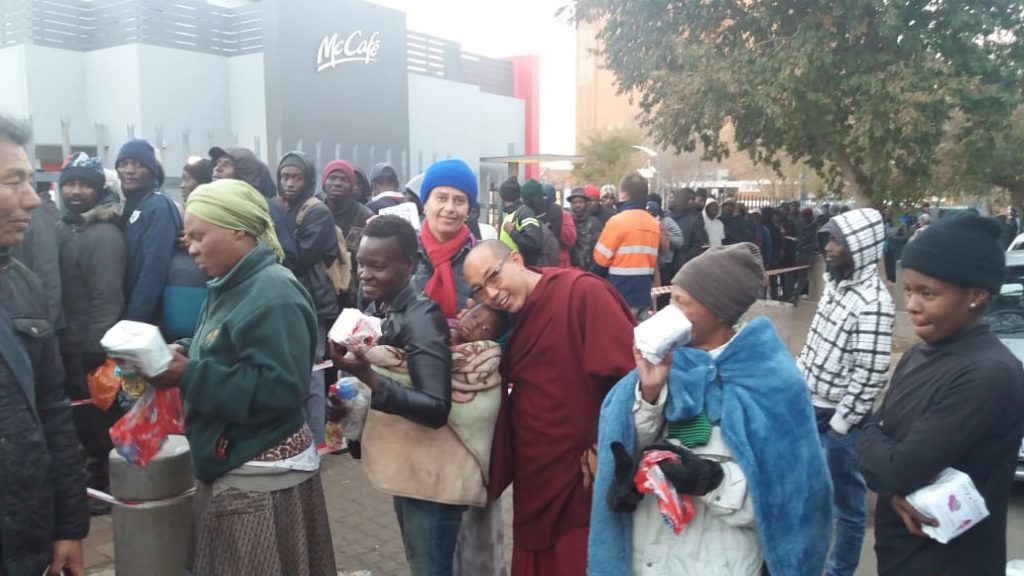 A Homeless person lined up in an orderly manner while meals are being distributed. 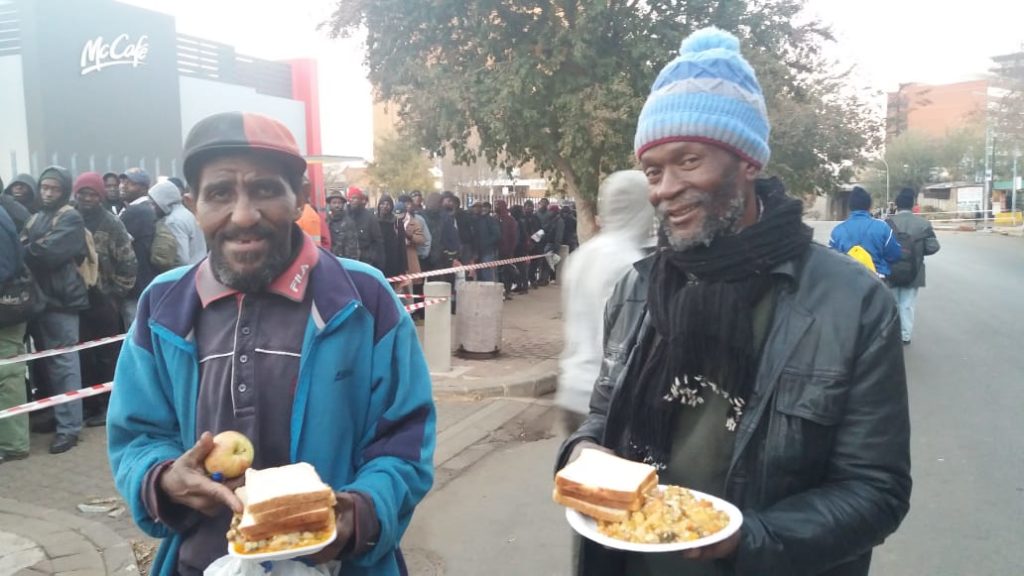 A homeless person with meal distributed during feed the hungry program.