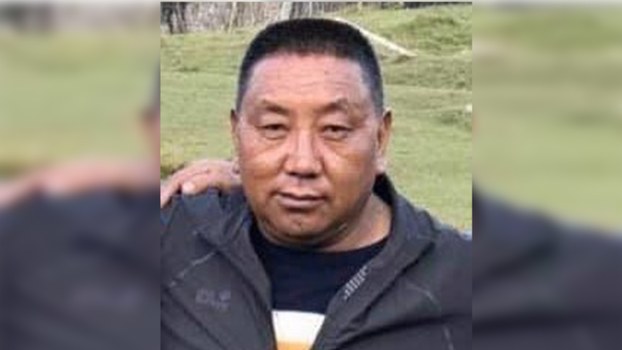 An undated photo of late Tsering Bhakdro from Tibet.

Dharamshala: The UN, EU & Human Rights Desk, DIIR has learned about the death of another former Tibetan political prisoner from prolonged illness due to life-threatening torture sustained in Chinese prison.

Tsering Bhakdro, 51, died on 26th April at his native place in Lhasa after a prolonged illness due to physical torture he endured during his long term sentence in the Chinese prison. He suffered years of poor health following his release in the year 2000.

He was from Gyama village in Maldro Gongkar (Ch: Mozhugongka) county in Tibet Autonomous Region, Lhasa according to our reliable source.

Bhakdro was enrolled in Gaden Monastery in Lhasa when he was young and studied Buddhist scriptures. On 10th June 1992, he and some of his colleagues protested against the Chinese illegal rule in Tibet. They took to the street carrying banned Tibetan national flag and raising slogans calling for Free Tibet and return of His Holiness the Dalai Lama. Immediately the local Public Security Bureau arrested all the protesters at the scene. They were beaten severely and held in Gutsa detention center in Lhasa.

Later Lhasa People’s Intermediate Court sentenced Tsering Bhakdro to an eight-year prison term. In November 1992, he was transferred to the Drapchi prison, notorious for the brutality inflicted on the inmate.

While serving his prison term he was severely beaten and physically and mentally tortured. He was finally released on 9th June 2000 after completing his prison term. Even after his release, he lived under constant surveillance just like other former Tibetan political prisoners.

“Just in May in less than a week, two former Tibetan political prisoners died including Tsering Bhakdro due to the torture they have suffered while they were in prison,” said Ms Tenzin Dhadon of Human Rights Desk, DIIR. “Ironically it seems the more China becomes global power the more it becomes the exporter of human rights violations,” she said.