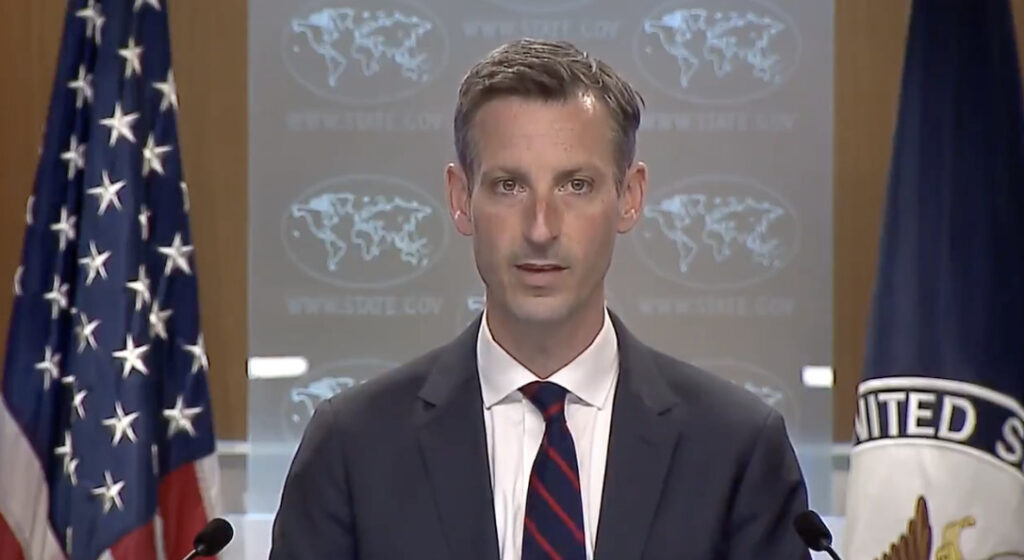 Dharamshala: In week commemorating the Panchen Lama’s 32nd birthday in absentia, the US State Department demanded that China reveal “immediately” the whereabouts of the Panchen Lama, the second-highest-ranking figure in Tibetan Buddhism, 26 years after he was disappeared at age 6.

“April 25th will mark the 32nd birthday of Gedhun Choekyi Nyima, the 11th Panchen Lama who was forced to spend another year disappeared, separated from his community, and denied his rightful place as a prominent Tibetan Buddhist leader,” said Spokesperson Ned Price during a press conference, adding that the United States supports Tibetans’ religious freedom and their unique religious, cultural and linguistic identity.

“We call on the PRC Government to immediately make public the Tibetan-venerated Panchen Lama’s whereabouts and to give us this opportunity to meet with the Panchen Lama in person.”

On 25 April 1995, Panchen Gedhun Choekyi Nyima turned six years old. Barely a month later, on May 15, 1995, the then six-year-old Gedhun Choekyi Nyima chosen by His Holiness the Dalai Lama to be the 11th Panchen Lama was abducted by Chinese authorities along with his entire family.

He has not been seen or heard from since and remains the world’s longest-serving political prisoner.

Since his abduction, the UN Committee on the Rights of the Child (UNCRC) and the UN Working Group of Enforced or Involuntary Disappearances (WGEID) has raised questions on the whereabouts of the 11th Panchen Lama. Similarly, the US Congress, European Parliament, and parliaments of various other nations such as the UK, Canada, various governments, international organizations, and Tibet support groups have released reports, issued statements, and passed resolutions calling for his immediate release.

Earlier this week, the United States Commission on International Religious Freedom (USCIRF) reiterated its call for the Chinese government to release Gedhun Choekyi Nyima, one of USCIRF’s Religious Prisoners of Conscience.

“It has been nearly 26 years since the Chinese Communist Party’s enforced disappearance of Gedhun Choekyi Nyima, who was only six years old at the time of his abduction. As Gedhun turns 32 on April 25 this year, his whereabouts and wellbeing remain unknown. This lack of information is unacceptable,” noted USCIRF Commissioner Nadine Maenza, who advocates for Gedhun Choekyi Nyima as part of USCIRF’s Religious Prisoners of Conscience Project.

The USCIRF renewed its call for the “Chinese government to allow an independent expert to visit and confirm the wellbeing of the 11th Panchen Lama, and to release him immediately and unconditionally.”

“It is despicable that the Chinese Communist Party continues to interfere in the reincarnation of the Dalai Lama and the Panchen Lama,” added USCIRF Commissioner Nury Turkel. “The combination of the level of absurdity and ruthlessness in the CCP’s persecution of the Tibetan community should alarm the international community, which should stand united in calling for the release of the Panchen Lama.”