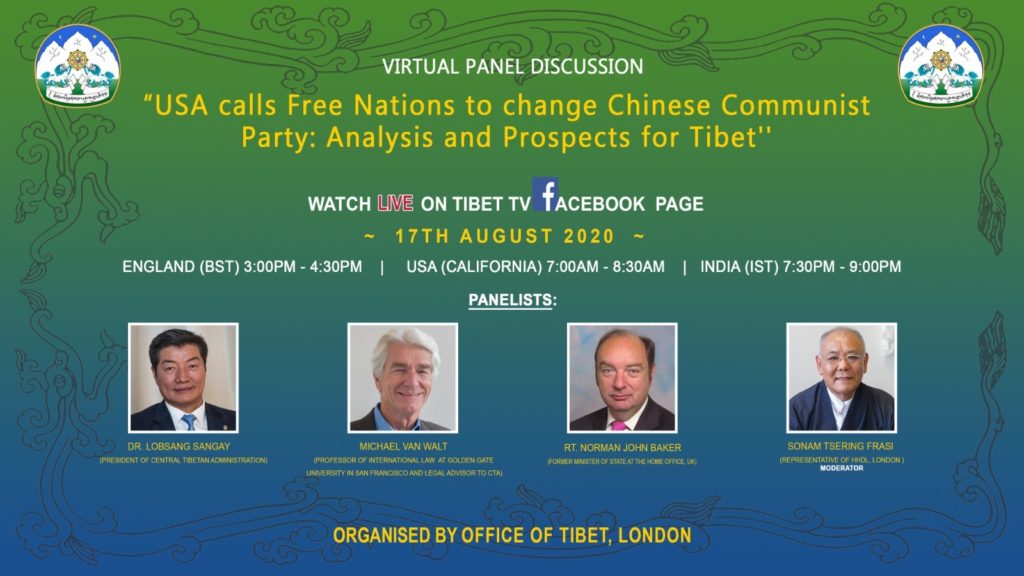 London: The Office of Tibet, London is delighted to host a live panel discussion on Title: “USA calls Free Nations to change Chinese Communist Party: Analysis and Prospects for Tibet” on Monday, 17th August 2020 to bring the Tibet case when the world is waking up to understand the behavior of the Chinese Communist party’s expansionist policy and serious threat to liberal democracy in the world. The panel discussion will be broadcast live on Tibet TV Facebook page and Office of Tibet London Facebook page.

The virtual session is for 90 minutes. Each speaker will speak for 10-12 minutes followed by Q and A.

Mr. Sonam Tsering Frasi, Representative of His Holiness the Dalai Lama for Northern Europe, Baltic States, and Poland will moderate the live event.

-Filed by Office of Tibet London