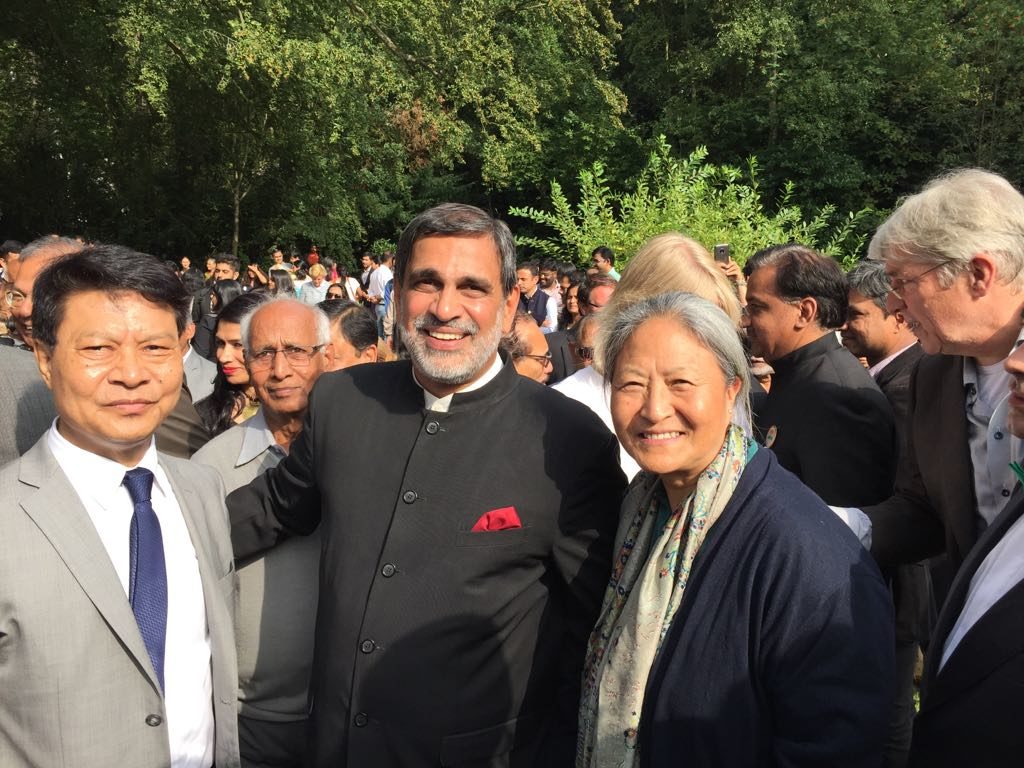 The 72nd Indian Independence Day celebrations at the Hague was organised at the India House (Ambassador’s Residence) in Holland. The function was held in the foreground of the Residence.

Mr Tashi Phuntsok, Representative of His Holiness the Dalai Lama for Western Europe was present at the celebrations. He was accompanied by  Ms Tsering Jampa, Executive Director of ICT, Ms Paula de Wys and Ms Christa Meindersma.

The function commenced at 10 am with the hoisting of Indian tri-colour accompanied by a rousing signing of Indian national anthem. His Excellency Ambassador Venu Rajamony addressed the gathering and read out the official address of the President of India.

He urged the gathering to support the activities being planned by the mission ahead of Gandhi Jayanti to promote the precepts of non-violence. He also informed the public about Indian students activities in Holland.

The function ended with cultural performances followed by snacks and refreshments. 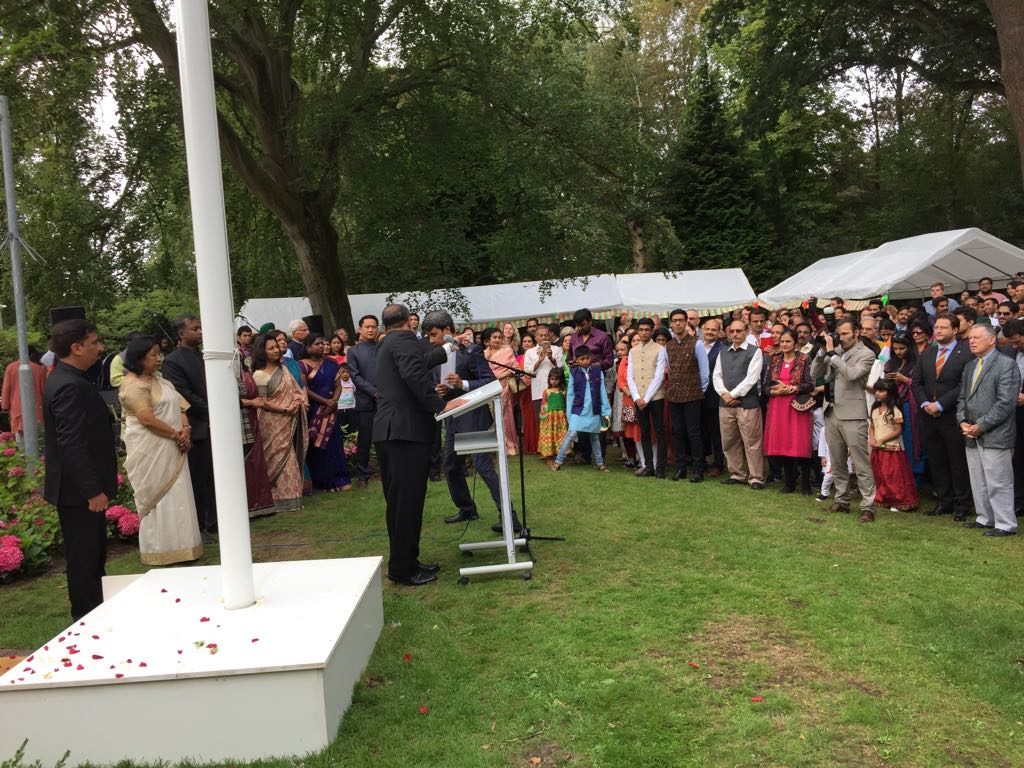 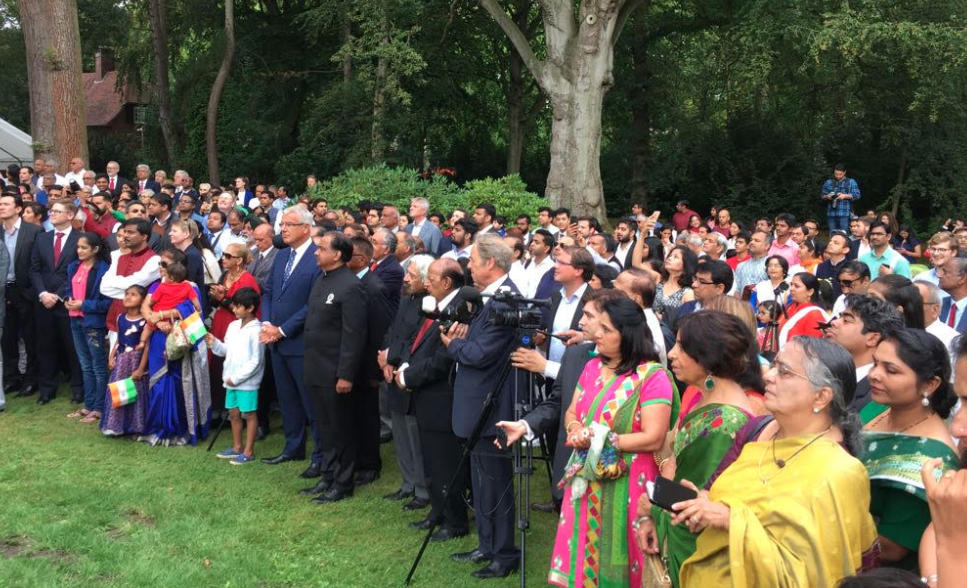