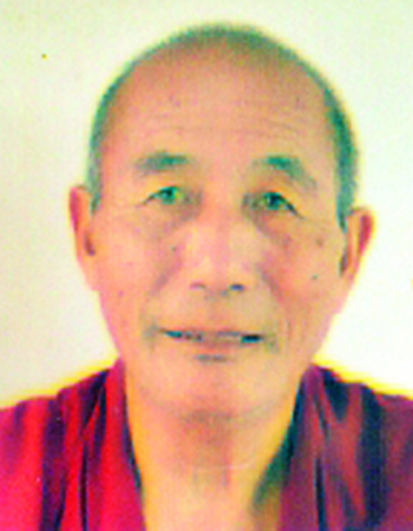 Ven Choedak was born in 1941 in Nagshoe, Driru county, Nagchu prefecture in eastern Tibet. At the age of 10, he joined the Rabten Monastery and became an ordained monk. In the following years as the entire Tibet came under the brutal occupation of Tibet, more than 98 percent monasteries and nunneries were decimated and 99.9 percent monks and nuns were disrobed. Like thousands of Tibetan monks and nuns across Tibet, Ven. Choedak was forced out of the monastery and into hard labour. The genocidal occupation of Tibet coupled with Mao’s cultural revolution eventually led to mass uprisings and revolts across Tibet. Ven. Choedak was part of one such mass uprising in Driru country in 1968 which was brutally suppressed by the Chinese forces. In September 1969, he was arrested and imprisoned for 12 years.

After his release in September 1981, Ven. Choedak committed towards revival and preservation of Tibetan Buddhism. He worked tirelessly to revive the monastery in Driru and others in Lhasa. In 1996, he came to exile in India to seek blessings of His Holiness the Dalai Lama and since coming to exile, Ven. Choedak dedicated many Buddhist retreat and practices to the long life of His Holiness.