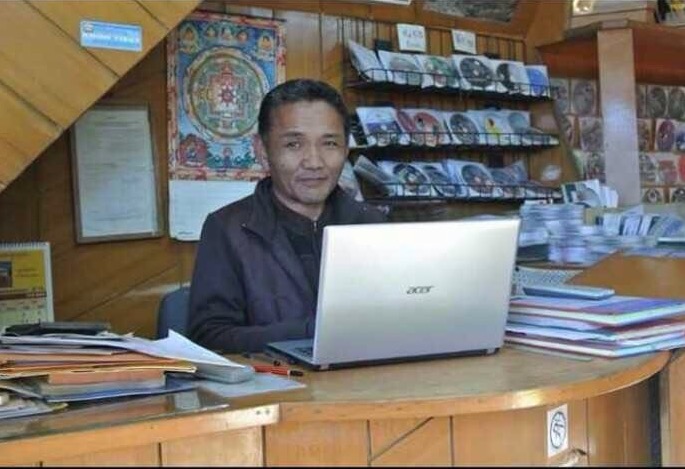 DHARAMSHALA: The Central Tibetan Administration today held a prayer service to mourn the sudden and untimely demise of Under Secretary Phurbu Tsering who has been working as the storekeeper of DIIR’s CTA information center in Mcleod Ganj. He passed away after a prolonged illness at Dayanand Medical College & Hospital in Ludhiana where he was undergoing treatment on 24 September 2017 at 5:10 pm.

The prayer service was attended by Commissioners of the Tibetan Supreme Justice Commission along with staff and officials of the Central Tibetan Administration. All the offices of the various departments were shut from 04:00 pm as a mark of respect.

Secretary of the Kashag Secretariat Topgyal Tsering delivered the condolence remarks for the deceased during the prayer service.

Undersecretary Phurbu Tsering was born on 7 December 1963 at Paonta Cholsum Tibetan settlement in Himachal Pradesh. He did his schooling from Upper Tibetan Children’s Village school in Dharamshala till 12th Standard. He went to college in Chandigarh and attained a Bachelor’s degree.

He joined the Central Tibetan Administration in 1996 as an Office Superintendent for the Finance department’s various business enterprises. Following the privatisation of all business enterprises owned by the finance department during the 12th Kashag, he was appointed as the store keeper of Department of Information and International Relation’s information centre based in Mcleod Ganj on 1 March 2004. He was promoted to the post of Section officer (equivalent) on 3 April 2009. He was promoted again to the post of Under Secretary on 22 July 2016.

Late Phurbu Tsering has dedicated over 21 years of his life towards the Central Tibetan Administration and has served with sincerity and determination till his untimely demise on 24 September 2017. 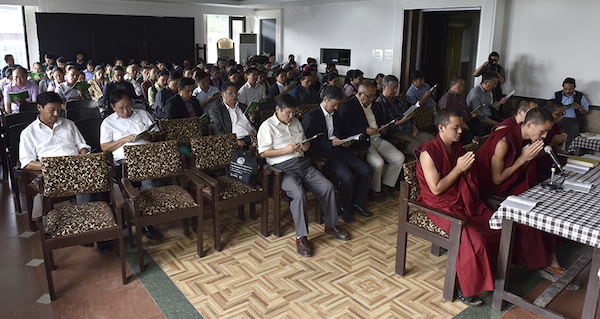 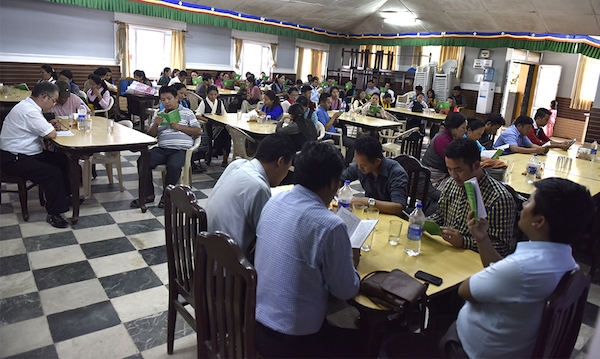 Staff of Central Tibetan Administration at the prayer service for late Phurbu Tsering.