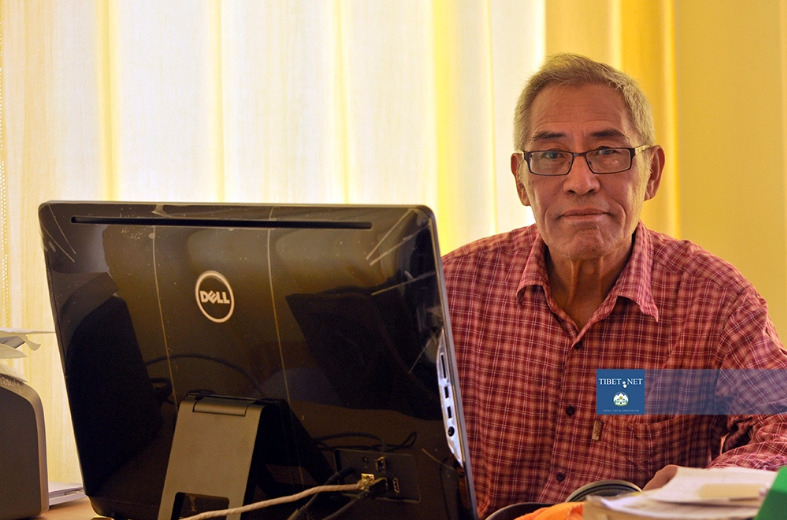 Dharamshala: Thubten Samphel, a veteran diplomat, bureaucrat and civil servant of the Central Tibetan Administration (CTA) passed away suddenly this morning on 4 June.

He was a former Secretary of the Department of Information and International Relations (DIIR), CTA, who last served as the Executive Director of Tibet Policy Institute.

The DIIR expresses the deepest sorrow at the loss of a simple yet one of the most intellectual civil servants who had served the CTA for nearly forty years. The unexpected demise of Kungo Samphel is mourned by all who will remember him with fondness and admiration.

Known for his intellectual and academic bent of mind, Kungo Samphel had authored several books, including, “Falling Through the Roof”, “The Dalai Lamas of Tibet” (co-authored), and “Copper Mountain.” He had also written extensively on Tibet for Indian and international newspapers and reputed journals.

DIIR Kalon Norzin Dolma said, “While honouring the tall legacy of Kungo Thupten Samphel la for his dedicated service, inspiring personality and huge contribution to the Tibetan cause through different portfolios, most especially in the DIIR, we offer our heartfelt prayers and sincere condolences to the family members during this time of grief and loss.”

Thubten Samphel was born in 1956 in Lhasa to a humble family who worked for Yabshe Taktse family. At the age of six, he escaped Tibet to India with his elder brother. Following his arrival, he was admitted to Tibetan Refugee Nursery (Presently TCV) and sent to Dr Graham’s Homes in Kalimpong later. He studied B.A and M.A in History from St. Stephen College, Delhi University. During his master’s program, Samphel worked as an apprentice under Secretary Tenzin Geyche Tethong in the Office of His Holiness the Dalai Lama for a year.

In 1980, he joined the CTA and was promoted to Deputy Secretary in 1982. In July 1985, Kungo Samphel was selected as a member of the Fourth Fact-Finding delegation led by Woeser Gyaltsen Kundeling. The delegation visited north-eastern Tibet and China during which he was designated as the official photographer of the delegation.

In 1988, he was among the first group of Tibetan Fulbright scholars to study in the United States and studied journalism at Columbia University, New York. During this period, he also interned at Congressman Charlie Rose’s office for a month, becoming probably the first Tibetan to work as an apprentice in the US Congress.

Upon completion of his studies in the US, Thubten Samphel continued his service in the CTA in various capacities. He briefly worked at the Office of Tibet, New York in 1991 and in 1992, he joined the Tibetan Refugee Welfare Office in Kathmandu as Joint Secretary until his transfer back to DIIR in 1995. He served as the editor of the Tibetan Bulletin for many years in DIIR and was promoted to the Information Secretary in 1991. He served in this position as well as the official spokesperson of the CTA until 2012.

In 2012, he was appointed as the Executive Director of the newly-established Tibet Policy Institute, a think tank of the CTA. On 2 November 2018, he retired after serving for more than 38 years at the CTA.

-Report filed by Department of Information and International Relations, CTA 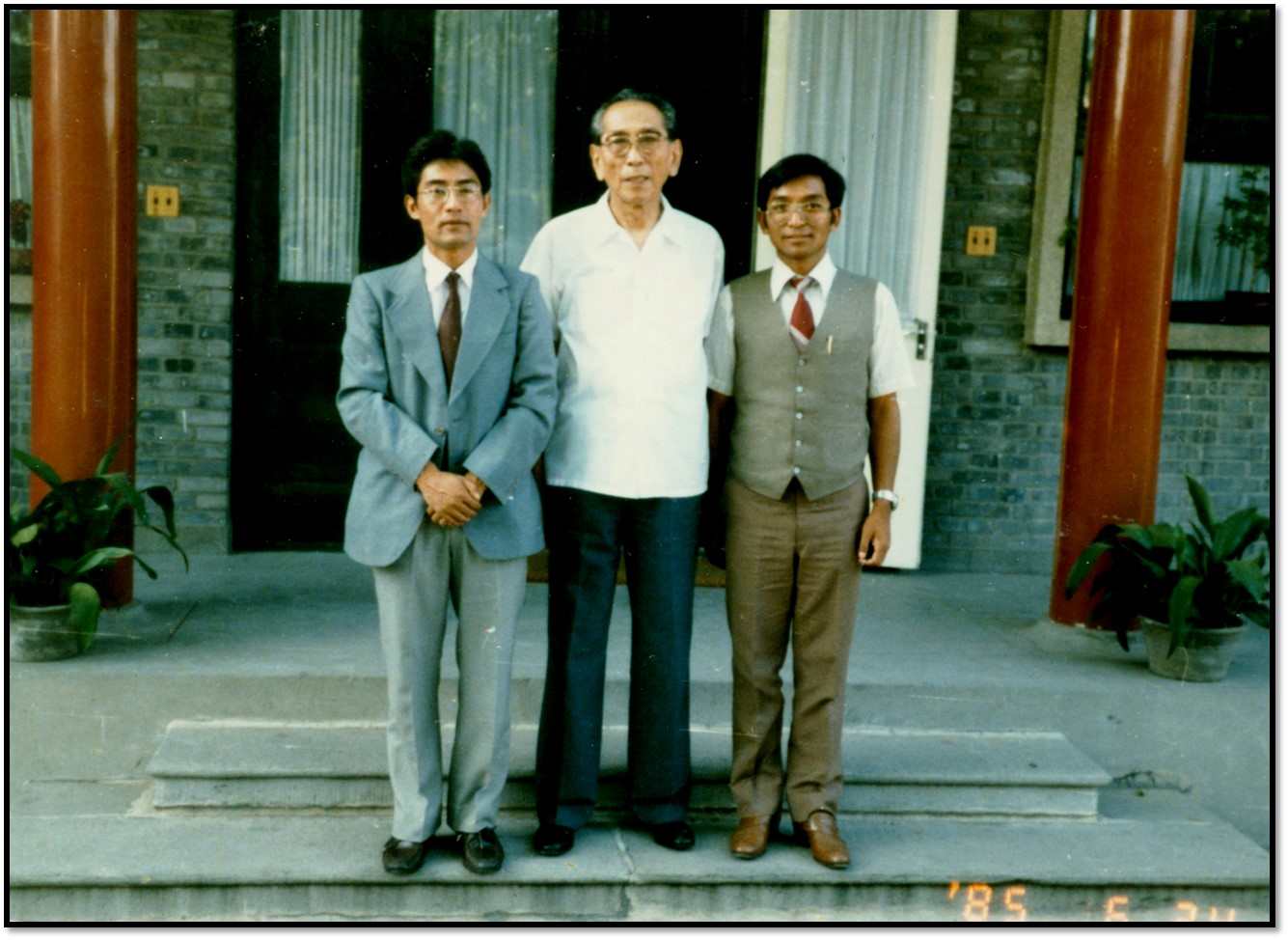 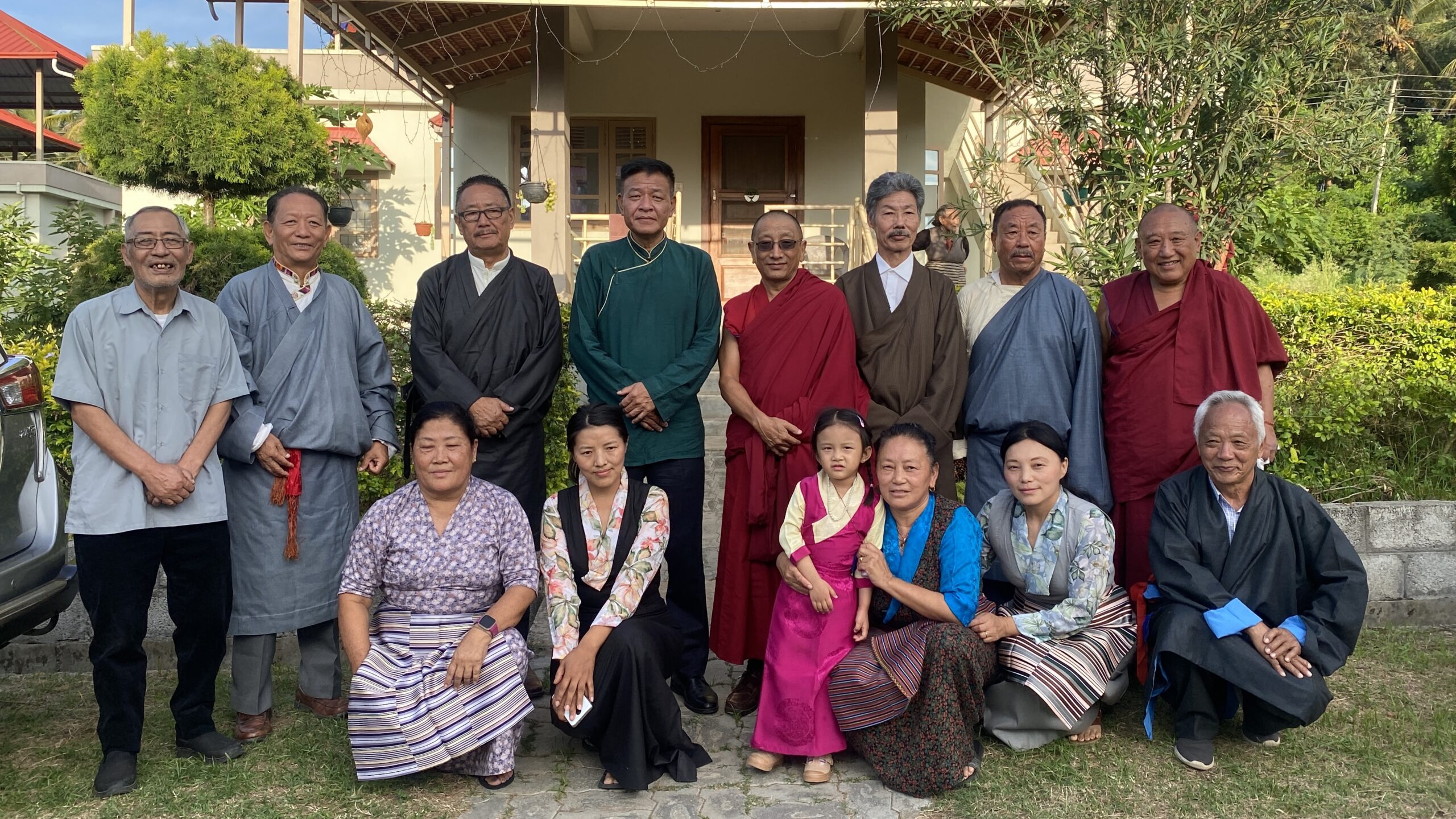 Thubten Samphel (first person on the left of back row) among retired CTA officials with Sikyong Penpa Tsering during the latter’s maiden visits to Southern Tibetan settlement on 1 June 2022.