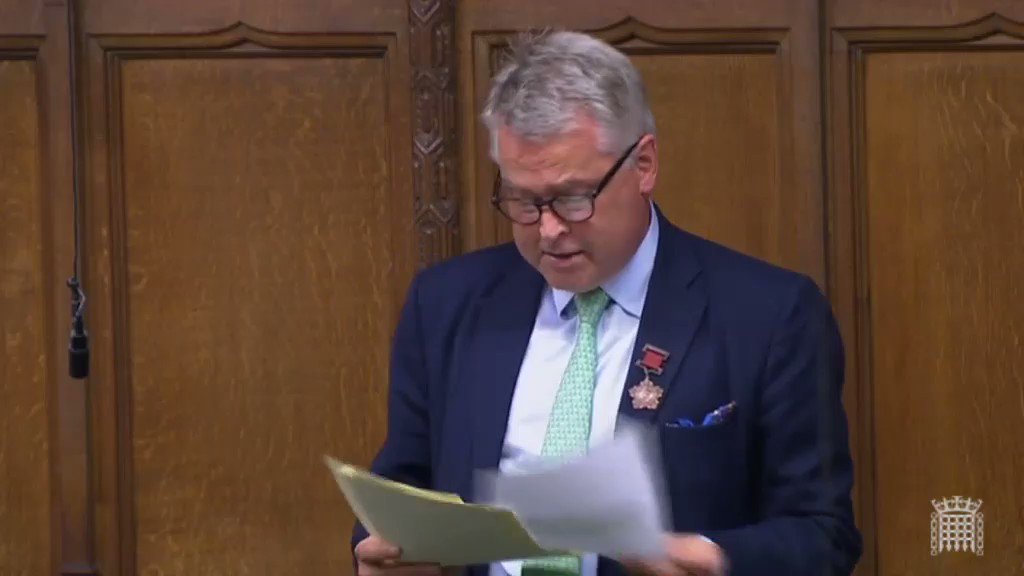 London: MPs in the House of Commons approved a parliamentary motion calling for a diplomatic boycott of the Beijing 2022 Winter Olympics in China on Thursday 15th July. The motion was passed after almost two hours of debate on Beijing Olympics and Chinese Government Sanctions. This motion was proposed by Honourable Tim Loughton, MP for East Worthing and Shoreham, and Chair of All Party Parliamentary Group on Tibet.

Tim, in his powerful speech, said that the 2022 Winter Olympic games should not be hosted in a “country whose government is credibly accused of mass atrocity crimes”.

He added the UK should decline invitations for its representatives to attend the Winter Olympics next year unless the Chinese government “ends the atrocities” occurring in the Xinjiang and Tibet.

Tim re-tabled his Tibet (Reciprocal Access) Bill and said the US Congress unanimously passed the Bill on which it is based—why can’t we? he said.

Conservative MP Tom Tugendhat also a chair of the Foreign Affairs Committee, in his remarks said one way we can respond China is by standing up and making it clear that we do not accept the legitimacy of the regime, and that we do not accept its right to so change the truth and so violate the reality of the world in which we live that it can use the ultimate evidence—the ultimate moment of propaganda—of the global success of rules, fairness and integrity, and twist, contort and divert it to its own nefarious ends.

Liberal Democrat MP Were Hobhouse, also a member of APPGT, congratulate Tim Loughton and thank him for securing this debate. She added “Tim knows how much I support him in his very active campaigning in calling out the human rights abuses of the Chinese Communist party against millions of its own people, and it is such a very important debate that we are having today.”

Conservative MP Sir Iain Duncan Smith said “Everything is political in a communist regime. Every single aspect of people’s lives is governed by a communist political regime. Our Government must recognise that they are no longer dealing with a decent organisation that would uphold freedoms; they are dealing with a dictatorial, militaristic, intolerant and oppressive regime. Every time that we give China public demonstrations such as the Olympics, we do ourselves and, worse, the Uyghurs, the Tibetans and all those oppressed people a disfavour. Let us stand up for freedom, democracy and human rights and not back these games.”

Labour MP Navendu Mishra in his speech said
“ I would like to draw the House’s attention to the situation in Tibet. At the time of the last Olympics held in China, in 2008, thousands of Tibetans took to the streets to protest and were brutally suppressed, with hundreds killed. The full total of deaths remains unknown. Since then, we have seen the forced erosion of Tibetan culture, from the replacement of the Tibetan language with Mandarin in schools to the repeated use of arbitrary detention and widespread torture. In addition, large religious communities have seen thousands of residents forcefully removed and their homes demolished. The rich Tibetan culture, Buddhist religion and Tibetan language are being forcefully eroded, and freedom of thought, opinion, expression, religion and conscience is being not just undermined, but actively eradicated.”
Conservative MP Nusrat Ghani said “My anxiety is that if we have diplomats and politicians attending the Beijing Olympics—the genocide Olympics, as they have been referred to—it enables the CCP to sportswash what is happening in Xinjiang and it makes a mockery of everything we stand for. When the Foreign Secretary talks about: “Internment camps, arbitrary detention, political re-education, forced labour, torture and forced sterilisation—all on an industrial scale”

Many other MPs participated in the debate and finally, Minister of Asia MP Nigel Adam in his concluding remark said “We are deeply concerned at reports of coercive control, restrictions on freedom of religion or belief and labour transfer schemes in Tibet. We have drawn attention to the human rights situation there, including most recently in a ministerial statement at the UN Human Rights Council.
Let me end by saying that no decisions have yet been made about ministerial travel to the Beijing winter Olympics. If there is a Division on the motion today, the Government will therefore abstain.“

The motion was unanimously passed in the house of common after almost two hours of thoughtful and meaningful debate.

Report file by Office of Tibet. 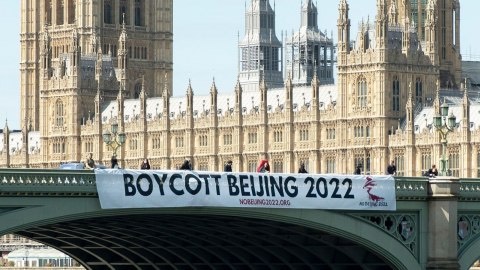